Getting married, and staying so, is altogether a different ball game. And for those who thought that getting married once or even twice was enough of an experience, you should take a look at a few Bollywood celebrities, who have done so thrice or even more.

Well, as Shakespeare said “good luck lies in odd numbers”, we see that third time works a charm for some. So, here are the Bollywood celebrities who got married not twice but thrice and in some cases, four times!

Jimmy Used To Make Fun Of Priyanka, She Took Her Revenge By Marrying Him Taking about favourites of the film industry, Kishore Kumar, referred as Kishore Da, married four times. The legendary singer married Ruma Guha Thakurta in 1950. Their marriage lasted for eight years post which, Kishore Da married the silver screen beauty, Madhubala, in 1960. This union ended after nine years with Madhubala’s sad demise. Kishore Kumar’s third wife was yet another Bollywood actress, Yogeeta Bali; their marriage lasted for the short time span of two years. In 1980, Kishore Da again fell in love with Leena Chandavarkar, another young Bollywood actress. Their union saw an end after the sad demise of Kishore Da. 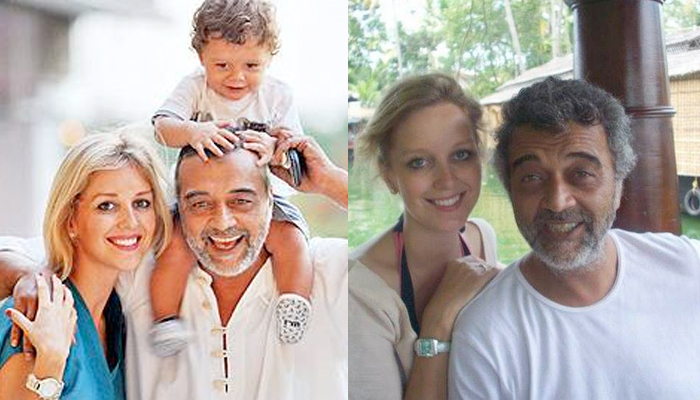 Lucky Ali, the man of multiple skills and talents, was quoted saying “I’m not suited for one marriage." His first wife was Meaghan Jane McCleary, from New Zealand, who acted in Ali’s hit music video ‘O Sanam’. The couple has two kids. His second wife Inaya also has two kids with him. Lucky Ali got married for the third time in 2010, to a British model, Kate Elizabeth Hallam and the two have a son as well.

Don't Miss: Lucky Ali's Love Life: A Man Who Was Open To All His Wives That He Is Not A 'One-Woman' Person Although not an actor, Siddharth Roy Kapur, in his position as the head honcho of UTV, has enough clout to throw around the tinsel town. He tied knot with the industry’s bold and beautiful, Vidya Balan, in a Punjabi-Tamilian mix wedding in December 2012. Siddharth Roy Kapur’s first wife was his childhood friend, while his second marriage was to a television producer from whom he separated in 2011. Bollywood’s Khalnayak, Sanjay Dutt also had two wives before he tied the knot to his current lady-love, Manyata, in 2008. Sanju Baba’s first wife was Richa Sharma, who passed away in 1996, due to a brain tumour. In 1998, Sanjay Dutt married Rhea Pillai, a model whom he divorced in 2005. He is currently married to Manyata and has two little adorable twins with her.

Also Read: Sanjay Dutt On Ex-Girlfriend Tina Munim: I Am Very Possessive About Her [THROWBACK] 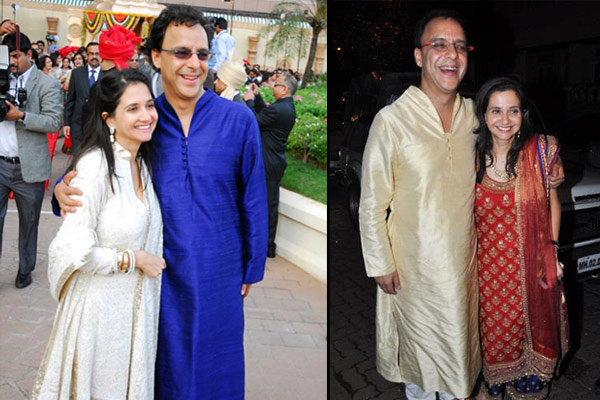 3 Idiots producer, Vidhu Vinod Chopra too got hitched thrice. His first marriage was with a film editor Renu Saluja, and his second wife was Shabnam Sukhdev, daughter of a short-film maker. Both of his marriages ended in a divorce. Chopra then met his third wife, writer and film critic, Anupama Chopra, and the two instantly fell in love. They got married in 1990. Well, another one who has recently joined this club is the model-actor Karan Singh Grover. He first married television actress Shraddha Nigam in 2008, whom he divorced within 10 months of their marriage. Karan's second marriage was with his Dill Mill Gayye co-star, Jennifer Winget. The two got married in April 2012 and they got divorced in 2014. And later, Karan got married for the third time with none other than Bong babe of Bollywood, Bipasha Basu in April 2016. The entire Bollywood came to bless this cutesy couple. We hope Karan gets lucky in marriage at least the third time! 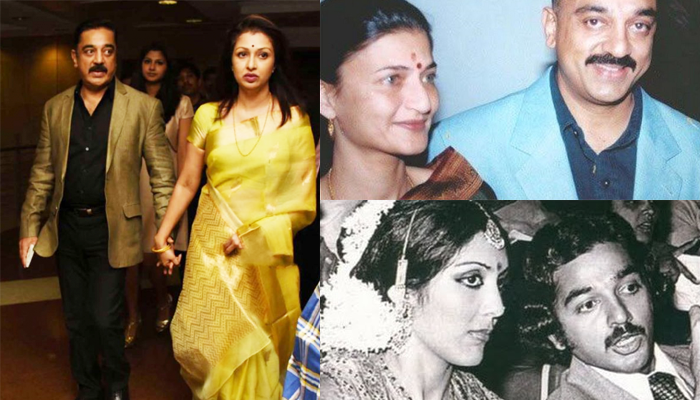 The legendary actor and now a politician, Kamal Haasan, had his first marriage way back in 1978 with the classical singer, Vani Ganapathy. The couple didn’t have any kids and got separated 10 years later. Kamal Haasan then went on to marry the actress, Sarika with whom he had two children- Shruti Haasan and Akshara Haasan. But even this marriage didn’t last forever, and the couple got divorced in 2004. After Sarika, Kamal Haasan started a live-in relationship with actress, Gautami. It was never made official as to whether they ever got married, but rumours were rife that they did tie the knot. Eventually, in 2016, they announced their separation.

Recommded Read: Kamal Haasan Has Been In Relationship With 5 Women, But Still Alone At The Age Of 62 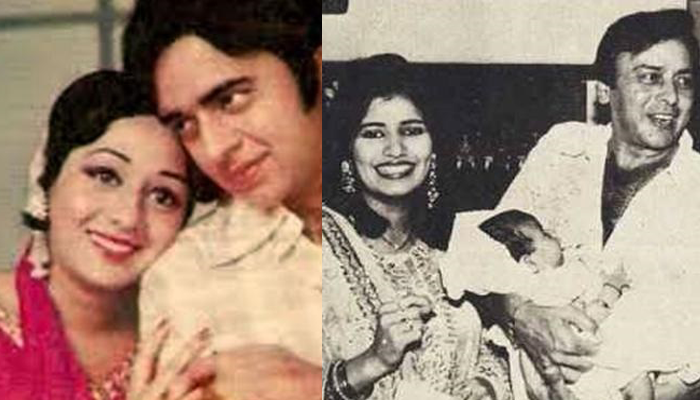 Late Bollywood actor, Vinod Mehra was the heart-throb of the Hindi film industry in the 1970s and 1980s. Naturally, all the leading ladies were attracted by his charm. Vinod’s first marriage was an arranged one with Meena Broca which was not consummated. The couple got divorced owing to the trust issues because of Vinod’s alleged affairs with the other actresses. He then married the actress, Bindiya Goswami and even this marital knot got broken eventually. His last and third marriage to Kiran lasted until his death in 1990. The couple had a son and daughter- Soniya Mehra and Rohan Mehra. The only actress to have made it to this list, Neelima Azeem is Shahid Kapoor’s biological mother. Her first marriage was with the veteran actor, Pankaj Kapur in 1975 which lasted till 1984, 3 years after Shahid was born. Her second marriage was with the actor, Rajesh Khattar, from 1990 to 2001. The couple has a son- Ishaan Khattar. Neelima's third marriage to Raza Ali Khan, lasted only five years (2004-2009). The veteran Bollywood actor, Kabir Bedi didn’t marry thrice, but four times! His first marriage was with Bengali dancer, Protima Bedi from 1969 to 1974. Kabir Bedi’s second marriage with British-born fashion designer, Susan Humphreys. The couple got divorced later, and then he got married to TV presenter Nikki in the 90s and even that didn't last long. His fourth marriage finally happened with Parveen Dusanj at the age of 71. 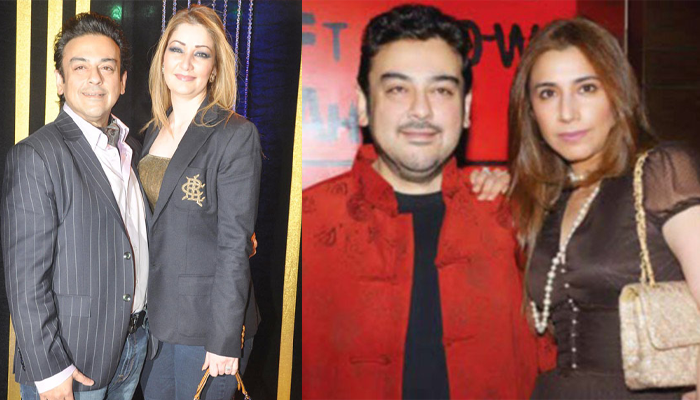 This playback singer who is an inspiration to many people when it comes to ‘fat to fit’ transformation, Adnan Sami have had three marriages in his kitty. Adnan’s first marriage was with the actress, Zeba Bakhtiar whom he wedded in 1993. Together, they had a son whom they named, Azaan Sami Khan. He then got married to a Dubai-based girl Sabah Galadari and their marriage lasted from 2001 to 2004. And his third and current marriage happened with an Afghan-origin German girl, Roya Faryabi in 2010. They also have a daughter, Medina.

Recommended Read: Adnan Sami's Love Life: After Having 3 Failed Marriages, He Is Now Happy In His 4th Marriage

Celebs do believe in the institution of marriage, but who said that the institution cannot be formed again and again? These were the Bollywood celebrities who got married not twice but thrice and even more!