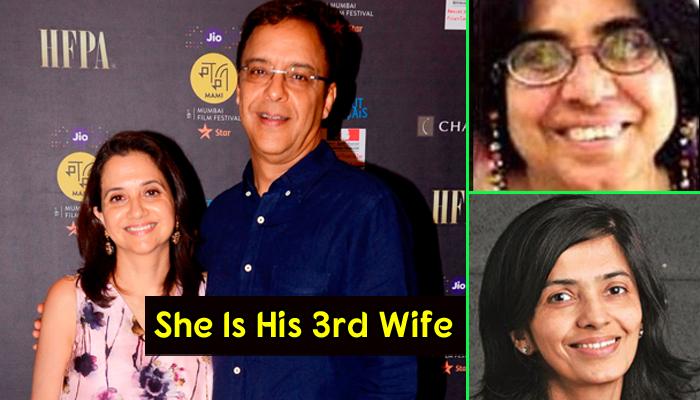 Movie fans very much appreciate the hard work of Bollywood producer and director Vidhu Vinod Chopra. Well, he is also known for his arrogance and attitude in the industry and as a person who achieves what he sets out for. After all, he is the person who has given us an engaging and entertaining mix of movies like Parinda, Munna Bhai series and 3 Idiots.

But then there is a lot more to him than his cinematic career and talent. The reigning director and producer also has an unknown romantic side and a bumpy matrimonial journey. Cupid struck him not once or twice but thrice. But he sailed through all and is finally celebrating his married life with scriptwriter Anupama Chopra. Let’s have a look at a matrimonial which is filled with love, affection and respect.

Vidhu Chopra and Renu Saluja’s is a campus love story. The then 19-year-old Chopra fell in love with her at the Film and Television Institute, Pune. Renu was then pursuing the editing course over there and found her Prince Charming in Vidhu Chopra. During their formative years, both felt the same for each other and decided to get hitched. 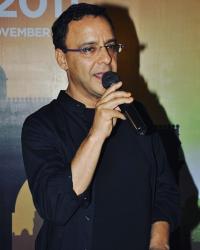 Besides reciprocating the feelings for each other, the lovebirds Vidhu and Renu also made a successful career together. The couple joined hands for the first time as professionals with Chopra’s diploma film Murder at Monkey Hill that was released in 1976. While Saluja handled the editing, Chopra did the direction and fortunately, the couple won the National Film Award for the Best Experimental Film in 1977. The teenage sweethearts had a happy wedlock but soon the things became complicated when Renu denied bearing a child. Chopra’s efforts to convince her went in vain and finally, they drifted apart. It was a mutual decision and they went ahead with a legal separation in 1983. However, the couple remained friends but unfortunately, Renu left the world in 2000 due to cancer. Eventually, a wonderful love story came to an end.

Even though his first marriage crumbled, the unease never affected his ability to be optimistic in life. He moved on in his life to marry a short-film maker Shabnam Sukhdev somewhere in the mid-1980s. But reportedly this marriage didn’t work out properly either. Soon the couple backed away and let go of their marriage with mutual consent.

Vidhu Vinod Chopra was not a person to be bogged down easily. He continued to dream and fall in love. He soon ignored his past and the cupid struck him once again. He fell in love with a journalist named Anupama Chopra who approached him for an interview in 1989. Well, it was not a great first impression by Anupama as she irked the director by asking about the things from his past. As per the director, it was not a fulfilling interaction and he spoke rudely about it to Anupama. As per him, she should have done a good research work before her arrival. Of course, the journo could not stand the insult and thought of never meeting him. But the destiny had something else in the store and the couple met yet again.

Beginning of a relationship

Vidhu Vinod’s Parinda got released in 1989 which left everyone including Anupama awestruck. She pushed her mother and scriptwriter Kamna Chandra to work with Chopra to which he gave his acceptance. He asked Kamna to work on his film 1942: A love story. This is how Anupama and Vinod Chopra’s acquaintance started. Meetings started happening and it did not take too long for them to fall in love.

The couple got married in late 1990 and have been in a rock-solid marriage since then. They have been happy in their spaces and their relationship proves that it’s never too late and you are never too old to fall in love or get married.

Head over heels in love

One is a filmmaker and the other is a film critic but the duo stands together with their different perspectives and brings out the best in each other. In fact, Vidhu was so much in love with Anupama that he made a movie Kareeb (1998) as a tribute to her. He once said in an interview:

“It’s the best thing that has happened to me. She is very different from me — she is very quiet, extremely intelligent and smart. It’s been a wonderful relationship, and I am grateful that it has been so great. It’s also because we are very different. I am very proud of her.”

So, it’s all about the zeal and passion in a relationship. The uneven matrimonial journey of Vidhu Vinod Chopra is a great example to reflect that “Love is possible for more than once in a lifetime”. It’s all about the right time, person and hope. Age and number hardly counts in matters of love.