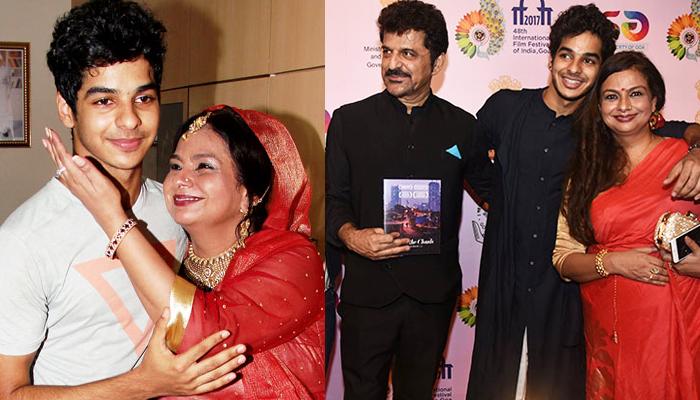 The relationship between a mother and her child is undeniably the most pious one in the world. Young Bollywood actor, Ishan Khatter who is all set for his film Beyond The Clouds to release has something to say about his relationship with his mother, Neelima Azeem. (Also Read: Sonam Kapoor And Anand Ahuja Will Shift To London Post-Wedding, Details Inside!)

However, before we get into that let us give you some context. Ishan Khatter is the son of Neelima Azeem and Rajesh Khatter, who also happens to be an actor. But before marrying Rajesh, Neelima was earlier married to veteran actor, Pankaj Kapur with whom she bore the famous Bollywood heart-throb, Shahid Kapoor. But Neelima’s marriage with Rajesh also failed and the couple got divorced in 2001. She then married Ustad Raza Ali Khan. (You May Like: 2 Marriages, 1 Divorce And Yet, Together They Form A Happy Family: Pankaj Kapur's Marriage Story)

Clearly, it wouldn’t have been a cakewalk for both Ishaan and Neelima. In an interview to the Bombay Times, Ishaan said, “I was very young when my parents separated, and later, my mother remarried. For six years, I stayed with my stepfather (Ustad Raza Ali Khan) and my mother. Then, they separated and I saw her go through two broken marriages and her struggle to keep things together.”

Recalling the sacrifices that Neelima made during her son’s childhood and how indebted he is, Ishaan added, “She would often put her own feelings in the back seat to take care of others. That’s an act of selflessness. For many years, I saw her go through emotional strain and difficulties. She had more on her plate than she could deal with while taking care of us. I often saw her go through changes in her personality. She is a lovely person, that’s why it’s important for me to give her all the comfort, happiness and satisfaction I can. I have great admiration for her.” 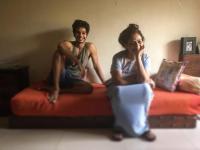 Talking about his childhood, the 22-year-old actor was quoted as saying, “I can’t say that my childhood was easy or difficult, and I can’t relieve those days, but what I can say is that it made me grow up faster than other kids. It taught me a lot and made me the person I am today. I am emotionally strong, passionate, empathetic and sensitive towards others, especially the people I love.” (Suggested Read: Ileana D'cruz And Andrew Kneebone Are Probably Expecting Their First Baby Together)

About his equation with his father, Ishaan said, “As for my father, I developed a friendly equation with him once I grew up. He has seen BTC (Beyond The Clouds) and has loved it. Even today, my mother and father are good friends, like they were before their marriage. That has helped me a lot.”

On the professional front, Ishaan’s film, Beyond The Clouds, is scheduled to release on April 20, 2018. He will next be seen in Shashank Khaitan’s Dhadak opposite Sridevi’s daughter, Janhvi Kapoor. Dhadak is slated to release on July 20, 2018. 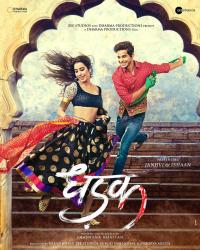 Next Read: When Ziva Wanted A Hug From Her Papa MS Dhoni During An IPL Match, Watch The Video