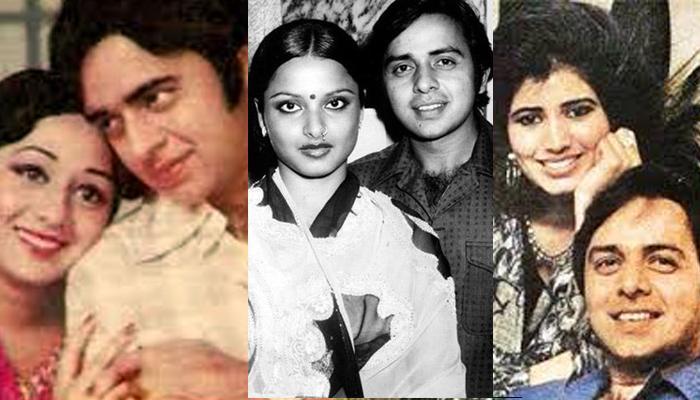 The child artist who started his journey with the movie, Raagni as a younger version of Kishore Kumar went on to give Bollywood some of its all-time favourite classics like Amar Prem and Anurag. Born with a beautiful face and a handsome personality, actor Vinod Mehra lived in everyone’s heart.

But some pretty faces do not get it easy. Vinod Mehra’s personal life was not as marvellous as his career graph. The man who was taken away from the world a lot sooner saw a lot of ups and downs before he passed away at the age of 45. Let’s throw some light on the life of the then-superstar, Vinod Mehra. 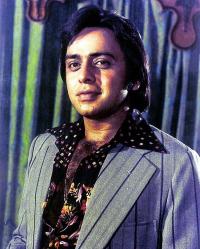 The Punjabi boy, Vinod Mehra made his adult debut with the movie, Ek Thi Rita and instantly became everyone’s favourite. He gave one hit after another and his method-acting was appreciated by all the directors and the producers who worked with him. While he was enjoying success in the entertainment industry, his parents thought that it was time that their son ties the knot.

Also Read: 5 Top Bollywood Singers And Their Partners Who Have The Perfect Love Stories

A meeting was arranged between Vinod Mehra and Meena Broca and let’s just say that it was a successful meeting as it led to their wedding. The two got married in the early 1970s and chose Mehra’s house in Mumbai as their humble abode. They were enjoying their marital life when Vinod had his first heart attack. It took him a while to recover but things between the husband and wife were never the same after that.

A love that wasn’t loyal

As soon as Vinod was back on his feet, he grew closer to his co-star, Bindiya Goswami. He had an affair with this lady, with whom he had worked in various films. Bindiya and Mehra were always discreet about their relationship as the man already had a wife. They would have been successful in keeping their extramarital affair away from everybody’s gaze for longer had it not been one of their own who leaked the information about their relationship to a tabloid. This raged the Broca family and they even threatened Mehra and suggested him to mend his ways.

The situation became worse and Vinod and Bindiya had to move from hotel to hotel to keep themselves safe. There were rumours that the two had secretly tied the knot which raged the Borca family even more. However, Meena’s family finally got their revenge when Mehra’s new wife ran away with her new lover.

Suggested Read: 9 Bollywood Stars And Their Tragic Love Stories That Had A Sad Ending

Mehra and Bindiya tied the knot in the early 1980s which was also the time when Vinod’s popularity was on a decline. It is believed that this was one of the main reasons why Bindiya started getting close to J.P. Dutta. She eloped with Dutta, leaving Mehra on his own. Vinod tried to get his love back but Bindiya decided to stay with Dutta. She is still married to him.

A friend and a lover

One of the most appreciated Bollywood jodis on the 1970s was of Rekha and Vinod Mehra. The two were good friends since the beginning but never got the chance to take their friendship to a different level. During the 70s, Vinod was caught-up between Bindiya and his wife, Meena and Rekha had her infamous affair with Amitabh Bachchan. In the late 1980s, they both were alone and decided to take their relationship further. 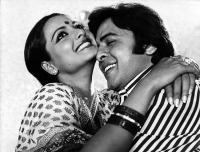 It is believed that the two even secretly tied the knot which was later denied by Rekha. If the sources are to be believed, Mehra took Rekha to her home after they tied the knot but this gesture wasn’t appreciated by Mehra’s mother. She was so angry with Rekha that she even tried to beat Rekha with her slippers. A sobbing Rekha couldn’t take it which ended Mehra’s relationship with her.

After his break up with Rekha, Mehra was heart-broken but he finally found a girl who seemed like his best match. The girl was Kiran. The daughter of a wealthy businessman from Kenya, Kiran married Vinod in 1988 and moved to India to live with him. Soon, the couple welcomed their son, Rohan and daughter, Soniya. Everything was looking good for Mehra and the family but the destiny had something else in mind. In 1990, Vinod Mehra had his second heart attack. It was more severe than the previous one and Mehra couldn’t recover and passed away. It was too hard for Kiran and the kids to let go of the man of the house so early. Vinod was just 45 years old when he left the world. Kiran moved back to Kenya with the kids.

Vinod Mehra may not be with us anymore but we know that even after all the ups and downs, he had the love and support of his family when he died. He has given us so many precious movies which will always be cherished. His son, Rohan made his debut with the movie, Bazaar alongside Saif Ali Khan. We are sure that he will be the torch-bearer of the Mehra family.