Virat Kohli Credits Wifey, Anushka Sharma For Changing His Temperament And Bringing Patience In Him

Virat Kohli Credits Wifey, Anushka Sharma For Changing His Temperament And Bringing Patience In Him

Virat Kohli and Anushka Sharma are the power couple of the glamour world. In a recent online session, Virat gave all the credit to his wife, Anushka for bringing patience in him. What is the one thing you love about being in a relationship? It is obviously the love showered upon you by your partner with all those pamperings. And the relationship becomes more meaningful when a couple surpasses all the ups and downs by holding each other’s hand. Marrying the one, who loves you immensely and makes sure of your well-being is the most important element of a strong marriage. Bollywood actress, Anushka Sharma had met the man of her dreams in Indian cricket team captain, Virat Kohli. (Also Read: Milind Soman And Ankita Konwar Completed Two Years Of Marital Bliss, Post Love-Filled Wishes)

Anushka Sharma and Virat Kohli culminated their Rab Ne Bana Di Jodi into the sacred thread of marriage on December 11, 2017. The frequent appearances of Anushka in Virat’s cricket matches sparked off the rumours of the two being madly in love and dating each other. The two had stayed mum about their relationship but being spotted everywhere had confirmed that they were head-over-heels in love with each other. One look at this lovely couple will make you fall in love with them. 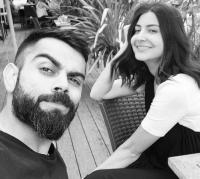 We have all seen how Virat would lose his cool during his matches, but after his marriage to Anushka Sharma, a complete change has been witnessed by all his fans. In terms of his temper, the Indian cricket team captain is a lot calmer than he earlier used to be. And all credit goes to his beautiful wife, Anushka. Recently, Virat addressed students on motivation in an online session, he talked about being impatient earlier and gave all the credit to his wife from whom he learned how to remain patient, no matter how bad the situation is. (Also Read: Sushmita Sen Shares A Lovely Couple Yoga Video With Boyfriend, Rohman Shawl) 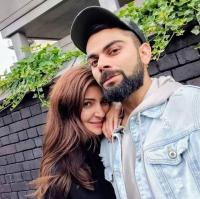 He also stated that he learnt many important lessons after he met her. Talking further about how Anushka has always inspired him, he retorted, “The learning from one another that we have had, looking at her personality, looking at her composure in situations has really inspired me to fight it out. Even when things are tough you have to swallow your ego and keep being there in adversity, keep fighting your way out and eventually you will find a way. So that’s what I have seen her do and I have learnt from that.” 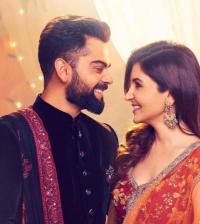 During the promotions of her film, Sui Dhaaga, Anushka was asked about her married life to which she had revealed that they are two simple people who don’t see themselves as a ‘power couple.’ Anushka had retorted, “I think we are both not so attached to what we do. The other day someone asked me a question you know ‘power couple and two powerful people from your own industry. You know when you are together, how do you manage this and all’. And I thought to myself and I told them also, we don’t see ourselves like that. We start to see ourselves that way then there is something really wrong in the nature of our relationship. If someone really wants to have an insight into our lives, we are very simple people, wanting to do normal, very simple things.”

In an interview with Pinkvilla, Anushka had shared one of the cutest things about her marriage with Virat. Anushka had revealed how she loves borrowing her husband, Virat’s clothes. She had also stated that she often borrows Virat’s t-shirts and jackets, mostly because he loves to see her in his clothes and feels happy about it. Isn’t it an adorable gesture? The much-in-love couple shares a warm bond with each other, and their camaraderie is loved by the millennials. (Also Read: Ileana D'Cruz Advices A Guy On The Ways To Deal With Fiancee During Her Period, And We Laud Her) 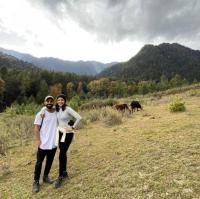 Well, we love Virat and Anushka’s camaraderie. What about you? Let us know. While we are locked in our home, cursing the novel virus for ruining the year 2020 and cribbing about not being able to go out, some gave the panic mode a pass and focused on the silver lining. With the hectic work schedule and the fast-paced life that we live,