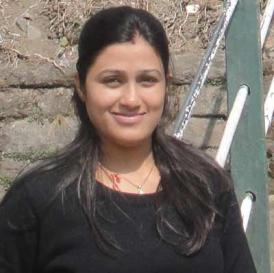 While all their dance moves on the dance reality show, Nach Baliye 7, did not seem totally perfect, the chemistry of this couple, Aishwarya Sakhuja, and Rohit Nag, surely holds a lot of spark. It is their strong love for each other that makes them one of the most adorable couples on the show. In fact, the love story of this lovable duo is no less than a beautiful romantic flick.

However, despite their popularity, a lot of their fans are unaware of this story. So, we thought of presenting to all their fans, the cute and charming love story of tall and beautiful TV actress Aishwarya Sakhuja, and her director-producer husband, Rohit Nag.

Aishwarya and Rohit came face to face when he was conducting auditions for a show. For Aishwarya, it was not 'love at first sight'. In fact, in one of her interviews, she talked about how she felt about him when they met for the first time:

“We met at an audition that Rohit was conducting. It was definitely not love at first sight. I thought he was a wannabe as he had a hair band on!”

On the other hand, Rohit confessed of having been her admirer since her Miss India days. For those who don’t know, Aishwarya had been a Miss India finalist in 2006.

Also Read: 20 Bollywood And Television Divas Who Did Not Wear Red At Their Weddings

While Rohit was in love with Aishwarya, she was totally clueless about his feelings. It is believed that the two were brought close to each other by their common friend, television actor, Karan Wahi. 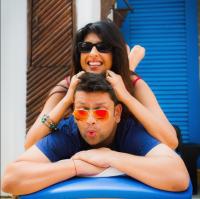 Soon, Aishwarya started meeting Rohit quite often and began spending time with him. She was even impressed with his whacky sense of humour. It was his humour that made her fall for him and make Rohit her life partner.

The tough time that brought them closer 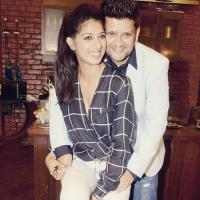 Having spent quite a lot of time together, Rohit and Aishwarya became very good friends. While everything was going quite well between the two, the destiny decided to test them. Or maybe, to unite in an even stronger bond! As revealed by the actress recently on the show, Nach Baliye 7, she was diagnosed with drug-resistant tuberculosis. She even had to quit the show, Saas Bina Sasural, which she was doing at that time.

It was this tough time, which made their relationship grow even stronger. While she was bedridden and also losing her hair, Rohit did not leave her at all and supported her throughout this tough phase of her life. Fortunately, she recovered from her illness, and their friendship also went to the next level. 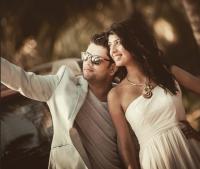 Aishwarya feels that Rohit has an amazing romantic side as compared to her, and a proof of this lies in the way he proposed to her. Remembering the beautiful way Rohit proposed to her, Aishwarya in an interview last year, said:

“Rohit proposed to me on 4th Jan this year (2014), and it was an out and out romantic proposal due to which, I am the envy of all my girlfriends. He had arranged for one surprise after another for me. So, there was flowers, music, fireworks, champagne, a Presidential suite, and what not, when he proposed to me! He completely swept me off my feet and I said 'yes' right away since it felt so right.” 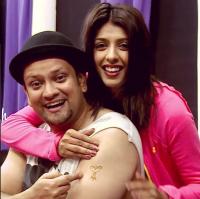 Well, that is not all about the 'aww-worthy' things about this romantic proposal. There is something absolutely different as well as special about the ring that he gave to Aishwarya when he proposed to her. And, giving the details of the same, the actress told while speaking to a leading daily:

“The ring which he gave me when he proposed to me was with the blessings from his mother who had done a little pooja for it when she came to know that he was about to propose. So, you can understand how lucky I am!”

Also Read: 9 Cutest Proposal Stories Of Television Celebrities Which Will Make You Fall In Love With Them 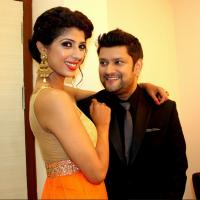 Aishwarya claims that it is Rohit who is more loving than her, but she is no less as she too made all possible efforts during their courtship period to make her man feel truly special. One of the incidents that prove the intense passion of Aishwarya towards Rohit is when they could not spend Valentine’s Day together. But, despite being away in different countries, Aishwarya managed to make him feel truly loved.

Recounting this incident, she said in one of her interviews:

“Rohit was away in Malaysia during Valentine’s Day. By the time I remembered, all the shops in Malaysia were closed. So, I just called a friend who too was working with Rohit that time and told him to give him a flower on my behalf. So, the poor chap went around looking for one and finally found a flower from a hospital garden and gave it to Rohit who was very happy!”

After dating for around five years, the two tied the knot on December 5, 2014, in Delhi. Talking about the choice of location, Aishwarya said in one of her interviews:

"I love winter weddings and Delhi is prettiest in the winter months so we decided on the date which was suggested by the family pundit. My family is in Delhi while Rohit's family is here in Mumbai and we are having a simple, quiet and calm ceremony and both families are all okay with the plans."

It was a quiet and simple wedding ceremony, which was attended by their family members and a few close friends from the television industry.

Well, having won each other’s hearts, this adorable couple is now winning a lot more praises because of their fun-loving nature and dhamaal chemistry in Nach Baliye 7. And, we wish this gorgeous couple, a lifetime of happiness! Lastly, we leave you with a few more pictures of the beautiful wedding of this couple: