Suresh Raina recently graced 'The Kapil Sharma Show' along with his wife, and spilt beans about his marriage, family and kids.

Suresh Raina is one of the most loved cricketers in India, courtesy to his 'Mr Dependable' tag and grounded nature. Cricket is not just a sport, but a religion in India and that is why the popularity of cricketers amongst cricket fanatics reaches another level. Be it their performances or interesting anecdotes about their love/married life; everything goes viral on the internet in a matter of minutes!

In 2020, Suresh Raina graced The Kapil Sharma Show along with his wife, Priyanka Raina and spilt beans about his marriage, family and kids. The promo of the show was shared on the IG page of SonyTv and the caption of the same can be read as "Sonytvofficial #TheKpailSharmaShow Hasi par nahi lagegi ab koi bhi rok jab India ke superstar cricketer Suresh aur Priyanka Raina lagaenge laughter ke strokes. Dekhiyega zaroor."

In the popular chat show, Suresh Raina revealed that his wife, Priyanka came out of the house for the show for the first time after the lockdown. Interestingly, Suresh and Priyanka had welcomed their son, Rio on the day lockdown was announced in India, in March 2020. When Kapil jokingly teased the couple about the same, Suresh said, "Hum pehle se hi planning kar rahe the, lockdown mein nahi kiya." 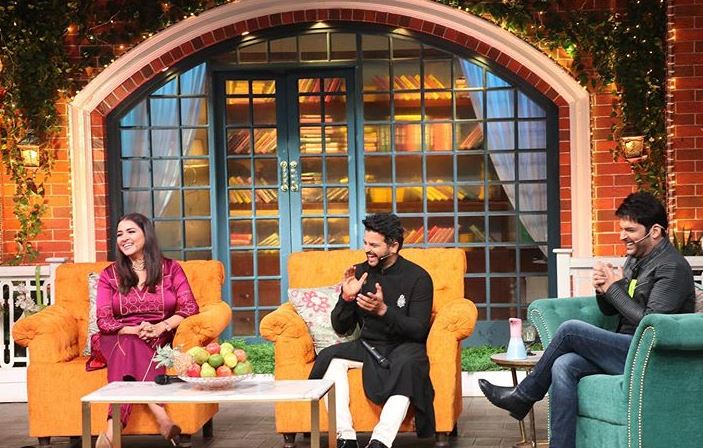 The host, Kapil Sharma then asked Suresh Raina how had he convinced his ladylove, Priyanka Raina for marriage, to which the cricketer narrated the 'sweet story of his struggles' and said, "Maine bahut setting kari paaji." For those who don't know, Suresh Raina and his wife, Priyanka Chaudhary Raina were childhood friends but had lost touch with each other as the latter's family had shifted to Punjab. Raina and Chaudhary families have known each other for a long time, so in Suresh's words, their wedding was more of an arranged marriage. On April 3, 2015, Suresh and Priyanka had become each others forever. Suresh Raina is a doting father to his two kids, Rio and Gracia, and a loving husband to his wife, Priyanka. We had seen a glimpse of the cricketer's affection for his family some days ago. Suresh Raina had gotten inked with names of his wife, Priyanka Chaudhary Raina, and his kids, little Gracia Raina and baby boy, Rio Raina, and the internet had swooned over his adorable gesture for his loved ones! Raina had posted pictures and videos from his inking session on his IG handle with the caption, "They give me a reason to live", followed by a heart emoticon.

Check out the pictures and videos below: Suresh Raina and Priyanka Raina had celebrated five years of marital bliss on April 3, 2020. Suresh Raina had taken to his Instagram handle to pen down a heartfelt note for his wife, Priyanka Raina. Sharing a beautiful picture along with their daughter, Gracia, the cricketer had written in the caption, "Can't believe it's been 5 years already! Wishing you a very happy anniversary my love @priyankacraina, This year is even more special with four of us. It's been a beautiful journey together with so many memories to cherish forever." On July 30, 2020, Suresh Raina's wife, Priyanka, had penned a note when he had completed 15 years in Cricket. Excerpts of which could be read as, "Fifteen years since you played your first ODI! 15 years of success, ups & downs, hard work & lot more. World has seen your passion, dedication & the rewards you got in return. I have seen your hardships, madness, sleepless nights & your reluctance to settle down with any nonsense thrown at you. I have seen the amount of hard work you have put in and how true you have always been to yourself when it came to giving back to your game, people who supported you and everyone who wished best for you during this journey. You always acknowledged how blessed you are to receive the love and faith people have shown in you. And you worked tirelessly to stand up to their best expectations and deliver your best."