Bollywood and Indian cricket have a strange bond. The world has seen some of the best celebrities, from these diverse areas of life getting hitched and becoming each other's forever like how! From Sharmila Tagore-Tiger Pataudi, Yuvraj-Hazel, Harbhajan-Geeta, Anushka-Virat, and the list goes endless.

Most of the aforementioned duos mentioned above are of the contemporary lot. During the 80s too, one such steamy affair between a Bollywood and cricket celeb came in, which blew the mind off the public and media. Yes, we are talking about Saif Ali Khan’s ex-wife, Amrita Singh and former player of the Indian cricket team, Ravi Shastri. There was a much-talked-about affair and it further steamed when Amrita and Ravi posed for the cover of Cine Blitz magazine in their November 1986 edition. Here’s the picture: Let’s time travel to the 80s now. Imagine we are in the era when Ravi Shastri, one of the most good-looking cricketers in the industry was touching the right cord in his cricket career. Actress Amrita Singh, one of the most beautiful ladies in the tinsel town was aiming for the high in Bollywood and was reaching there. Soon after, the duo met and Ravi was blown over with Amrita’s beauty, and that is exactly how cupid struck them. It was also reported by a film scribe back then that Amrita and Ravi were spotted ‘cooing at a New York restaurant’ and that the handsome cricketer had apparently slid a ring down the Chameli Ki Shaadi star’s finger.

(Also Read: 7 Famous Bollywood Actresses Who Dated Cricketers But Never Got Married To Them) There was a serious affair and the duo was even all set to tie the knot but God had other plans for the then couple. Soon after, Ravi was quoted as saying in one of the interviews,

“I definitely don't want an actress wife. I am chauvinistic. Her home should be her first priority."

And Amrita had replied, “At the moment I'm too involved in my career to give it up. But I'm sure after a couple of years, I will be ready to become a full-time wife and mother." 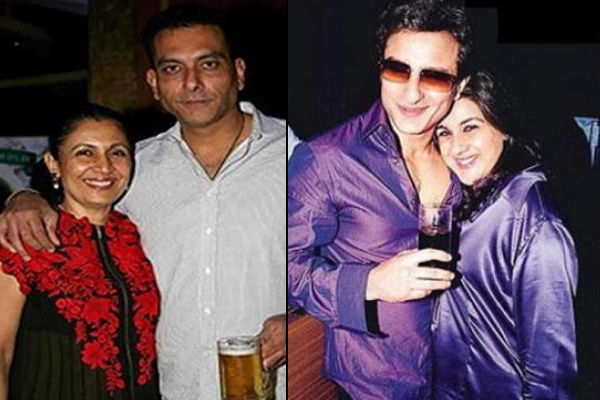 In 2018, Ravi was again seen grabbing the headlines when rumours started upsurging the internet that Ravi Shastri is smitten by The Lunchbox fame, Nimrat Kaur’s beauty, who had apparently met for the launch of the Audi TT Coupe in 2015 and that the rumoured couple has been secretly dating for the past 2 years. However, as soon as the news reached them, both Nimrat and Ravi reacted to their dating rumours in their own unique way. Nimrat took to Twitter to post a tweet from her account, which put an end to all speculations. In the tweet, she had written, “Fact: I may need a root canal. Fiction: Everything else I read about me today. More facts: Fiction can be more hurtful, Monday blues exist and I love ice cream. Here’s to trash free happy days ahead.”

When Ravi Shastri was contacted to confirm the same by Mid-Day, he told the tabloid via a phone call from England, “Nothing to say when it is the biggest load of cow dung.” And further adding, “Cow dung says it all.”

Well, isn’t that one interesting life our celebs lead? What do you feel about Ravi Shastri’s love life? We await your message in the comments section below.