Reena Roy was just 19-years-old when she gave her first Bollywood hit opposite Shatrughan Sinha with the movie, Kaalicharan. The movie was a sleeper hit and Ms Roy went on to star in more than 100 movies after that.

Despite being a part of many hits, Reena Roy is remembered more for her love life than her work. Let’s throw some light on the beautiful actress’ personal life. 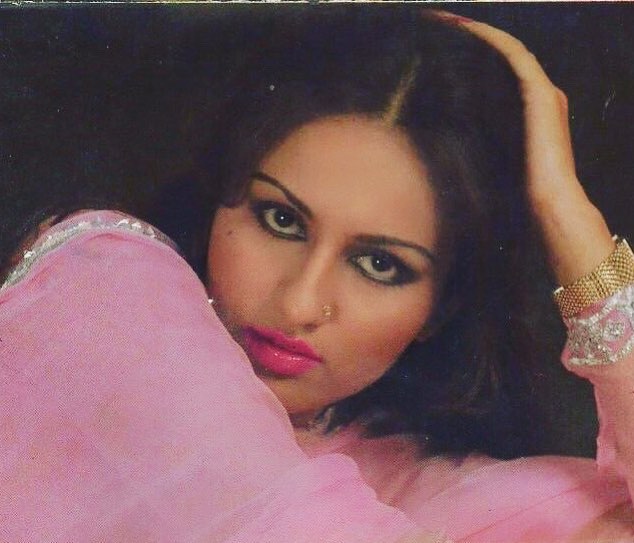 Born to a Hindu father and a Bengali mother, Reena always wanted to become an actress. She started her journey as a model in 1970 but soon Bollywood attracted her. She worked in various low budget films before she got her big break in 1976 opposite Shatrughan Sinha. Their movie, Kaalicharan, marked the beginning of Reena’s successful Bollywood career. The hit Jodi did another movie together, Vishwanathan, which was another hit. At that time, every director and producer wanted to sign Reena. Her full face and deep eyes won many hearts. Reena was just 19 when she worked for the first time with Shatrughan Sinha who was 11 years older than her. They soon teamed up for another film which brought them closer. Their relationship wasn’t just professional anymore. They became really good friends but Reena could not keep herself from falling for Shatrughan’s charms. The two were always seen with each other. Their closeness became the talk of the town and even Reena’s mother got a whiff of it. She warned her daughter against the man but she did not pay, much attention to her mother’s saying. The year 1981 shook Reena in the worst way possible. While everyone was hoping that the lovebirds will tie the knot, the news of Shatrughan’s wedding with Poonam got spread in the air. He met Poonam on a flight and fell in love with her instantly. This was something that Reena hadn’t imagined in her wildest dream. Shatrughan married Poonam eventually but he never stopped talking to Reena. Shatrughan was married, not to Reena but to Poonam. The three had a strange relationship. Shatrughan behaved as if nothing has changed and continued his relationship with Reena. The actor was bold and blunt about his ways and never tried to hide his extramarital affair with Reena. Soon Poonam realised that his husband was not completely loyal and she took a dig at Reena. Neither did she deny her husband’s infidelity nor did she accepted it. She kept on passing insulting remarks on the couple. 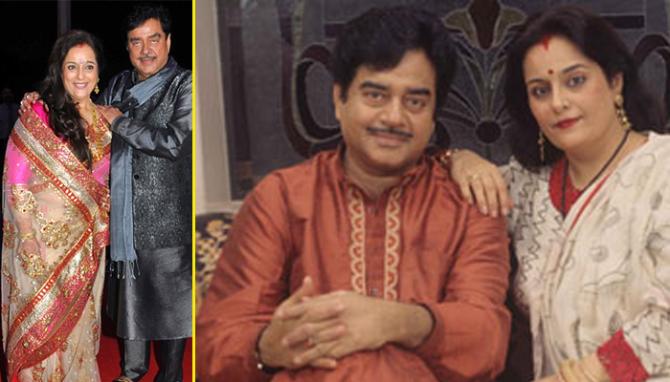 In a recent interview, Poonam said:

“The truth is that I did step aside and gave Reena a clear field, but Shatru didn’t want to marry a girl whose fidelity was in doubt. I was aware that they revived their old romance after our marriage.”

Reena had it enough playing Shatrughan’s second choice. She knew that her dreams of marrying Shatrughan will never turn into reality. So, she decided to take the back door and left Shatrughan for good. 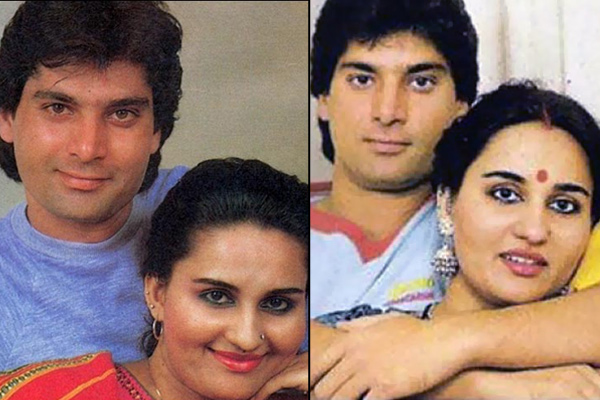 Soon after breaking up with Shatrughan, Reena announced her marriage with Pakistani cricketer, Mohsin Khan. Both the bride and the groom were at the peak of their respective careers when they tied the knot. The nuptials took place in Karachi, Pakistan. The initial married years were good for the couple. They would often travel to London where Mohsin had a large manor. They would fly to Mumbai as well to meet Reena’s mother. The couple was blessed with a daughter whom they named Jannat.

Marrying Bollywood’s superstar automatically launched Mohsin in the film industry. He did pretty well for himself. Reena continued working after getting married but she decided to take a break to look after Jannat. Everything was going well when things started to crumble. Mohsin wanted to settle in London with a British citizenship but Reena found it difficult to adjust to that flamboyant lifestyle. She wasn’t happy and that’s when she called her mother. “At one point, I called my mom from London and asked her, ‘What is the meaning of marriage?’ She just said, ‘Nibha le. Shaadi means nibhana’. I listened to her otherwise I think I would have come back way earlier.”

She tried to bridge the gap but that wasn’t happening. In the early 1990s, Reena and Moshin got divorced. Mohsin got Jannat’s custody and took her to Karachi with himself. Reena fought hard for their daughter’s custody. Mohsin gave up Jannat’s charge only after his third marriage. The daughter finally, came to live with her mother in Mumbai. Reena changed her name from Jannat to Sanam. 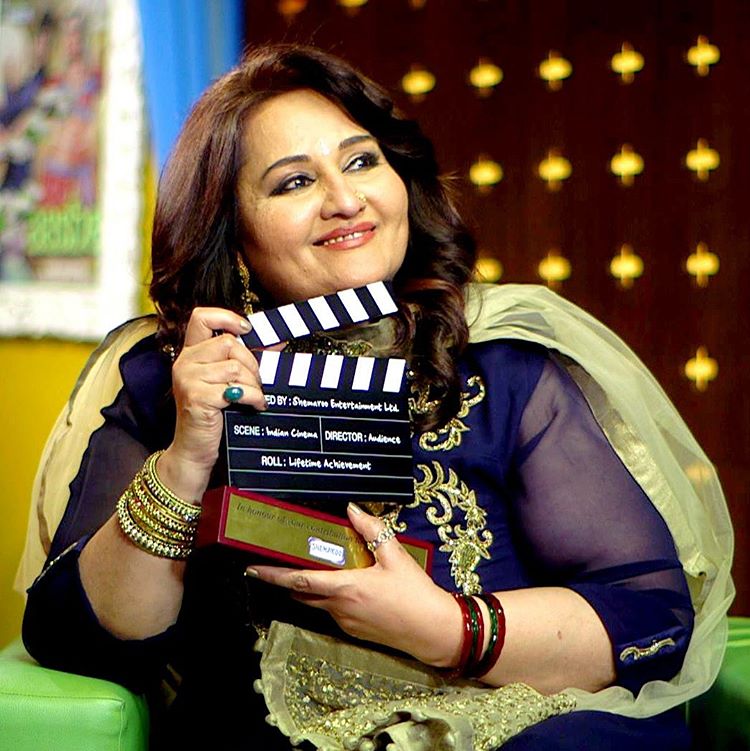 Reena now runs an acting school with her daughter in Mumbai. Even after all these years, she is often asked about her relationship with Shatrughan and her uncanny resemblance to his daughter, Sonakshi. Many believe that Sonakshi is Shatrughan and Reena’s love child but she denies it. 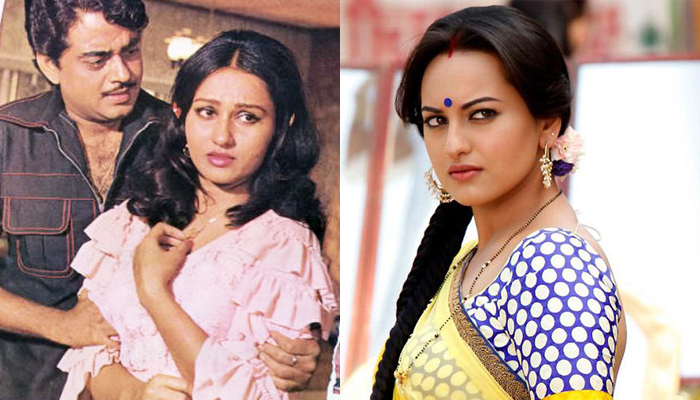 “Sonakshi looks like her mom Poonam Sinha, not me. I think Salman Khan’s family has given her a very typical Indian look that resembles my look on screen. When I did Zakhmee, I was called Asha Parekh and Nasir Hussain’s daughter. Dimple was referred to as Nargis’s daughter. Film industry mein toh yeh silsila chalte rehta hai. Kuch din baad khatam ho jaata hai.”

Reena has no regrets and complaints. She loves the life that she has created with her daughter. You will never hear her saying anything against Shatrughan and Mohsin. This is her humility and positive nature that made life easier for her. We hope that Reena has a life full of love.

21 Most Famous And Yet Controversial Love Triangles Of Bollywood