You’ve got to be insanely in love with each other to live an entire lifetime under the same roof. But, what if your relationship loses its steam? Is all lost? Well, for some of our small screen actors, their failed first relationships did not discourage them from finding a partner again.

They were lucky enough to fall in love again, and are now in a blissful relationship with their current spouses- hopefully till death does them apart. Do you know who they are? Find out here.

Recommended Read: 10 Television Couples Who Have Been Married For Over A Decade And Reinstate Our Faith In Love 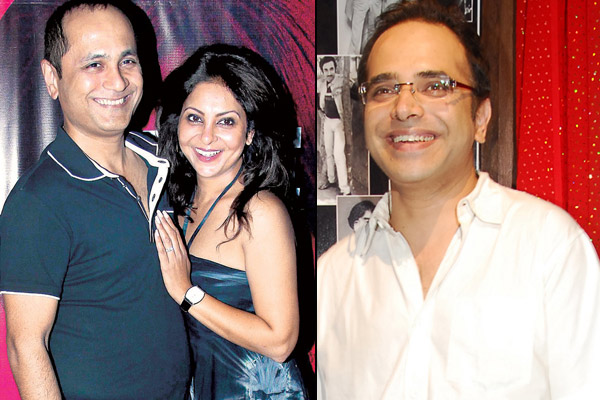 Doe-eyed Shefali Shah, who made her debut in the movie Rangeela, married TV actor Harsh Chhaya in 1997. They were together till 2001. She then married producer-director Vipul Shah, and theirs is considered to be one of the most successful Bollywood marriages. They have two kids, and Shefali continues to work in the film industry. 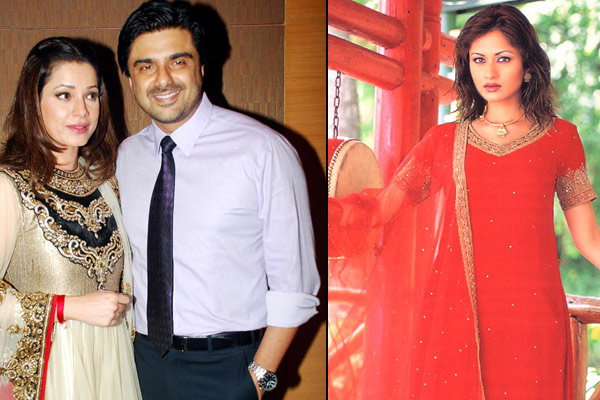 Television actor and former model, Samir Soni walked down the aisle with Rajlaxmi Roy who too was a model, but they parted ways within six months of marriage. In 2011, Samir married former actress Neelam who is also a known jewellery designer. The two adopted a girl in 2013.

Also Read: After Their Failed First Marriages, Samir Soni and Neelam Kothari Tied The Knot And Adopted A Girl 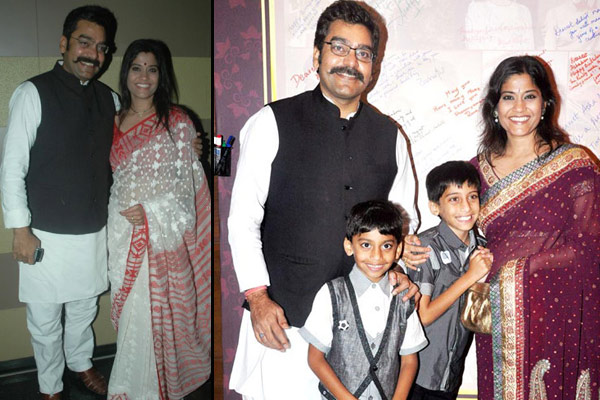 Her smile is contagious, and her eyes convey more than words can. No wonder she found her soulmate in her second husband Ashutosh who is incredibly talented himself. Together they have two kids and are extremely happy co-parenting. About her first marriage, Renuka once said in an interview, “I did have insecurities before getting into another marriage, but I guess I was better equipped this time around. My first marriage has made me what I am today.”

Also Read: Married For 17 Yrs And Parents To 2 Kids, Renuka And Ashutosh's Love Tale Is Inspirational 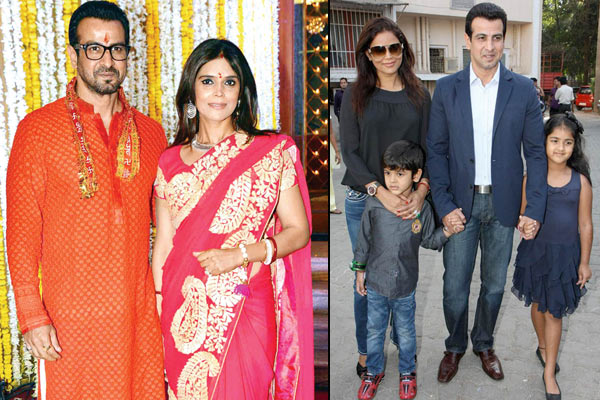 Ronit’s daughter from his first marriage was only six months old when he walked out on his ex-wife Ona. He married Neelam Bose whom he has been with for 15 years and married for 11 years now. In a newspaper interview, Ronit even said that, “Neelam never had any insecurities or fears. She played an instrumental role in cementing our bond.” They have two children together. 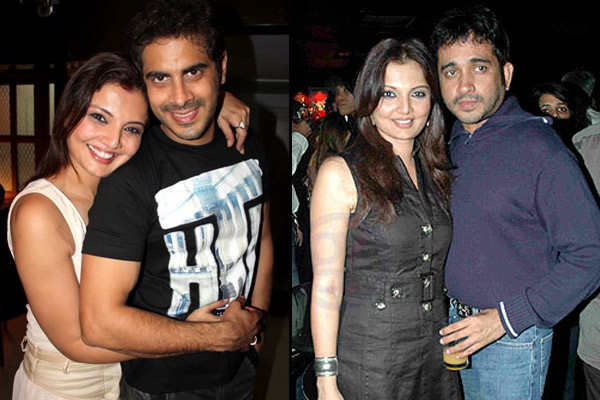 Popular TV and Bollywood actress, Deepshikha married Jeet Upendra in 1997 before divorcing him in 2007. She has two kids from her first marriage. But this was not the end of her life, and she started dating a former model and actor Kaishav Arora who acted in her movie, Yeh Dooriyan. Coincidentally, it was a story about a single mother falling in love with a younger guy. Talk about reel life turning into real life! The two tied the knot in 2012. UPDATE: Deepshikha Nagpal And Kaishav Arora To Finally Separate After A Bad Breakup, Details Inside 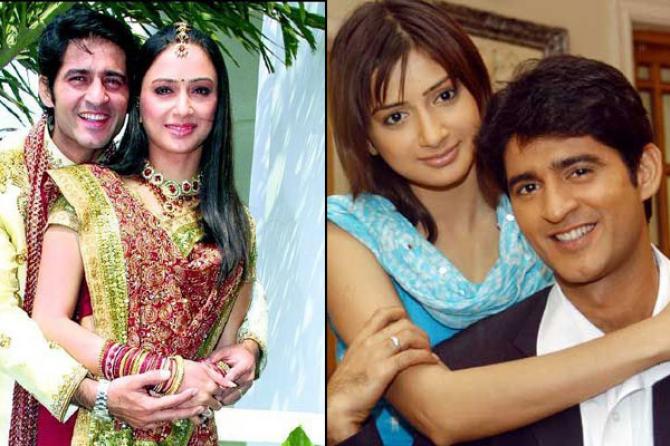 It is a lesser known fact that Gauri Pradhan is Hiten’s second wife. In one of the interviews he gave a decade back, Hiten opened up about why his first relationship failed, “I'd started my career around the same time I got married. Probably I couldn't give her the time she deserved. It's said that in an arranged marriage, love happens after you get married. But in my case, it never happened.”

So, within 11 months of marriage, they called it quits, and Hiten went on to marry his co-star and current wife, Gauri. On why he never spoke about his first marriage, Hiten said, “Divorce isn't the best thing that can happen to anyone. After a bitter experience, I've realised that it's better to get married to a person you love.” 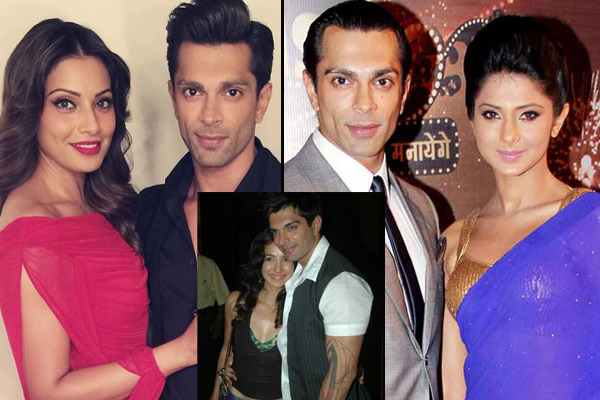 Karan remarried not once, not twice, but thrice. He was always known for his Casanova persona in the television industry. He married Shraddha Nigam in 2008. However, their relationship fell apart in ten months. He later went on to marry his co-actor Jennifer Winget in 2012. Sadly, their relationship did not last long either. And then, he fell for his Alone co-star Bipasha Basu and married her on April 30, 2016.

Don't Miss: Bipasha Basu Gives Befitting Reply To Troll For Accusing Her Of Getting The Skin-Whitening Treatment 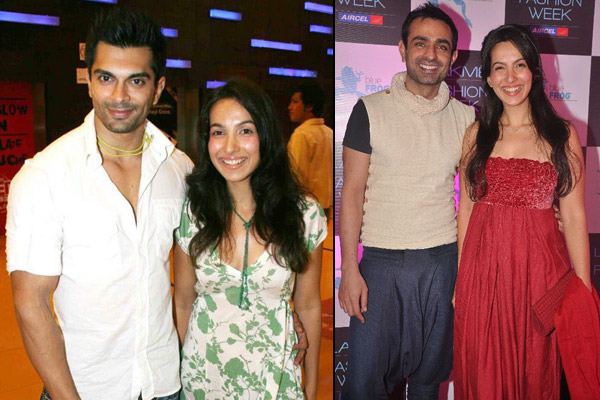 Shraddha Nigam, who is best known for her role in Sony TV’s series, Choodiyan and Krishna Arjun married the Casanova of Indian television industry, Karan Singh Grover. However, their marriage did not last long, and they got divorced. She later married popular TV actor, Mayank Anand who incidentally played the role of Karan’s best friend in the hit series, Dill Mill Gayye. They both started off as friends and as business partners. However, the two tied the knot in 2013, and are since then much-in-love and concentrating on their business. 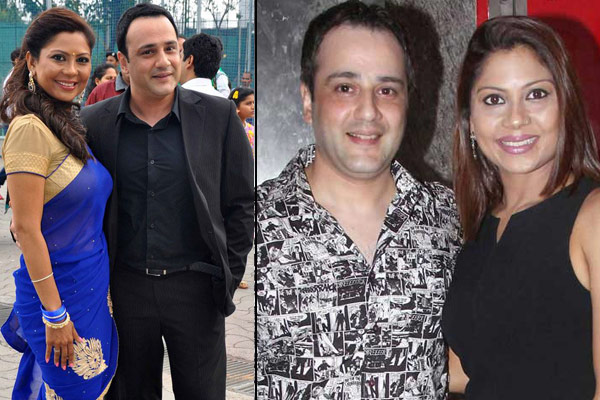 Our Pari from Jassi Jaissi Koi Nahin found love once again in Mihir Mishra, despite her earlier failed marriage. The two met at a party organised by their mutual friend Sajit who was Mihir’s co-star in the serial Sanjivni and fell in love with each other instantly. Manini has a daughter from her first marriage, and she thinks that being a single parent is the toughest job in the entire world! Well, we do not disagree with you, Pari. Moreover, when he met Mihir for the first time, she was a single parent to a four-year-old daughter, but they were so sure of their relationship that they two tied the knot within a week. READ MORE: Together For 14 Long Years, Manini And Mihir Married Each Other Within Just One Week 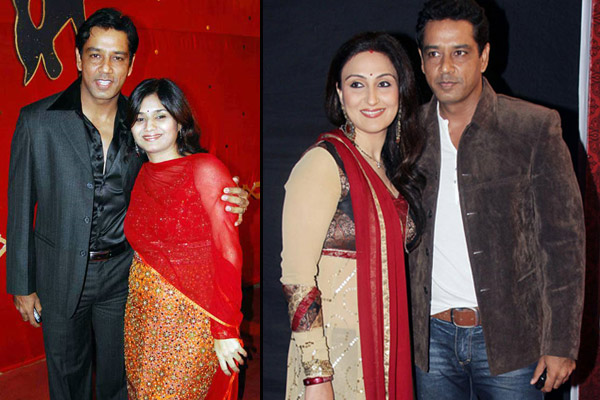 Anup stole our hearts in the TV series Sea Hawks with his dashing persona! Some reports say that Anoop’s growing proximity with his current wife Juhi Babbar during the time the two acted in a play together caused the rift. Whichever the case, the two married in a quiet ceremony attended by only friends and family in March 2011. It was Juhi’s second marriage too, as she was earlier married to director Bejoy Nambiar. 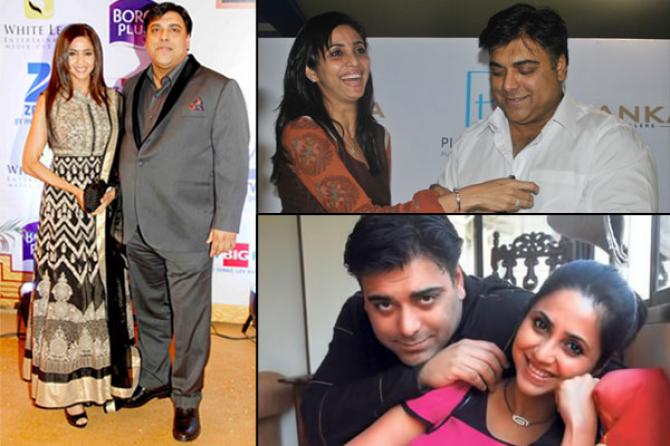 Ram Kapoor and Gautami Gadgil are one of the television’s most loved couple. But, did you know that before marrying Ram, she was married to the commercial photographer, Madhur Shroff? However, things did not work out between them, and they soon got divorced. She is now happily married to Ram Kapoor, whom she met on the sets of their show, Ghar Ek Mandir, and they are now proud parents to two kids. 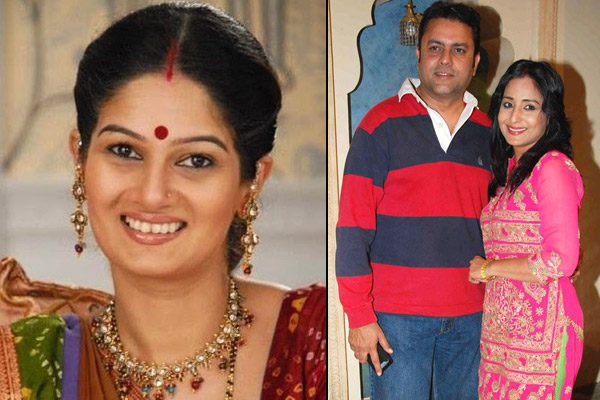 Sanjeev Seth and Lata Sabharwal portray the happily married couple on their show, Yeh Rishta Kya Kehlata Hai. And, they are a couple in real-life too. However, before marrying her, Sanjeev was married to actress Resham Tipnis. They got married to each other in 1993 and were together for 11 years before deciding to call it quits. Later, Sanjeev and Lata got married in 2010, and are living together happily. Interestingly, Resham and Sanjeev share a good rapport despite the divorce. She once said in one of her interviews, "Today when we look back, both of us feel that had I been more mature and he more understanding, divorce would have never happened. Today we are good friends. We actually talk on a daily basis."

She even went on to say how much she regretted the divorce, "Of course, I regret my divorce. I was 20 when I got married. I became a mother immediately after that. I was not mature enough to handle everything. Sanjeev, on the other hand, was ready for marriage and other responsibilities. There was a 12-year age difference between us."

Surprisingly, Sanjeev's ex-wife shares a good rapport with his current wife. Talking about the same, she mentioned in the interview, "We have worked together in the past. She is a nice lady. I am happy for both of them. We are not great friends but there aren't any problems between us. She is good to my children."

We are happy that these actors did not lose hope finding love again. In fact, we can only say that it is so good to see them happy in their second marriages! Thank heavens that the taboo of remarrying is slowly fading away from our society, and people are actually opening up to making new memories and not ruminating about sodden relationships with their exes!