She has been a part of famous movies like Student of the Year, Fashion, etc. as well as various television shows also namely, Naamkarann, Laado 2, Madhubala - Ek Ishq Ek Junoon, etc., but she stole everyone’s heart through her commendable stint as Honey in the movie Krrish. He, on the other hand, made every girl go crazy for him when he appeared in a famous television show, Sanjivani. We are talking about none other than the dusky beauty and immensely talented Manini De Mishra and her husband, Mihir Mishra.

Recommended Read: Asha Parekh Gets Candid About The Only Man She Ever Loved And Why She Never Got Married 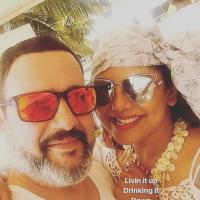 While people and viewers went gaga over them, they fell for each other and decided on forever within just a week. But their’s is not a traditional tale of love. When Manini and Mihir fell for each other, she already had a four-year-old daughter named Dianoor. But when they were so sure about each other, they didn’t give it a second thought and walked down the aisle in a hush-hush ceremony. Fourteen years down the line, the lovebirds are very much together (*touchwood*) and madly in love with each other. 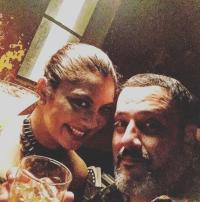 Just like many other love stories, Manini and Mihir too met at a common friend’s party. Saranjit Bedi, who was a very famous and known television actor, was friends with both of them. Recalling the time Manini and Mihir first talked to each other, Mihir quipped, “We met at a common friend’s party. We knew of each other since we used to work on the same set, but we had never spoken. It is because of Sanjit Bedi (who passed away in 2015) and his party that we met and fell in love instantly.”

Adding on to Mihir, Manini said, “Yes, we met at Sanjit’s party and it was love at first sight. How else would we end up being married in a week’s time of knowing each other?" You May Also Like: Fell For A Director Who Lost His Wife And Dated A Married Actor For 10 Years, Tabu At 48 Is Single 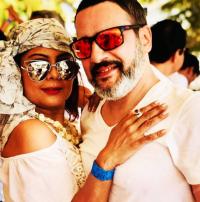 There are few celebs in this showbiz world, who make sure that their personal life and decisions stay completely “personal.” Mihir and Manini fall under the same category! The lovebirds tied the knot in a very secret ceremony and became mister and missus in a jiffy. It was the beautiful year 2004 when the two decided on forever and were pronounced as husband and wife to each other. Talking about why he kept it a secret affair, Mihir retorted, “I knew instantly that she was my soulmate and didn’t want my friends and family to interfere with the decision.”

And Manini went on to say, “It was Mihir’s decision (to keep it low key) and I was fine with it, so we went ahead anyway. Certain people at that moment would have said things like ‘hasty decisions won’t lead you anywhere’, but as we were very sure about our decision, we didn’t need anyone’s approval. Here we are, married for 11 years now!” Also Read: Juhi Chawla Reveals How She Feared Losing Her Career In 90s And Kept Wedding With Jay Mehta A Secret 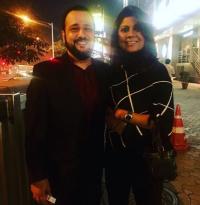 And when she was further probed to share some special memory from the wedding, she was quoted as saying, “There are lots of memories, as it was an unconventional wedding—we got married in Mihir’s living room. As it was also a hasty wedding with no time to plan and prepare, there was not even kalash in the house. Instead, there was this heavy-duty brass pot at the door, which I had to knock off with my leg. When the time came, I used so much energy to knock it down that the glass table next to it also felt the impact! So, it was quite a powerful entry. (laughs)” Also Read: 2 Failed Marriages And Live-In Relationships, Kunickaa Sadanand Is A Single Mother With No Regrets 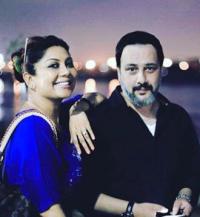 Adding on to the laughter, Mihir shared, “I was thrown out of the bedroom on our first night after the wedding due to a misunderstanding; I was made to sleep with the dog. So, I can positively say that sparks flew from the day we got married. (laughs)” 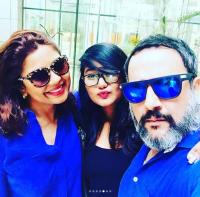 Now that the two are married for 14 long years, Mihir and Manini are truly made for each other. Since it’s the second marriage of Manini and she even had a daughter Dianoor from her first marriage, the equation of Mihir and Dianoor has always been in question. When he was asked about his relationship with her, he said, “When we first met at my place, I came down to her level and started talking to her. Dianoor is not easy to please and doesn’t talk to everyone even today, but she took a liking to me instantly. In no time she was playing with me and jumping on my back and after a week of moving in with me, she started calling me ‘dad’. As of today, we behave less like father-daughter and more like siblings, as we fight a lot; that is how we express our love-hate relationship.” Also Read: 15 Married Bollywood Actors Who Cheated On Their Wives With Other Women 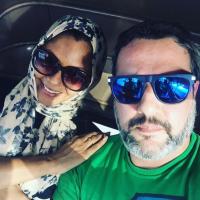 Sharing about each other’s likes and dislikes, Mihir once revealed, “I like the fact that she is very organized. It proves to be helpful when you have a kid. What annoys me most incidentally is also that she can be way too organised about everything at times.” And Manini quipped, “I like Mihir’s zest for life. His ‘never give up’ attitude is very endearing. What annoys me about him is his smoking and procrastinating.” 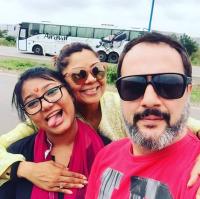 It’s very natural as and when you live together, you would be doing something good to your partner. Sometimes your spouse can bring some change in you and that for the better. Talking about the same, Manini shared, “Mihir has made me a patient person. Before my marriage to Mihir, my daughter used to take the credit for helping me become patient, but after marriage, Mihir and Dianoor contribute in making me a zen person.” Speaking on the same line, Mihir said, “Manini too has made me calmer and now I think before talking, which wasn’t the case before.” Also Checkout: Sulakshana Pandit's Love For Sanjeev Kumar: Even After His Death, She Never Married Anyone Else 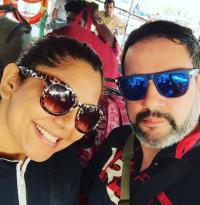 Manini and Mihir make such a lovely couple together. When sometime back they were asked about their future plans personally, Manini gushed, “We live in the moment and are uncertain about the future. What we know for sure however is that we will hold each other’s hand till the last breath. When we got married, we promised to be soulmates with undying commitment and love, as we aren’t the family we were born in. We chose to be together, so we shall keep our word till our last breath.” 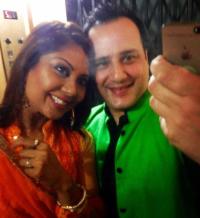 Also, Manini revealed that best compliment which she received from Mihir. She said, “Whenever I am unsure of myself, Mihir tells me, “look at yourself from my eyes and you will see how beautiful you are’. This line always melts my heart as he makes me realize that what is most important is your inner beauty and how you make an impact in the lives of others.” And Mihir quoted, “Manini keeps saying that I have a heart of gold and that she learns the art of forgiving from me.”

Aren’t this two just made for each other! Their love, understanding and respect for one another have just made us fall for them even more? We wish Mihir, Manini and their little one Dianoor, an ocean full of happiness and lots of love.

NEXT READ: A Look Back At Sanjay Dutt And Madhuri Dixit's Alleged Love Affair That Made Headlines In 90s