Love is a notorious thing. No matter how badly you want it, it will bless you only when you least expect it. Love knocked on Sanjeev's door twice and he was lucky enough to open it for the most magical thing in the world. The love story of Lata and Sanjeev has been full of twists and turns but it is worth a read. 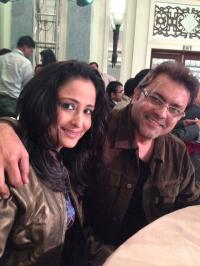 Before Sanjeev met Lata, he was married to Reshma Tipnis. The couple had an age difference of 12 years and they got married when Reshma was just 20 years old. After 11 years of being together, Reshma and Sanjeev decided to go their separate ways. After a while, life gave Sanjeev a second chance and he met Lata Sabharwal. 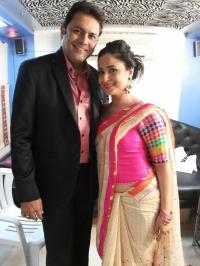 Sanjeev and Lata met on the sets of Star Plus' show, Yeh Rishta Kya Kehlata Hai. They play a happily married couple on the show. They both fell in love with each other while portraying husband and wife on-screen. Sanjeev first saw Lata while they were going to Udaipur for the shoot. Soon, they started talking and sharing their food. It was over food that they bonded.

"Soon we became friends and started eating together. We both loved each other's food. It is said that the family that eats together stays together, the same thing happened to us"

The two would often talk for hours and share their secrets. In no time, they were in love with each other. Sanjeev accepted that their courtship period wasn't that long but the connection and the love they felt, left no room for any doubt. 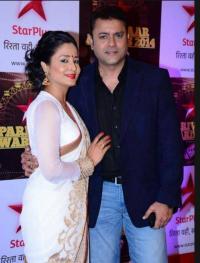 Since it was Sanjeev's second marriage and he has kids with his first actress-wife, he wanted everyone to be happy with his decision of getting married to Lata. Before proposing to the lady, he asked his kids whether they were okay with their father getting married again. To his surprise, they were quite excited about it. Lata loved the idea of being accepted by Sanjeev's family.

You May Also Like: 12 Popular Indian Television Celebrities Who Found Love Again And Remarried 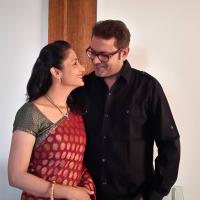 "I wanted to make sure that I learn from my mistakes and do not repeat them as it affects children to a great extent. I took this decision after giving it a good thought." 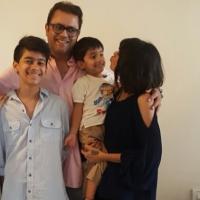 It was Sanjeev's positivity and confidence, which won Lata's heart and made her say "yes". Lata ushered:

"The most impressive thing was that he proposed to me after taking permission from his children and they were very happy that their father was going to propose. He had already arranged for everything. That is why we faced no problem at all."

Their life so far 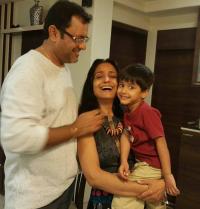 Sanjeev and Lata got married to each other in January 2010 in an intimate affair. They have a son together, Aarav, who is the apple of their eyes. 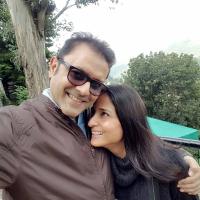 In 2013, the couple participated in the dance based reality show, Nach Baliye Season 6. Along with some romantic performances, they did a daring water act and proved that their chemistry is one of a kind.

Life gave Sanjeev a second chance and he got lucky with Lata. The couple, today, enjoys the sanctuary that they feel in each other's company. Along with their son, they are enjoying the elixir of life.