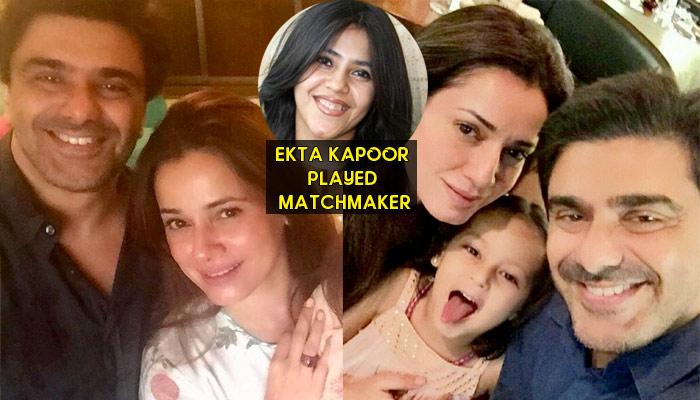 He is a talented, handsome actor while she is one brilliant actress who is also a renowned jewellery designer now. Their love affair was a well-kept secret for a long time, but with their wedding, they confessed their love for each other in front of the entire world. Yes, the lovely couple we are talking about is none other than Samir Soni and Neelam Kothari.

Recommended Read: 14 Sizzling Bollywood Divas Who Married In Their 30s

In fact, they have a rather interesting love story. Want to know everything about how they met, when the cupid struck and how they decided to stay together forever? Well, just scroll down to know all the details.

The background to the love story 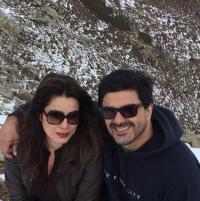 It was a second marriage for both of the stars. Samir was earlier married to model Rajlaxmi Khanvilkar in the late 1990s, and Neelam got married to industrialist Rishi Sethia in November of 2000. But, after six months of their marriage, Samir and Rajlaxmi got divorced. Neelam and Rishi also parted ways after a few years of togetherness due to ‘irreconcilable differences’. Though failed relationships did not deter them from finding love again, but they did make them more cautious in matters of the heart. 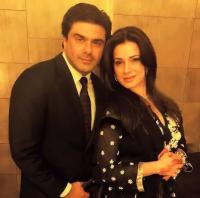 Being a romantic person, Neelam always believed that one day she will definitely find her ‘Mr. Perfect’. Here is what she said about the same:

“I believe in tomorrows, I don’t live in the past. Call me romantic, but I always knew there was someone there for me. Fortunately, I have lots of gal pals who supported me a lot after my break up. I haven’t given up on love but I wasn’t a giggly schoolgirl who fed on M&B romances. So I bided my time and waited for the right man to come along.”

And so did it happen. When Samir and Neelam met each other for the first time, they knew they have met their soulmates and thus began their voyage.

The first chance meeting and the high-school kind of love 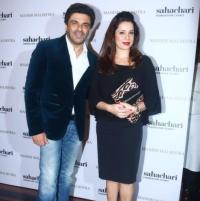 It was in 2007 when Samir and Neelam met for the first time through their common friend and TV mogul Ekta Kapoor. Interestingly, Neelam was the one who took the first step. Samir recalled the incident very fondly, with these words: 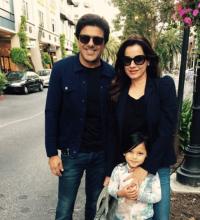 “I was doing a play ‘Anything But Love’ with Mandira Bedi, which Neelam, who is a dear friend of Ekta Kapoor, had come to watch. She told Ekta that your friend is good and I think he is cute and Ekta, whom I also know decided to pass on the message to me. But I was too shy and scared to compliment her back! Then I happened to meet Neelam at Ekta’s party and told her that your friend is also very cute. Then Ekta went on to introduce us, but I was so shy that I just said ‘Hi, I’ll call you later’.”

Well, that was a very adorable start to a beautiful relationship, don’t you think? 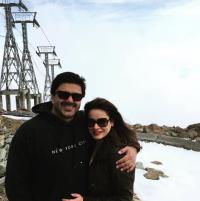 Samir went on to describe their further meetings thus:

“We did not meet each other for one year. Then we again bumped into each other at a party hosted by Tusshar Kapoor and I spoke to her for about 15 seconds and again said I’ll call you again and obviously I did not! I did not have her number so I never could call her, but my friends kept insisting that I should not let go off such a sweet girl. And one day at two in the night I decided to ask for her number from a friend and called her, which obviously she did not pick and I thought she had a big ego. I then messaged her ‘You don’t believe in returning calls?’ And she called me the next day.”

This love story is giving us butterflies in the stomach! We can only imagine what these two lovebirds must be feeling at that time.

Apart from Ekta Kapoor, who set up Neelam and Samir together, here are 6 other celebs, who played cupid to their other celeb friends.

The ‘customary’ breakups before being together forever 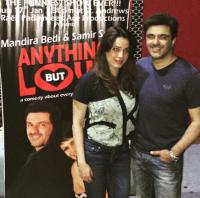 After those few hellos, the duo started meeting and somewhere they always knew that this would lead to marriage, but because of their past relationships, they were taking things slow. They even broke up about ten times before realising that they were meant to be together. Neelam revealed:

“We were both battling our demons I guess and didn’t want to rush things. I was happy listening to him on the phone, sharing a cup of coffee. Often we would just sit together in silence. That silence was comforting. We didn’t feel the need to say anything because we were content in each other’s company. One fine day, we felt we should take the next logical step and we went ahead with it.”

Must Check Out: Famous TV And Bollywood Celebs Whose Kids' Names Are A Mixture Of Their Own Names 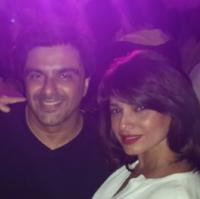 The next big step was to get hitched, but since Samir went to participate in Bigg Boss, their marriage plans were put on hold. And, the day he got evicted, the couple started planning their new journey. Samir recalls:

“When I got evicted from Bigg Boss on the 31st of December, Neelam came to pick me up and while driving back I told her, ‘Look, call a pundit, invite your friends, start all the arrangements and let’s marry!’. And we got married in just two months!”

Recalling about the marriage decision and the preparations, Neelam said:

“It was sudden. Thankfully, my friend Seema Khan (Sohail Khan’s wife) helped me with my trousseau. Samir has no interest in dressing up so he got married in a business suit. We made a sweet couple. We were smiling a lot because we felt like we’ve eloped and got married.”

And, on January 24, 2011 the couple were tied in holy matrimony in a very informal wedding. The couple did not send any formal invitation as the whole process of getting cards printed is so cumbersome. In fact, they just called up all the people who mattered to them and around 200 people came to the wedding to bless the newlyweds. The couple was beaming with joy on their big day as they took vows and held hands to be together until eternity. 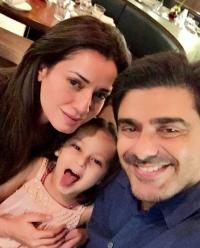 After two years of marriage, on September 2, 2013, the couple adopted a girl Ahana, who completed their family.

The story of this beautiful and happy couple will make you believe in love more than ever. They taught a lesson to everybody out there, that no matter how your past relationship was, never give up hope on love. There is someone perfect for everyone in this world and you will definitely find them someday. So, just hang in there and believe in love, just like Samir and Neelam did. 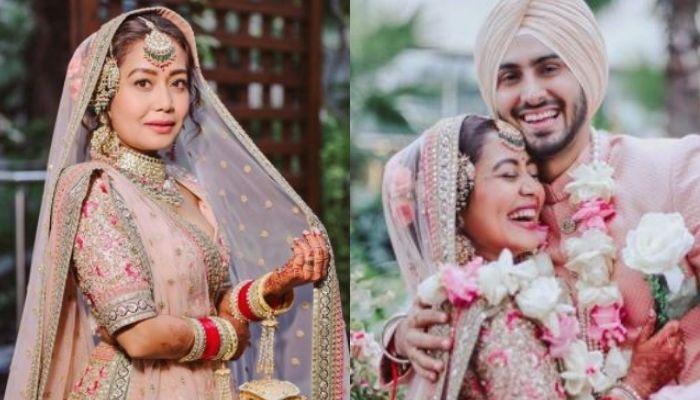 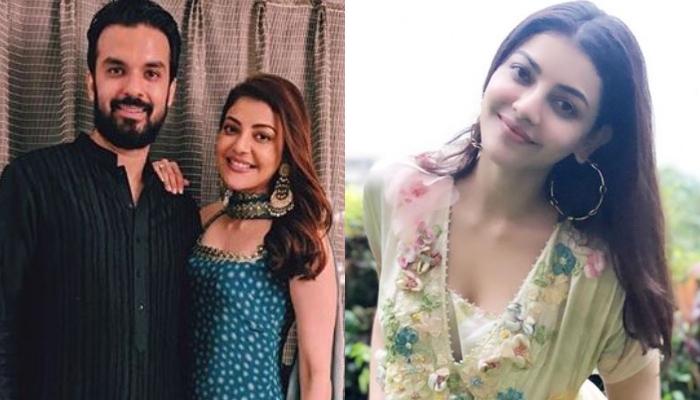 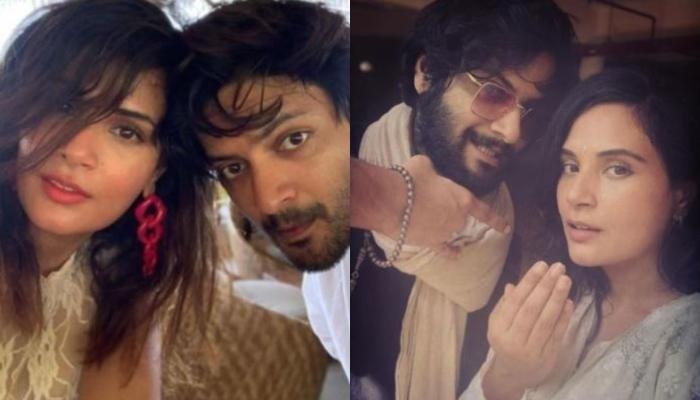 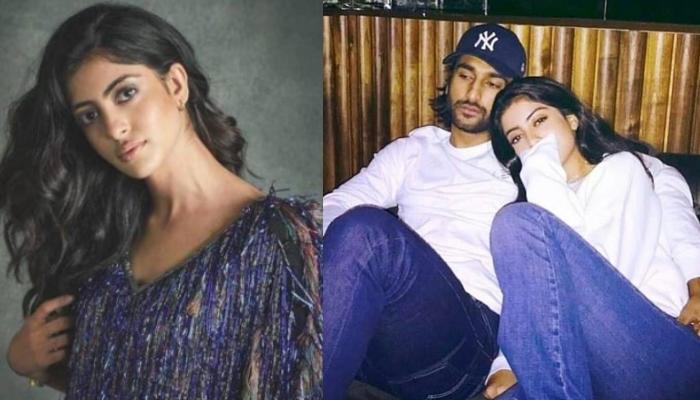