Jasleen Matharu is a popular Indian Punjabi singer and actress but mostly she has been in headlines for her relationships. So, let's take a deep dive into her colourful love life. Find out! 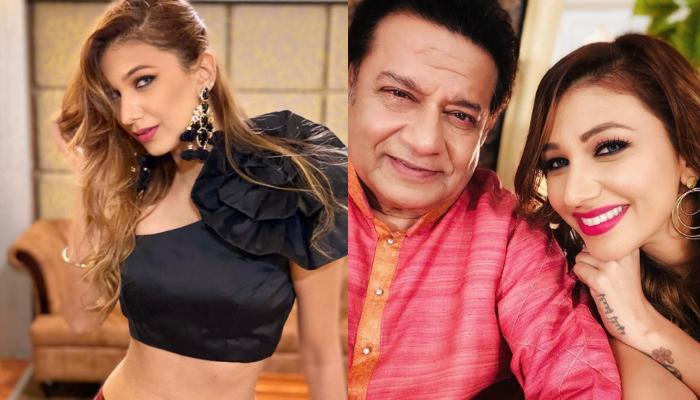 Jasleen Matharu is one of the most entertaining celebrities of the entertainment industry. Born in the city of dreams, Mumbai on April 4, 1990, she is the daughter of Kesar Matharu and Jaspreet Matharu. The actress is also blessed with a brother, Kawaljeet Singh Matharu, who is also an actor. The roots of this small family go back to the Khanna district of Ludhiana, Punjab. Since childhood, everyone knew that Jasleen is going to be a singer and that is the reason why she had started learning western and classical music at the age of 11 years. Other than singing, Jasleen was also interested in dancing and acting, that is why she had started learning some famous dance forms such as Bharatnatyam, belly-dancing, hip-hop, and many others.

The little Jasleen had started participating in singing competitions and wherever she used to go, she came back home with a trophy. But it was at the age of 16 years when she had received a prize for 'Best Female Singer at an inter-college competition. Since then, there’s no looking back for the singer as she has been a part of few television reality shows and had performed with some of the legends of the music industry. In 2019, Jasleen grabbed three awards, Bharat Icon Award, Style Icon Award, and Dadasaheb Phalke Icon Award. So, she has made a name for herself in the industry in all these years but a lot of its credit goes to her relationship rumours and reports. The renowned singer had always been in headlines for her link-ups and relationships, so without a further due, let’s take a look into her love life.

The 12th instalment of the famous reality television show, Bigg Boss had witnessed one of the most vichitra and unconventional jodis in the history of Indian television. One such jodi was of 28-year-old, Jasleen, who was dating 65-year-old, Anup Jalota. Their 37 years of age gap undeniably had raised the TRPs but had also attracted a lot of trolling on social media. Well, the theme of the show was ‘jodis’ and when show’s host, Salman Khan was introducing the housemates with each other. It was Jasleen, who had delivered the ultimate bomb by saying that she and singing guru, Anup Jalota are in a relationship for the last three years.

Everyone was left shocked with her statement and a lot of people started trolling the couple. However, after getting out of the show, Jasleen had revealed that it was just a prank by her and Anup Jalota had simply played along with it in the show. But after coming out of the house, she had realised the fact that it had gone too much far for many. In the end, both Jasleen and Anup had titled it as a ‘prank’ and had shut down their dating rumours forever.

(Don't Miss: Anup Jalota Finally Confesses That Jasleen Matharu Used Him To Ride On His Popularity In BB 12)

During her time in the Bigg Boss 12, Jasleen had once revealed that she has been dating a singer for more than a year now and even her current boyfriend, Anup Jalota doesn’t know his name. However, Anup Jalota had replied saying ‘sukhi’ and everyone had started linking the name of famous Punjabi singer, Sukhwinder Singh as he’s also called up as ‘sukhi’ a lot of times. The speculations about her relationship with Sukhwinder Singh had started touching new heights when the singer was spotted performing on Jasleen’s birthday.

But after getting out of the Bigg Boss house, she had rubbished all the rumours of her dating Sukhwinder in an interview with the Bombay Times. She had explained,

“We have been good friends for the last six years. Jasleen calls me Bablu. She accompanies me for my shows and her family is also close to me. Her mom, dad and friends came over to my house a day before she left for Bigg Boss. She cut a cake and we had a great time. We often catch up for movies and outings along with her friends, but we have never dated each other. I’m surprised that this was claimed on the show. I’ll call up her father and check what this is all about.”

Everyone felt the pain of Anup Jalota when in one of the ‘weekend ka vaar’ episodes, Jasleen Matharu and Anup Jalota’s pair was evicted out of the house. However, given to their popularity, the jodi was given a choice of letting only one member stay in the house. And for the sake of Jasleen’s happiness, Anup Jalota had then chosen to sacrifice himself to keep Jasleen inside the house. Interestingly, Anup Jalota was kept inside a secret room with a television, wherein he could see his muse, Jasleen Matharu, getting close to co-contestant, Shivashish Mishra!

In one of the following episodes, Jasleen was seen eating from the same plate as Shivashish’s and laughing over the fact that she is very much single! Her then rumoured boyfriend, Anup Jalota had been witnessing all this from the secret room and had expressed his disappointment. But again after coming out of the house, both Jasleen and Shivashish had started posting proofs of their friendship on their respective Instagram handles.

Welcome back to the year 2020, Jasleen is now in a rumoured relationship with her co-star, Mayur Verma on the show, Mujhse Shadi Karoge. Well, both Jasleen and Mayur are on the show to marry Paras Chhabra and Shehnaaz Gill, respectively, as it is a kind of a swayamvar. However, interestingly both Mayur and Jalseen had started liking each other and some instances hint towards their growing closeness. In one of the promos of the show, we have already seen a furious Paras Chhabra confronting Jalseen and then Mayur about their growing connection. Well, only time is going to tell us whether Jasleen has found the love of her life in Mayur or it’s just a close friendship for the two.

(Don't Miss: 'Bigg Boss 12' Fame Jasleen Matharu To Use Boyfriend Anup Jalota As A 'Pole' For A Dance Performance)

We hope Jasleen finds the man of her dreams very soon and enjoys the beautiful emotion of being loved by someone. Talking about her current rumours with Mayur Verma then there are chances that the two will come in a relationship because their bonding is growing with the passing of each episode. Do you think, Jasleen and Mayur will make a beautiful couple? Let us know!