Are you guys all set for the weekend? We hear a loud ‘yes’! For the people whose ideal weekend scene is chilling at home and binge-watch shows, this is ‘the’ news for you! We have another major update for you from the Bigg Boss 12 house and it is none other than India’s most-loved vichitra jodi, Anup Jalota and Jasleen Matharu. (Do Read: Prince Narula And Yuvika Chaudhary's Pre-Wedding Trailer Is A Mix Of Love, Fun And Dream [Video])

Ever since Anup Jalota announced his decision in the breakfast table to part ways with his muse, Jasleen, Bigg Boss fanatics have been having a tough time. Speculations about whether we will get to see their cutesy PDA, lovey-dovey talks on the reality show, have been everyone’s matter of concern. Hence, as a means of resolving things between the couple, Bigg Boss arranged a romantic date night for the couple yesterday (October 05, 2018). Did you watch the episode? If not, here’s a glimpse:

And now as the weekend has set in, let us tell you about what’s in store for you from the Bigg Boss contestants, specifically from Jasleen-Anup’s jodi. A source connected to the show revealed to Mumbai Mirror, “Anup and Jasleen are set to do a pole dance where Anup will become a pole and Jasleen will dance around him. The show’s team is expecting the actress-singer to sizzle onscreen for which special costumes have been arranged at the Lonavala house.” Wow, aren’t you excited? 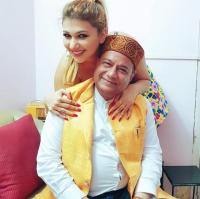 The source also stated that other than Anup-Jasleen’s pair sizzling the weekend, singer Deepak Thakur will be seen singing along with bhajan samraat, Anup Jalota by playing a harmonium. That’s not all, you will also get to see Bajrangi Bhaijaan, Salman Khan hosting the show and comedy queen, Bharti Singh making a guest appearance and co-host the show with Salman and making the audience laugh with her natkhat comedy. Looks like this weekend is going to be an amazing one! (Don't Miss! Dipika Kakar Shares Insights Of 'Desi' Marriage, Tells Nehha Marrying Shoaib Was The Best Decision)

Speaking of Jasleen and Anup’s camaraderie and PDA, the lipstick mark on cheek and forehead gets a prominent mention. A latest episode that recently went viral, had Jasleen applying lipstick and planting a passionate kiss on Anup’s forehead and cheek. More so, you must have also see an all-elated Jasleen requesting her dear Anup ji, to not remove the lipstick marks from his face! This one-of-a-kind gesture had fellow inmates cheer for the couple, while Karanvir Bohra was seen wanting more of it, and one on the lips as well! In case you missed that episode, checkout the glimpse of the same posted on Colors TV’s Twitter handle:

In an interview, Jasleen had also shared that her and Anup ji’s relationship will come as a complete shocker for the former’s family. She had stated, “This is going to come as a huge shock to my parents and friends as no one is aware of my relationship with Anup Jalota ji. We have been dating each other for the last three and a half years. We usually don’t get time to spend with each other in the outside world due to our busy schedules, but now with the help of Bigg Boss, we will get to do so. Also, we will get to know if we can stay together forever”. (You May Also Like: Anup Jalota Mocks Jasleen Matharu, Asks Her If She Would Choose Her Clothes Over Him) 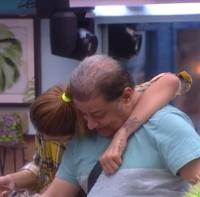 And as expected, the news and visuals of them dating each other, did not go down well with Jasleen’s father. In an interview with The Times of India, Jasleen’s father, Kesar Matharu shared, “I am hurt, and I would never accept their relationship. We were not informed that she is dating Anup Jalota. We were told that they were going inside as guru-shishya Jodi. I was shocked and was surprised when she spoke about being in a relationship with him for the past 3 years. I am getting calls from my relatives who are asking me if the news is true. They are telling me how did I allow her to have an affair with him. Woh bolte hain humari beti hoti toh hum kaat ke phek dete (had jasleen been their daughter they would have killed her). But I don't think I have the right to do that. I will never do that to my daughter. I know she has done a mistake and I pray to God that she changes her decision after coming out of the house.” 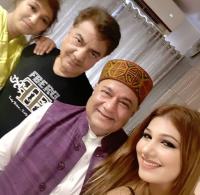 Are you excited to see Jasleen and Anup Jalota perform a pole dance together? Let us know in the comments section below.