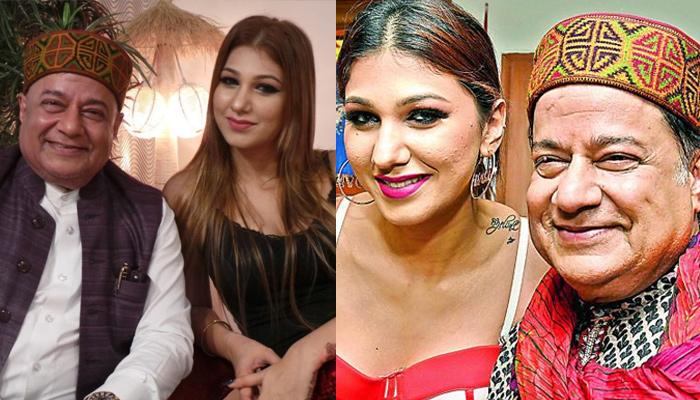 We know and abide by the saying that love knows no boundaries and classifications. But certain vichitra jodis in and around our vicinity do make us gape in amazement as to how could this even happen! The mere mention of vichitra jodis must have taken you straight inside the Bigg Boss 12 house, wherein the world saw one of the most unusual pairs indulge in PDA, loads of crying, controversies, date nights, sober fights and much more! Yes, needless to say, we are talking about India’s vichitra jodi, Anup Jalota and Jasleen Matharu. (Do Read: Anup Jalota Reveals Jasleen Matharu Is Not His Girlfriend And They Are Not Romantically Involved)

Ever since Bigg Boss 12 premiered on national television on September 16, 2018, news reports and day-to-day chats have one topic in common-Anup Jalota and Jasleen Matharu. With multiple speculations on one hand, that their relationship is a mere TRP-grossing stunt, multiple evicted contestants, on the other hand, sharing that Anup-Jasleen’s jodi is as real as it seems, only added to our confusion. But with the last eviction, the truth is finally out as we get to hear straightaway from the ‘other half’ of the vichitra jodi himself, Anup Jalota!

In an interview with SpotboyE, post Anup’s eviction from the Bigg Boss 12 house, Anup ji was asked if he was feeling bad to leave Jasleen behind. To which he replied, “Not at all. I was mentally prepared that I want to be part of the show for 2-3 weeks. When I got evicted you must have seen that despite having a choice, I nominated myself and kept her safe. Agar mere rehne ka mann hota toh main kehta na- ye jaayegi main rahunga?”

With many people thinking alike, Anup ji was asked if Jasleen used his fame and popularity for personal interests. To which, he replied, “Of course. That was her idea. She wanted to ride on my popularity--- which she did. I am a very positive person and I feel if I can help someone, I should.” Anup ji was also asked that Jasleen wasn’t as selfless as him as she failed to give away her make-up and clothes as a ransom to save him. Anup ji answered, “I wasn’t hurt. The reaction you saw on TV was just acting. None of the TV actors in the house could guess that I was acting. Mujhe bilkul bura nahi laga ki unhone kapde aur make-up nahi diya because bura to tab lagega jab koi rishta ho. But maine socha usko jhatka dete hai. Being a teacher I wanted to teach her that materialistic commodities are not as important as the person. She cried a lot after that.” (Must Read: Mukesh Ambani-Nita Ambani Offer Isha Ambani-Anand Piramal's Wedding Card At Siddhivinayak Temple)

Do you know, it was Jasleen’s father who had insisted that Anup Jalota and Jasleen should enter the house as a jodi, as it would be good for her career. When asked to clarify the same, Anup ji shared, “No, Jasleen came to me with the idea that she can’t go alone to Bigg Boss (Season 12) since they are looking for ‘vichitra jodis’. I initially said 'no' to her suggestion of going as guru-shishya. However, then, her father came to me and said that this might help her career so I agreed.”

Remember how Jasleen's father was furious at his daughter for going inside the Bigg Boss 12 house as a couple? Then how is this possible? The bhajan samraat clarified, “It’s just a misunderstanding and I will not blame him. When I decided to go in the house, we were supposed to enter as guru and shishya. I have my image, why would I take my relationship on national TV? I would have never done it.”

So, how did Jasleen and Anup ji's jodi form if he claims that they were never a couple? Anup ji revealed to the same portal, “No, there is a story behind which you don’t know. 6 days before the show, the Bigg Boss team put her up at an outhouse. We couldn’t talk since she didn’t have her phone. Finally, when I went for the first episode shoot, Salman Khan asked me if I have a partner and I replied saying that my student Jasleen is with me. However, Salman said that Jasleen ka toh kuch aur hi kehna hai. Her introduction video played where she claimed that we are in a relationship and that shocked me. I couldn’t react and immediately thereafter, we were sent to the house. Once there, I thought that I should play along gracefully rather than complain.” (Checkout! Sania Mirza And Shoaib Malik Blessed With 'Baby Mirza Malik', The Elated Father Shares The News)

Now that Anup ji is out of the Bigg Boss 12 house, has Jasleen’s ‘angry father’ tried contacting him? Yes, he did and this is what Anup ji had to say about it, “Yes, he called me yesterday. He said humne to decide kiya tha you two will enter as guru and shishya, so why this affair? I told him that that I maintained what we decided but agar aapki beti wahan ye sab bol rahi hai- toh what can be done? He said, ‘usko aane do bahar main usse sudharta hoon'.”

Well, looks like a lot is in store for Jasleen when she comes out of the house (*wink wink*)!