8 Celebrities Who Have Shielded Their Kids From The Paparazzi: From Anushka Sharma To Shahid Kapoor

Here is the list of some of the most popular celebrity parents who have always been protective of their kids when it comes to the crazy paparazzi culture. Check it out!

A celebrities' life is allways a topic of public discussion. Moreover, it happens because people are curious and want to be privy to the star's most personal facets of life. And hence, the paparazzi come into the picture. From capturing celebrities' airport looks to date nights, they leave no stone unturned to cater to the audience's demand.

With the evolution of the internet and social media, the paparazzi culture is growing in India like never before. Privacy has just become a myth in a world bounded by the web, and it is even worse in the case of celebrities. However, the celebs have accepted it as a part of their job. But they don't like when the paps intrude on their children's life. Here is the list of Bollywood stars who have always protected their kids from the crazy paparazzi culture. In recent times, the pap culture has grown significantly. Moreover, capturing the star kids has become a trend and a competition. Hence, it has become difficult for celebrity parents to keep their kids out of the limelight. However, Anushka Sharma and Virat Kohli, who embraced parenthood in 2021, are doing everything to keep their daughter, Vamika, away from the spotlight. 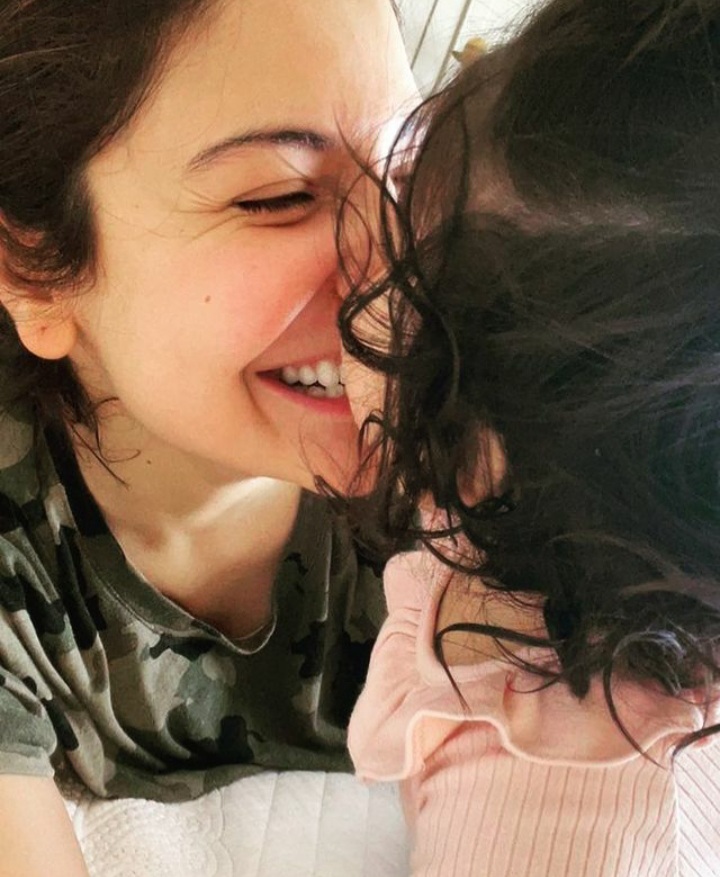 They have been very vocal about bringing up their daughter away from the public eye. In a throwback interview with Vogue, Anushka had shed light on the same. She had said:

"We've thought about it a lot. We definitely do not want to raise a child in the public eye - we don't plan on engaging our child in social media. I think it's a decision your child should be able to take. No kid should be made to be more social than the other. It's hard enough for adults to deal with it. It's going to be difficult, but we intend to follow through." 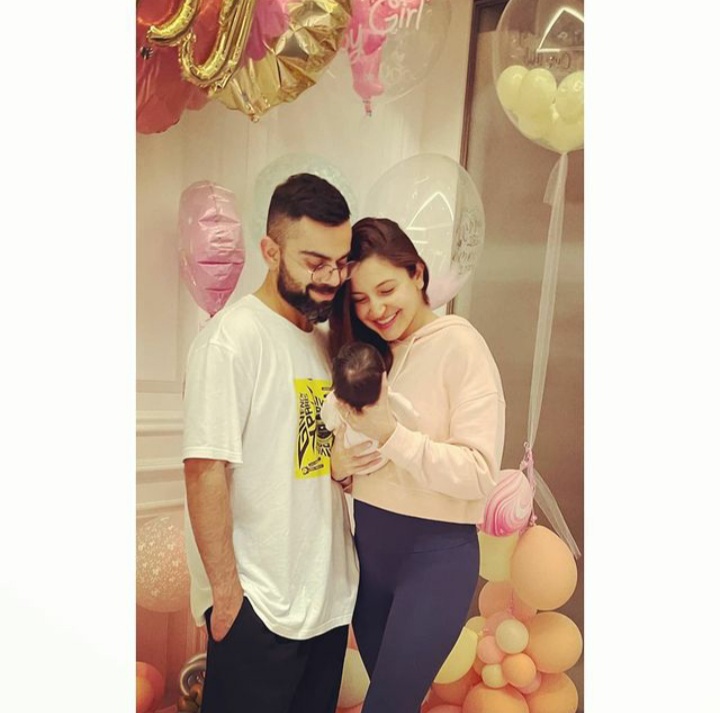 Vamika turned a year old in January 2022, and so far, Virat and Anushka are protecting her privacy. However, during one of Virat's match in South Africa, Vamika's photo went viral on social media after being captured with Anushka. Furthermore, the couple issued a statement, clarifying that their stand remains the same on the issue, and they requested everyone not to click or post, Vamika's picture. 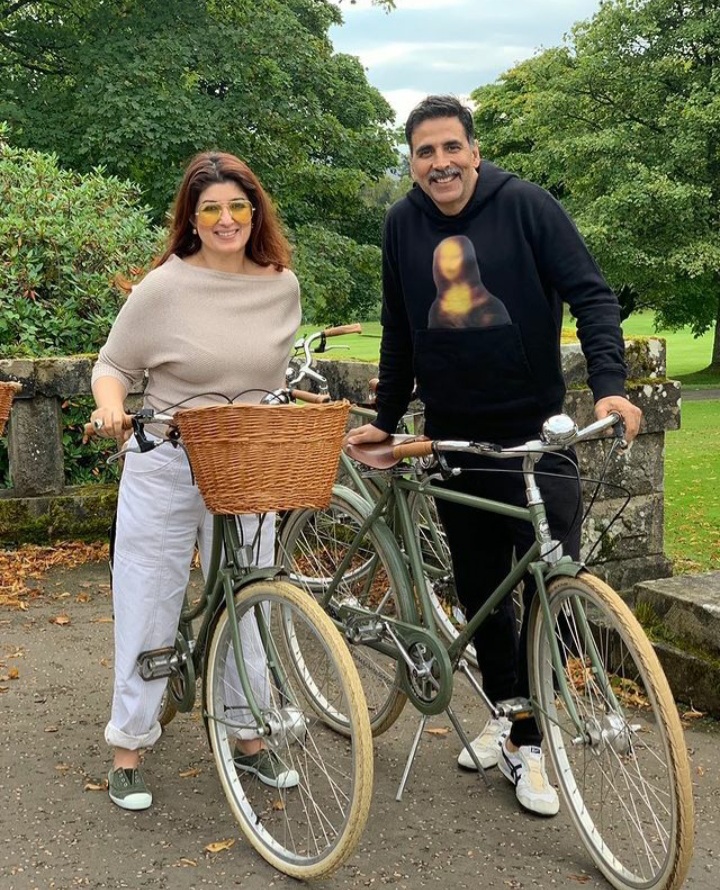 Akshay Kumar and Twinkle Khanna are one of the hottest couples in Bollywood. The couple got hitched in 2001 and soon they had embraced parenthood when they welcomed their first child, Aarav Kumar on September 15, 2002. However, their family got complete after the birth of their daughter, Nitara, in 2012. The couple faces the craziness of the paparazzi due to being public figures. However, they indeed try to keep their children away from it. On many occasions, we have found Akshay shielding his daughter from intrusive photographers. In an interview with Pinkvilla, Twinkle expressed her views on keeping her children away from public attention. She had stated:

"I think she is very young and should get her privacy. I don't really put up pictures of my son Aarav. I think they are growing, and if they come out with me for a movie or something and then if someone clicks pictures, I am ok. As parents, we try to keep them away from the limelight until they understand the consequences and learn to handle themselves." Shahid Kapoor and Mira Rajput Kapoor are undoubtedly one of the cutest couples in B-town. They welcomed their daughter, Misha, in 2016 and their son, Zain, in 2018. Since their kid's birth, Shahid and Mira have been stepping up to protect their kids from the shutterbugs. Shahid, on many occasions, has been seen shielding his kids from the paps. In 2017, the actor even hit out at the photographers after they hounded his family for a picture. He had slammed the paparazzi on Twitter and had written:

"Unfortunate how some journos don't realise how bad 20 cameras flashing 2 feet away for an infant's eyes. No common sense in their DNA." 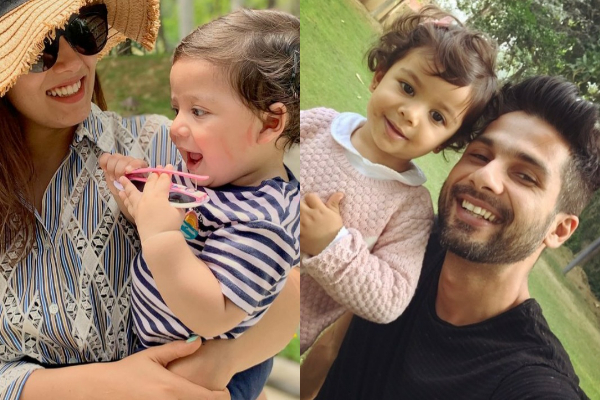 Moreover, the couple has also been vocal about the intrusive pap culture on their respective social media handles. Once, Mira slammed the paparazzi when they invaded her daughter's playtime. She had taken to her Instagram and had written:

"Guys, please be kind. Let kids enjoy their childhood and leave the photographing to the parents." Rani Mukerji is one of the most versatile actresses in the industry. She entered into marital bliss by tying the knot with the producer, Aditya Chopra, in 2014. The couple got blessed with a daughter, Adira Chopra, in 2015. Ever since their daughter's birth, Rani and Aditya are trying their best to give her a normal upbringing and keep her away from the limelight. In an interview with Pinkvilla, the actress had opened up about the pap culture and their constant glares at the star kids. She had said:

"I was very clear, so was Adi, that Adira needs to have a very normal upbringing, and that can only happen when the attention is not completely focussed on her, and she isn't in the limelight." 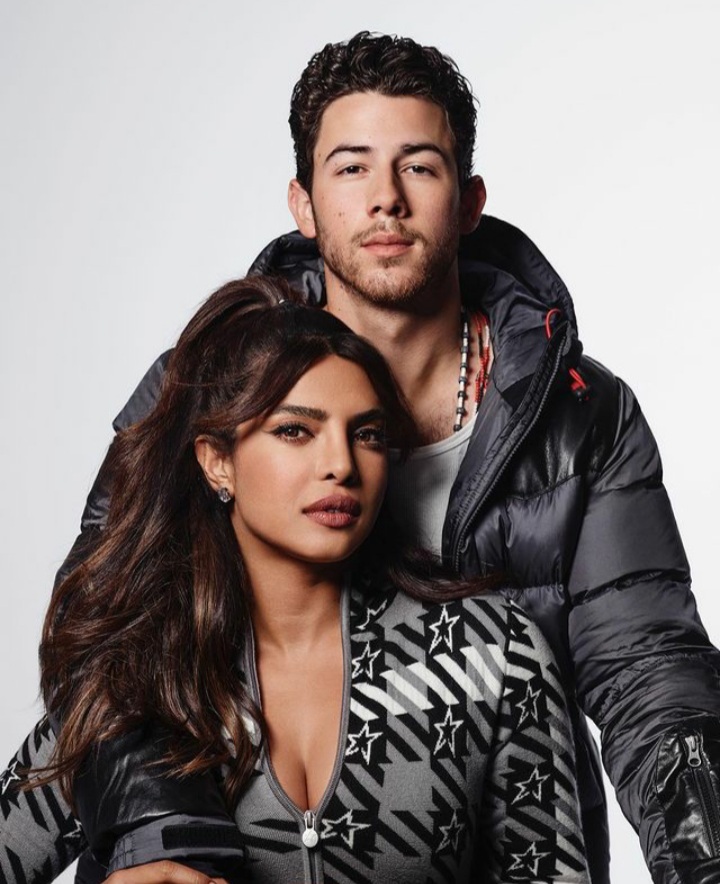 The global icon Priyanka Chopra got married to Nick Jonas in 2018. The couple welcomed their daughter, Malti, via surrogacy in 2022. Since then, the couple has been conscientious about their daughter's privacy. The couple does put pictures of their daughter on their respective social media handles. However, Priyanka and Nick have not revealed Malti's face yet. Moreover, if we look at Priyanka's Instagram account, we can see how she always puts emojis on her daughter's face. 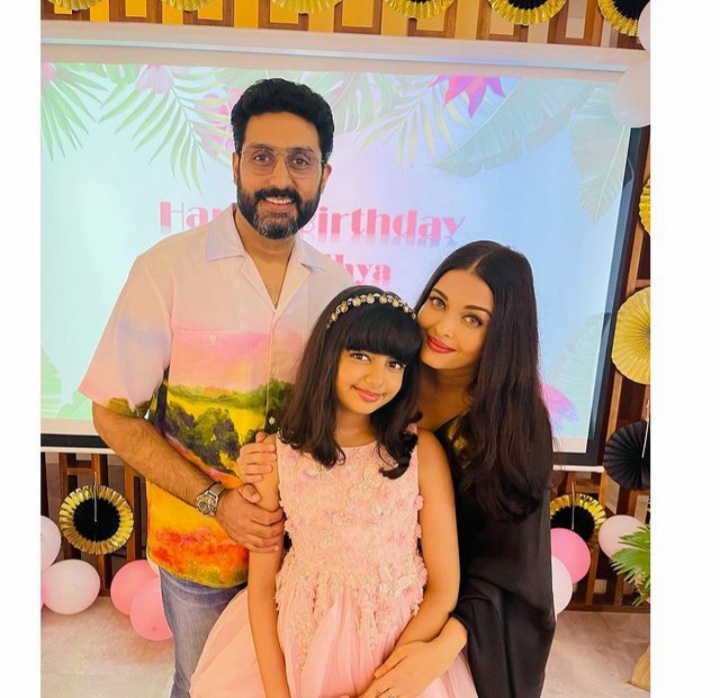 Aishwarya Rai Bachchan and Abhishek Bachchan embraced parenthood in 2011 when they welcomed their daughter, Aaradhya. Their daughter is one of the most papped star kids in the industry. However, the actress has made her daughter comfortable with the shutterbugs and the limelight that she gets. But still, on many occasions, Aishwarya was been seen protecting her daughter from the craziness of camerapersons.

Also Read: When Kajol Revealed How She Treats Her Kids Nysa And Yug Equally, Urged Fans To Have Gender Equality 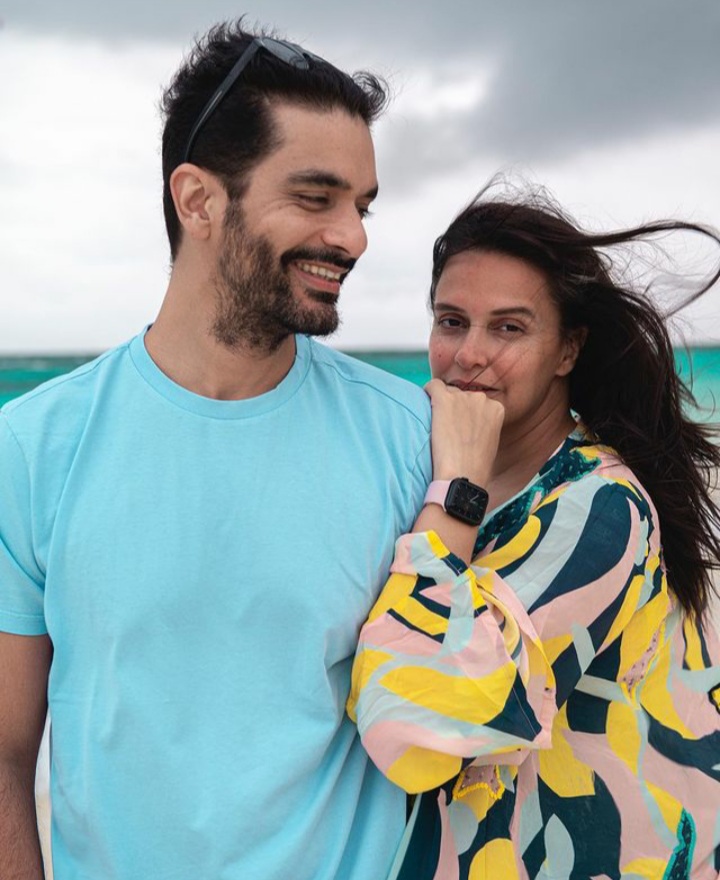 Neha Dhupia and Angad Bedi are dotting parents to their kids - Mehr and Guriq. Right from the birth of their first child, Mehr, the couple has been vocal about protecting their kid's privacy and not sharing pictures. Though the actress keeps sharing her children's photos on her social media, she keeps their faces hidden. The couple has always tried to keep the paps away from capturing their kids. Expressing his views on the pap culture in an interview with Pinkvilla, Angad had stated that it is not entirely impossible to keep a child away from the limelight. He had said:

"I have never seen a picture of Adi sir and Rani ma'am's daughter out in the media. If you really want to protect your child, you can. I just want Mehr to maintain her innocence as long as possible." 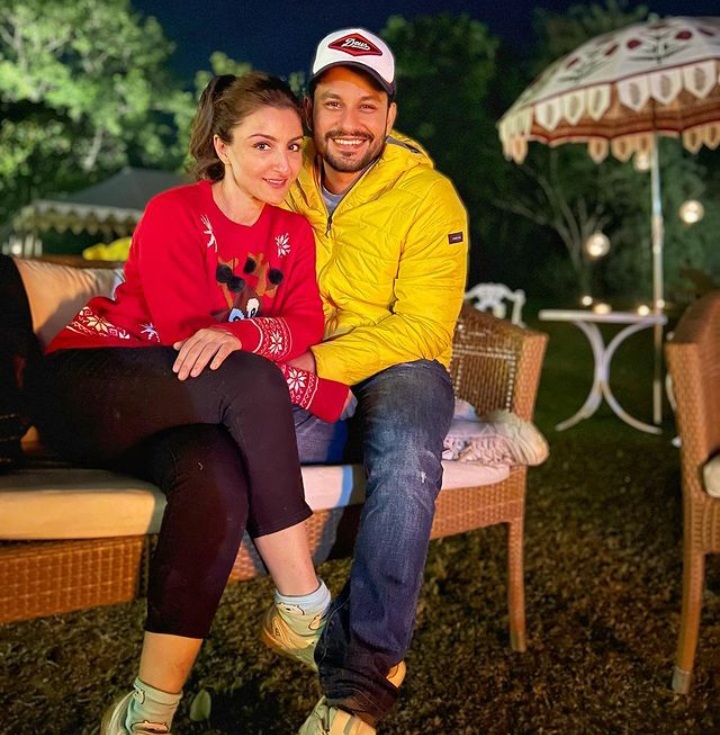 Soha Ali Khan and Kunal Khemu are among the loveliest couples in B-town. The duo had tied the nuptial knot in 2015 and embraced parenthood in 2017 when they welcomed their daughter, Inaaya Naumi Khemu. Their daughter is among the most papped star kids in the industry. 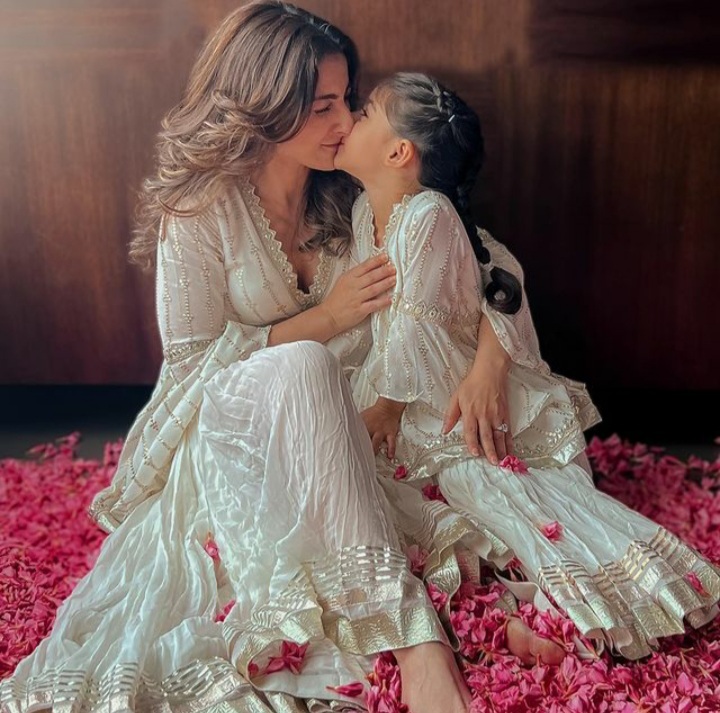 Though Soha and Kunal do not hide their daughter's face from the shutterbugs, they try to protect her from the camera's flashlight. On several occasions, Soha has asked the paps not to put the flashlight on little Inaaya as it can affect her eye. The B-town celebs cannot escape the unwanted attention and the constant media glares. However, some of our beloved celebrity parents have maintained their stance on the 'No Pictures' policy regarding their kids.