Love is love. It is unconditional and can happen anywhere and at any time. And when two people are madly in love with each other, every sacrifice or every adjustment made is worth it. Just like that, we have a couple of examples in our own television and Bollywood industries wherein celebrities have shifted their base to partners’ country altogether.

Well, there are a number of famous and accoladed actors who gave their heart to someone special across borders. So much so, that they have left their career in acting, left everything behind in India and are settled with the love of their lives now. Following is the list of some of the celebs from television as well as Bollywood who didn't think twice while shifting their base to another country with their better-halves to start a new life. Scroll down and check out:

Recommended Read: 11 Star Wives And Their Affairs With Other Actors Before Entering The Bond Of Holy Matrimony 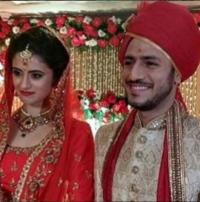 Yeh Hai Mohabbetein fame actress, Mihika Varma surprised everyone when she secretly tied the knot to an NRI businessman named, Anand. The couple took the wedding vows on April 27, 2016, in a low-key wedding. While she was being loved on-screen for her commendable performance as Mihika or Mihiku in the show, she quit the industry and left everything behind to settle in the USA for her love, Anand. Mihika and Anand are now parents to a baby boy, who was born in early 2018, which was another surprise given by Mihika to her well-wishers and fans. 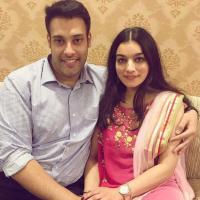 Another actor and handsome hunk from Yeh Hai Mohabbatein, Sangram Singh, left his career in acting to be with his lady-love in abroad. Well, Sangram walked down the aisle with a girl from Norway, named Gurkiran Kaur. The two of them had an arranged marriage and their families played the cupid between them. Announcing the same to the world, Sangram said, "Yes, it's true. We are getting married on December 25th. The wedding will take place in Amritsar and the engagement and cocktail will happen at Jalandhar. It's an arranged marriage and Gurkiran is a VAT consultant from Norway."

Today, Sangram has relocated to Norway and living with his wifey there and enjoying the marital bliss. A source shared with the Times of India, “Three months ago, Sangram got married in Amritsar. It was an arranged marriage. His wife Gurkiran Kaur is a VAT consultant in Norway, so he has decided to move there. The couple will be in Punjab for a few months before they finally relocate to Norway.” Recommended Read: 10 Celeb Couples Who Are A Powerhouse Of Talent And Deserve More Stardom And Attention

One of the famous and most celebrated actresses of her time, Mumtaz too left her career in the industry to settle for her love in abroad. In fact, Mumtaz was the one who became the trendsetter when she married a US-based NRI businessman, Mayur Madhwani. Mumtaz and Mayur walked down the aisle long back in the year 1974. Ever since her wedding to Mayur, Mumtaz never looked back to return to the films.

You May Also Like: Bollywood Celebrities Who Got Married Not Twice But Thrice Or More Times

Meenakshi Shashadri, a name that was a crucial part of blockbuster films such as Hero, Ghayal and Damini found love off-screen. The actress who was ruling the silver screen in the late 80s was not only super-gorgeous but was also an amazing and outstanding performer. She last appeared in Rajkumar Santoshi's film named, Ghatak opposite, Sunny Deol. As soon as she got married to an investment banker, Harish Mysore, she didn’t come back to the silver screen. She shifted her base to the USA with her doting hubby and since then, the two are living there with their two kids. Meenakshi lives in Sugarland, Texas and there she teaches various forms of Indian classical dance to the students. Recommended Read: Guru Dutt And Geeta Dutt's Love Story: Tragic And Untimely Death Of Two Lovebirds Ends A Love Story

Virasat fame actress, Pooja Batra and the winner of the Miss India International 1993, also left her career behind. The model-turned-actress left everything far behind to be with the love of her life. On the basis of her first blockbuster movie, Pooja managed to bag good roles in films such as Bhai, Haseena Maan Jaayegi, Kahin Pyaar Na Ho Jaaye and Jodi No.1. Pooja found love in an orthopaedic surgeon from California, Dr Sonu S. Ahluwalia. Though the actress filed for divorce in the year 2011, quoting the fact that their differences were irreconcilable.

The dimpled beauty of Bollywood world, Preity Zinta, is one sweetheart who is missed a lot on the silver screen. It was on February 29, 2016, that the actress walked down the aisle with a management graduate from Marshall School of Business, Gene Goodenough, who is based out of Los Angeles. Preity and Gene had a Hindu wedding ceremony in Los Angeles with an intimate gathering of close friends and family members. Although there is a movie named, Bhaiaji Superhit which stars Preity Zinta, Sunny Deol, Ameesha Patel, Shreyas Talpade and Arshad Warsi. The movie was supposed to be released before Preity got married, but it has been delayed all this while for the reason best known to the team. But she did the movie before getting married. 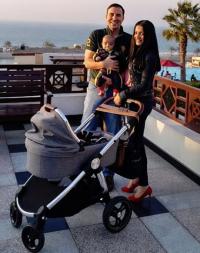 After her stunning performances in Janasheen, Accident On Hill Road, Thank You, etc., Celina Jaitley vanished from the silver screen. The actress tied the knot with Peter Haag, who is settled in Dubai. She had a great career, but soon family became her topmost priority and she left her career to be there for her husband in Dubai. Celina and Peter are blessed with three kids and are enjoying their marital bliss abroad.

These were a few names that made it to our list. In case we have missed out any name that you think should be added on to this list, do let us know in the comments section below!