In the golden period of the Indian film industry, Guru Dutt emerged as an enigma. He rose like a magnificent phenomenon, a maestro, a mirage who brought his complex emotions on to the screen with a great élan. Dutt saw the days of glory, fan following, stardom, true love, unrequited love and devastation all at once. The man who wore his heart on his sleeves received the love of the entire world, but not of the two women who he wanted to be loved by.

Never would have Guru Dutt known that the same lyrics would become a heart-wrenching reminder of his failed love story and bitter truth of his life. Born as Vasanth Kumar Shivashankar Padukone, Dutt’s showbiz career began as a choreographer in 1944. After having seen his work in the film – Chand (1944), Dev Anand asked Dutt to direct – Baazi (1951). And once the film received a thundering response from the audience, there was no looking back for Guru Dutt who delivered successful films which went onto becoming unforgettable classics. Some of which were inclusive of Kaagaz Ke Phool, Sahib, Biwi Aur Ghulam and Pyaasa.

The beginning of a love story One of the most popular and versatile singers of that era, Geeta Roy, met Guru Dutt during the shoot of the film Baazi. While he was smitten by her cheerful personality and melodious voice, Geeta too, was in awe of his directorial brilliance. As expected, it didn’t take the duo too long to fall head-over-heels in love with each other.

Talking about that phase, Lalitha Lajmi (Guru Dutt's sister) had once said:

“Apart from her honeyed voice, I was struck by beauty. She was exquisite like an Ajanta fresco, dark and beautiful! Soon, Guru Dutt and she fell in love. They had a long courtship, almost for three years. They’d exchange letters through me. One full moon night in the balcony of her bungalow she confided, “I’m going to marry your brother!””

You May Also Like: Feroz Khan Married A Single Mother, Left Her And Children For An Air Hostess But Never Married Her Even though Geeta’s family was totally against this alliance, the couple didn’t pay heed to the opposition and tied the knot in a simple ceremony on May 26, 1953. Soon, the couple had three beautiful children namely, Tarun Dutt, Arun Dutt and Nina Dutt. While Geeta chose to devote more time to her family, Guru Dutt immersed himself completely in his work, with hardly any time or energy left to give to his family. While their marriage had begun sinking, things weren’t looking too good professionally for Geeta, who too was overshadowed by stalwarts like Lata Mangeshkar and Asha Bhosle.

“Geeta’s family was never fond of Guru Dutt. Also, she was the earning member. They didn’t want to lose her. Her brother Mukul Roy (composer) never came to terms with my brother. After the marriage they shifted to a rental flat in Khar. Gradually, she gave up singing for others and concentrated on Guru Dutt’s films. Together they gave the best songs be it in Baazi, Aar-Paar, Mr. & Mrs. 55, CID, Pyaasa and Kagaz Ke Phool, Sahib Bibi Aur Ghulam and Baharen Phir Bhi Aayengi.”

“In the early years of their marriage, Guru Dutt and Geeta shared much love and affection. They enjoyed a great rapport regarding music. Both of them loved their children. My brother’s birthday fell on the same date as his older son Tarun’s – July 9. Arun’s birthday falls on July 10. So, she’d celebrate all their birthdays with great pomp and have a huge birthday cake cut! She was ecstatic when, Nina, their daughter and last child was born (1962). She loved to doll her up.” 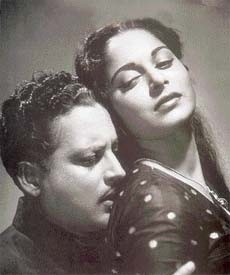 By 1950’s the news of Guru Dutt being romantically involved with actress Waheeda Rehman started doing the rounds, which further distanced Geeta and her children from Guru Dutt. Their financial issues too peaked up and they had to vacate their bungalow. While Guru Dutt shifted to a rented flat, Geeta moved to her parents’ place along with her children. 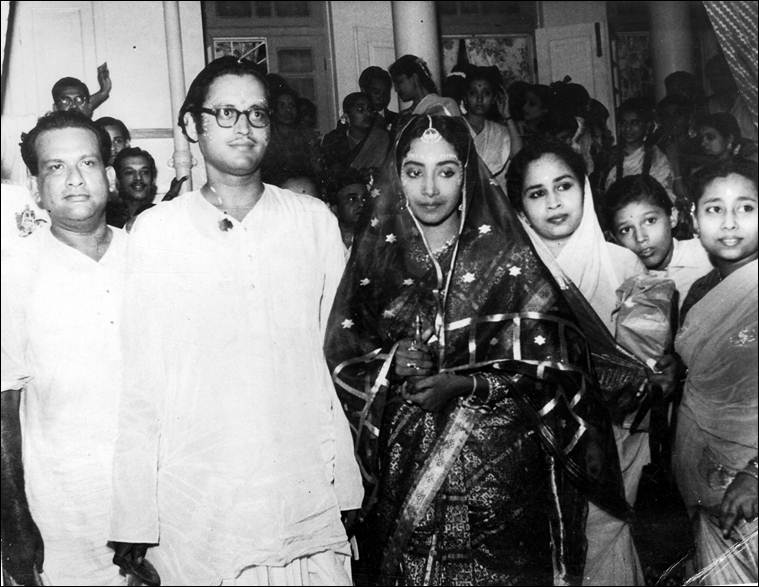 Talking about that phase, Lalitha said:

“Soon, there were several issues including a clash of egos and perhaps a feeling of hurt, which troubled Geeta. They had 11 years of a tempestuous marriage. Both of them were brilliant as artistes but as a couple faced constant friction. She was suspicious of every actress he worked with. She kept tabs on him all the time. That was her only undoing. There would be frequent quarrels and she’d take the children away to her mother’s home. He’d beg her to return.”

Don't Miss: Lucky Ali's Love Life: A Man Who Was Open To All His Wives That He Is Not A 'One-Woman' Person 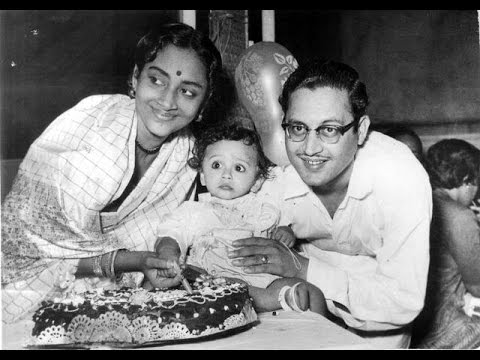 “The next day he’d get into a depression and call us to tell that Geeta has taken the children away. Given Guru Dutt’s suicidal tendencies, he had attempted suicide twice before. The second time he was admitted to the Nanavati Hospital and had slipped into a coma for three days. One afternoon when he came through, the first word he uttered was ‘Geeta!’” While Dutt’s career was slipping away from his hands, so was Waheeda Rehman. It is said that towards the end, even Waheeda had distanced herself from him, owing to his alcoholism, anxiety and depression attacks. By then, Guru Dutt had already made two attempts at committing suicide which was foiled by his staff members.

Lalitha was quoted as saying:

“Guru Dutt’s speculated relationship with Waheeda has become a sort of a myth today. She’s been unnecessarily blamed for his disturbed marriage. Maybe, Guru Dutt saw a muse in Waheeda. Love is a difficult emotion to define. And let me tell you he did not commit suicide over either of the two women. Professionally, Waheeda and Guru Dutt had moved away much before he passed away.” 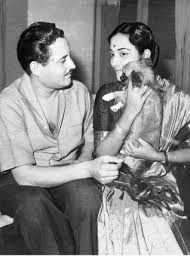 “It’s said that Guru Dutt spoke to Geeta on the phone that evening asking her to send the children across over the weekend as his shooting had got cancelled. Apparently, Geeta refused. The children were always the bone of contention between them. Abrar (an Indian film writer, director and actor) even advised him never to mix alcohol with sleeping tablets, Guru Dutt being an insomniac. That night Abrar left without having dinner. Guru Dutt also didn’t eat. Perhaps, it became a lethal combination of sleeping tablets and alcohol on an empty stomach and not intentional suicide as is believed.”

Explaining it further, she retorted:

“The next morning, they had to break open the door. Guru Dutt’s half-open eyes and his hand positioned in a particular manner suggested that he was about to say something. Waheeda was shooting with Dilip Kumar in a film for Madras. When she heard about the demise of Johnny Walker, she immediately took a flight back. She didn’t even pause to wipe off the make-up.” “I hoped that she comes to pay the last respects and she did. And she arrived just when they were taking his body to the crematorium. His death remains a mystery to us family members. He looked so young and handsome even in his death. Nina, who was just two, kept saying, “Papa wake up!”” 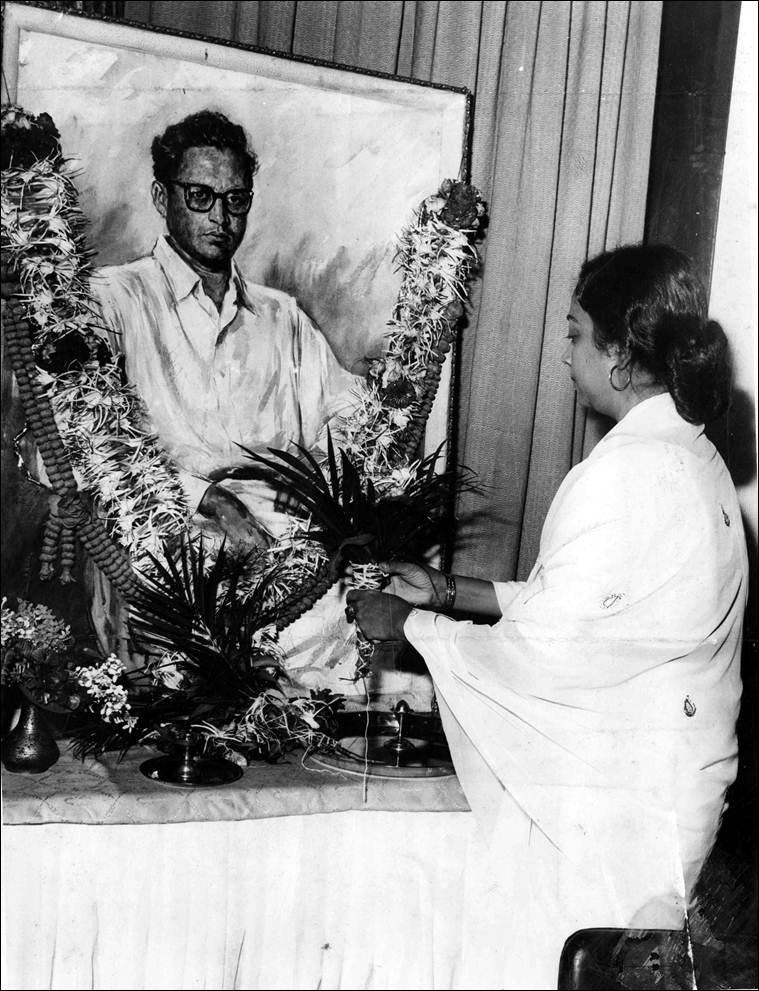 It is said that Geeta took to drinking after Guru Dutt passed away. Lajmi once revealed:

“Geeta was devastated by his death and wore white for a year as per Bengali tradition. As a widow, she was also made to eat kanji (rice porridge) for 10 days. In the later years, I met her often but most of the time she was drunk. She’d hide small bottles of liquor in the book shelf, in the bathroom... She began facing financial crisis too.”

“By then she was suffering from ‘cirrhosis ‘of the liver. That particular evening (July 20, 1972) when she took her last breath remains haunting. She was unconscious and had tubes all over.  Blood was oozing from her nose, ears... it even splashed on the walls. It was heartbreaking to see our Geeta whom I loved and who loved me equally suffer such a violent death.”

The death of Guru Dutt and Geeta Dutt brought an end to what could have been a timeless love story of two genius souls. But perhaps, a heart is a lonely hunter.