Abhishek Bachchan Trolled For Getting Beautiful Wife And Being 'Useless', Gives A Befitting Reply

Abhishek Bachchan Trolled For Getting Beautiful Wife And Being 'Useless', Gives A Befitting Reply 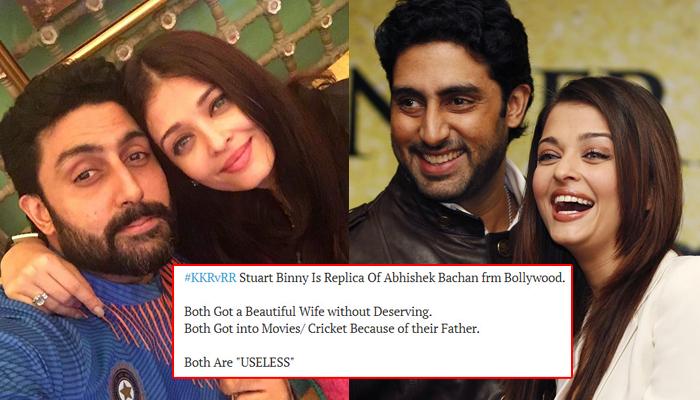 The micro-blogging social media platform, Twitter is famous for trolls and backlashes. And when it comes to trolling celebrities, Twitter always find their new targets. One of them who has been targeted many times on social media is none other than Junior B, Abhishek Bachchan, who has now become quite a pro at handling such trolls. With his wittiest replies, Abhishek has always handled the social media trolls in the most dignified manner. (Also Read: Deepika Padukone's Sister Anisha Trolls Her With A Meme; Reveals How She Is At Home)

From being a son of a prominent father, Amitabh Bachchan and being a husband of a successful wife, Aishwarya Rai Bachchan to living with his parents, Abhishek Bachchan has still never lost his cool in giving it back to the trolls with his wit and calm demeanour. In a May 24, 2018 tweet, a Twitterati named Bobby Deol (@aditaychopra) compared the life of the actor, Abhishek Bachchan with the cricketer, Stuart Binny and labelled them both “useless”. 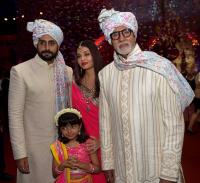 Bobby Deol (@aditaychopra) tweeted, “#KKRvRR Stuart Binny Is Replica Of Abhishek Bachan frm Bollywood. Both Got a Beautiful Wife without Deserving. Both Got into Movies/ Cricket Because of their Father. Both Are "USELESS" Retweet if you Agree.#ABDevilliers #KKRvRR @juniorbachchan @MayantiLanger_B @binny”  (Also Read: Hina Khan Shuts Down A Troll Who Said Boyfriend Rocky Jaiswal Is Not Good-Looking For Her)

However, like other trolls, this also went noticed by Junior B and he decided to give this troll a taste of his own medicine. Abhishek retweeted with a savage reply, “Walk a mile in my shoes, brother. If you even manage 10 steps I'll be impressed. Judging by your tweets don't think you'll make it too far! Spend time improving yourself, don't worry about others. God knows, we all have our own journeys. Get well soon.” (Also Read: Hubby Angad Bedi Harshly Slams A Troll Who Wrote A Filthy Comment About Wifey Neha Dhupia)

Looks like this single tweet by Abhishek was enough for the Twitterati to realise his mistake and he apologised instantly to Abhishek with the tweet, “Ab that was just for funn.. Ur one of the koolest person, even I have seen tera jadu chalgya in theatres, I like the way u dress in suits, that was a joke and apologies if you feel bad, I agreed the pressure you or sachin tendulkars son has no normal person can bear.. Apologies.” (Also Read: Arjun Kapoor Slams A Website For Objectifying His Half-Sister Janhvi Kapoor, Says It's Shameful)

Even other Twitteratis sided with Abhishek and believed that he was being ridiculed for no reason. In Abhishek’s support, they retweeted and commented on the same. Take a look at a few comments: 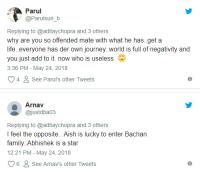 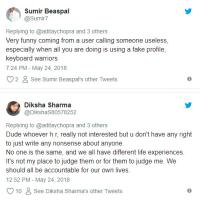 Abhishek’s parents, Amitabh Bachchan and Jaya Bachchan, and his wife, Aishwarya Rai Bachchan are very understanding and supportive of his life decisions. In an interview, Abhishek talked about his two-year-long hiatus from movies and was quoted as saying, “I didn’t say I don’t wanna be an actor anymore, I just said I need to change the kind of films I am doing. It took two years for me to get the right film, that I perceived to be the right film... How was it on the family? I spoke to them, I told them and they were very supportive... They were okay with it. I think somewhere they were like ‘Okay, one year has gone by, what is this guy doing? I think that’s a parental instinct. My wife was fine because I walk my family through everything I do so they are on the same page.”

Well, Abhishek Bachchan truly knows how to slam such trolls and unwanted comments in a calm demeanour. He is someone who cannot be taken down so easily!

Next Read: 7 Famous TV Celebrities Who Slammed Trolls For Insulting Their Partners On Social Media 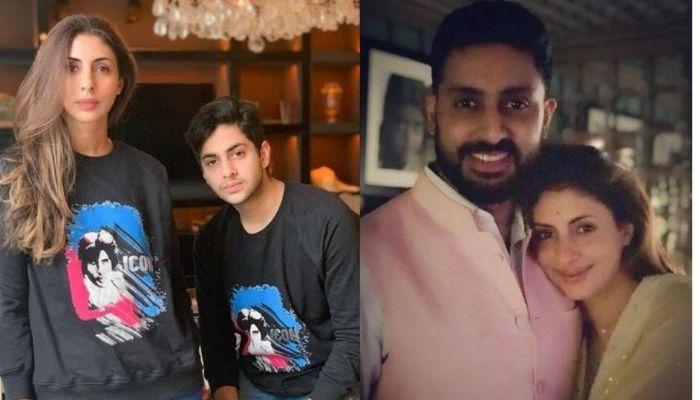 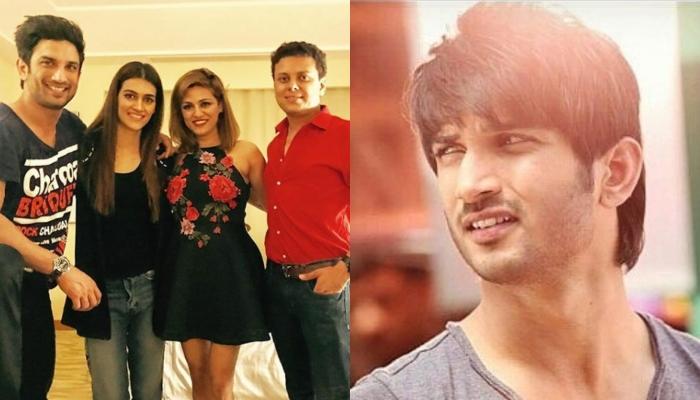 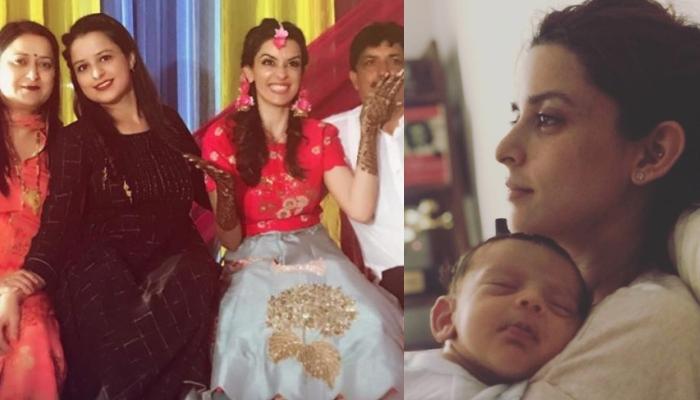