Woman Asked Abhishek Why Aaradhyaâ€™s Is Always With Aishwarya, Never At School, His Reply Is Epic

Woman Asked Abhishek Why Aaradhyaâ€™s Is Always With Aishwarya, Never At School, His Reply Is Epic

Undeniably, celebrities are a trendsetter in India, their every little thing becomes the news of the day. And why not, after all, Indian celebs are treated no less than God here!

Recommend Read: Aishwarya Had Manglik Dosh, So She'd To Marry A Tree; Here Are Other Ways To Get Rid Of It

'Maa' Aishwarya Rai Bachchan Feels Blessed To Have 'Beti' Like Aaradhya, Says She Is God's Child

One such celeb who has always been part of this norm is Aishwarya Rai Bachchan. Former Miss World and Ae Dil Hai Mushkil actress, Aishwarya was recently in Mangalore for an event to attend, and just like always, she stunned everyone with her beauty and grace. Read on to know more. 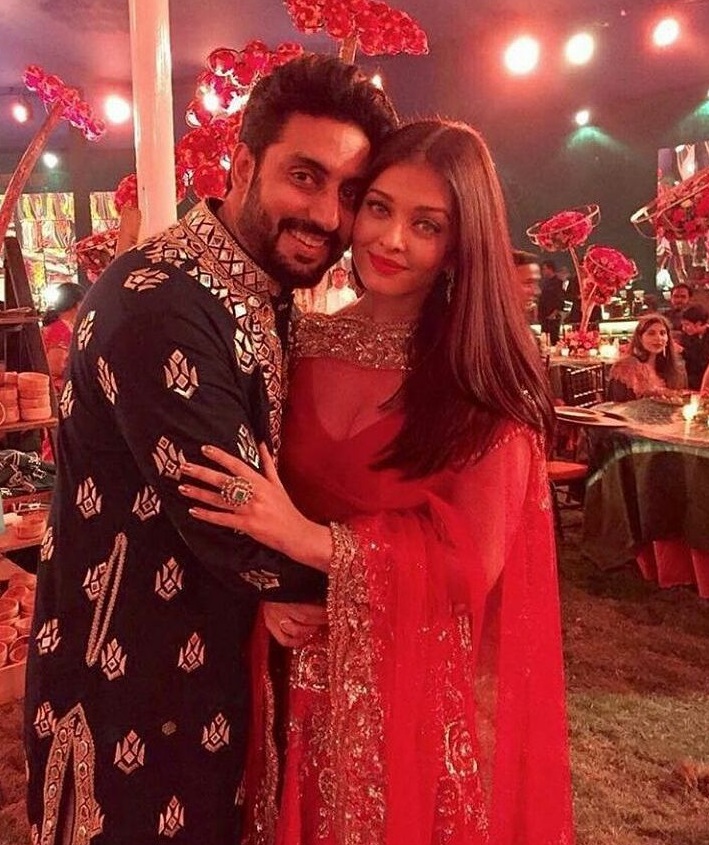 So, Aishwarya, on Sunday (it's important to note Sunday, you'll know why) i.e. December 3, 2017, was in Mangalore to attend her cousin, Pranjwal’s wedding, who is the son of Aishwarya’s uncle Uday Kumar Shetty. The venue of the wedding was TMA Pai convention hall. And, like a routine thing, everyone was blown off with Aish’s outfit, charm and elegance. Aishwarya wore a dazzling red dress which had a beautiful soft gold needlework embroidered across it. Take a look: 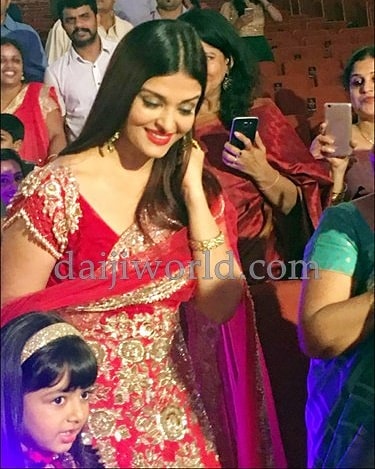 But, it wasn’t just Aishwarya that caught our attention. Perhaps the most adorable part of this event was Aish’s, 6-year-old daughter, Aaradhya Bachchan’s outfit. We’ve often heard the phrase, “…and hand in hand they walked together”, and this best suits the mommy-daughter duo here.

You May Like: The Charming Love Story Of Aishwarya Rai And Abhishek Bachchan

Yes, Aishwarya, in all her splendour, and Aaradhya, in all her cuteness, were both seen wearing a matching dress and walked with each other holding hand! Check out: Wow! Isn’t that supposed to give us all mommy-daughter goals? Aaradhya’s red dress, well contrasted with mommy’s red outfit, was also the centre of attraction for all the guests of the wedding. But there was one Twitterati, who instead of noticing these beauties, noticed something else. She noticed that Aaradhya is always seen with her mom attending various parties, and hence she tweeted to Abhishek Bachchan:

Ma’am, as far as I know… Most schools are shut for the week-end. She goes to school on the weekdays. Maybe you should try it considering you spelling in your tweet. — Abhishek Bachchan (@juniorbachchan) December 4, 2017

And this is where the woman didn't stop. She retorted:

And finally, she clarified herself with this:

Well done Abhishek! We always love to see fathers taking a stand for their daughters and the way Abhishek shut the woman up is epic! Any ways, Check out a few more pictures from the event here: 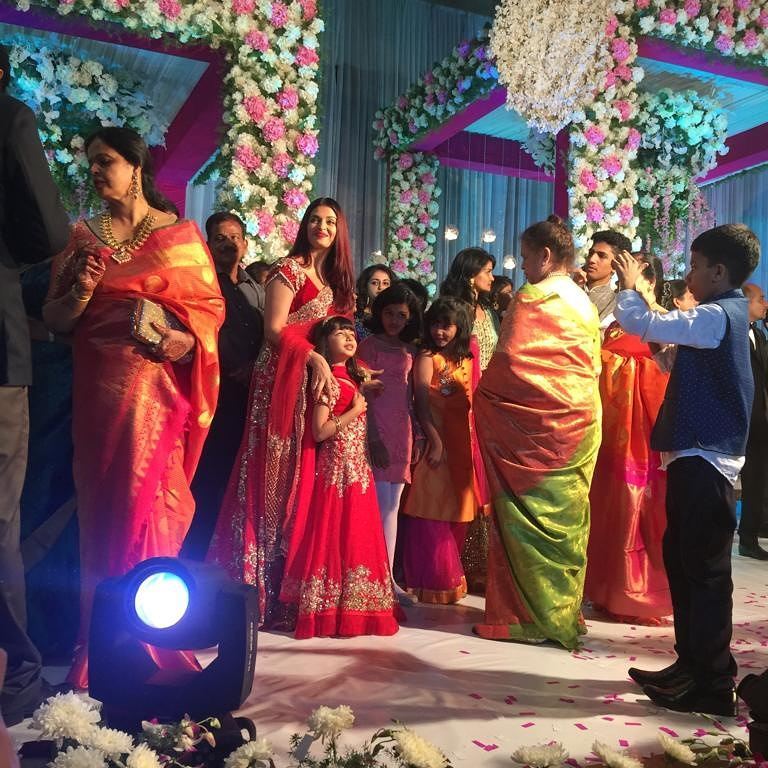 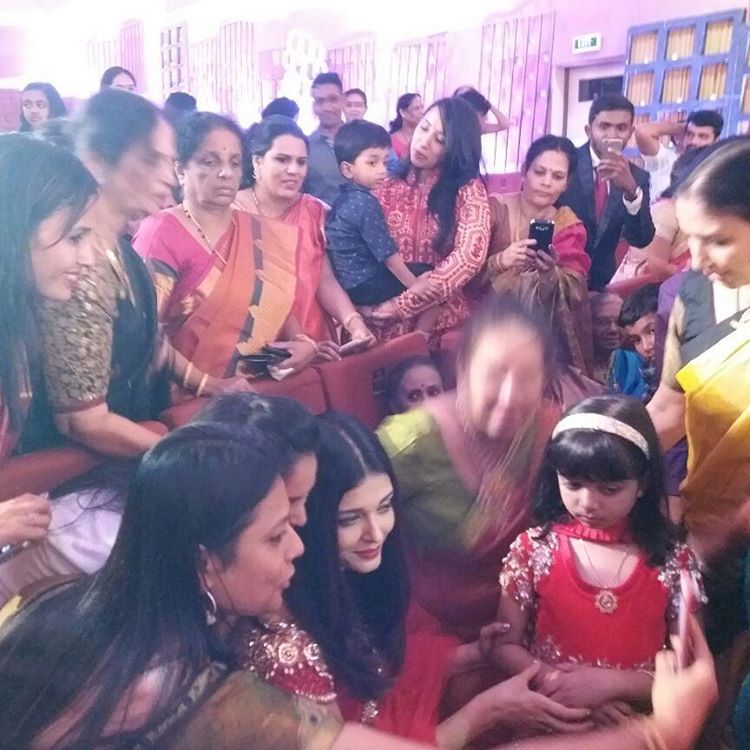 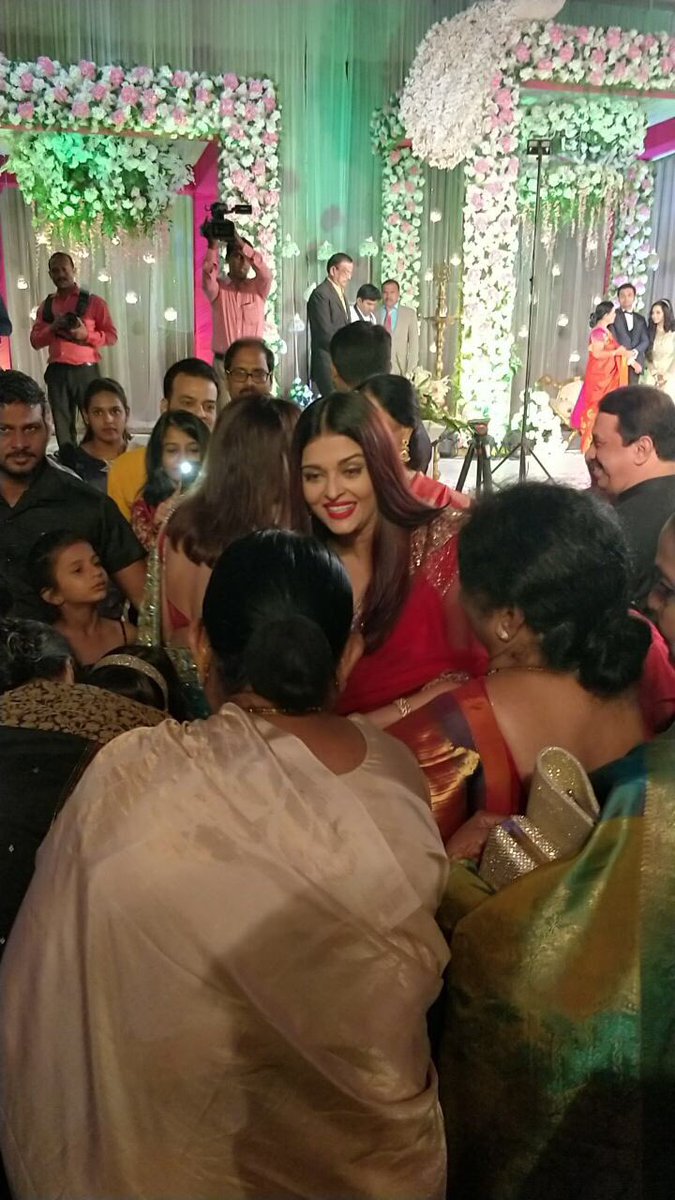 It must be noted here that a fellow Twitter user by the name of Odshek, who could have been in the wedding, had he not missed a flight, posted an amazing video on his timeline, but check out his Tweet before that:

and here's the video:

We can’t help but get swoon over by Aish’s beautiful looks and her cutesy daughter’s adorable matching outfit. What do you guys think of this story? Do let us know in the comments section below.

Next Read: This Is How Abhishek Reacted When A Photographer Clicked Aishwarya's Legs Inappropriately

'Maa' Aishwarya Rai Bachchan Feels Blessed To Have 'Beti' Like Aaradhya, Says She Is God's Child