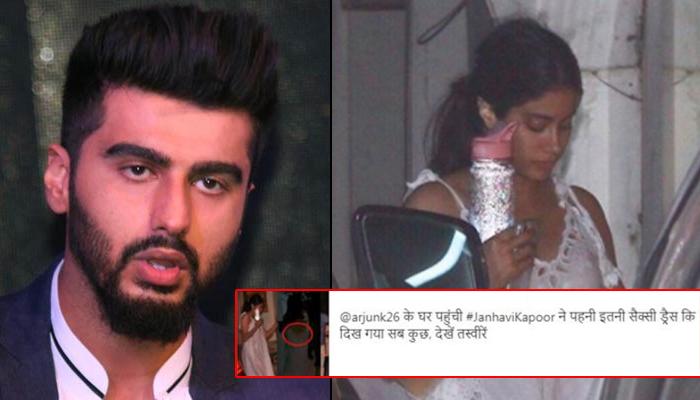 Everyone saw how Arjun Kapoor and Anshula Kapoor stood up for their half-sisters, Janhvi Kapoor and Khushi Kapoor after the sudden demise of their mother, Sridevi. Arjun and Anshula have been truly inspirational for everyone out there, as they had let bygones be bygones and supported their father, Boney Kapoor’s second family.

On April 12, 2018, Boney along with his daughters, Khushi and Janhvi went for a family dinner at Arjun Kapoor’s residence. But giving the sick mentality of the people in this world, a website on social media splashed Janhvi’s unflattering photographs in an objectifying way. And it came to the notice of elder brother, Arjun who got all fumed after reading it. Though the post has been removed by the online portal, it is shameful to see how our country scrutinises women. 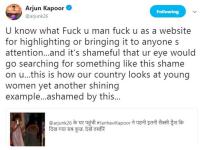 Arjun Kapoor lashed out on Twitter, retweeted the post and called it ‘shameful’. Arjun tweeted, “U know what F*** u man f*** u as a website for highlighting or bringing it to anyone s attention...and it’s shameful that ur eye would go searching for something like this shame on u...this is how our country looks at young women yet another shining example...ashamed by this...” (Also Read: Step-Sisters Janhvi And Anshula Kapoor Hug Each Other As They Exit From Manish Malhotra's Home) 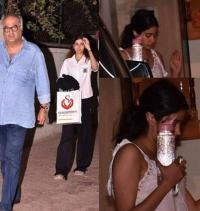 Arjun’s tweet came out as strong and supportive, and anybody who would have been at his place might have reacted the same way as he did. Arjun Kapoor has not only proved to be a strong pillar for his father Boney Kapoor, but also his half-sisters, Janhvi Kapoor and Khushi Kapoor. He has been a pillar of strength at the time of Sridevi’s demise, he oversaw everything at the funeral and all the rituals. Arjun took good care of his family and is now sharing a cordial bond with them. (Also Read: Janhvi Kapoor Is The Spitting Image Of Her Mom Sridevi Kapoor, These Pictures Are The Proof)

Earlier, Anshula Kapoor also shunned a fan who made derogatory remarks on Janhvi and Khushi on Instagram. Anshula retaliated, “Hi, I’m requesting you to refrain from using abusive language especially towards my sisters, I do not appreciate it & have therefore deleted ur comments. While I am grateful for your passion & love for bhai & me, just a small correction - I was never working outside India. Let’s please spread joy & good vibes. Thank you for the love.” (Also Read: Step-Sister Anshula Kapoor Slams A Troll, Asks Not To Abuse Her Sisters Janhvi And Khushi)

As per the reports, Arjun is planning to shift with his father and half-sisters to their family home. According to a media portal, a source revealed, “So far, Arjun and his sister Anshula Kapoor have led pretty much independent lives, away from their father’s family. But now Arjun feels his father and his stepsisters — Janhvi and Khushi — need him. He has begun to feel as protective towards his stepsister as he does towards his own sister Anshula.”

Anshula also organised a birthday party for Janhvi, after her mother’s demise. Arjun and Anshula are leaving no stone unturned to make Janhvi and Khushi happy in this emotional phase of their lives. When Janhvi resumed her work commitments for her upcoming film, Dhadak, Anshula made sure she spends time with Khushi so that she doesn’t feel alone. 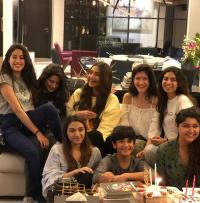 On the professional front, Janhvi Kapoor is busy shooting for her debut film, Dhadak opposite Shahid Kapoor’s younger brother, Ishaan Khatter. And Arjun Kapoor is shooting for Namaste England with his Ishaqzaade co-star, Parineeti Chopra.

Next Read: After Neha Kakkar, Himansh Kohli Opens Up About Their Relationship, Says 'Jodi Is Working' 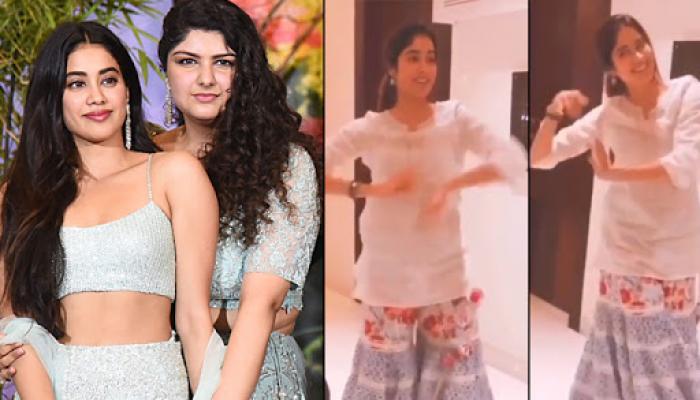 We have seen an array of newcomers making their entry into Bollywood and some of them belong to the family of actors, who follow their parents’ footsteps. And one such newcomer is Sridevi’s daughter, Janhvi Kapoor, who had become everyone’s dhadak with her debut film, Dhadak opposite Ishaan Khatter. Ever since Janhvi