As many a times reminded by herself during her stay inside the Bigg Boss house, Hina Khan has been working in the television industry for more than 8 years now. Undeniably, she is a household name but her fame and reach increased manifolds after her appearance in the reality show, Bigg Boss 11.

Since the day the show witnessed its finale, Hina Khan has invariably been in the news for one reason or the other. But the one constant which always makes her name navigate into the headlines is her boyfriend, Rocky Jaiswal. (Also Checkout: Hina Khan Of 'Yeh Rishta Kya Kehlata Hai' Opens Up About Her Wedding Plans With Rocky Jaiswal) We all know that Rocky Jaiswal proposed to Hina Khan on national television when he visited the BB 11 house. And since then, the couple has always been under the radar. And something similar happened recently which brought them in the limelight. So, in a live chat that Hina Khan did a while ago, trolls started saying the nastiest things about Rocky, even going to lengths and suggesting that he is not good-looking enough for Hina. And a few even suggested that she could be much more with someone who is better-looking than Rocky. (Don't Miss: TV Actress Hina Khan's Outfits Are A Perfect Pick For A Romantic Honeymoon) 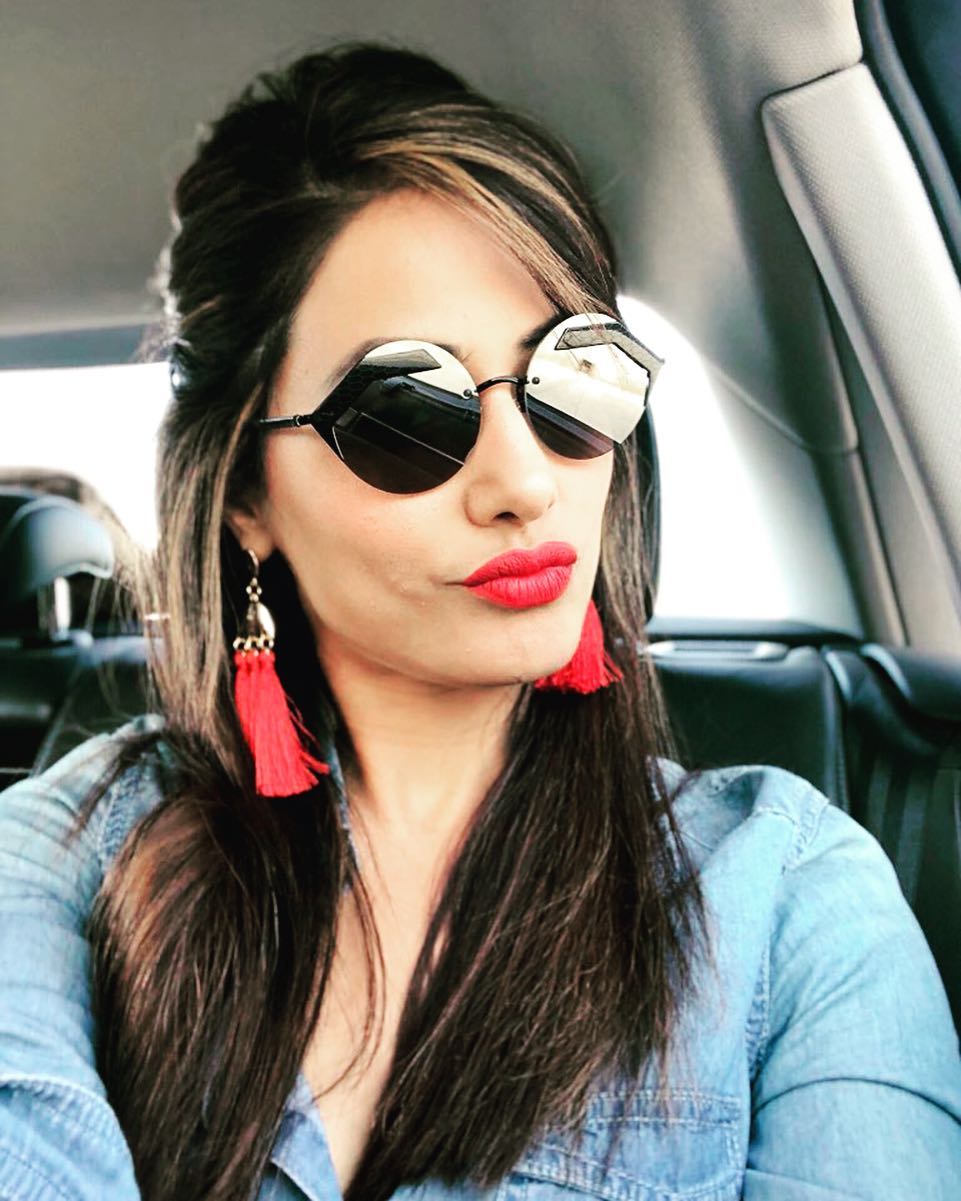 And then came Hina’s befitting reply, a forte she is well known for. She shut down the trolls by saying that looks do not matter when one is in love. She said that if a person is not adorned with great features that doesn’t take away his/her right to be with someone who is beautiful. Her statements could have been misjudged as it seemed that she suggested that she is beautiful and Rocky isn’t. But she clarified that it doesn’t mean that she is beautiful and that everyone should have that kind of thinking.

This is not the first time when Hina Khan has shunned a troll who has said something along the similar lines. Just a couple of weeks back, again in a live chat session, someone said to Hina, “Rocky kutte ko daffa karo and Luv se shaadi karo”. Hina laughed it off and politely said that she had has this discussion with Luv and also revealed that Luv hates such talks. 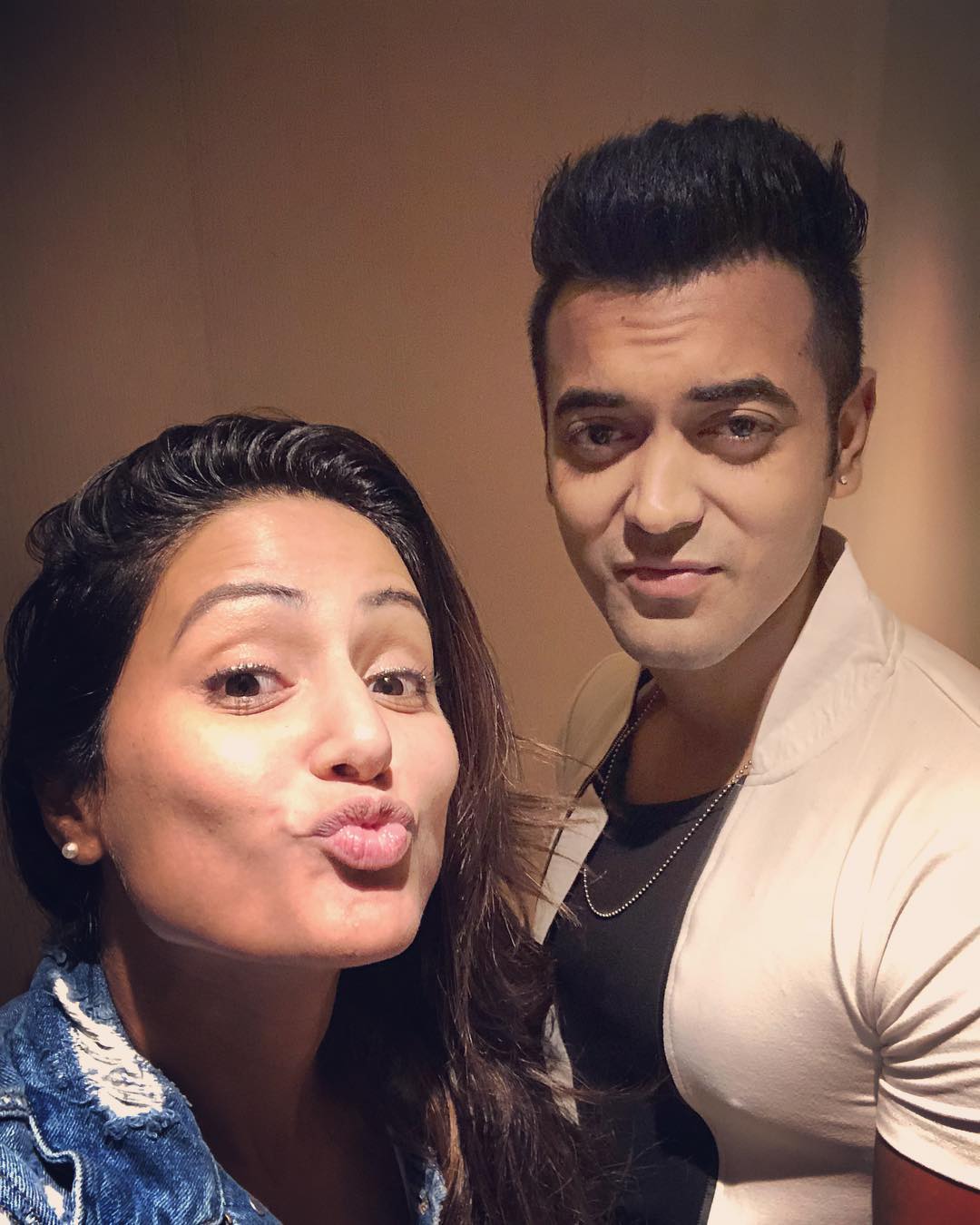 Because, Hina and Rocky have been going steady and strong, everywhere they are asked about their marriage plans. In an interview recently, Hina clarified her marriage plans and was quoted as saying, “No, not at all. If anything happens, it will be marriage which I've already said won't happen any time before 3 years. I don't understand why can't they do without making news that includes me. This is nonsense”. 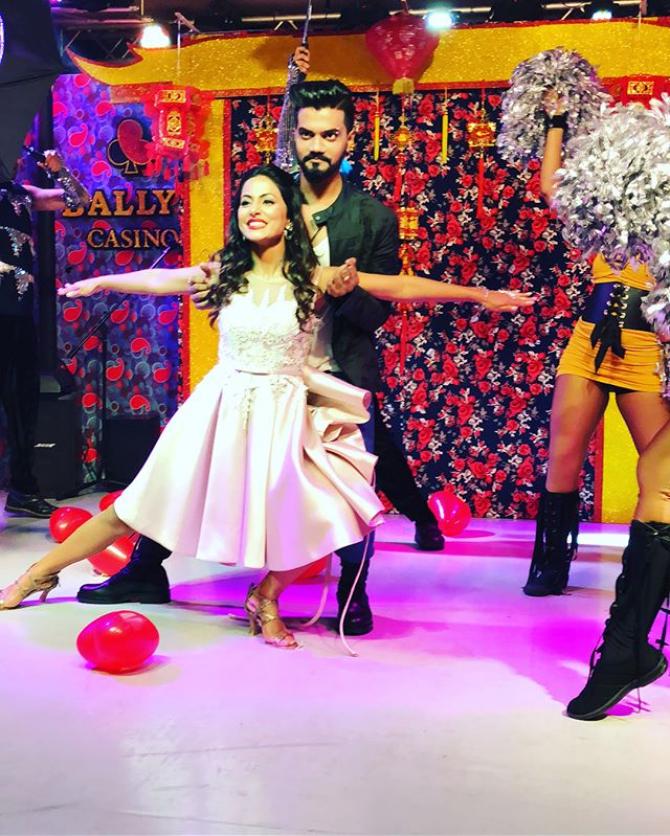 Rocky, on the other hand, recently opened up about how he met Hina and spoke reverently of her. He said, “We met on the sets of Yeh Rishta Kya Kehlata Hai for the first time where I was the supervising producer and she was playing the lead role. That's how we met. As for what attracted me to her was her dedication to her work. I have seen a lot of actors, but she is one of the smartest of the lot”. (Suggested Read: Shaheen Bhatt And Mouni Roy Accidentally Confirm That Ranbir Kapoor And Alia Bhatt Are Dating)

He further added, “It is almost unreal if you find a person who's so honest all the time. She calls a spade a spade every single time. And that's the most important thing I love about her. Besides, she is the prettiest woman in the world”. Well, we are so happy seeing Hina Khan bash the trolls who say anything unethical and nasty about her boyfriend, Rocky Jaiswal. With all their PDAs and support for each other, we can’t wait more for their wedding bells to ring loud soon.

Next Read: Neha Dhupia's 'Hatke' Outfit On Her Mehendi That Is Neither A Lehenga Nor A Gown, Check Full Picture