We might call ourselves modern but we are still not ready to part with our one vice that takes us down, that is, being judgmental. We judge and shame others on the basis of their colour, gender, thoughts, body and what not. The people who suffer the most because of our vices are TV and Bollywood celebs. Since they are public figures, we think that we have the right to shame them as we please!

The partners of these celebs, however, do not agree with such ideologies and will not let any bullet touch their partners. Here are some of the celebrities who stood up for their partners and made us ship harder for them.

Without a doubt, we can say that Karan Kundra and VJ Anusha make an adorable couple. They never fail to blow our minds with their cutesy selfies. The two met on the sets of Roadies and have been together ever since.

On one such picture that the couple shared on a social site, a fan of Kundra called out on Anusha. He called her a 'prostitute' and 'cheap'. Karan couldn't take this fan's nonsense and gave him a befitting reply. In another post, he asserted that he does not want fans with such low thinking. He really is a perfect boyfriend!

Suyyash and Kishwer are a picture perfect couple. They let everybody become a part of their wedding and it sure was fun. Just three days before their wedding, a hater posted a nasty comment on Kishwer's photo. Shaming the age difference between Kishwer and Suyyash, the hater wrote:

Suyyash did not waste any time and replied in a perfect way. He even highlighted the fact how teenagers should be guided properly by their parents so that they do not hurt anyone else's feelings (read more).

When it comes to professing love, nobody can beat Prince Narula. He and Yuvika were both the inmates at the Bigg Boss house and since then, he has been wooing Yuvika. On one of the pictures that Yuvika shared on her Instagram handle, one troll wrote:

Prince was not ready to keep up with this nonsense so he slammed the hater with a perfect reply. He called out on him for being inappropriate. The best part was that he stood up not just for Yuvika but for all the girls.

Must Read: Yuvika Chaudhary Reveals Her Feelings For Prince Narula For The First Time Ever

Divyanka Tripathi and Vivek Dahiya had a big fat Indian wedding in July 2016. The caricature mehendi, the gorgeous attires, the huge guest list and the elaborate buffet; their wedding celebrations will be remembered for a long time. While the two were enjoying their marital bliss, a hater took a dig on Vivek Dahiya and called him a gold digger.

"You are so pathetic. Everyone knows you never loved Divyanka. Just for fame and money that the main reason you married Divyanka. I feel really bad for her. Her choice was so wrong. She loves you so much. You never loved her."

Since Divyanaka was in no mood to accept all the negativity, she took it on her to put the shamer in his place. She replied:

"Just shut up you loser...do not take my side when you don’t even know us enough! You attention seekers have no other job! It’s a couple’s decision and the world is definitely not a part of it. Especially you bashing idiots don’t ever take my name again. Like us...be here! Don’t like us...Don’t bother to even peep into our post."

Must Read: Vivek Dahiya's Emotional Letter To Divyanka Tripathi Will Bring Tears To Your Eyes

After getting out of an abusive marriage with Rahul Mahajan, Dimpy married a Dubai-based businessman, Rohit Roy. On June 20, 2016, the couple welcomed their baby girl, Reanna. While everyone was ecstatic on the new arrival in the family, there were a few who couldn't keep their mouths shut. There was one hater who quickly pointed out that the couple welcomed their baby within seven months of their marriage. He even called Dimpy a gold digger.

The new dad was in no mood to take this nonsense and he took no time to shut the shamer. In an elaborate post, he put the troll in his place by throwing light on his filthy thinking. Rohit did not take a second to point out the disastrous English that the hater had used.

Recently, during a live Instagram session that Hina did, one troll asked her to leave Rocky and get married to Luv Tyagi. In fact, the troll made an obnoxious statement, “Rocky kutte ko daffa karo and Luv se shaadi karo”. Hina Khan did what was best for the troll. Instead of slamming him, she laughed it off, ignored it, and simply said that Luv hate such talks. Check out the video here:

Well done Hina! As it does no good to entertain trolls on social media.

Don't Miss: 11 Popular TV Celebrities Who Were Married Before They Became Famous

Once, the organisers of a UK-based fashion show accused Bipasha Basu Singh Grover, of unprofessional behaviour and because of which she couldn’t walk the ramp. They even took to social media, and without directly her name started a spree of accusations.

Nobody is entitled to shame someone else. These celebrities are public figures and not public properties. We are sure that these celebs have taught a good lesson to all those haters who tried to add a little bit of hell in their heaven. Kudos to them!

'Kkusum' Fame Nausheen Ali Sardar Is In Relationship With A US Based Businessman, Details Inside 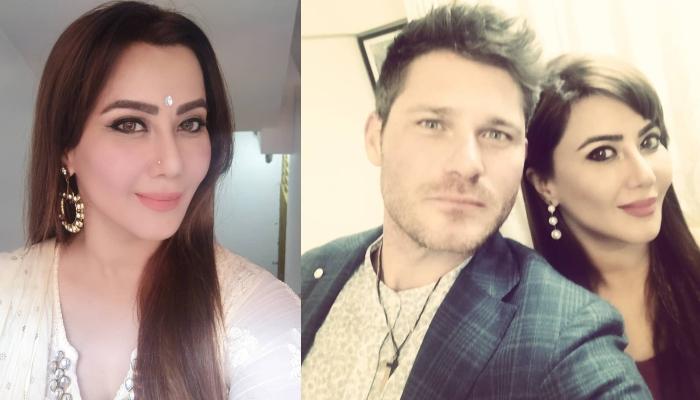 Remember the sweet, innocent Kusum from the famous TV show, Kkusum, who became an instant favourite of every household? She made everyone smile with her brightest laugh and made every heart weak with her innocent sobs. Well, Nausheen Ali Sardar seems to be in a happy space as she is back