Amitabh Bachchan and Abhishek Bachchan are still admitted in the hospital and the merciless trolls decided to make fun of them for their situation. Junior B savagely hits back at them. Technology is for the wise ones because otherwise it is misused. Living in the era of technology, where social media has turned out to be one powerful medium to raise your voice, there are some, who are using it only to spit venom. Social media has become a ground to spit out your evil thoughts and harass someone, sitting behind your digital screens. While on one hand, the nation is opening up to mental health, on the other hand, the trolls are there to destroy your peace of mind. Abhishek Bachchan is one celeb, who often becomes a target of trolls, no matter what! (Also Read: Mahhi Vij Shares A Lovely Picture With Her 'Chota Packet', Tara, Credits Her For Making Life Better)

It was on July 11, 2020, when Amitabh Bachchan had informed that he was tested positive with the novel Coronavirus and was admitted to Nanavati Hospital, Mumbai. Later, Abhishek Bachchan too was found infected with the virus and he had also informed about having mild symptoms. Aishwarya Rai Bachchan and Aaradhya Bachchan had also tested positive in the second round and after quarantining at home for a few days, the two were also admitted to the Nanavati Hospital. Now, Aishwarya and Aaradhya have been discharged from the hospital, but Big B and Junior B are still admitted in the hospital and the merciless trolls decided to make fun of them.

Big B and Abhishek are quite active on their respective social media handles and have been constantly sharing health updates with their fans. Recently, a few trolls decided to mess with junior B regarding his current situation and like always, he knew how to give it back to them. A Twitter user asked Abhishek, “Your father admitted in hospital... Ab kiske bharose baith ke khaoge?” He immediately came up with a savage reply as he wrote, “Filhaal toh let ke kha rahe hain dono ek sath hospital mein” in Hindi. Soon, the user replied saying, “Get well soon sir... Har kisi ki kismat me let ke khana kaha...” Abhishek also replied to this tweet and wished for her healthy life. Abhishek wrote, “I pray that you are never in a situation like ours and that you remain safe and healthy. Thank you for your wishes, ma’am.” Check out his tweet here:

Not only Abhishek, Amitabh Bachchan was also trolled owing to his health condition. On July 27, 2020, Amitabh Bachchan had penned a long note on his official blog on Tumblr and in one section, he had hit back to the trolls, who had wished death for him. In his long note, Big B had written, "They write to tell me ..“I hope you die with this Covid”. Hey Mr Anonymous, you do not even write your Father’s name because you do not know who Fathered you. There are only two things that can happen... either I shall die or either I shall live... if I die you wont get to write your diatribe anymore, by weathering your remark on a celebrity name... pity... for, the reason of your writing to be noticed was, because you took a swipe at Amitabh Bachchan... that shall no longer exist!!" (Don't Miss: Ankita Lokhande Reveals Rhea Chakraborty 'Harassed' Late Actor, Sushant Singh Rajput) 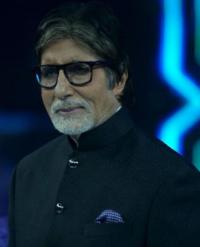 He had also talked about the power and the force that his 90+ million followers hold, and had continued, "If by God’s grace I live and survive you shall have to be ‘weathering’ the ‘swipe’ storm, not just from me, but on a very conservative level, from 90+ million followers... I have yet to tell them to... but if I survive I shall... and let me tell you they are a force incensed... they traverse the entire World... from the West to the East from the North to the South... and they are not just the Ef of this page... that extended family shall in the flash of an eye become ‘extermination family’!!! All I shall say to them is... May you burn in your own stew!!" (Recommended Read: Riteish Deshmukh Introduces Son Rahyl To Music Composers, Vishal And Shekhar, Shares His Composition)

We wish for a speedy recovery of the Bachchan family and also for these sick minded trolls!