Riteish Deshmukh shares a glimpse of his son, Rahyl Deshmukh’s quarantine music composition and we can’t stop drooling over his cuteness. Take a look! 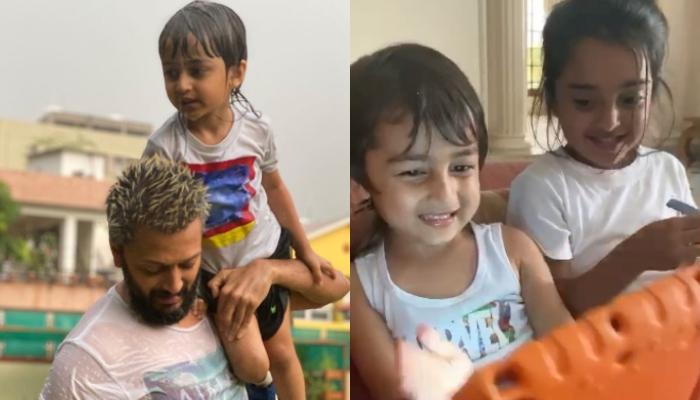 This lockdown has been a blessing in disguise as we got to polish our hidden talents. While some showed their culinary skills, some awakened the hidden Picasso in them, but most importantly, the lockdown has made us realise the importance of spending time with our loved ones. Celebrities like, Sonam Kapoor, Karisma Kapoor and Malaika Arora shared glimpses of their baking skills, on the other hand, Shilpa Shetty Kundra, Sara Ali Khan, Katrina Kaif, Jacqueline Fernandez inspired us with their quarantine workout sessions. Now, it seems like, we have got one more inspiration in the form of Riteish Deshmukh’s son, Rahyl Deshmukh. (Also Read: Kareena Kapoor Khan And Taimur Ali Khan Give Out Fashion Goals In Their Latest Outing)

Riteish Deshmukh and Genelia Deshmukh are one of the most sought-after couple of the glamour world. After dating each other for 9 years, the much-in-love couple had tied the knot on February 3, 2012. They had embraced parenthood with the arrival of their firstborn, Riaan Deshmukh in November 25, 2014. In 2016, Riteish and Genelia completed their family and Riaan was promoted to big brother with the arrival of Rahyl Deshmukh. Riteish and Genelia are riding high on parenthood making sure to keep their little ones away from paparazzi. 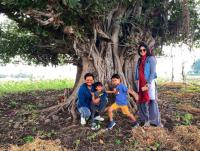 On July 29, 2020, Riteish Deshmukh took to his Instagram handle and shared an adorable video of Rahyl composing a song. When Riteish asked Rahyl what he was doing, the cutie pie answered him that he was making a long song. Rahyl was seen happy and exited as he recorded the jibber-jabbering lyrics of his song and showed the recorded version to Riteish. Rahyl also told his baba that the song will be featured in a film directed by his cousin, Diviyaana sitting next to him. Introducing the kids to music composer, Vishal Dadlani and Shekhar Ravijani, Riteish wrote, “Dear @vishaldadlani & @shekharravjiani -Do you see any future here? Quarantine Music Composition is in full swing. Musical Maestros Rahyl & Diviyaana.”

On June 1, 2020, Riteish Deshmukh and Genelia Deshmukh’s baby boy, Rahyl Deshmukh had turned 4 and to mark the special day, the doting mommy had posted some lovely pictures of him. Pouring her heart out on her ‘sonshine’ teaching her how ‘big’ love is, Genelia had wished Rahyl on his fourth birthday, “RAHYL... Just when I thought I know what love is, someone so little and so precious came along to remind me how BIG Love is. Rahyl I want you to always know, you were wished for, longed for, prayed for and will always always be loved because you are my most favourite thing of everyday. Happy Birthday Baby Boy. Spider-Man just lost his amazingggggg tag to you #thebestboyintheworld #mysonshine.” (Also Read: Sanjay Dutt's Nine-Year-Old Daughter, Iqra Bakes A Yummy Cake For Her Daddy's Birthday) 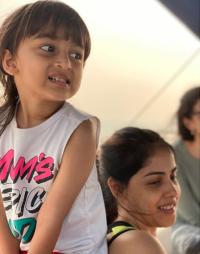 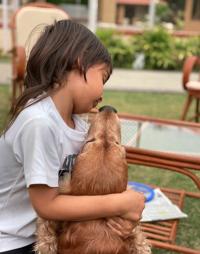 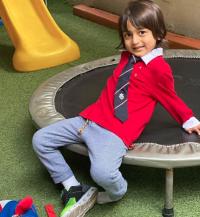 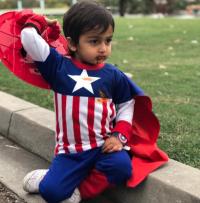 Riteish Deshmukh, in a 2016 interview with the HT, had spoken about the bond that his two boys, Riaan Deshmukh and Rahyl Deshmukh share. Riteish had remarked, “Riaan absolutely dotes on him. It is good to see that kind of bonding. Sometimes, when I look at them, it makes me wonder if I was like that as a kid?” To mark Children’s Day 2018, Genelia had penned how her little ones had made her life worth. Posting a family picture, Genelia had written, “Dearest Riaan and Rahyl... Happy Children’s day ... My Life is you 2 and I’m glad I keep it so simple because I Love every single minute that we spend together and I promise you that no matter who you meet in Life I Will still be that person who loves you the most.. I know that’s what all mum’s say, I’m just glad I got blessed to say it to you.. Thank You for making my Life worth it #childrenarethebest #heartandsoul #allmine.” (Also Read: Hardik Pandya Shares A Mushy Picture With His Pregnant Wife, Natasa Stankovic From Their Car Ride) 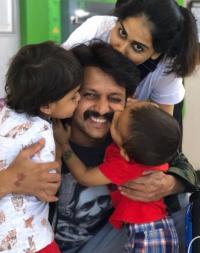 Do you see a music composer in the making in Rahyl? Let us know.

One of the cutest couples of the glamour world, Riteish Deshmukh and Genelia Deshmukh had embraced parenthood for the first time in 2014, with the arrival of their son, Riaan Deshmukh. And in 2016, their family was completed with the birth of their younger son, Rahyl Deshmukh. (Recommended Read: Sania Mirza