The singers of Bollywood who infuse romance on-screen with their mellifluous voices, are equally romantic when it comes to their personal lives. Have you ever wondered, after whom did Sonu Nigam go deewana or in whose jaadu and nasha Shreya Ghosal got lost? Who is muskurane ki wajah of Arijit Singh? Here are the answers to all these questions. These are the significant others of five most popular playback singers of Bollywood.

Also Checkout: 20 Popular Bollywood Comedians And Their Lesser Known Life Partners Who Are Their Inspiration Shreya Ghosal who got her Bollywood entry from a reality show, stunned everyone with her sudden marriage. On February 5, 2015, the Bairi Piya singer got married to Shiladitya Mukhopadhyaya. He had been her long-time boyfriend, yet their wedding came as a surprise to many, as Shreya always kept her personal life under wraps. Shiladitya is an entrepreneur by profession and is the founder  CTO of Rasilant Technologies. The wedding was a low-key affair and only a selected few were invited. Following the traditional Bengali wedding rituals, the marital rites were performed. Shreya looked resplendent in a red Banarasi saree and a lot of gold trinkets. Shiladitya was seen in a cream dhoti-kurta. She broke the news of her wedding on February 6 by sharing the above-shown picture on her Facebook account and captioned it thus:

“Married the love of my life yesterday night, in the presence of our families and closest friends. Shiladitya and I both seek your good wishes in this exciting new phase of our lives!” They had been dating for a long time and their relationship blossomed based on their common interests. Both are big-time foodies. They also share the same passion for travel and love to be globetrotters. The king of rap, Honey Singh, who sizzles the screen with his cool attitude and being surrounded with pretty damsels, is a dedicated husband in real life. Many of his fans aren’t aware of the fact that the singer was hitched long before being featured in such grand musical projects in Bollywood. In one of the episodes of India's Raw Star, Honey introduced his sweetheart wife to the world. He proved how romantic he is when it comes to his better half, Shalini. 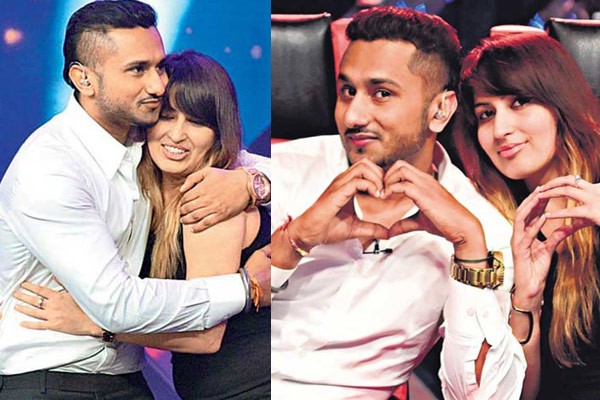 There were reports, which claimed that the rapper was extremely tensed prior to the release of the song Desi Kalakaar. In fact, he became very emotional on the sets and his beloved wife came to his rescue and like an ideal emotional anchor, she calmed him down. The result as all of us know was another smashing hit by Singh. Once the artist confessed:

“She is my friend and I will always listen to her no matter what because today I have realised that she is very important and always right about everything.” The world might know him for his love songs which express feelings with every word, but in real life, Arijit Singh is a shy and unassuming man. He has proved his mettle in the industry, made his mark as a singing superstar and has secured a place on the Forbes’ list for one of the highest paid singers. However, he remains to be a simple person at heart. 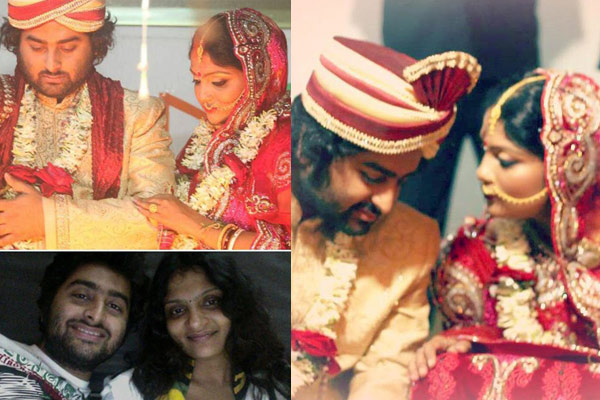 The media was rife with the news that many years before he became famous, Arijit was married to a girl who was his co-contestant in a reality show. But, that marriage did not last long. Many years after this unpleasant chapter, on January 21, 2014, Arijit decided to tie the knot with his childhood sweetheart, Koel Roy. Though, the singer has reached the pinnacle of success in his career, he kept the wedding a very simple affair which took place at the Trapith Temple in West Bengal. Only close family members and a few selected others were invited.

Reports say that apparently, Koel was also married before and has a kid from her first marriage. But, the kid is reportedly very fond of Arijit and they live as a happy family. Sonu Nigam, the chocolate boy of the music industry fell in love with Madhurima, a Bengali woman. After a few years of courtship, they decided to tie the knot on February 15, 2002. He met her in December 1995, six years before their wedding. Recollecting the special day, Sonu said, “I met her at a programme and we have been friends since then. Madhurima is very good at heart and that is why I chose to marry her.” 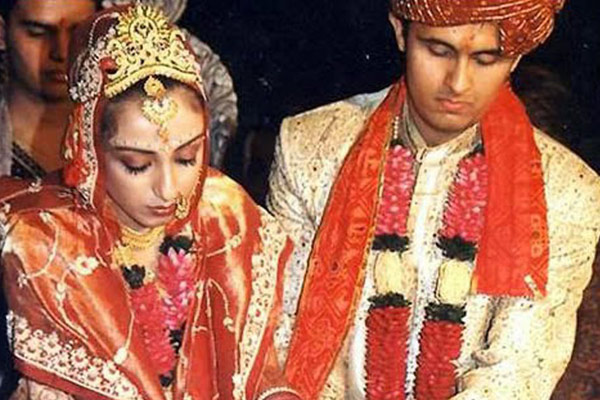 On Valentine’s Day, that is February 14, 2002, they got engaged and the very next day was the marriage which took place at the Nalban Boating Complex, a little farther away from Kolkata. It was a grand event and followed all the traditions. In 2007, the couple was blessed with a baby boy, whom they named Neevan. Picking up the singing genes from his dad, Neevan started singing when he was barely 3. A perfect example of the child prodigy, Sunidhi Chauhan started singing at the age of four. Later, a singing contest called Meri Awaaz Suno put her under the spotlight and she started as a playback singer in Bollywood. Just when her musical career was reaching newer heights, she tied the knot with choreographer Bobby Khan in 2002, after working on the music video for Pehla Nasha, when she was just 18. However, her family never approved of her marriage and broke all ties with her. Things were going good between her and Khan. But just a year after tying the knot, their marriage went kaput and they opted for a divorce.

Sharing her experience of her first marriage, Sunidhi, once said, “I didn't move away, but the situation made us go away. And no, it doesn't pain. I have no memory or feeling about that time and it is as good as not being there in my life. People go through a lot more and I don't consider it anything. I am glad whatever happened made me grow in life.” Later, Chauhan fell in love with music composer Hitesh Sonik whom she was friends with, from the time of Meri Awaz Suno. After a courtship of two years, they got married on April 24, 2012, at a low-profile wedding ceremony.

Love has many languages and music is one of them. These very famous singers of Bollywood have love stories that are as sweet as their melodies. Not just the lyrics of their songs, but their real lives spell out love in the most amazing ways too.