Ever wondered how the voice that stole our hearts away with songs like 'Ab Mujhe Raat Din' and 'Deewana Tera' met his soulmate? Here's the beautiful love story of Sonu Nigam and Madhurima Nigam.

A beautiful love story always touches one's heart. Two people falling in love and facing every obstacle that comes their way without breaking up is an inspiration to look up to. And the versatile singer, Sonu Nigam and his gorgeous wife, Madhurima has one such fairytale love story, which has reinstated our faith in relationships.

Known as the 'Modern Rafi', Sonu Nigam had touched million hearts with his soulful voice. 'The master of melody', who has recorded more than 2000 songs had begun singing at the age of four. He has given us countless songs like Sandese Aate Hai, Suraj Hua Maddham, Do Pal, Kal Ho Naa Ho, Main Agar Kahoon and many more. Just like his promising singing career, his love story with Madhurima is quite fascinating. Sonu Nigam met the love of his life Madhurima, who was 5 years younger than him, on December 24, 1995. After their first meeting at a programme, Sonu and Madhurima would interact with each other frequently and soon fell in love. They both loved music and enjoyed each other's company. Sonu and Madhurima dated for 7 years before tying the knot.

Even though they came from two different backgrounds as Madhurima was a Bengali and Sonu Nigam was a Brahmin, nothing could stop their marriage. In February 2002, on Valentine's Day, Sonu and Madhurima had a lavish engagement ceremony and the next day, i.e., on February 15, 2000, the couple got married. The wedding was beautifully organised and sticking to traditions, the singer arrived on horseback to a lot of fanfare. The mandap was a floating stage, constructed above a lake - a concept that was very innovative back then. 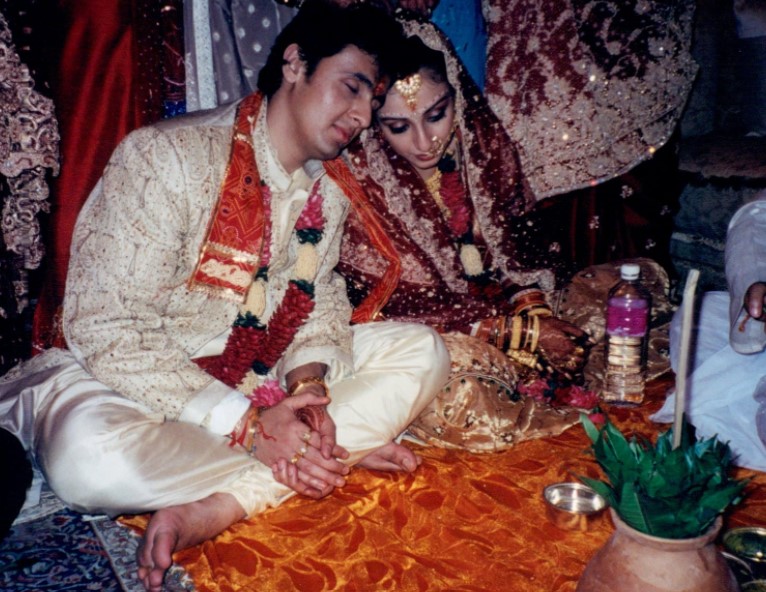 The venue was decked up with gorgeous flowers in shades of red and white. It was interspersed with fluffy pink and green dupattas. Their wedding included purely vegetarian food and was attended by 700 guests, including big names from Bollywood such as Shilpa Shetty, singer Abhijeet, Anup Jalota and more. 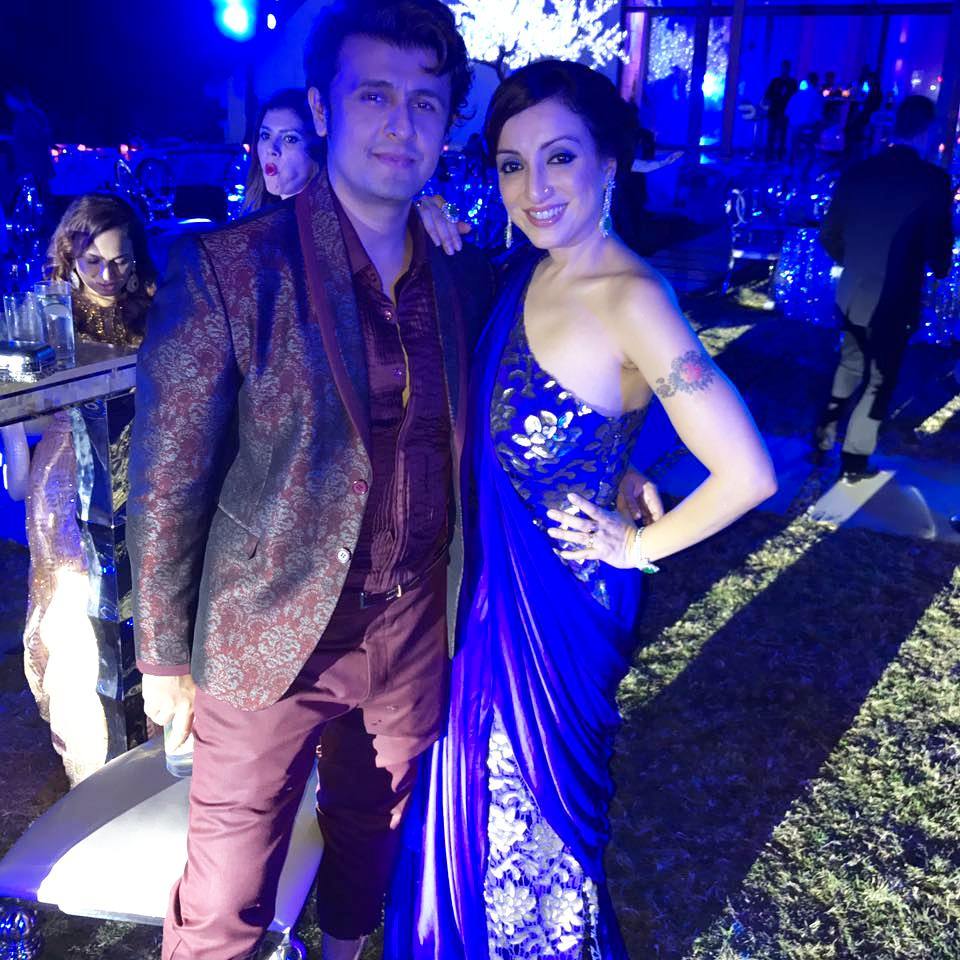 In 2005, Sonu Nigam and his wife, Madhurima had faced some issues in their marital life. There had been rumours about their split and the media had claimed that Sonu was dating two other women. It was speculated that the singer had been dating his fellow singer, Sunidhi Chauhan, and Smita Thackeray, who was the wife of Jaidev Thackeray. However, Sonu had never addressed these rumours and had continued to live happily with his wife under the same roof.

The arrival of their baby boy 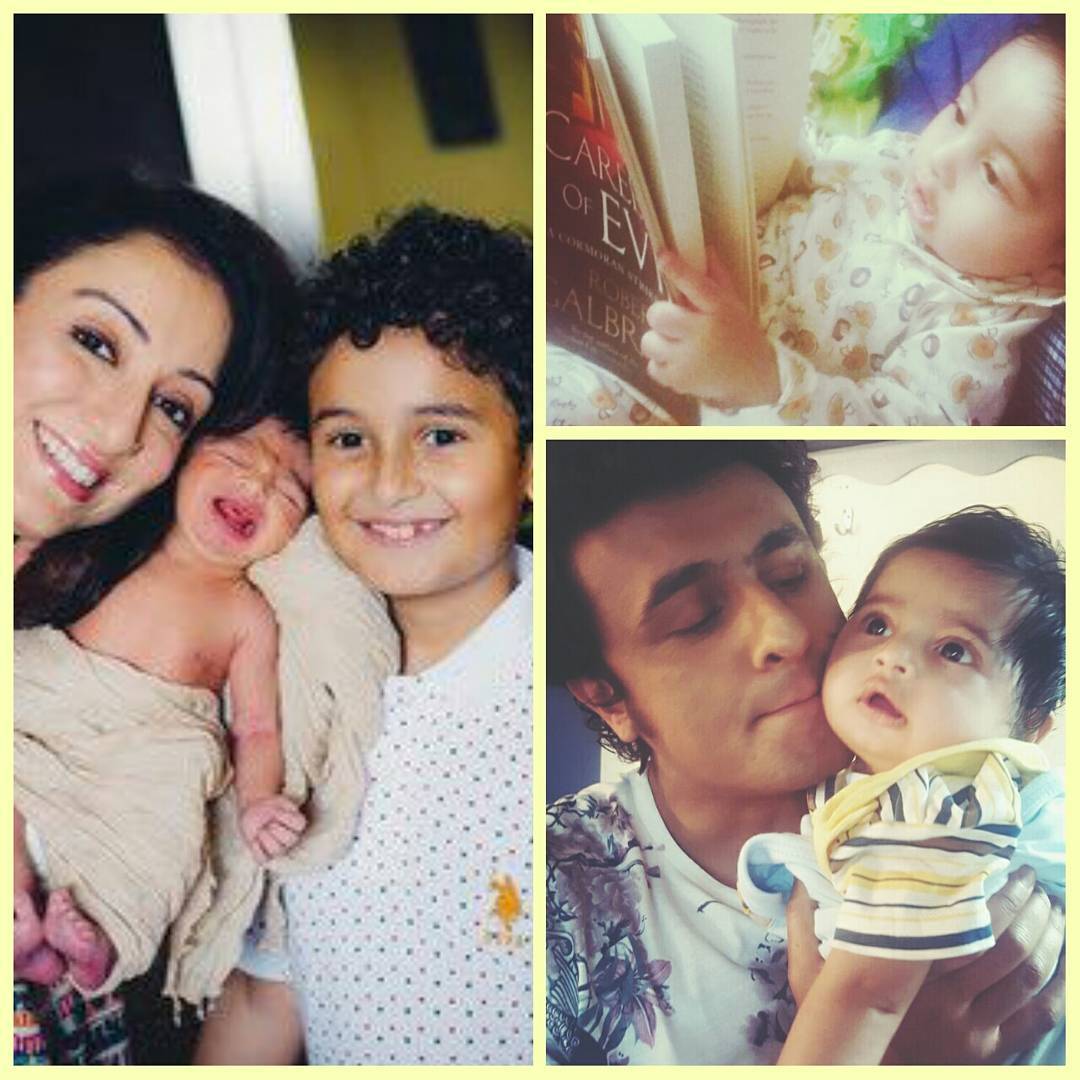 During an interview with Times Now, Sonu Nigam got candid about Nevaan and had revealed whether he wants his son to become a singer like him. Calling Nevaan a 'born singer', Sonu had said:

"Frankly, I don't want him to be a singer, at least not in this country. Anyway, he does not live in India anymore, he lives in Dubai. I have already got him out of India. He is a born singer but he has another interest in life." 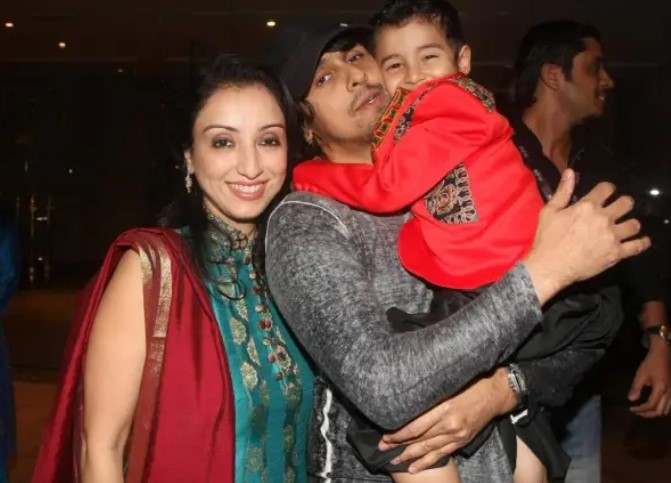 Sonu had also revealed that his son, Nevaan is one of the topmost gamers of the United Arab Emirates (UAE). Talking about the same, the singer had shared:

"He is number 2 in Fortnite. There is a game called Fortnite and he is the top gamers in the Emirates. He is a brilliant child with a lot of qualities and talent. And I don't want to tell him what to do. Let's see what he wants to do himself." 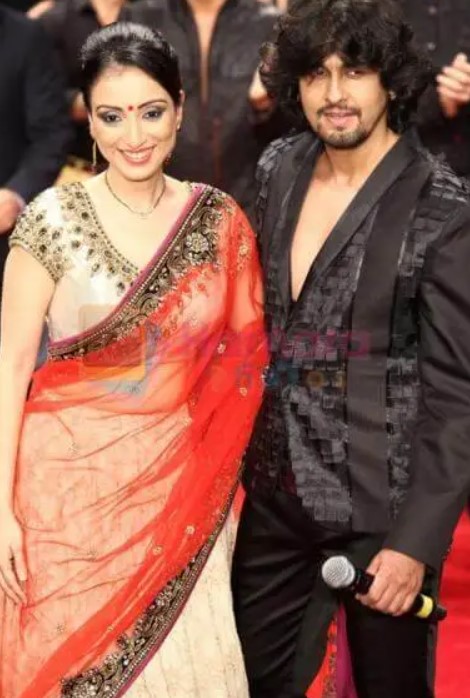 Sonu Nigam's wife, Madhurima had worked as a model for brands like Anmol Jewellers. She had also worked as an RJ and had hosted Big FM's show, Kuch Panne Zindagi Ke. Sonu had once said that Madhurima is an ideal wife for him. He always wanted someone who would take good care of the house and his family while he was away on music trips. He has found that in Madhurima, who is caring, loving and dotes on Nevaan. 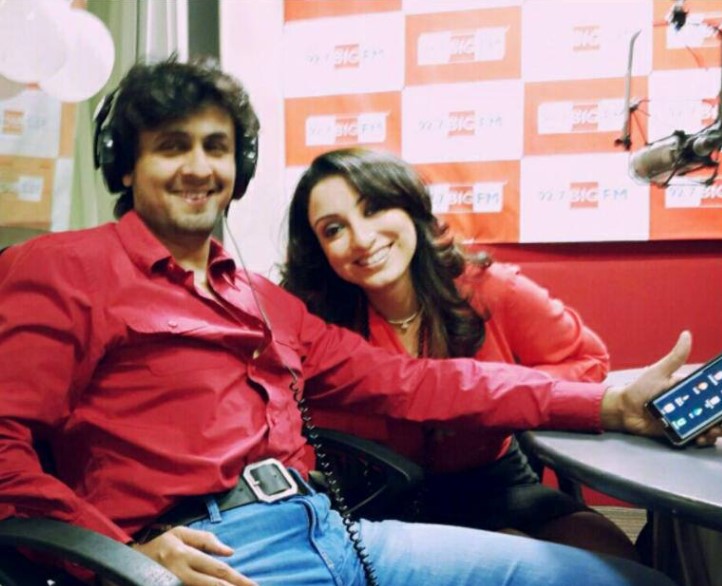 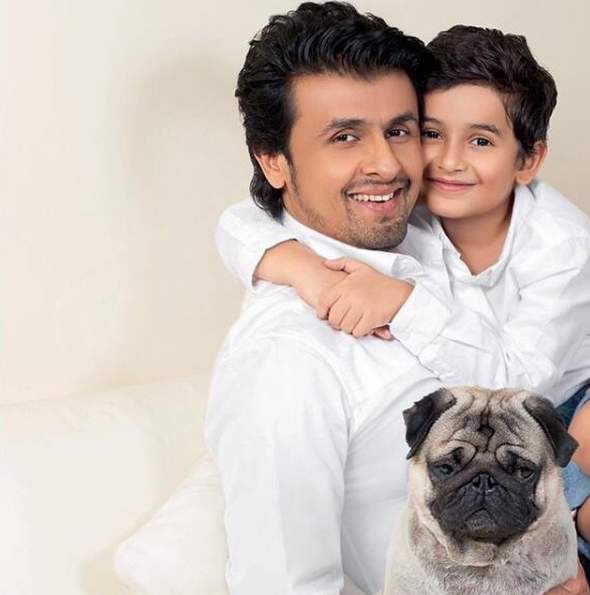 Madhurima on the other hand, says that her husband is her inspiration. His career, his success and his will to push himself inspires her to do more with her own life. This led her to launch her own couture brand for men, by the name Madhurima Nigam. She has even personally designed outfits for Sonu for his concerts, TV shows and other events. Also Read: The Great Khali's Love Story With His Wife, Harminder Kaur Shows Rare Side Of This Wrestling Giant

Today, she looks at her husband with a great deal of pride and respect. In conversation with another digital platform, Madhurima had said:

“My husband is an amazing father… an amazing man, and in the last few years I have…. we have… grown-up together… My husband is an extremely creative man, he thinks on a level that is deep and from within, and therefore he is so great at what he does, his achievements, including being a wonderful father to Nevaan.” 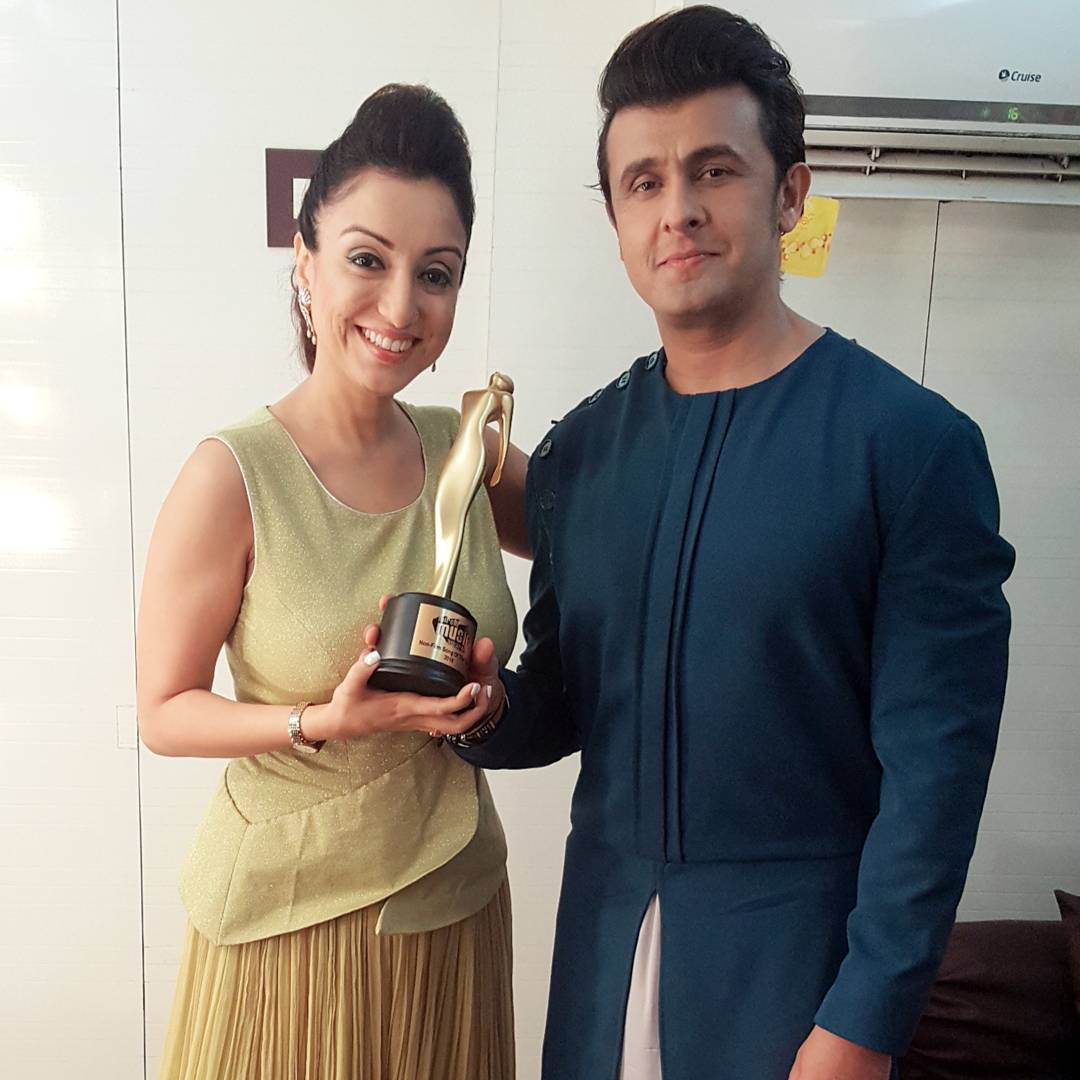 Sonu Nigam is one of the richest singers. Apart from singing, he is also a producer, songwriter and actor. According to various reports, Sonu charges Rs. 10 lakhs per song and earns a monthly income of Rs. 2 crores. His major earnings come from albums, live concerts and film songs. As per the report of Republicworld.com, Sonu's total net worth is 50 million dollars which is approximately, Rs. 369 crores.

Sonu and Madhurima have created a picture-perfect family for themselves from their independent careers, and it is something that can only come out of true love. Their story is also an example of how inter-caste marriages can work out and last forever. We hope the couple achieves a lot more success and happiness in their lives.