She is super-talented, she is smart, she is beautiful and above all, she is one of the down-to-earth singers our Indian film fraternity boasts of. Having started her career a long back, she has bagged four National Film Awards, six Filmfare Awards including five for Best Female Playback Singer and nine Filmfare Awards South. Today, she is counted amongst one of the leading playback singers of Indian cinema. 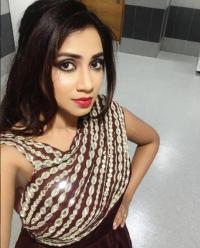 Yes, it’s one and only Shreya Ghoshal! Many of you might know her professional achievements, but what’s not-so-known is her love life. There is only one guy, who has been with her even way before she became 'the Shreya Ghoshal' and he is her childhood sweetheart, Shiladitya Mukhopadhyaya. 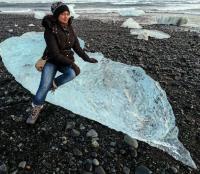 Excited to know more about how things started brewing between them and how they became ‘Mr. &Mrs.’? Scroll and read their aww-dorable love chronicle!

The guy who stole her heart 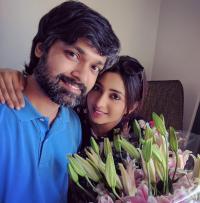 Born to a well-to-do Bengali family with a rich heritage, Shiladitya Mukhopadhyaya is an electronics engineer by profession. Both Shreya and Shiladitya had done their schooling together and both of them knew each other from their school days. Shiladitya did his engineering from the University of Mumbai and has a company named Rasilant Tech.

You May Also Like: 10 Things You Must Be Aware Of Before Dating A Mama’s Girl 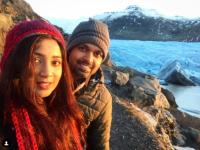 The lovebirds started seeing each other during their school days when they were studying together. Nothing could drift these lovebirds apart despite the fact that they had to live away from each other for making a mark in their respective careers. 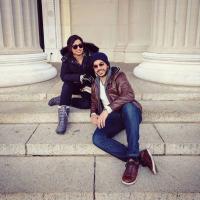 Our beautiful singer Shreya used to be occupied with a jam-packed schedule inclusive of travels, practice, meetings, recording tours, concerts, and whatnot. On the other hand, was a guy who was then “married to his work” and was a complete professional in all senses. 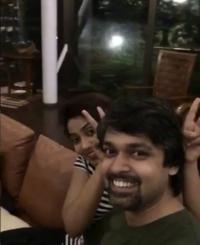 Despite all of this the couple made sure that no matter what they will stay together forever and distance cannot come in between. They successfully managed to keep their romance and love alive regardless of their hectic and flourishing careers.

Do Check Out: The Complete Wedding Album Of Rucha Gujarathi Is Here And It Is Stunning In an interview earlier, Shreya spilled some beans on her love life. Here’s what she stated then:

"I have never dated a singer or a music director. People that I have dated have been from the world of technology or entrepreneurs. I want to experience the other world through the other person." 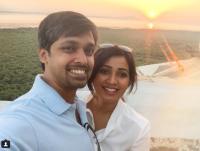 Shreya and Shiladitya walked down the aisle in the year 2015. Though the couple’s close friends and their families knew about the singer’s D-day, it was a pleasant surprise for all her fans. 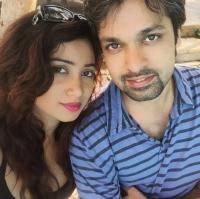 Their wedding was a hush-hush affair with just the presence of a few close pals and their family members. The singer took to Twitter to announce her wedding and how happy she is. Here’s the picture of herself and Shiladitya that she shared on her official account. 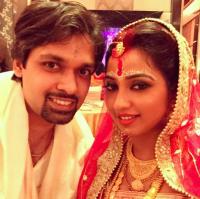 She captioned the picture as:

“Married the love of my life yesterday night (5th Feb) in a beautiful Bengali traditional wedding in presence of our families and closest friends. Shiladitya and I both seek your good wishes in this exciting new phase of our lives!”

Their wedding was every bit of a traditional Bengali wedding. The couple complemented each other so well, and both of them dazzled in their respective wedding attires. Shreya wore a lovely red saree teamed up with gold jewellery and Shiladitya donned a white dhoti.

Do check out their enitre wedding story, click here!

Though it was a close knit affair, their wedding was graced by Shreya’s closest friends from the indutrsy, Shantanu Moitra and Jeet Ganguly (Indian music directors). In fact, Shantanu Moitra was even quoted as saying:

“I have known him for the last eight years. Shreya and him have been friends from school past 10 years and the great part is that he knows her before she became the Shreya Ghoshal. He would often come after office to my studio if we were recording Shreya's songs and our adda session and khana would happen. I love his unconditional love for her.”

“He knows her as a friend and that friendship is unconditional. He is a techie, an entrepreneur, loves music, is a wonderful person and is her biggest admirer and one of the most solid supports of her in her life in whatever she does. He is besotted by her singing. I am so happy that she has married somebody she loves so much and the fact that she is married with everyone's blessings. Just as she has touched millions of hearts with her singing, she now starts a journey, where she will touch his heart with her love for him.”

Love is still in the air 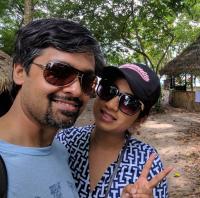 The spark between the two is still alive and we wish that it will always be for these two lovelies. In fact, Shreya keeps sharing lovey-dovey pictures of both of them. On Shiladitya’s birthday, Shreya posted this picture along with a lovely caption: 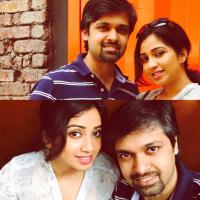 Do Read: From Best Friends To Real Life Couple For 7 Years, Raj Singh Arora And Pooja Gor Are Madly In Love

Not just this, on their first wedding anniversary, she took to Instagram to wish the love of his life. Here’s the picture that she posted on her Insta account: 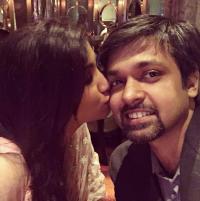 “Happy first anniversary to us.. Love you till eternity @shiladitya Blessed to have you in my life. Thank you dear friends and fans for your wonderful wishes.. #happyanniversaryshreyaditya”

Moreover, the couple keeps going for vacations, to spend some quality time together. There is one picture that Shreya posted on Instagram: 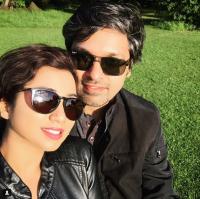 “Enjoying the English Summers in the countryside with my Mr. Darcy:) #bae #uksummers #prideandprejudice #wouldyoulikeacupoftea”

Well, the love between the two is quite evident from the social media PDA, and we just adore them even more now, no? Team BollywoodShaadis wishes this lovely couple, Shreya Ghoshal and Shiladitya Mukhopadhyaya a blissful life filled with lots and lots of love and happiness!