Daughters know how to melt their fathers' heart and how to rebel with them! And Sonakshi Sinha is a perfect proof of it. Check out why she had once threatened her father, Shatrughan Sinha! 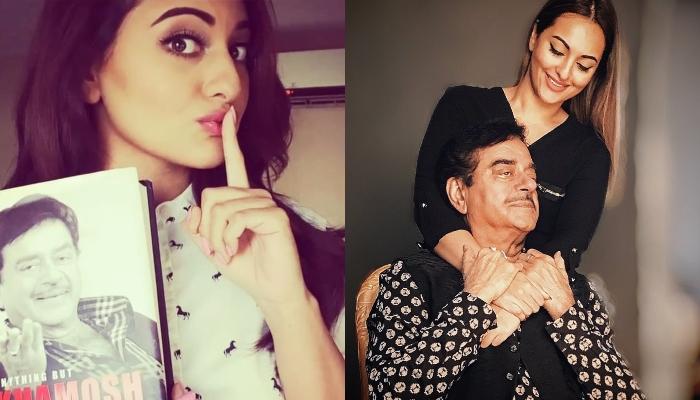 It is a privilege to raise a daughter and not a burden! Strong fathers raise the strongest girls, who break away from societal notions. Believe it or not, but only a daughter can melt her father's heart and she is the one, who knows how to rebel him. For a daughter, her father is always the king. And that's the exact relationship shared between Bollywood's veteran actor, Shatrughan Sinha and his daughter, Sonakshi Sinha. It is said that only a daughter has the power to calm her father and well, that's true in the case of the celebrity father-daughter duo. (Recommend Read: Gauri Pradhan Wishes Happy 45th Birthday To Hubby, Hiten Tejwani, Twins In White In A Cosy Picture)

While Shatrughan helped her daughter, Sonakshi to follow her dreams, the gorgeous actress helped him to become softer. We remember, Sonakshi often praises her father for being the strongest pillar of her life. Last year, during the promotions of her film, Kalank, Sonakshi was invited on the show, Super Dancer, wherein, she had shared an interesting story. She had revealed that everybody calls her Shatrughan Sinha’s daughter. However, one day her daddy returned home after a flight and he was very surprised. She had asked him what happened. He then disclosed that on the flight, one air-hostess came and asked him are you Sonakshi Sinha’s father? 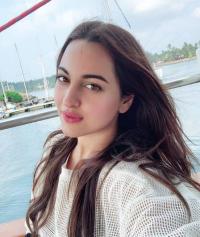 Recently, Sonakshi was invited on Kareena Kapoor Khan's show, What Women Want, she narrated how she used to feel weird being followed by bodyguards and security. During the show, she recalled an incident from her childhood and shared, "I would feel very weird that everywhere I went, someone would always come with me. When my father became a minister, I was in the 6th or 7th standard. Suddenly, heavy security and gunmen started travelling with us. I went to school and a jeep filled with security guards carrying guns followed me. The entire school was like, ‘What is happening?' I felt so terrible; I went and told my mother that I would not go to school until all this stops. I think that was my first taste of real independence, to make all this stop happening." 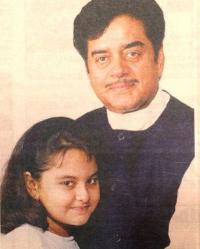 In an interview with the Filmfare, Sonakshi had shared that her parents' had prayed for a daughter and that's the reason why they pamper her so much. She had said, "I told you I was always the pampered one. My mother (Poonam Sinha) tells me they prayed for a girl because they had two boys already. And when I was born, I got all the attention by default."  (Also Read: Janhvi Kapoor Reacts On Constant Comparisons With Sridevi, Reveals If She'll Do Mom's Film's Remake) 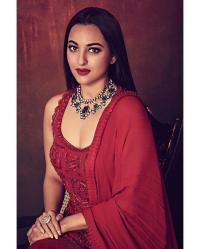 She had further shared that the reason why she was seen in most of the filmy events while growing up and it was because of the reason that her brothers were in boarding school. The actress had said, "My brothers were in boarding school, so I used to accompany him everywhere, even to the Filmfare Awards. I wanted to go the same school that my brothers studied in but I wasn’t sent there. When I finished school, I wanted to go to abroad for further studies but my parents were like ‘how can you leave us, you’re our only daughter’. Anyway, I had a great time growing up in Mumbai so I have no complaints." 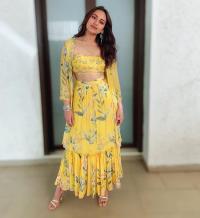 In the same interview, Sonakshi had shared that her father loves all her films and said, "He thought I looked good beating up the bad guys. He was glad that I was able to carry off those kicks and stunts with conviction. He said, “Your eyes look exactly like mine!” Perhaps that’s why he was most happy. Akira did a lot of good things for me. It had a good opening being a solo lead film, even better than films with two lead actors in it. Murugadoss sir has never worked with a female protagonist before so that was a high for me. It also sent out a message to producers that this girl can carry a film on her shoulders." (Don't Miss: Saba And Somi Khan's Sister's Nikaah Brings Manu Punjabi, Deepak Thakur, And Roshmi Banik Together)

Well, Sonakshi definitely know how to melt the toughest man, Shatrughan Sinha's heart! What do you think?