National Film Awardee, Shweta Basu Prasad started her career as a child artist has now grown up to be an effervescent young woman. And amongst many celeb wedding news in the B-town, Makdee fame actress gave her fans a pleasant surprise when she confessed that she is dating Rohit Mittal, a budding filmmaker. (Also Read: 'Chandra Nandini' Fame Shweta Basu Is Dating A Famous Filmmaker And They Look Cute Together)

After evading questions about her personal life and relationship, Shweta finally admitted to her relationship with Rohit and was quoted as saying, "Okay. Yes, we are dating and it’s been almost two years. We are in a happy space and enjoying our relationship. We haven’t thought about marriage but yes it’s going smooth. I met Rohit at Phantom Films and that’s how it all started." 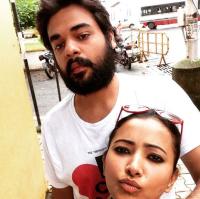 After dating for 2 years, Badrinath Ki Dulhania actress, Shweta and filmmaker, Rohit are now engaged. Yes, you read that right! As per a TOI report, a source stated, “The two have been together for four years now and got engaged last year. Both belong to the film fraternity and have collaborated on short films. Not many know that filmmaker Anurag Kashyap was instrumental in getting the two together as both Shweta and Rohit are close to him.” (Also Read: Janhvi Kapoor Reveals Her Mom Sridevi's Reaction After Watching 25 Min Of Her Debut Film, 'Dhadak') 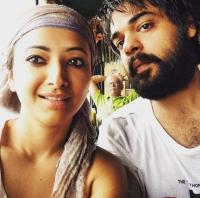 Chandra Nandini fame, Shweta Basu Prasad too confirmed the news, and revealed, “Yes, it is true. Rohit and I are engaged but both of us are extremely private about our personal lives so we don’t talk about it.” As per the sources, it was Shweta who proposed the love of her life Rohit for marriage. She wanted to take her relationship to the next level and it didn’t matter who takes the first move. (Also Read: Ranbir Kapoor's Former Girlfriend, Deepika Padukone Already Knew That He Is Dating Alia Bhatt)

The source also shared, “Though the feeling was mutual, it was Shweta who proposed to Rohit in Goa first. He then proposed to her in Pune (his hometown). While marriage is on the cards, the couple is not in a hurry to walk down the aisle.” Shweta and Rohit share a common interest in travelling and cinema and their love for exploring the world is quite evident on their social media accounts. Their social media PDA is giving major couple goals and it speaks volumes about their relationship. (Also Read: Ranbir Kapoor And Alia Bhatt Are Now 'Raazi', This Is How The 'Brahmastra' Couple Fell In Love)

On the work front, Shweta is currently seen in Amazon Prime’s first Telugu web series GangStars and speaking of her role in the series, she informed, “In reality, I am not at all like the character I portray here. She’s also bipolar, so it gives the characterisation a different dimension.” With neck-deep in her professional commitments, Shweta recalled when she was approached for the series and said, “I was shooting 25 to 26 days each month and couldn’t think of anything during that time. But Chandra Nandini wound up in November 2017 and I could come and shoot for this web series. We had a ball; the story is a lot of fun and we had fun shooting it too.” (Also Read: Shama Sikander Believes She Doesn't Need To Marry To Have Children, Will Proudly Call It Love Child) 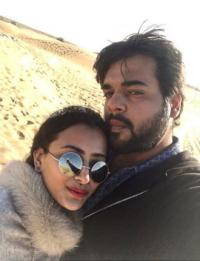 Next Read: Abhishek And Aishwarya's Wish For Amitabh And Jaya On Their 45th Anniversary Is All About Love 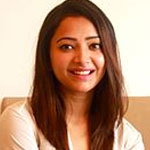