Late actress Sridevi Kapoor and her widower husband Boney Kapoor’s daughter, Janhvi Kapoor is making the headlines not only for her big Bollywood debut, Dhadak but also for her latest photo shoot with Vogue. Sridevi Kapoor’s untimely death shook the nation, and it made everyone even more curious to know about the lives of her young girls, Janhvi and Khushi. (Also Read: Janhvi Kapoor Reveals Her Last Words To Mom Sridevi Before She Left For Dubai Where She Died)

Since, Janhvi Kapoor is making her Bollywood debut with Karan Johar’s Dhadak starring Shahid Kapoor’s brother, Ishaan Khatter, this is the time when she needs her mother, Sridevi’s guidance the most. For Janhvi, her mother meant a lot and Sridevi’s untimely demise has created a void in her life. In her interview with Vogue by Karan Johar, the budding actress, Janhvi shared that Sridevi watched about 25 minutes of her film, Dhadak, and what did she say to her. 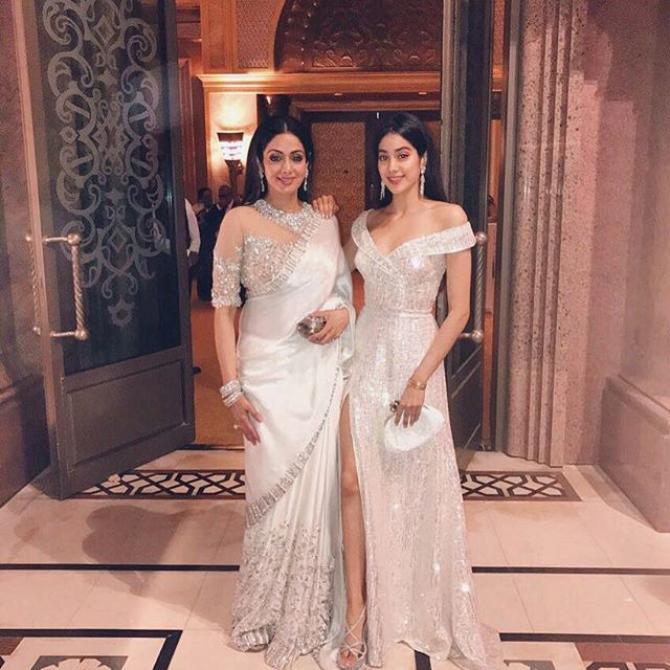 Janhvi Kapoor revealed, "She was very technical about it. The first thing she told me was the things I needed to improve -- she felt the mascara was smudged and it really bothered her. The second half has to be different, she told me... ‘You can’t wear anything on your face.’ That’s all she told me, but she was happy." She also revealed that Sridevi never wanted Janhvi to be an actress. (Also Read: Janhvi Kapoor Wears Mom Sridevi's Saree At The 65th National Film Awards, Looks Like Her Reflection) 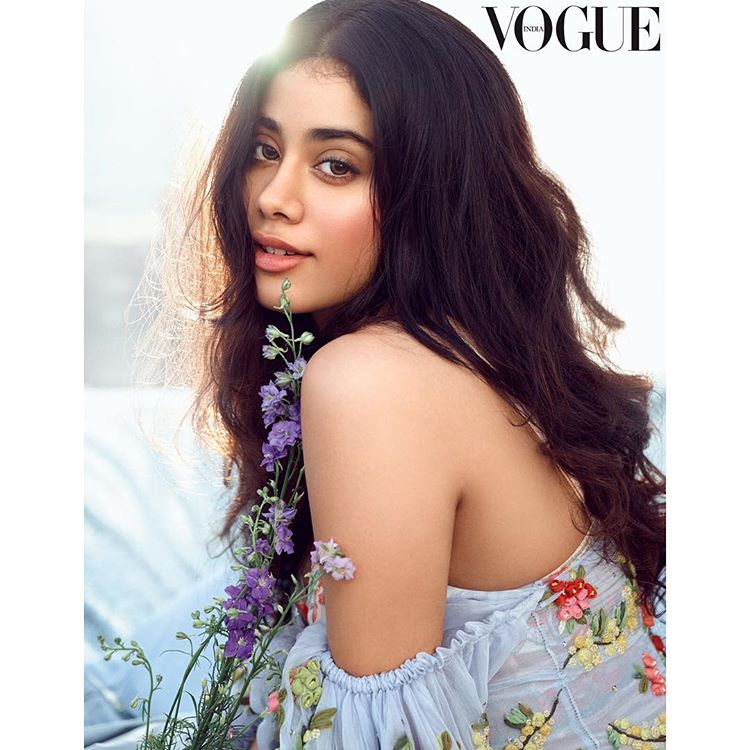 Explaining it further, Janhvi stated, “She was more relaxed about Khushi getting into films. She thought I was naïve, that I wasn’t thick-skinned enough. She wanted us to live a more relaxed life. She loved what she did but you know it was intense.” Reminiscing a funny story about the time when Sridevi left Janhvi in LA for an acting course, and recalled, “Oh yeah. She said, “Phool ko kichad mein chhod kar chali ja rahi hu main!” (“I’m leaving my little flower in the muck”). In the wild, wild west. I think it’s cool to be naïve. It takes a certain amount of courage to not be pessimistic. I’d like to believe there is good in everyone.” (Also Read: This Throwback Pic Of Sridevi With Janhvi And Khushi Defines Pure 'Maa-Beti' Relationship) 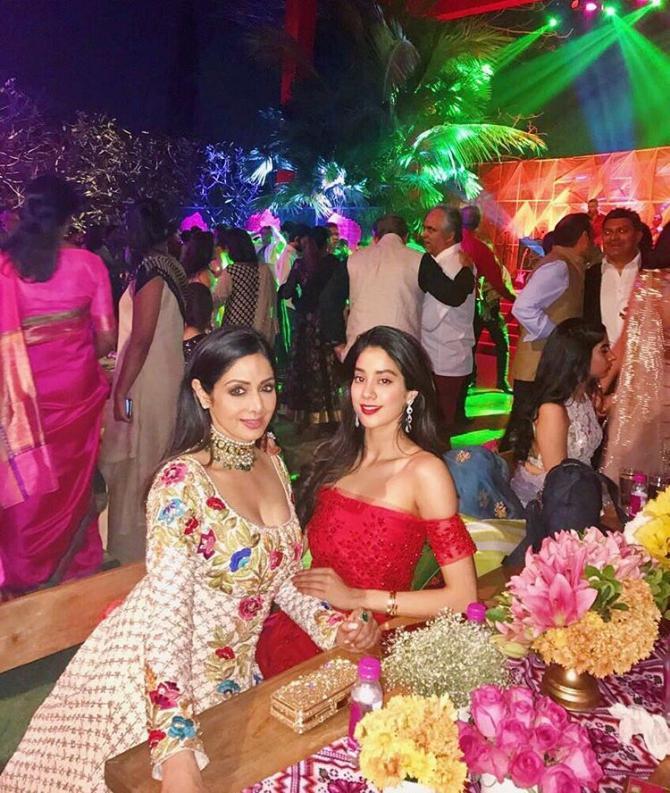 Talking about her bedtime stories, which were about Sridevi’s life and journey as an actress, Janhvi recollected, “Those were my bedtime stories. Her whacked-out experiences. You know, in the ’80s and ’90s, when actors would do multiple shifts working simultaneously on different films? So she was doing three movies with the same director, who was also the actor. They were in Ooty and he decided to shoot songs for all three films together. He’d do a scene, then cut and walk to the next location and the entire cast and crew would follow. At one point, he does a shot, starts walking and, suddenly, he’s behind a tree taking a piss, and the entire cast and crew is there, watching. He was just walking, and everyone assumed they were going to the next location! Mum was in all the films, and she’d figure out which film they were shooting for by his wigs, which would change for each role.” (Also Read: Sridevi Teases Daughter Janhvi For Her Poor Hindi Accent In This Throwback Video) 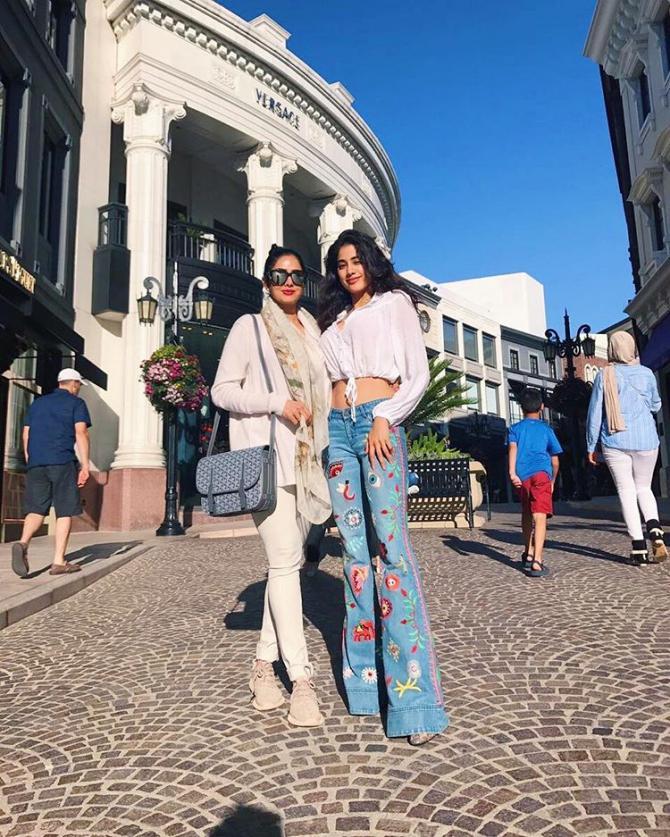 Further talking about how their family came together after Sridevi’s death, Janhvi stated, “It’s made us feel safe and secure. I think, even for Papa, it’s a source of comfort. It’s definitely tied us together. We’ve lost mom and I don’t think that’s a loss any of us will ever get over.” She further went to say that her mother was a constant inspiration for her, “That’s always been my motivation. I’m so proud of my parents. I need to make them as proud of me.” (Also Read: First Pic Of 'Bhaiya' Arjun Kapoor With Half-Sisters, Janhvi And Khushi Is All About Loving Family) About the paparazzi, Janhvi discussed, “It’s flattering than anyone would care what I look like after the gym. I feel like I haven’t done anything to earn that attention, so I don’t know how to react. Should I smile and wave because they’ve been waiting and it’s courteous? Or should I hide because I’m sweaty?” (Also Read: Arjun Kapoor Slams A Website For Objectifying His Half-Sister Janhvi Kapoor, Says It's Shameful) Talking further about how they were the three fashionistas setting up new trends with their sartorial choices, Janhvi remarked, “I think other than films this is something that we have bonded over. We love clothes and are roughly the same size. We enjoy dressing up. Papa would call us “three women on a mission” when we shopped. He’s always been very into our look—he’d approve them or make us change. And all of those photos of mom and me before events? He clicked them!” (Also Read: Janhvi Kapoor Is The Spitting Image Of Her Mom Sridevi Kapoor, These Pictures Are The Proof) Answering the questing of feeling void after her mother’s demise, Janhvi retorted, “Of course. I could always be the baby with her. When I’d wake up, the first thing I’d do was ask for her. I’d need her to put me to sleep sometimes and she literally had to feed me. The day before she left for the wedding, I had to shoot, but I couldn’t sleep, so I was like, “I need you to come and put me to sleep.” But she was packing, so by the time she came to me I was half asleep. But I could feel her patting my head.” (Also Read: Anshula Kapoor Shares An Adorable Picture Of Janhvi Kapoor Piggybacking On Sister Khushi Kapoor)

About how her little sister, Khushi is taking care of her, Janhvi remarked, “I’ve always been very bad at that. Khushi is very maternal with me. I am a full baby. She takes care of me. Now she comes and puts me to sleep sometimes.”

We wish Janhvi Kapoor all the success and happiness in her career in Bollywood. 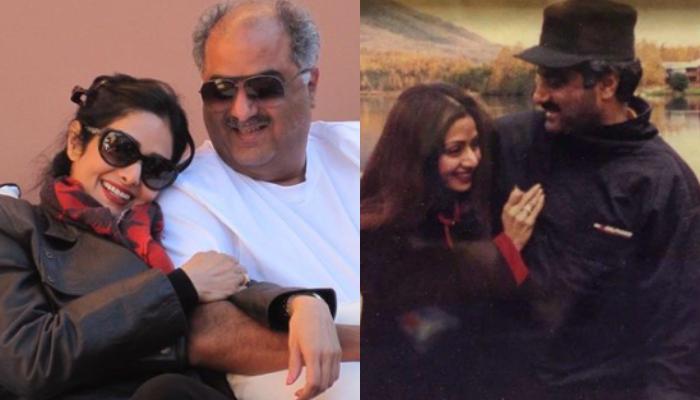 One of the finest dancers and actresses in the history of Indian cinema, Sridevi's death had shocked the entire nation. She had passed away on February 24, 2018, in Dubai in a hotel's bathroom tub. Her demise had created a massive void not just in the lives of her husband, Boney Kapoor