Rude and rigid was the first impression that Shakti Arora had about the air-hostess-turned-actress, Neha Saxena, as she looked uptight to him. Yes, all was not glittery when the couple first met during the briefing of the show, Tere Liye. What started as sheer misjudgment of character, soon turned out be a friendship, which blossomed into love.

Here, we present this aww-so-cute love story of Shakti Arora and Neha Saxena! 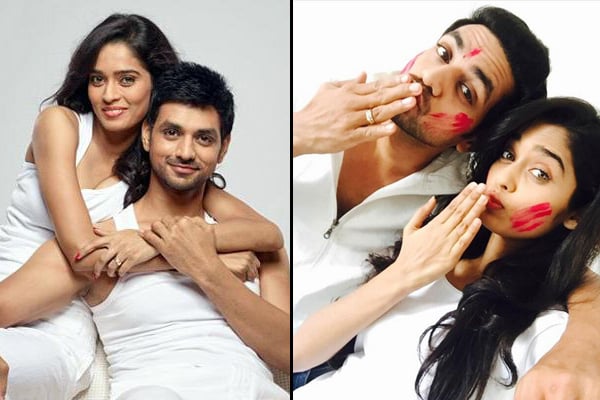 Unlike other telly actors, this cutesy jodi had a love story similar to any Ekta Kapoor serial. A girl meets a boy, both find each other rude, their egos keep them apart only to have one of them falling head-over-heels in love with the other. That is exactly what happened in the case of Shakti and Neha too, but hold on, there is a twist in this tale. Wondering what? Read the entire love story and you will come to know!

And when they met... This cute couple first met in 2010 on the sets of a Star Plus production, Tere Liye where they played on-screen couple. They were initially apprehensive about each other as Shakti was new and reserved, while Neha had been a leading star already in another hit show. After those initial hesitations, they became fast friends, yet love wasn't blooming. In Neha's words,

We had an amazing chemistry on the show. We also became good friends. People would ask us if we were together. But nothing was brewing between us then.

This is how love started brewing Neha was not Shakti's first love. He was going through a rough patch after a break-up and Neha, as a friend, was by his side. Gradually, they realised that they do not need to seek love anywhere else and that they are each other's soulmate. However, it still took Shakti a long time to profess his love to Neha, as he said:

We realised we liked each other. Yet, it took me around a year to actually convey my feelings to her. We shared a platonic relationship till then.

But, once he proposed to her, they did not take much time to meet each other's parents and the relationship was made official straightaway.

You May Als Like: Men In Priyanka Chopra's Life: Wives Of Two Married Actors Stopped Them From Working With Her Both the lovebirds are crazy about each other. Neha won his heart by her cooking skills, while Shakti's honesty and the ability to make her feel comfortable was enough for this bubbly girl. Shakti is completely mesmerised by his lady and he does not shy away from confessing it. Here is what Shakti said about Neha:

I am in love with Neha. I love spending time with her. Her sense of humour is what I like the most about her and, of course, her cuteness! 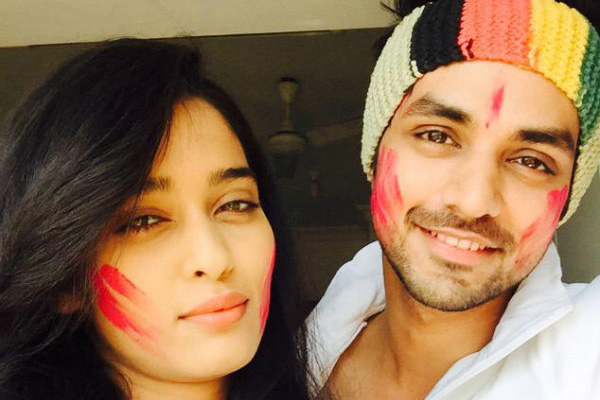 They delighted their fans by having a roka ceremony in the Goregaon Sports Complex, Mumbai, on June 6, 2014. According to the sources, the ceremony was a private affair because the makers of the show, Meri Aashiqui Tumse Hi, did not want the focus to shift to Shakti's private life. 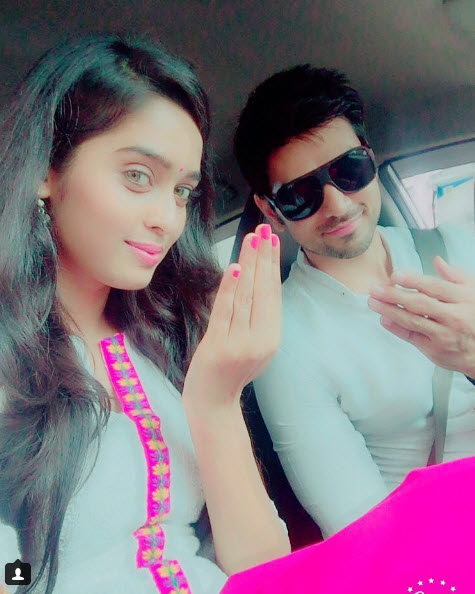 After being rokafied for more than two years, Shakti and Neha finally thought of taking their relationship a step ahead. The couple was supposed to tie the knot on November 15, 2016. But who knew something else was waiting for them. Well, the last two months of the year were little-stressed ones for the entire nation. It was the time of demonetisation and no old currency was working and so they had to postpone their wedding.

"It will take me a long time to exchange the old notes with the new ones. I have no idea when we will get married now. It's definitely not happening this year."

Don't Miss: Aishwarya Was Once Diagnosed With Tuberculosis, Rohit Was By Her Side, Even When She Was Losing Hair 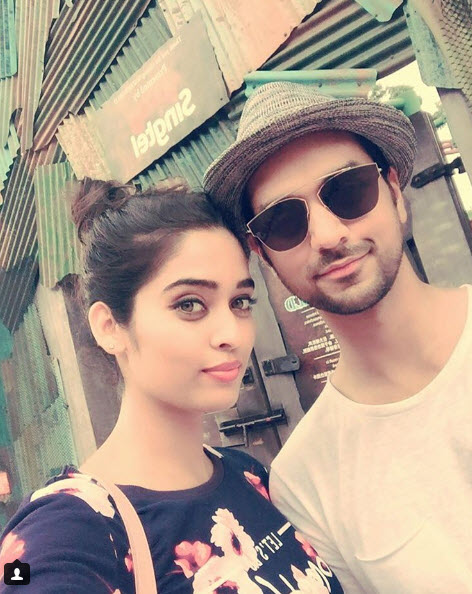 Since almost all the wedding preps were done, he said:

“I had pulled back money to pay to the wedding coordinators, food providers and other staff as I needed to give them a progress. Be that as it may, they are declining to take the old money now.” 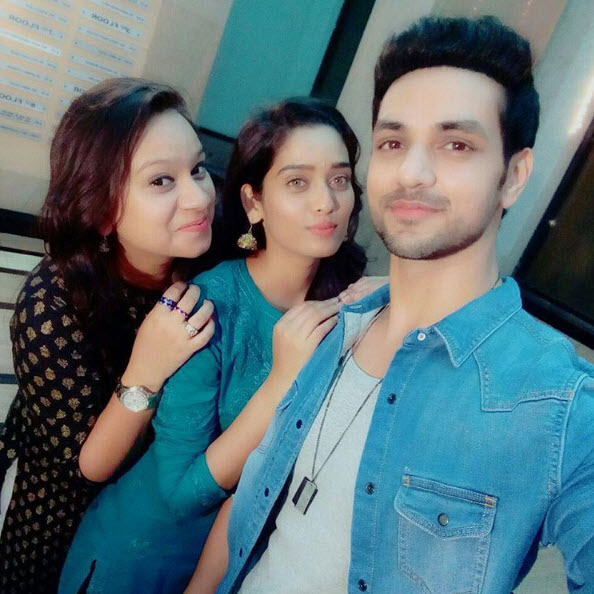 Soon after a few months when their wedding was postponed, rumours started doing the rounds that Shakti and Neha have broken up. Buzz was that busy schedules were cropping up between them and things are not so rosy between the two. Actually, at that time, Shakti was shooting in Jakarta for a project and buzz was that Neha flew all the way to there to sort things out. Bombay Times quoted a source as saying:

“Over the past few months, a lot of differences cropped up between them, which led to constant tiffs. Neha is now back in India and they have decided to take a break from each other, they need time to think about where their relationship is headed. Distance is also taking a toll on their equation.” 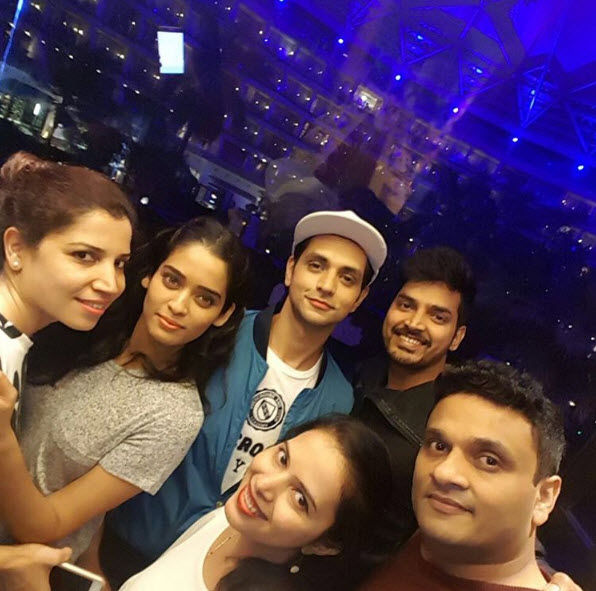 So much so that Shakti and Neha even deleted their cosy and lovey-dovey pictures from their respective Instagram handles. But despite all of this, Neha said that everything was completely fine between them and retorted:

“Who is spreading these rumours? Shakti and I are together. In fact, I returned from Jakarta only because my Visa expired.”

And the rumours started taking a toll on Shakti and Neha. Banishing all the news related to their break-up, Shakti took to his Instagram account and shared a couple picture with the caption that could be read as:

“A Real relationship will last long beyond the rumours..Putting All Rumours to Rest. Relationshipgoals.” 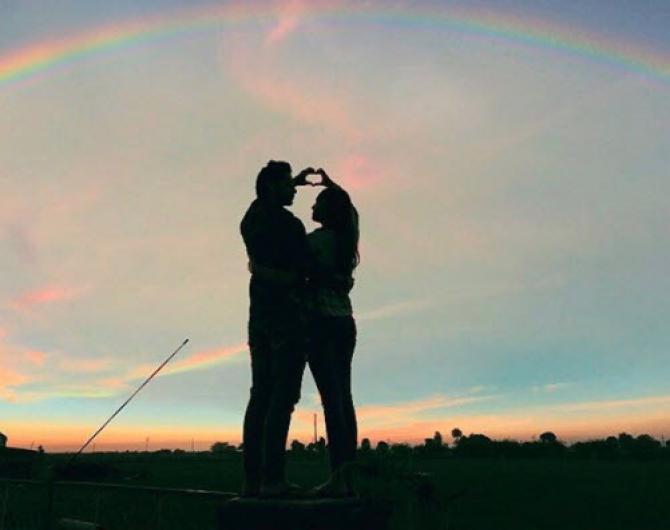 And soon after that, Neha too opened up about their wedding plans and break up rumours. In an interview with SpotboyE, the actress shared:

“We have already taken a step ahead. Now our families are involved, we will get married soon enough now.”

“I want my marriage to be larger than life, I love wearing Indian dresses and I’m excited to put together my trousseau. My wedding will be lavish, extravagant and completely filmy. There will be a lot of functions. I want to celebrate and enjoy it to the hilt. We will have a lot of functions, spread across several days, you know, like a big fat filmi wedding.” 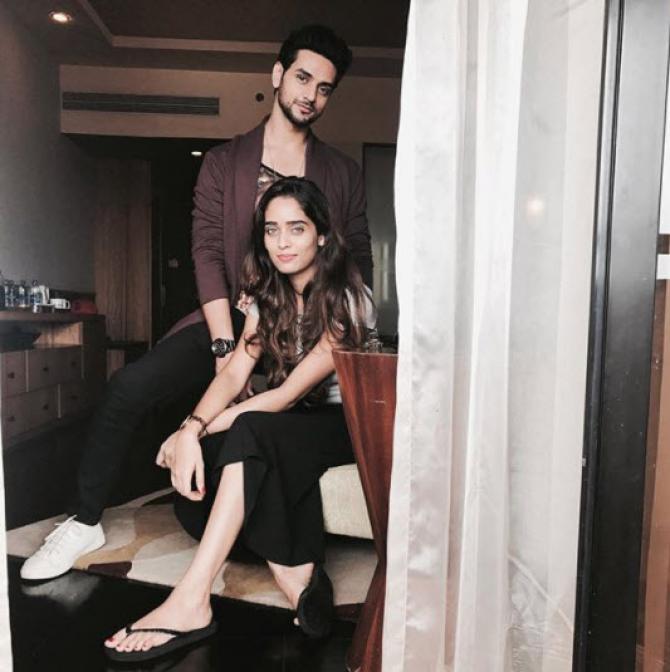 “In fact, I have already started saving, because once I start my wedding shopping, there will be no stopping me (laughs).” 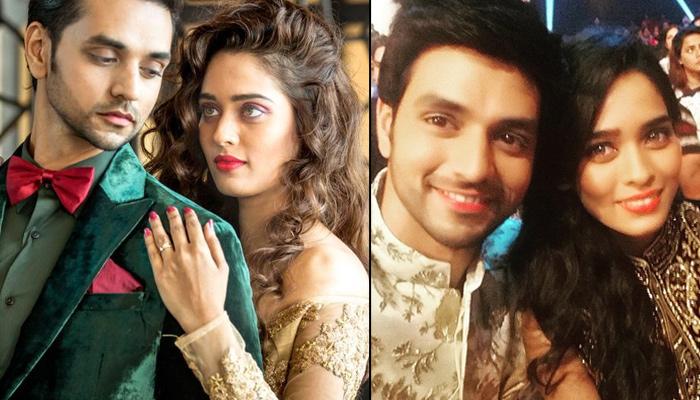 On their break up rumours, she had to say this:

“I don’t know how the rumour started... the world can say whatever we are together and happy. We have never hid our relationship and we will definitely not hide our wedding either when it happens.”

In another interview, Shakti Arora was quoted as saying:

“All is well with us. I have become thick-skinned, and rumours about my split, marriage and kids don’t affect me anymore. It’s part and parcel of this profession.”

Must Read: Esha Deol Met Bharat Takhtani At The Age Of 13, Started Dating But Soon Broke Up For A Silly Reason 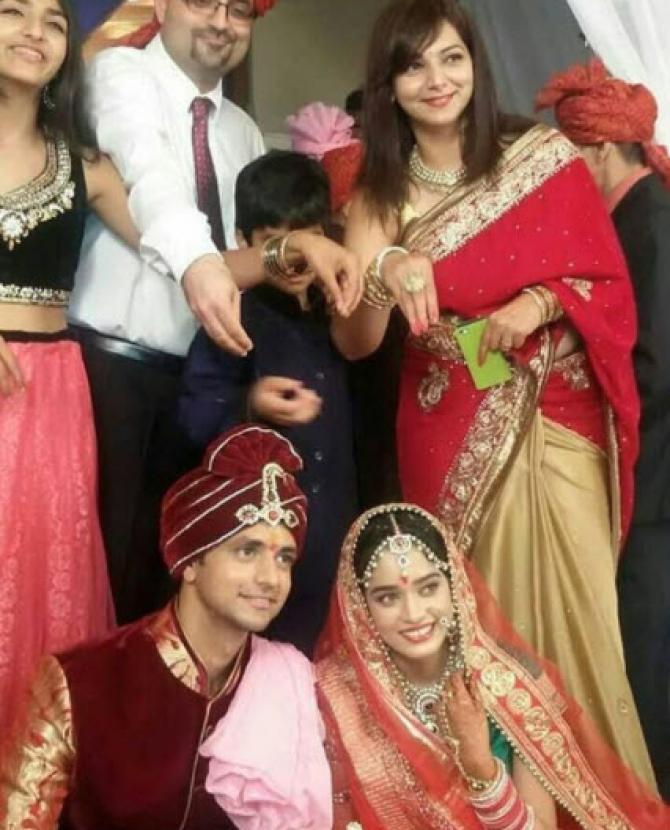 On April 6, 2018, the lovebirds gave a pleasant surprise to all their friends and families. After so many twists and turns in their love tale, Shakti and Neha walked down the aisle and got hitched in a secret ceremony in Mumbai. To share the happy news with fans, Shakti took to his official Instagram account and shared a lovely picture from their wedding. Here’s the one: 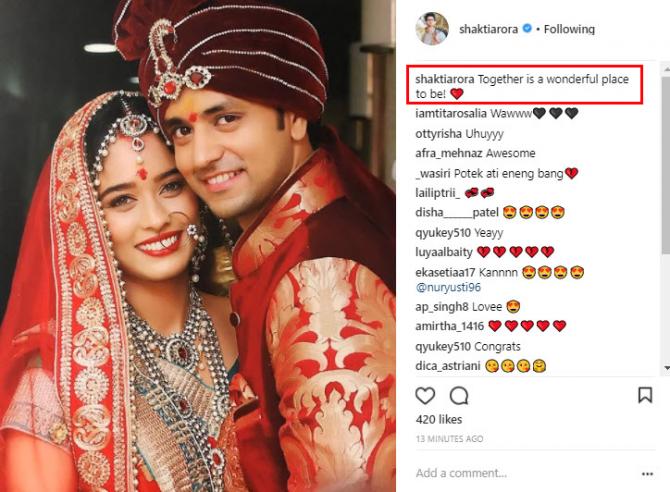 “Together is a wonderful place to be!” “Yes, Shakti and I got married.”

Revealing the details about the wedding, Shakti was then quoted as saying:

“We had the haldi ceremony in the morning and pheras in the evening. It was a private affair with only our immediate families in attendance. Both of us have been relatively free over the past few months and so, decided to take the plunge. It seemed like the perfect time, as I am planning to take up something soon and will become busy.” 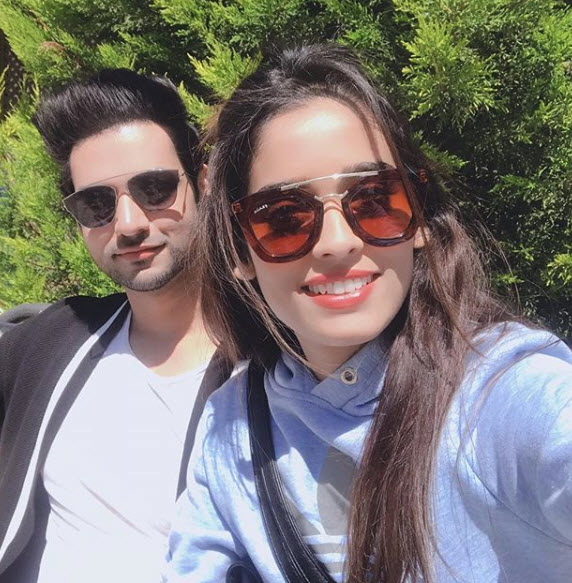 When he was asked if life has changed after tying the nuptial knot, Shakti said:

“The feeling is yet to sink in and I don’t feel like a married man yet. Abhi tak kuch samajh nahi aa raha, but it’s a nice feeling.”

Well, Shakti and Neha make a stunning and the cutest couple together. We wish them all the happiness and a blissful married life.

NEXT READ: After Their Failed First Marriages, Samir Soni And Neelam Kothari Tied The Knot And Adopted A Girl You’ve got to be insanely in love with each other to live an entire lifetime under the same roof. But, what if your relationship loses its steam? Is all lost? Well, for some of our small screen actors, their failed first relationships did not discourage them from finding a partner