Ayesha Takia's Love Life: Before Marriage At 23, Had Two Flings With Brothers Of Famous Actresses

Ayesha Takia's Love Life: Before Marriage At 23, Had Two Flings With Brothers Of Famous Actresses 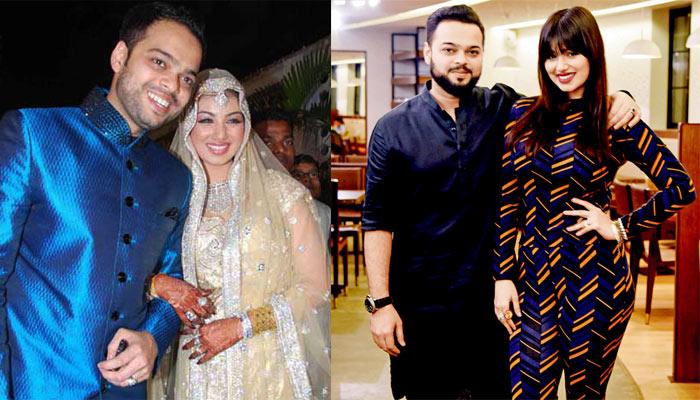 Bollywood is a place of glamour, glitz, controversies, affairs, relationships and link-ups. Name an actor or actress, and we can bet there is no one who hasn’t been linked-up with someone at any point of their career.

Such is also the case with Bollywood actress, Ayesha Takia Azmi. This 32-year-old actress made her Bollywood debut with Taarzan: The Wonder Car and awed everyone with her charm. Her acting skills in Dor was well-received by the audiences and critics. She has appeared in more than 20 Hindi films and hence the fans know a lot about her professional life. But not many know about her personal life. So, here we are to unveil Ayesha Takia Azmi's love life. 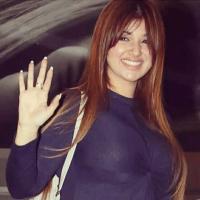 Ayesha Takia was born on April 10, 1986, to a Hindu father and a Muslim mother in Mumbai. At the early age of 15, Ayesha took up modelling and if you are a 90s kid, you must have seen her in Falguni Pathak's Meri Chunar Udd Udd Jaye music video. Ayesha came into limelight with the ‘I am a Complan boy, I am a Complan girl’ commercial. Guess what? The Complan boy is none other than Shahid Kapoor! After modelling and ad commercials, Ayesha finally made her debut in Bollywood in 2004 with Taarzan: The Wonder Car at a very young age of 18. The last movie in which Ayesha was seen was the 2011 Hindi film, Mod.

Even though Ayesha Takia had always been tight-lipped about her love life, eventually everyone got to know about her first beau. And he was none other than, Manisha Koirala’s brother, Siddharth Koirala. Not much is known as to when and where they met, but they definitely first encountered each other before Ayesha’s debut. In an interview later, Ayesha was asked about her kiss with Vatsal Sheth in Taarzan, and she had revealed that there was no chance of developing feelings for him as, by then, she was already in a relationship with Siddharth.

In the same interview, Ayesha also revealed that she and Siddharth had parted ways. They had broken up before as well and gave their relationship a second chance but this time there was no chance of reconciliation. Reportedly, they were together for two-three years, and even after parting ways, they remained friends.

A short fling with Ashmit Patel

Yes, as per the rumours doing rounds back then, Ayesha Takia had a short fling with Ameesha Patel's brother, Ashmit Patel. Even though, the two have never spoken about their relationship, the reports suggested that after her break up with Siddharth, Ayesha went into Ashmit’s arms. In 2005, a video of Ashmit and Riya Sen went viral and people started speculating that something is brewing between the two. This enraged Ayesha and she cut her off from Ashmit. 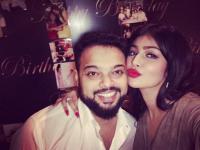 In 2005 itself, Ayesha Takia started visited Farhan Azmi’s restaurant in suburban Mumbai. Their fathers were friends for long. So, it’s highly likely that Farhan and Ayesha knew each other from before. Her visits to Farhan’s restaurant became more frequent and in fact, by the end of 2005, the two started making public appearances together. In fact, in an interview back then, Farhan had acknowledged that he was seeing Ayesha and that he also knew about her past relationship with Siddharth. Once, expressing her views on her future husband, Farhan, Ayesha was quoted as saying:

“He is humble, modest and very hard-working. He enjoys his business and has a flair for it. He knows how to be a great friend and more than that, a great husband”.

After dating each other for three years, Farhan and Ayesha decided to tie the nuptial knot in December 2008. Because their respective families knew each other, it wasn’t a problem to get their consent. But due to the infamous 2008 Mumbai terrorist attacks, they had to postpone their marriage. And finally, on March 01, 2009, Farhan Azmi and Ayesha Takia became husband and wife to each other. About her decision of getting married at the age of 23, Ayesha once said to a media portal:

“I never thought I would be married at 23, but that's the fun thing about life -- you don't know what is waiting for you at the next corner. I have been lucky to be with Farhan. Before I got into films I would paint, read books and do a lot of things, but due to my acting commitments, they took a backseat. But now I am back to all of it and I love it”. 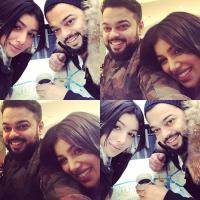 In another interview, commenting on her marriage, Ayesha quipped:

“On the personal front, I think the turning point has to be my marriage as it was a step ahead in my life. It has really been a beautiful journey so far”.

On December 06, 2013, Ayesha and Farhan were blessed with their baby boy, Mikail Azmi. Their family got completed when the newborn came into their lives. Post delivering Mikail, Ayesha took a long break from work. However, in an interview in 2016, she said she wants to make a comeback and enjoy the magical moments of being on a set.

Her fans have been waiting for long for a comeback. But keeping that aside, isn’t this an adorable love tale? Guys, do let us know in the comments section below as to what you feel about Ayesha Takia Azmi’s love life and her marriage with Farhan Azmi.