On late legendary actor, Sanjeev Kumar's 35th death anniversary, a romantic picture of him with his eternal lover and actress, Sulakshana Pandit is winning hearts all over the internet. Take a look! 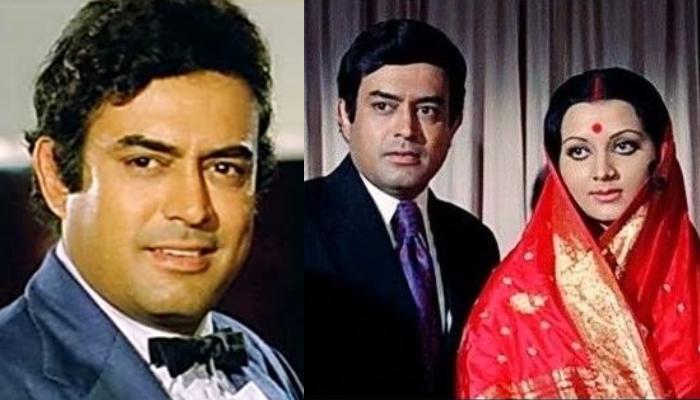 Over the decades, we have witnessed tons of iconic characters on the big screen, and one such character is of 'Thakur' from the legendary film, Sholay. The iconic character was portrayed on the big screen by the late legendary actor, Sanjeev Kumar. The one, who is the winner of two National Film Awards for his incredible acting in films, Koshish and Dastak. (Recommended Read: Virat Kohli And Anushka Sharma's Combined Net Worth, Own A 34 Crore Worth Sea-Facing Home In Mumbai)

Sanjeev Kumar had made his debut in 1960 with the film, Hum Hindustani and since then, he had never looked back and had gone to do more than a hundred movies in six different languages throughout his career. Now, on his 35th death anniversary, we bring you an unseen picture of him with his eternal lover, Sulakshana Pandit. Scroll down to see it! November 6, 2020, marks the 35th death anniversary of Sanjeev Kapoor and the internet is filled with his iconic dialogues, soulful tracks, and evergreen scenes. While everyone is talking about how great an actor he was, there are some, who are shedding some tears as a rare picture of him with his eternal lover and actress, Sulakshana Pandit is doing rounds on the internet. The picture is from their film, Uljhan and the way Sanjeev ji is looking at Sulakshana ji has refreshed all the tales of their magical but incomplete love story. Take a look: (Don't Miss: When Rekha 'Ma' Had Penned A Letter For Amitabh Bachchan's Daughter-In-Law, Aishwarya Rai Bachchan) 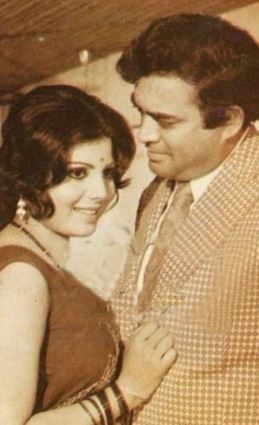 For the uninitiated, Sanjeev Kumar had remained unmarried throughout his life and had passed away as a bachelor. Even after so many years, it's still incredibly difficult to digest the fact that a person with such a golden heart had gone through a painful love tragedy in terms of his personal life. In 1973, Sanjeev Kumar had fallen in love with one of the most gorgeous and incredibly talented actresses of her generation, Hema Malini. The actor had proposed her for marriage, but the actress had denied his proposal. 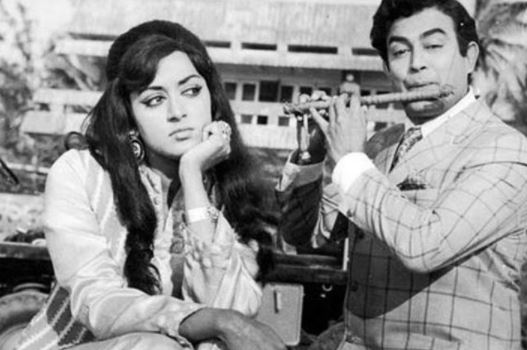 While for Hema Malini, it had passed away after some time, it had become an unbearable pain for Sanjeev Kapoor. Later in his career, Sanjeev ji's name was linked with a lot of actresses of his films, but they were all rumours, and at that point, people had started realising that Sanjeev ji is going to remain single for the rest of his life. Many actresses had fallen in love with Sanjeev Kumar's charisma and talent, but with time, everyone had moved on after getting no response from Sanjeev's side. (You May Like: Rare Photo Of Vinod Khanna Playing With His Kids, Akshaye Khanna And Rahul Khanna At The Beach)

However, it was the year, 1975, when Sanjeev ji's name had begun to link with his co-actress, Sulakshana Pandit. The chemistry between the two had received a lot of praise from the audience. While Sulakshana ji was already head-over-heels in love with Sanjeev ji, everyone had started anticipating that Sanjeev was also in love with the gorgeous actress. But even that didn't materialise, and despite continuous approaches from Sulakshana ji, Sanjeev ji had remained unmarried throughout his life. After Sanjeev ji's demise, Sulakshana ji had decided to stay single for the rest of her life, and that's how their beautiful love story had remained incomplete. (Recommended Read: Sunil Dutt And Nargis' Iconic Picture After That Famous Fire Accident Which Sparked Their Love Story)

Did you like Sanjeev ji and Sulakshana ji's rare picture? Let us know!