He is the man behind ‘War blockbusters of Bollywood’ including Border, Refugee, LOC Kargil, and she was the doe-eyed beauty of the 70s. With some Khatta Meetha love journey, she did Prem Vivah with her director in 1985. We are talking about the Golmaal and Shaan fame yesteryear actress, Bindiya Goswami and husband, JP Dutta.

Bindiya Goswami was known in the 70s for doing wholesome family dramas, and she perfectly portrayed the bittersweet take on life through her performances in Hrishikesh Mukherjee’s Golmaal and Basu Chatterjee’s Khatta Meetha. When she was just fourteen years old, Bindiya was spotted at a party by Hema Malini's mother. She tasted success with Khatta Meetha and after featuring in a few films, she explored her career as a fashion stylist as well. 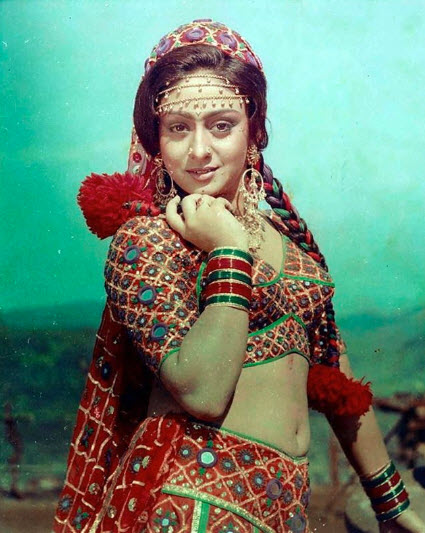 Before getting married at an early age with director-producer, JP Dutta, Bindiya experienced a whirlwind of marriage and divorce with her Khud-Daar co-star, Vinod Mehra at the age of 18. Let us first take you to the love affair of Bindiya Goswami and Vinod Mehra. Somewhere near the 1970s, Vinod entered into wedlock in an arranged marriage with a lady named Meena Broca. After a few years into the marriage, his closeness with his co-star of many films, Bindiya Goswami was reported in the media. After doing a series of films in the late 70s, Bindiya and Vinod got involved romantically and started dating each other in a clandestine manner. Not much was known about their illicit romance until 1980 when a source close to the couple leaked that the lovebirds have already exchanged wedding vows. Despite Vinod’s 10-year-of-marriage with wife, Meena, the speculations were rife of Bindiya and Vinod’s marriage. These reports of Bindiya and Vinod’s marriage created a storm in Vinod’s marital life with his first wife. And apparently, Meena’s brothers threatened the newly-weds with dreadful consequences if they don’t split up. This even reached to a point where Vinod and Bindiya moved from hotel to hotel just to hide their whereabouts from their respective families. Even Bindiya’s family didn’t approve of their marriage, and everyone was savagely after this couple. 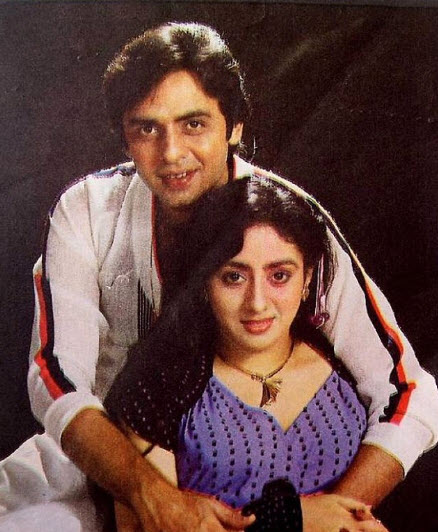 But this marriage too had an unfortunate ending, with Vinod Mehra getting a taste of his own wrongdoing with first wife, Meena when his second wife, Bindiya eloped with Border director, JP Dutta. Vinod Mehra and Bindiya Goswami’s love tale ended on an ‘unhappy note’. While many speculated that Bindiya left Vinod because his film career started slipping down by the mid-1980s, and he was no longer the sought-after celebrity that he once was. In a throwback interview with Filmfare, when she was asked if she was the centre of attention of her co-stars too, Bindiya retorted:

“Will you believe me when I say there was no male attention at work? Except from one quarter whom I finally went and married (Bindiya was married to co-star Vinod Mehra for a brief period).” 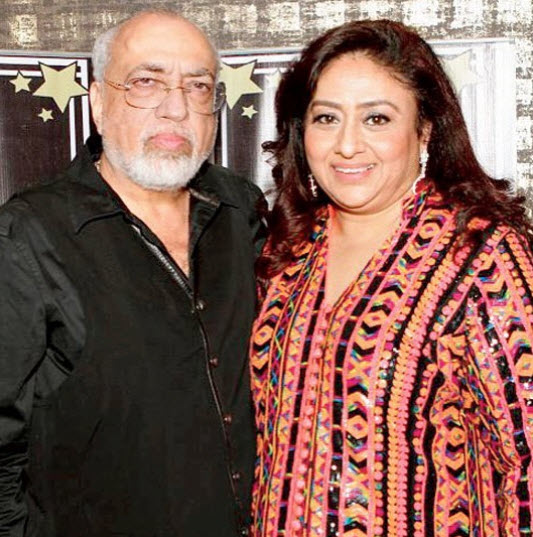 She confessed being in a relationship and marrying her co-star, Vinod Mehra. Speaking about being in touch with his family, she stated:

“I am still in touch with Vinod’s sister Sharda didi. She’s fond of me. She blesses my children.” 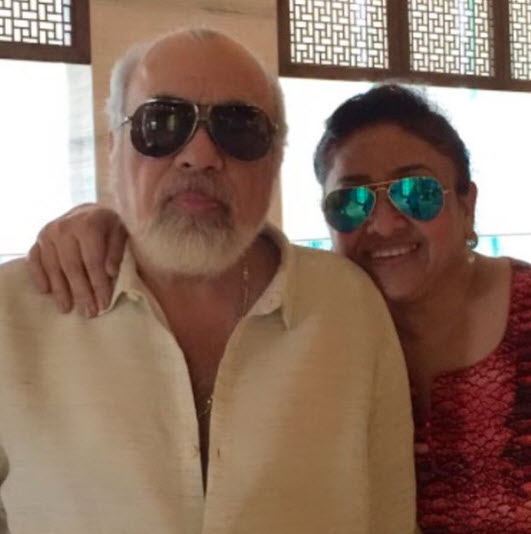 Graciously commenting on late Vinod Mehra and that her destiny was JP Dutta, Bindiya further added:

He was one of the nicest human beings I’ve met. A great soul! But my mukaam (destination), my destiny was JP (Dutta) saab and my two daughters Nidhi and Siddhi.” Despite his efforts of winning the heart of his estranged wife Bindiya, his efforts were in vain. And four years after the impulsive marriage with Mehra, Goswami eloped with Dutta in the mid-80s. Apparently, Bindiya had met JP Dutta in 1976 on the set of Sarhad, but she got romantically involved with him only in 1984. About what made her giving marriage a second chance, she said:

“I just wanted to have a perfect home. From breakfast on the table to the staff everything had to be perfect. Mills & Boon was my Bible. Karva Chauth fascinated me since I was a young girl. I’d romaticise that one day I’d also see the moon with the sieve. That was the dream sequence of my life. The ‘dark and brooding’ was my type – jisko patana padhe (someone who had to be wooed) – a la JP.” She revealed what drew her towards him and further added:

“What drew me towards him was the way he is. Silent and philosophical. He never felt embarrassed of not being rich. He lived in a one bedroom in Mahim even though he was a director. Above all he was family oriented. There was chaos when I got married to him. It was not wanted by people around me. But I have grown up with him. Maine unki aankhon se zindagi dekhi hai, it’s about staying together in sukh and dukh.” 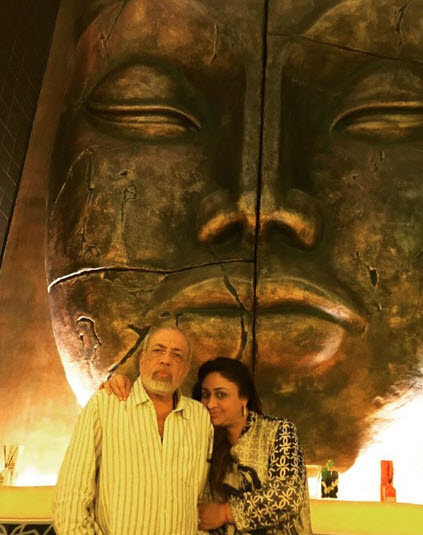 Bindiya Goswami and JP Dutta had an age difference of 12 years and they were total opposites. Speaking about the adjustments to be made, Bindiya was quoted as saying:

“We are total opposites. He hardly talks and I need to talk all the time. He’s not at all romantic. I’m the ‘I love you’ kind. I would want to go out. He’d want to sit at home. He believed you didn’t have to attend a New Year party to have fun! Today I don’t like going out. He’s only hot headed where his work is concerned, because he’s perfectionist. He wants to give 200 per cent to his work. He gives leverage and then it reaches a point where he can’t take it.” 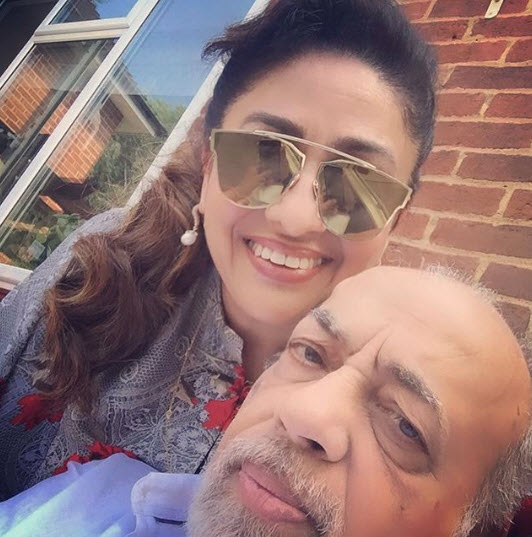 When asked why she never thought of returning to work as an actor, she retorted:

“I never missed the arc lights. JP saab involved me in his work. I’ve done the costumes of all his films like Border (1997), Refugee (2000) and LOC Kargil (2003). If JP was winning accolades it was a triumph for me. I got TV offers. But it meant being away from the children. My bachchas cling to me. Nidhi is a gift from Khwaja Garib Nawaz in Ajmer and Siddhi from Siddhivinayak.” 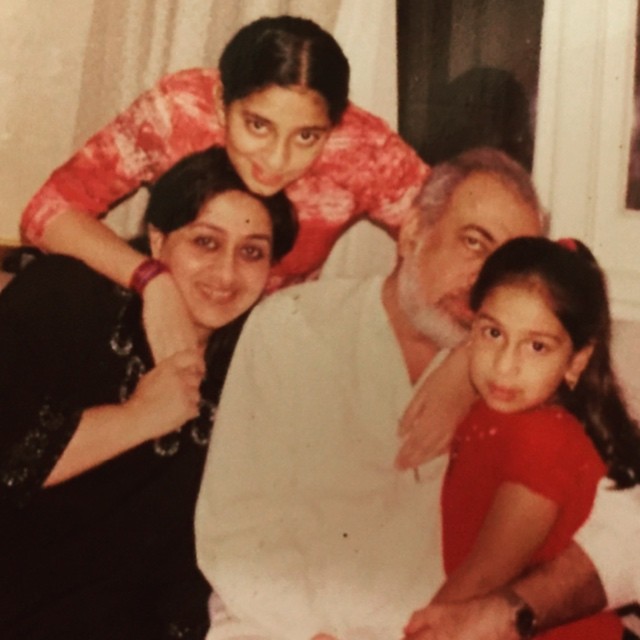 Bindiya is now helming their home production and is helping her daughters live their dream. While Nidhi was involved in the production of Umrao Jaan (2006) and is all set to make her acting debut, Siddhi is working in production, behind the camera as of now. Speaking about her daughters, Bindiya shared:

“Niddhi would dance to Jumma chumma with a diapered bum. I have taught her the dos and don’ts in life. How she takes life forward, how she pursues her dreams is her own. But I have told her not to get disappointed if her films don’t work. Some of JP’s films may not have worked but they are part of syllabi in film universities. As parents we don’t want her to be a sex bomb. That’s not in her DNA either! Siddhi and I are the ‘gut feeling’ type whereas Nidhi is the analytical kind, wise beyond her years.” 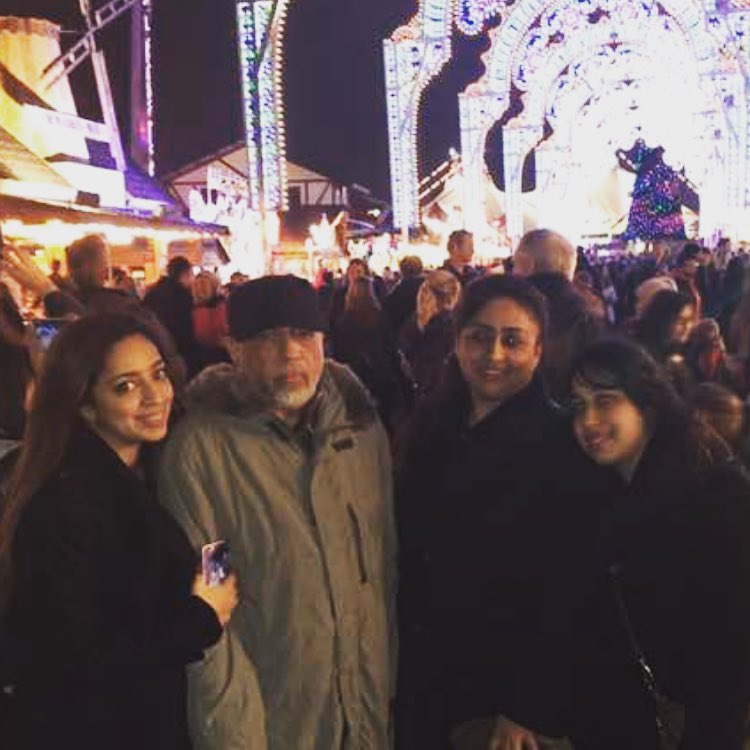 And though her hands of full with responsibilities and work, it's love that makes her world go round. She remarked:

“The way he is, I am still madly in love with JP. If he says, ‘Please mujhse abhi baat mat karo’, I have the keeda to make him talk. He keeps me going. JP cherishes the lines Hum un dinon amir the jab tum kareeb the from the song Tumse mila tha pyaar. He was not an established director while I was a successful heroine then...”

Love surely knows no boundaries, and even after any failed relationship, one should not shy away from giving love a second chance. Even after having a broken marriage with Vinod Mehra, Bindiya Goswami fought against the odds, ran away and got married to the love of her life, JP Dutta. And they are living their ‘happily ever after’ with their kids, Nidhi and Siddhi.

Next Read: 9 Famous Television And Bollywood Celebs Who Ran Away To Get Married To Their Lovers