Legendary actress, Nutan had once slapped her co-star and iconic actor, Sanjeev Kumar on the sets of their film, Devi in front of everyone for maligning her image in public. Details inside!

The legendary actress, late Nutan is often regarded as one of the most versatile actresses of all-time. In her illustrious career in Indian cinema spanning four decades, she had appeared in more than 70 films. From her unconventional roles in the ‘70s to setting the record of winning five Filmfare Best Actress awards, Nutan was undoubtedly the first female superstar of Hindi cinema.

Recommended Read: When Sanjay Dutt Apologised To Madhuri Dixit After The News Of Their Affair Had Broken Out

In an illustrious career spanning nearly four decades, Nutan had appeared in some of the iconic films like Sujata, Bandini, Milan, Main Tulsi Tere Aangan Ki,  Anari, Chhalia, Tere Ghar Ke Saamne, and many more. It was in 1991, when Nutan had breathed her last after her long battle with breast cancer. The revolutionary director, Sanjay Leela Bhansali was once asked to name one actress from the modern generation of Bollywood, who holds the acting pedigree of Nutan in her art. However, the filmmaker had clearly stated that there’s no one, who can match her. He had said: 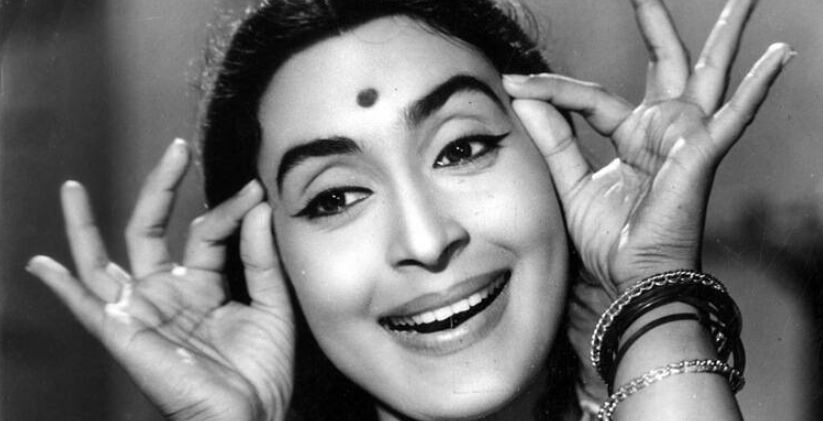 The Padma Shri Awardee, Nutan was born in June 4, 1936, in a Marathi Hindu family to filmmaker, Kumarsen Samarth and his actress-wife, Shobhana Samarth. Her sister, Tanuja is also an actress and is the mother of another supremely talented actress, Kajol. 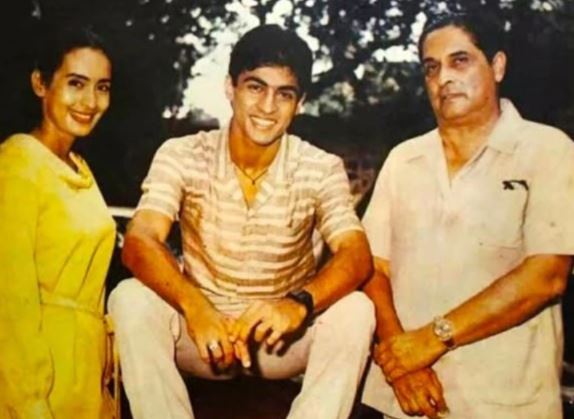 Talking about her love life, Nutan had tied the knot to a naval Lieutenant-Commander named Rajnish Bahl in 1959. Together they had a son, whom they had lovingly named Mohnish Bahl, who is also a renowned Indian actor. 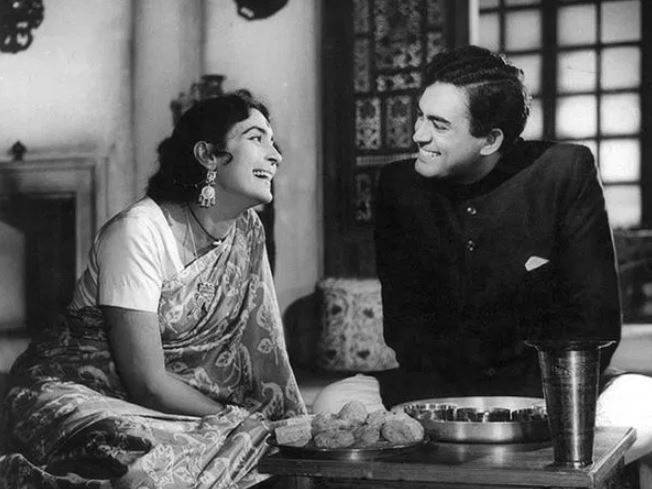 It was in the year 1969, when director, V. Madhusudan Rao was shooting with one of the leading actresses of that era, Nutan and Sanjeev Kumar, who was finding his feet in the industry. Everything was going perfectly fine on the sets of Devi, until one day when Nutan’s slap had silenced the entire set. In a fiery interview with Stardust in 1972, Nutan had opened up about reason behind slapping her co-star, Sanjeev Kapoor in public. Recalling the whole incident, right from the beginning, Nutan had stated that it all began after the two had worked in the film, Gouri. She had said:

“Ever since I acted with Sanjeev in ‘Gouri’, my relationship with him had always been friendly and straight forward, courteous, and professional. But not more than that. It was bolt from the blue when I read a report linking me romantically with Sanjeev. ” 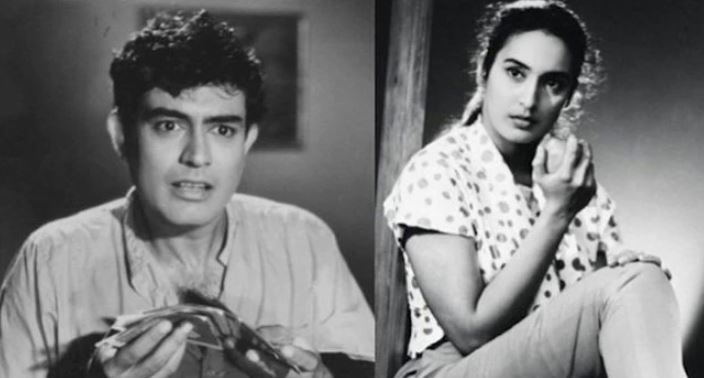 The actress was heavily disappointed with the false reports about her relationship with Sanjeev Kumar. Going further in her interview, Nutan had clearly stated that Sanjeev Kumar was nothing more than a co-star to her. The actress had said:

“Yet, at first I took it with a pinch of salt and laughed it off. But later, I came to know that the rumours were gaining ground beyond limits. The gossip was threatening to become very serious and distasteful and I admit I was disturbed and perplexed. Besides, being my co-star, Sanjeev was nothing to me.” 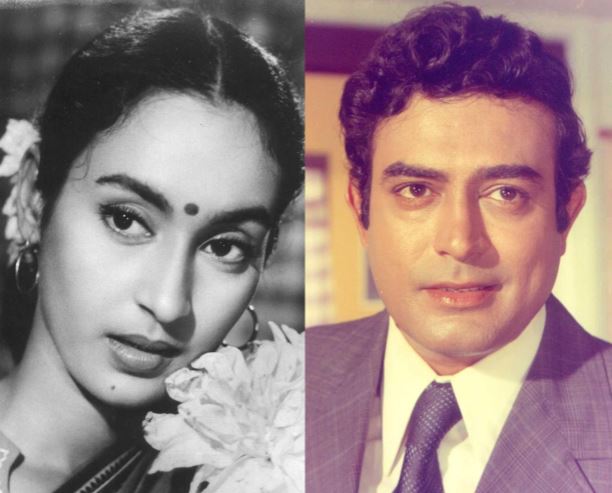 When the actress was asked to react on the ongoing reports that she wants to give divorce to her husband, Rajnish Bahl in order to get married to Sanjeev Kumar, the already furious and disheartened actress had shockingly revealed that Sanjeev was the one, who had ignited those rumours. Yes, you read it right! The actress had said:

“Just imagine, to what extent the yarns were being spun! And imagine my shock when a reliable associate of mine revealed to me that Sanjeev himself was responsible for such talk. And I had no reason to doubt this information. He had actually been with Sanjeev when the latter informed some reporters about our association. He even had the nerve to confess that I was living with him, that I wanted to marry him."

You May Like: After A Heartbreaking Love Affair With Shatrughan Sinha, Reena Roy Married A Famous Cricketer Nutan had also revealed that her co-star, Sanjeev Kumar had told media that she is living with him and they were planning to get the custody of Nutan’s son, Mohnish Bahl. The actress had titled all these false information from Sanjeev in media as ‘utter rubbish’ in her interview. Nutan had explained:

"He also confessed that we were both wondering if we could get the custody of my child! Utter rubbish! What did he think, that I would ever leave my most wonderful husband for him? Sanjeev isn’t even worth his toe nail!” 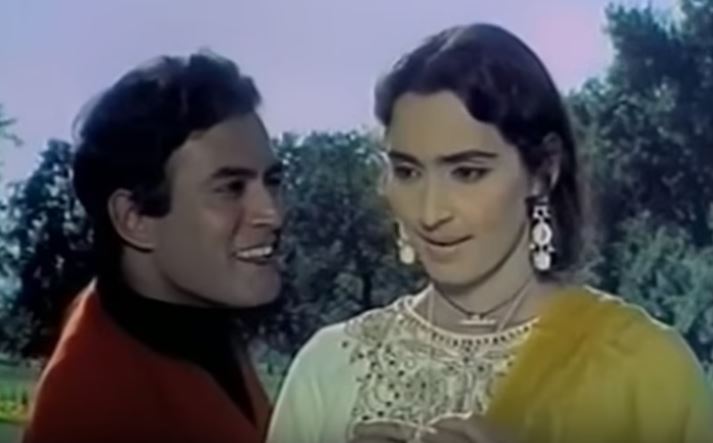 After revealing the reason behind her huge fight with Sanjeev Kumar, Nutan had recalled the main part of the whole controversy i.e., the day when she had slapped him. The actress had stated that she had gone on the sets to confront Sanjeev about all the things he had told about her in media. But according to the actress, when she had stopped Sanjeev for a talk, the actor had shown Nutan some unnecessary attitude and disrespectful gestures that were enough to break the dam of her immense patience. Nutan had said:

“He stopped, with one hand on his hip, a bored come-on-get-over-with-it fast expression, on his face. It made my blood boil. I told him quietly that I wanted to talk to him. With the same indifferent expression, he flicked his wrist disrespectfully at a corner and said, “Let’s go and sit there.” And that did it! I couldn’t take it any more and I let him have one stinging slap, and a large piece of my mind.” 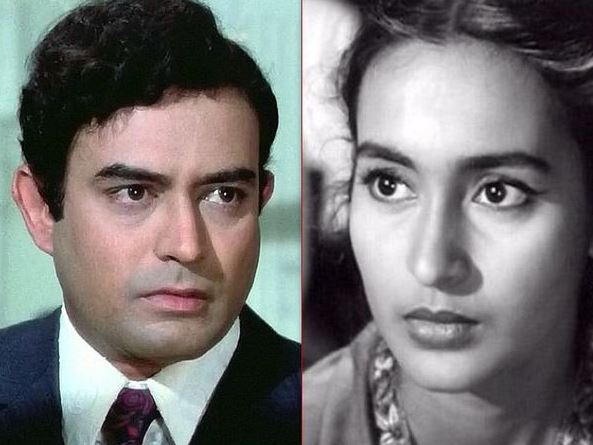 When Nutan was asked whether she had ever regretted her decision of slapping Sanjeev Kumar, the actress had given a clear ‘No’ as her answer. However, according to reports, Nutan’s action had a massive impact on her acting career, as she had lost a lot of her fans and some major projects. The actress got depressed, as no one was interested in knowing her side of the story. But at that time, it was her husband, Rajnish Bahl, who had trusted her and had helped her overcome the pain of not being trusted. Acknowledging her husband’s care and support, Nutan had proudly said:

“I don’t regret my action. I had a clear conscience that I was justified in defending my reputation. He had no right to malign my name. He taught me to look at things in a more detached manner so that it would hurt me less. He was so kind and gentle and loyal and I knew he believed in me. And that’s all I needed, isn’t it? That my husband trusted me. He’s absolutely honest and frank, to the point of being blunt. He’s cheerful and has a terrific sense of humour.” Even to this very day, there are still some people, who call Nutan’s decision of slapping Sanjeev Kumar in public as extremely unprofessional and arrogant. The reason behind it could be the fact that Nutan was always regarded as the pure symbol of an ideal Indian woman, and some people had expected her to suffer all the humiliation by a man in silence. But Nutan was a bold woman first, and an exceptional actress later. 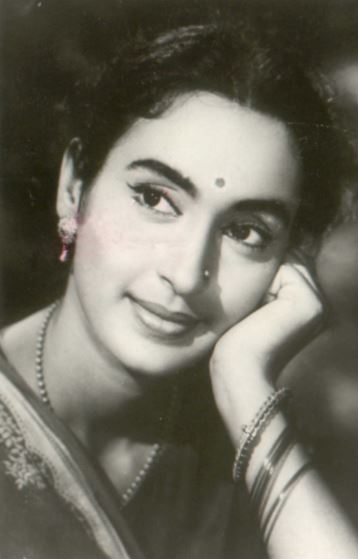 Nutan will always be remembered as one of the most fearsome and supremely talented stars in the history of Indian cinema.