The most controversial and famous Indian reality TV show, Bigg Boss, is running in its 12 season. Every season we closely get to see many of our favourite and renowned celebrities. This season we have Sreesanth, Dipika Kakar, Srishty Rode and others, but who is stealing the limelight, somewhere down the line after Sree, is Karanvir Bohra. Whether the fact that he is been targeted by Sree in couple of last episodes or Salman’s jokes at him on the Weekend Ka Waar episodes, Karanvir is the talk of the town.

For the ones who don’t know, last week on November 11, 2018, episode Salman’s behaviour towards Karanvir didn’t go well woth his wifey, Teejay Sidhu. For which, she had posted a long open letter directing to the makers of the show. Her open letter started with, “Respected Bigg Boss team, I saw the Sunday Weekend Ka War and wanted to share some thoughts with you. First of all, I don’t know if myself and Karanvir have upset you guys in any way, but if we have, I sincerely apologize." (Also Read: Taimur Ali Khan Has A Unique Name For Step-Sister Sara Ali Khan And It's Cute Beyond Our Imagination) 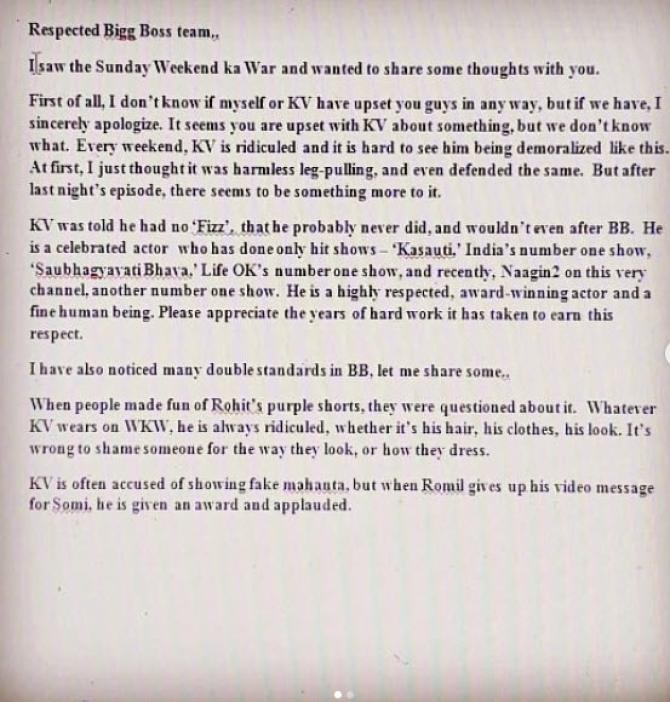 She further wrote, "It seems you are upset with KV about something, but we don’t know what. Every Weekend KV is ridiculed and it is hard to see him being demoralized like this. At first, I just thought it was harmless leg-pulling, and even defended the same. But after last night’s episode, there seems to be something more to it.” 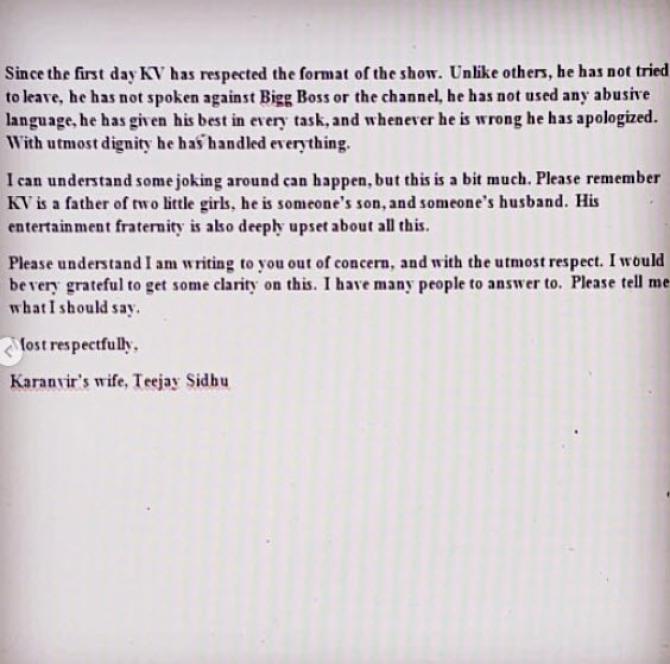 She even quoted examples where Karanvir was being targeted, but others were applauded. Teejay wrote, “When people made fun of Rohit’s purple shorts, they were questioned about it. Whatever KV wears on WKW, he is always ridiculed, whether it’s his hair, his clothes, his look. It’s wrong to shame someone for the way they look, or how they dress. KV is often accused of showing fake mahanta, but when Romil gives up his video message for Somi, he is given an award and applauded. Since the first day KV has respected the format of the show. Unlike others, he has not tried to leave, he has not spoken against Bigg Boss or the channel, he has not used any abusive language, he has given his best in every task, and whenever he is wrong he has apologized. With utmost dignity, he has handled everything.” (You May Also Read: Karanvir's Wife Teejay Slams Sreesanth For Calling Their Family 'Batemeez', Sree's Fans Defend Him) 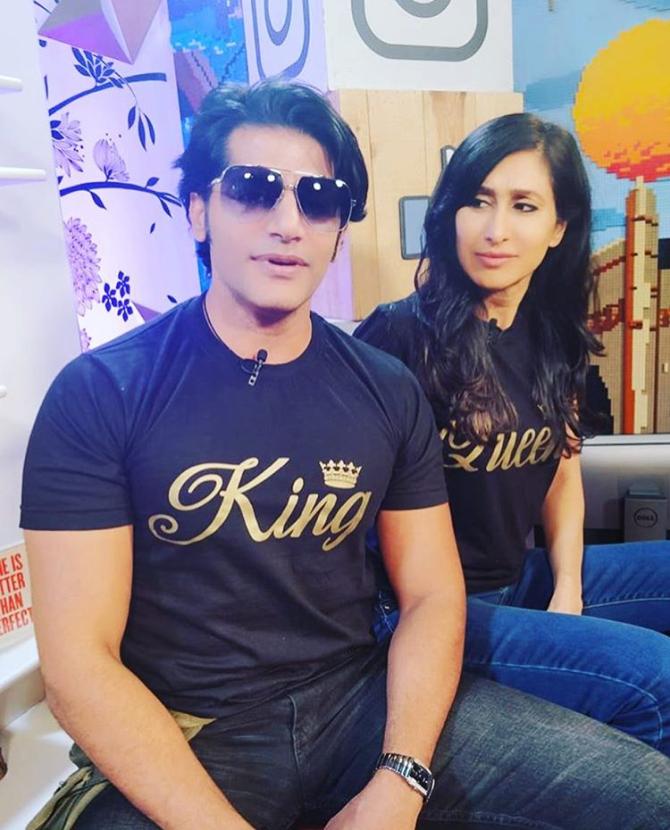 All this week, we have been eagerly waiting for Salman’s reaction on the same. And it seems he is really very angry. ColorsTV’s official Instagram handle shared a teaser of today’s (November 17, 2018) episode wherein we can clearly see Salman’s anger. In the clip, Salman can be seen asking Karanvir if he feels bad when he interacts with him on the Weekend Ka Vaar episodes to which Karanvir replies and says no. Further, in an upset manner, Salman states that he will never interact with him on weekends. Here’s the video, checkout:

For the ones who don’t know, in an interview with a famous online entertainment portal SpotboyE, Teejay talked about Karanvir’s dressing sense. She was quoted as saying, "He has his own unique personality. He always stands out. He is many times compared with Ranveer Singh. KV has his own style and he doesn’t like to look boring. Whatever he wears, he looks awesome in it". (Checkout: Deepika Padukone's Bridal Lehenga Cost Revealed, It's Not At All Expensive Being A Sabyasachi Outfit) Further, sharing his journey and that she sees him as the winner of the season, Teejay stated, "I see KV as the winner. Bigg Boss is a journey and everybody has to go through the difficulties. Unfortunately, he is having some hard experiences inside the house, but it is said that what breaks you makes you stronger. But, he definitely knows how to deal with all. He has shown a lot of courage, lot of kindness and love for everybody. He knows how to fight and how to forgive. He is a very nice, dignified contestant. And he reacts only when required.” (Also Read: Isha Ambani Twins In Traditional Gujarati Outfit With Nita Ambani On Pre-Wedding Dandiya Ceremony)

The complete episode will get aired today at 9 PM. Aren’t you excited to watch how things take turn for KV inside the house after what all happened? 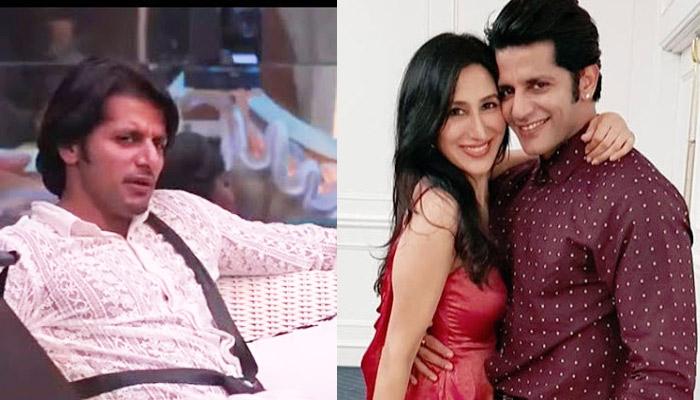 Karanvir Bohra’s wife-actress-host, Teejay Sidhu is in the news for standing up for her lovely husband. For the ones who don’t know, Dil Se Di Dua... Saubhagyavati Bhava? star, Karanvir Bohra is locked up inside the Bigg Boss 12 house. During every Weekend Ka Vaar, Karanvir was made fun of