Finally, Ram married his Leela and Bajirao-Mastani embarked their journey towards their ‘happily ever after’ together. Deepika Padukone and Ranveer Singh became one on November 14-15, 2018 at Villa del Balbianello, Italy amidst close family and friends. Deepika and Ranveer, in two magical wedding rituals, first as per the Konkani customs and then Punjabi-Sindhi tradition, were pronounced husband and wife. (Also Read:  9 Bollywood Actresses Whose Wedding Outfit Had One Of The Most Expensive Price Tags)

Ever since Deepika and Ranveer released their two wedding pictures from each ceremony, we are gushing over their drop-dead gorgeous looks and breathtakingly beautiful attires. For her Sindhi wedding, Deepika chose for a red Sabyasachi lehenga with intricate hand-embroidery golden tilla details and she paired it with a chowki design aari-taari dupatta with a heavy border and the age-old saying ‘Sada Saubhagyavati Bhava’ written on it in Devnagri.

Ranveer Singh Demanded Kiss From Deepika Padukone On Mehendi, She Teased Him With A Condition

Deepika Padukone In Tears During Her Sangeet, Ranveer Singh Hugs And Makes Her Smile Again Sada Saubhagyavati Bhava is a blessing to the newly-weds, which translates to ‘may you forever be married’. And the cost of Deepika’s lehenga will surely make your jaws drop! Deepika’s Sabyasachi lehenga for her Sindhi wedding is worth whopping Rs. 8.95 lakh. But if compared to other B-town brides, her wedding lehenga is not that expensive. 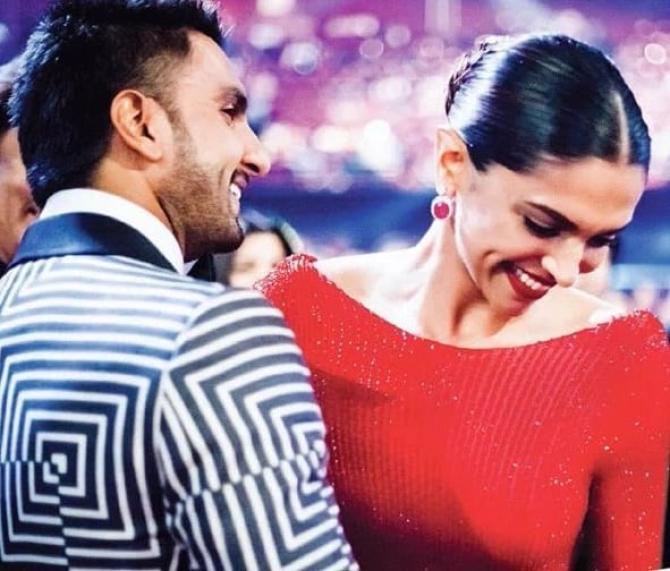 Deepika Padukone’s Sindhi wedding look was completed with a statement maang teeka, jadau jhumkas, a bridal chooda, a nath and simple yet elegant golden kalire which she worn with bangles and rings. Her jewellery were from The Sabyasachi Heritage Jewelry Collection. As per the reports earlier, Deepika has spent Rs 1 crore on her wedding jewellery and apparently her mangalsutra is worth around Rs 20 lakh. A source had then informed from the jewellery store where she went shopping, “We had decided to close the shop early. She spent around a crore of rupees within a matter of minutes and left.” In a throwback interview, Deepika talked about the most peculiar habit of Ranveer and stated, "He has a ritual before he does a shot. Like he puts eye drop and then he sprays perfume and then he does some mouthwash or some funny thing. So, he has a full ritual he does before every shot.’’ (Also Read: Deepika Padukone-Ranveer Singh's Hilarious Memes Created By Fans Will Make You Laugh Till You Drop) When probed further if his habit gets irritating on the sets, Deepika went on to say, "Maybe for other people but not for me because I am used to it and I know how to block these things off from distracting me while performing.’’ When asked how the experience is working with Deepika, Ranveer went ahead and said, "I can only tell you this based on Ram Leela and Bajirao Mastani. For I don't any scenes with her in Padmaavat. But everybody has been raving about her performance, but I haven't seen any of it because I don't shoot with her." When asked which character of Ranveer from Ram, Bajirao or Khilji she likes the most, Deepika cherry-picked her favourite and retorted, “(Smiles) Ranveer as Ram... boyish, young, innocent, playful, sensual... a young romance. But at the same time, I know what value he has brought to Bajirao or the value that he’s added to Khilji. Because no other actor in our industry today can do that.” 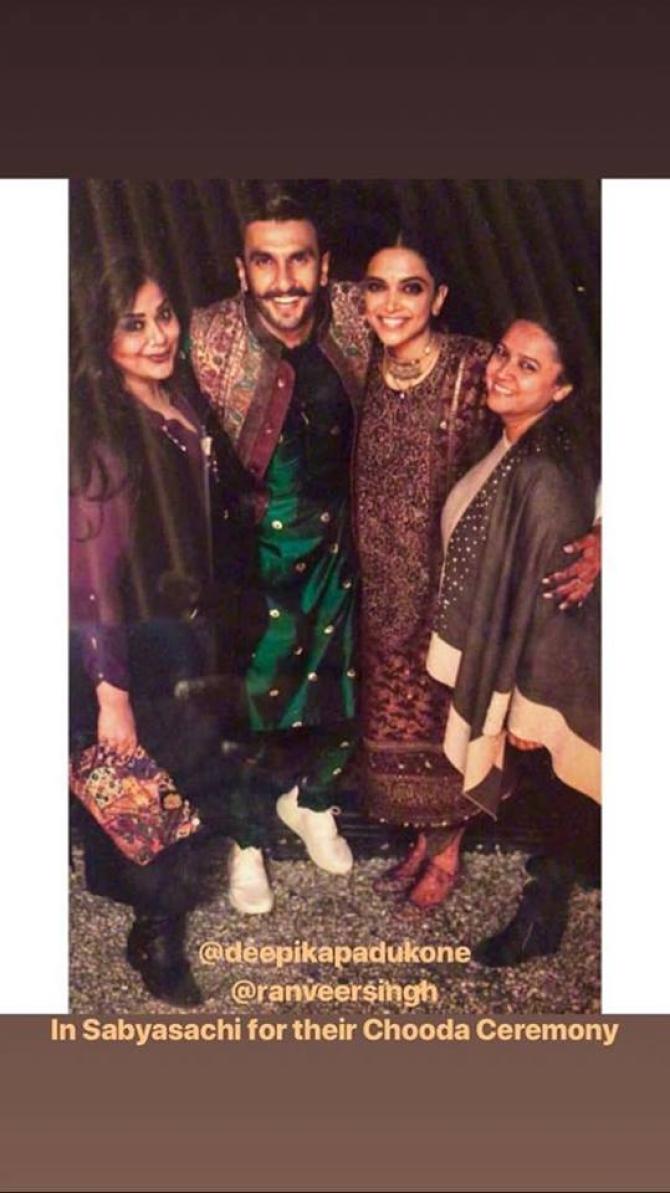 In another interview, Deepika revealed the best thing about Ranveer’s company and was quoted as saying, “When we’re with each other, we don’t need anything or anyone else. We’re comfortable in each other’s presence. Sometimes it’s an intelligent conversation, sometimes just silence, sometimes there’s a childlike innocence and it’s about being playful. We keep each other grounded. We’re very good in that sense.” 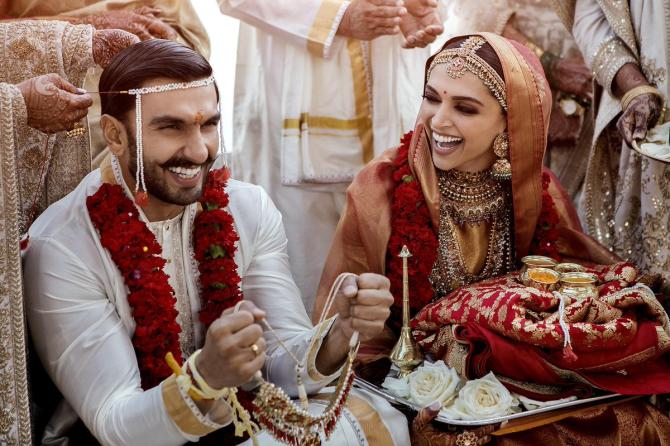 And how the definition of love changed through the years being with Ranveer, Deepika stated, “(Laughs) Early in life, you view love in a certain way, that is, it is one-dimensional, just as a romantic relationship. There are no layers to it. And then as you grow and as you evolve, you realise that there’s so much more to love. There are so many different kinds of feeling and emotions associated with it. It’s multifaceted and layered. I find love fascinating because it’s no longer uni-dimensional.” (Also Read: Deepika Padukone’s Wedding 'Chooda' And 'Kalire' Had A Unique Traditional Yet Elegant Touch) What are your views about Deepika Padukone’s bridal Sabyasachi lehenga? Drop us a comment below.