Bigg Boss 12 contestant, Karanvir Bohra is one of the most talked about celebrities this season. Karanvir is married to famous model-actress-host, Teejay Sidhu and together they have two sweet little twin angels, Bella and Vienna. Teejay hit the headlines recently, for when she lashed out at the makers of the Bigg Boss for ridiculing and making fun of Karanvir on every Weekend Ka Vaar. Yet, again, she has come up to the forefront, but this time to share some interesting things.

While KV is playing well inside the house by taking his game a notch higher, Teejay outside the house is hosting a parenting show 9 months Season 3. As the name itself suggests, the show is all about parenting and the skills one might use for the same. In an interview with famous portal SpotboyE, Teejay opened up about a lot of things including how she is managing kids without Karanvir. (You May Also Like: Parineeti Chopra Strikes Pose With Alleged Beau At Priyanka-Nick's Pre-Wedding Party, Pic Inside) 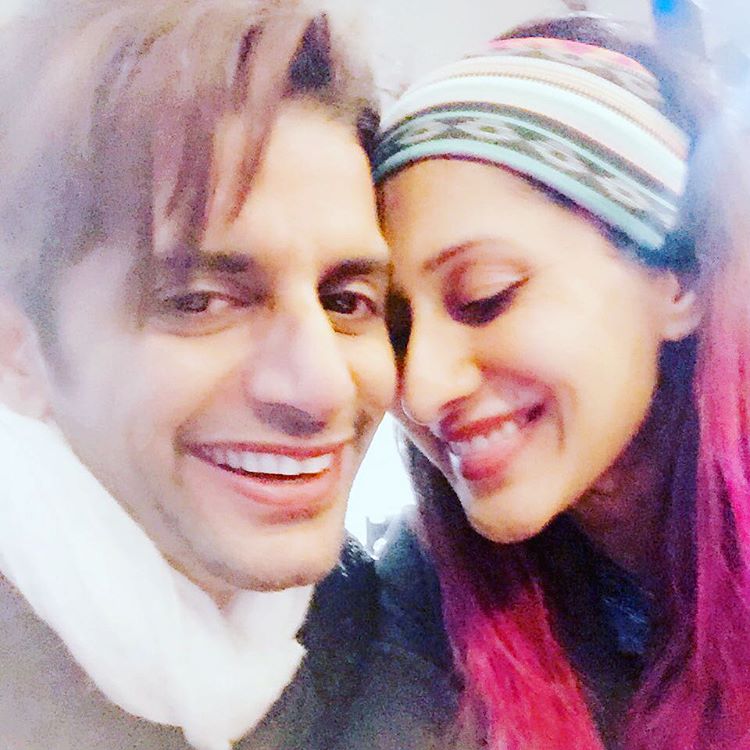 On being asked how difficult it is to manage work and two kids at the same time, Teejay shared, “The good thing about our career is that it’s flexible. When I would shoot for 9 months Season 3, my husband Karanvir Bohra was there to take care of the kids. Even on-set he would tell them that mom is working so they need to wait and watch (laughs). When Karanvir was shooting for Naagin, I used to take care of them. Also, when you are an actor, you have vanity vans at your disposal which makes it easier to spend time with kids. It’s not that difficult. We don’t have a nanny for our kids. KV and I manage them. Of course, my mother is there to help us, which makes my life easier”. 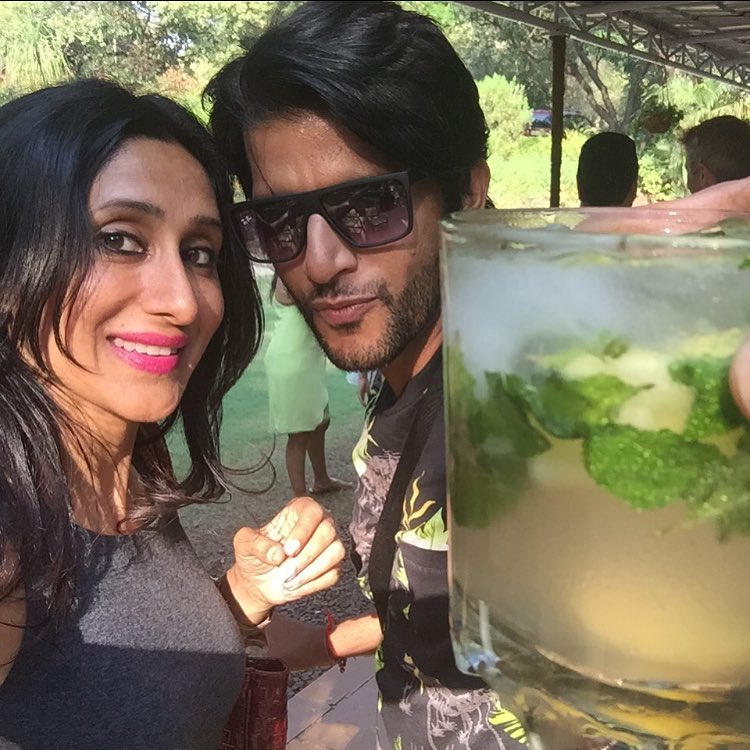 Further, she also revealed that how Karanvir’s babies, Bella and Vienna miss their dad, and how they react when they see him on television. Teejay was quoted as saying, “I have a huge family so in his absence they are there with me. But I would say our daughters miss him a lot. Initially, they used to get excited when a doorbell rang imagining KV has come. But now, they know that KV is in Bigg Boss. Every night when Bigg Boss starts they start waving towards him saying, ‘Bigg Boss, Hi dad’. And when he is moving here and there in the episode and talking to someone they feel as if he is talking to them and they say, ‘Dad, come back’.  They feel now he lives inside the TV”. (Also Read: First Look Of Priyanka Chopra And Nick Jonas From Their Pre-Wedding Puja, Celebrations Begin) 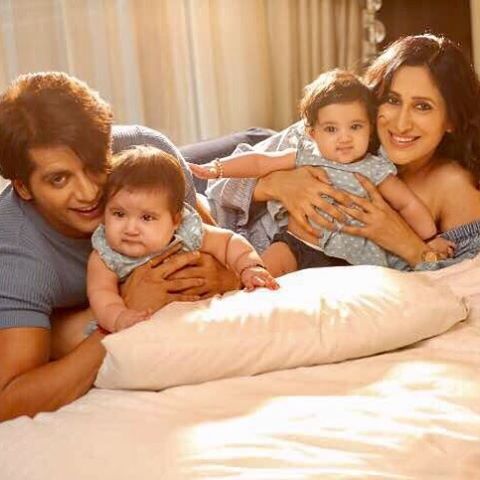 On sharing her views on how couples should divide their responsibilities on bringing up children, Teejay retorted, “I think you should take up what’s manageable. Like in our case, I sleep late while KV calls it a night earlier. So, he would get up early and change the diapers and start making baby food. When I woke up, I washed the clothes. KV loves cooking and so he also did that while I changed the diapers yet again. Cooking is his job and rest mine (laughs)”. 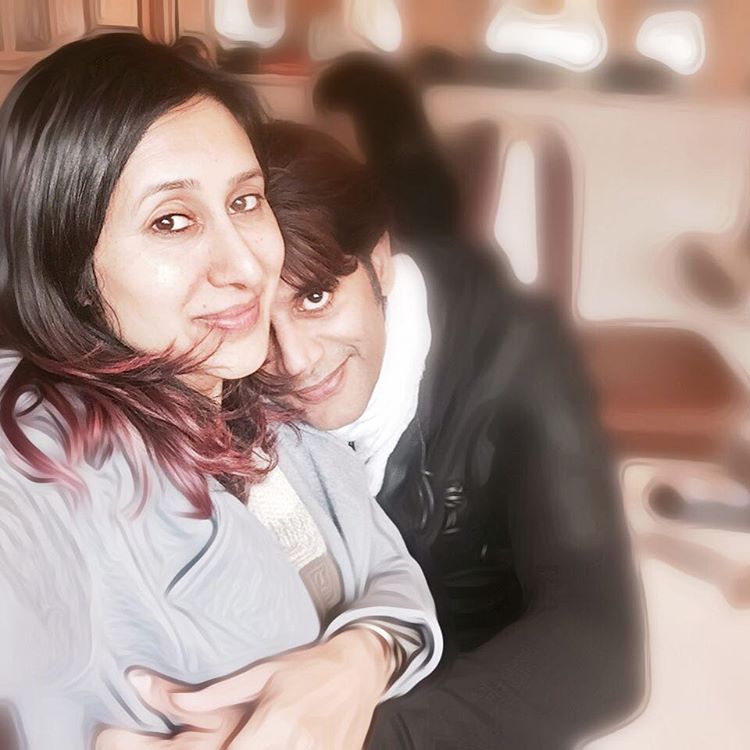 In case you missed out on the open letter that Teejay wrote against the makers of Bigg Boss, here is an excerpt from the same, “Respected Bigg Boss team, I saw the Sunday Weekend Ka War and wanted to share some thoughts with you. First of all, I don’t know if myself and Karanvir have upset you guys in any way, but if we have, I sincerely apologize. It seems you are upset with KV about something, but we don’t know what. Every Weekend KV is ridiculed and it is hard to see him being demoralized like this. At first, I just thought it was harmless leg-pulling, and even defended the same. But after last night’s episode, there seems to be something more to it.” To read the entire open letter, CLICK HERE! Just like any other doting wife Teejay also sees Karanvir as the winner of the reality show. In an interview earlier, she stated, "I see KV as the winner. Bigg Boss is a journey and everybody has to go through the difficulties. Unfortunately, he is having some hard experiences inside the house, but it is said that what breaks you makes you stronger. But, he definitely knows how to deal with all. He has shown a lot of courage, a lot of kindness and love for everybody. He knows how to fight and how to forgive. He is a very nice, dignified contestant. And he reacts only when required.” (Checkout: Priyanka Chopra And Nick Jonas Will Give Expensive Silver Coins With A Thoughtful Design To Guests)

Karanvir has very amazingly raised his game to survive inside the house. What’s your take on his game plan and strategy? Do drop your views in the comments section below! 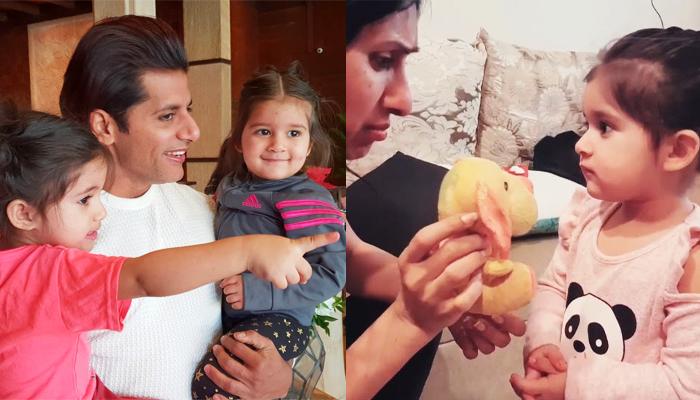 Just Mohabbat fame actor, Karanvir Bohra didn't win Bigg Boss 12 but he has definitely won a million hearts. Being one among the top 5 contestants wasn't an easy task for him, especially given the fact that he was often ridiculed and cornered by many of his co-contestants. Now that BB12