Bigg Boss season 12 is in its last leg and only a few days are left for the season to end. The ardent followers of this season and crazy Bigg Boss fans are guessing who would win the show and somewhere down the line are praying for the favourite contestant to win. One of the strongest players all this while has been Dil Se Di Dua... Saubhagyavati Bhava? fame, Karanvir Bohra. He has had his own graph of the gameplay, which also had some dips and some great moves.

While everyone’s busy predicting who will win the show, KV’s wife Teejay has penned down another open letter to support her husband. Tweeting the long open letter pictures, wherein she has written 13 reasons why KV should win Bigg Boss 12, Teejay captioned, “Since everyone LOVES my letters so much, here is one more!!  #KVB has survived a lot in BB, he's grown so much.” (You May Also Like: Karanvir Bohra Was Teased In Bigg Boss 12 House, Wife Teejay Sidhu Gave An Epic Reply [VIDEO]) 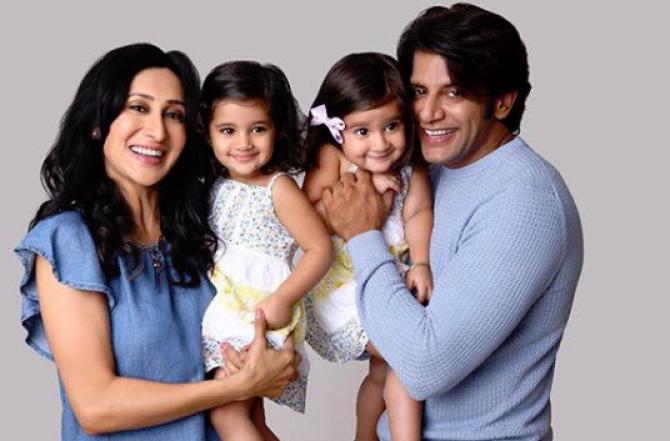 She further wrote, “He's had a fantastic journey! Here are 13 reasons why he should win BiggBoss”. The letter starts like this, “13 Reasons Why. I am his wife, as a mother to his children, his best friend, his soulmate but this comes as a loyal Bigg Boss winner of this season.” Stating the first reason why Karanvir should win the show, she writes, “1. Most Loved Contestant- Yes Karanvir not only inside but also outside the house is the most loved contestant. Over the past three months, he has won the love of everyone inside the house also, and now that he really is a good and kind human being”. (Also Read: 'Naamkarann' Actor Puru Chibber Is All Set For His Roka Ceremony With A Photographer, Details Inside) 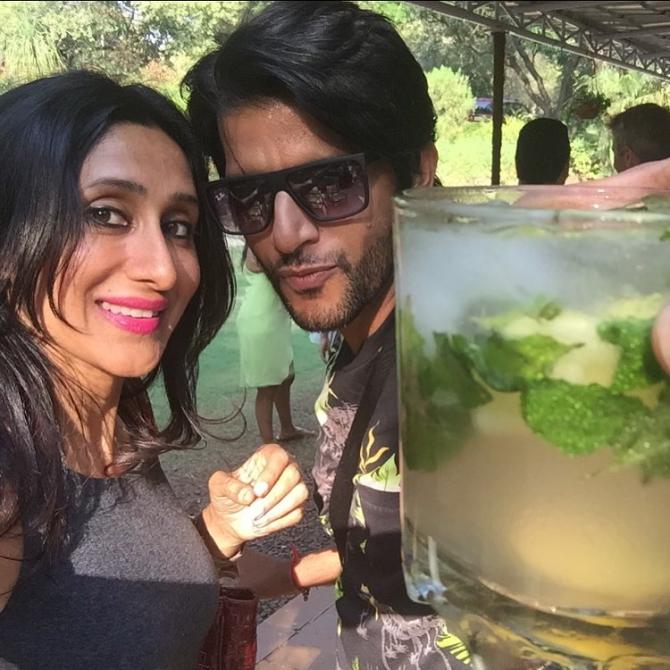 Sharing the second reason, Teejay pens down, “REAL- He is the most real contestant. He has believed in kindness from the start and maintained during his entire journey. People will say that is fake. It’s a problem with the world not with him. People are not used to goodness, so they will doubt that someone could actually be that sincere”. Here’s Teejay’s long open letter and you can check out the rest of the reasons: 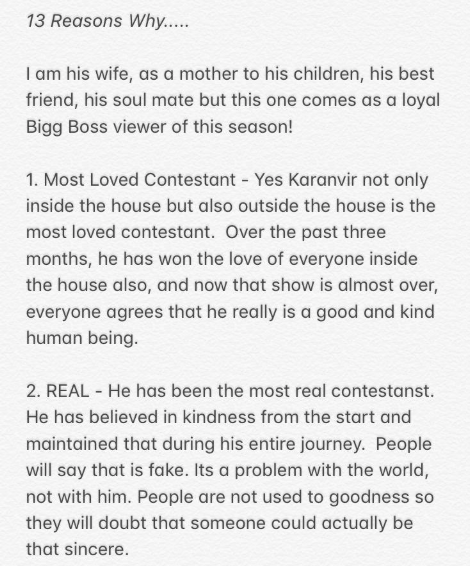 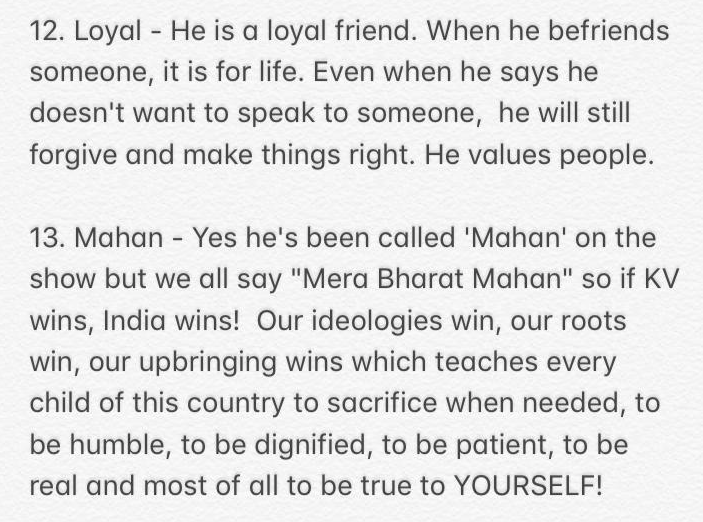 In case any of you missed the first open letter Teejay wrote lashing out at the makers of the Bigg Boss for ridiculing Karanvir, here is the excerpt from it, “Respected Bigg Boss team, I saw the Sunday Weekend Ka War and wanted to share some thoughts with you. First of all, I don’t know if myself and Karanvir have upset you guys in any way, but if we have, I sincerely apologize. It seems you are upset with KV about something, but we don’t know what. Every Weekend KV is ridiculed and it is hard to see him being demoralized like this. At first, I just thought it was harmless leg-pulling, and even defended the same. But after last night’s episode, there seems to be something more to it.”  (Checkout: Miss India Earth Hasleen Kaur Ties The Knot With Boyfriend In A Private Ceremony, Pictures Inside) 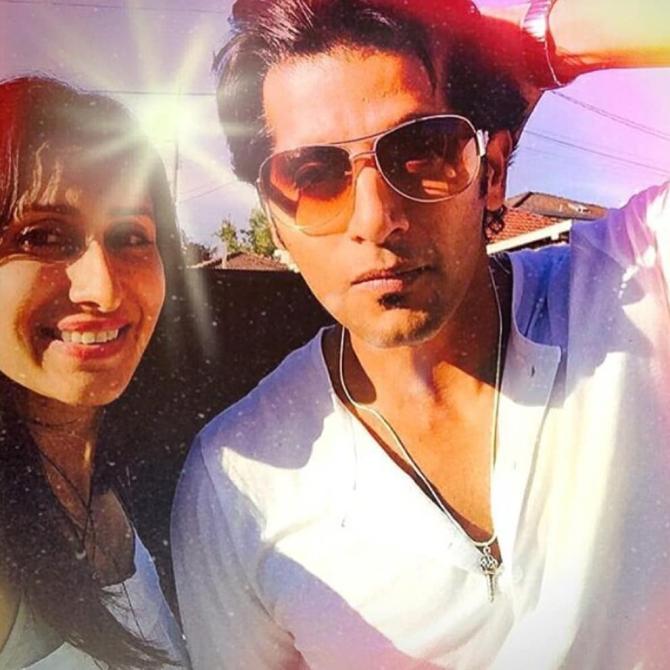 The letter could further be read as, “KV was told he had no ‘Fizz’, that he probably never did, and wouldn’t even after BB. He is a celebrated actor who has done only hit shows – ‘Kasauti’, India’s number one show, ‘Saubhagyawati Bhava’, Life OK’s number one show, and recently, Naagin 2 on this very channel, another number one show. He is a highly respected, award-winning actor and a fine human being. Please appreciate the years of hard work it has taken to earn his respect. I have also noticed the way many double standards in BB, let me share some.” Checkout the complete letter, HERE! 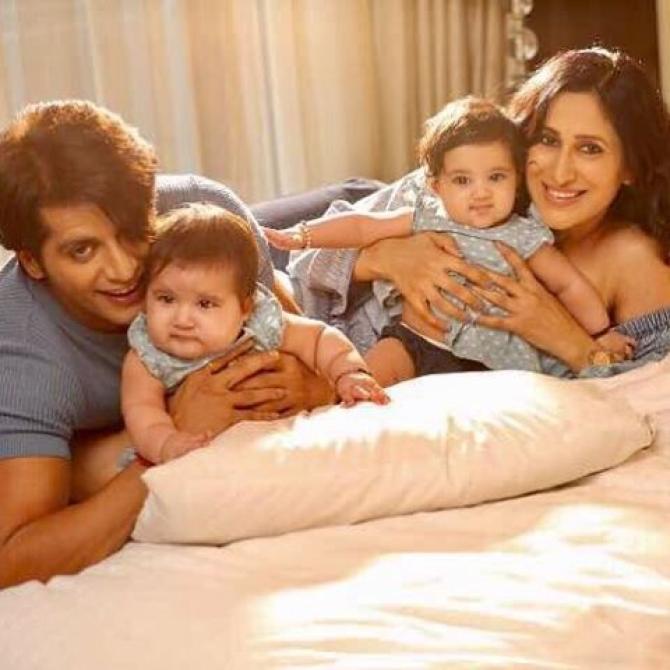 Apart from this, Karanvir has been in the limelight for his ugly spat with Sreesanth. In an interview with Times Now on this account, Teejay had told, “These two are like boys in a school ground. No he started it, no he started it, you first, no you first. It’s hard to even pick sides. In one of the unseen footage, KV was enacting a scene from a film with Deepak and he started laughing. That’s when Sreesanth said, ‘Arey yeh toh has rahe hai, producers ka paisa doob gaya’ and that was so funny. That’s what I believe about Sreesanth. I believe there’s good in him also.” (Do Read: Isha Ambani And Anand Piramal's Wedding Video, A Perfect Recap To The Memories From Baaraat To Vidai) 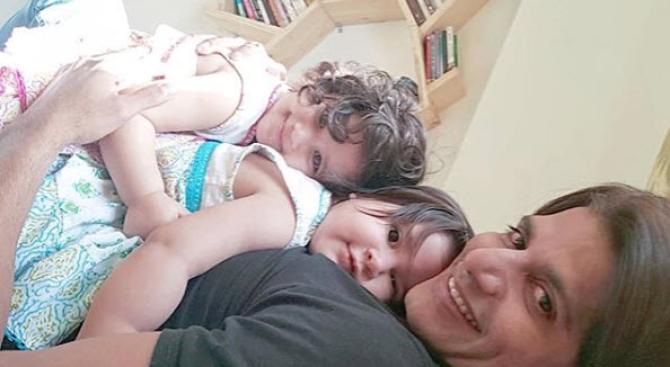 Karanvir’s little angels, Bella and Vienna are very close to him and miss him like hell. Though the two entered the house during the family week and had met him, and it seemed very difficult to drove them apart from their father when they had to leave the house. In the same interview, the mother of the two shared how the little dolls react when they see their father on-screen. She said, “They see their dad on screen in tears or angry and get really sad. They don't like it and wonder what's gone wrong. They immediately ask KV to pick them up thinking that he too can see them through TV, just the way they can see him. And when they see no response from KV's end, they get really upset.” (Also Check: Gauahar Khan Has Parted Ways With Alleged Choreographer-Boyfriend Within 11 Months) She further revealed, “Both the babies are thrilled and excited to see KV as they feel that he is actually around them. They say hi to him, try communicating with him when they see him on TV. They feel that even KV can see them and it's actually a live set like his other shows. Though I don't allow them to watch a lot of BB. They run here and there in the house and stop the moment they see or hear their father's voice on TV and start talking to him."

Do you think Karanvir will come out as a winner of the Bigg Boss 12? Do drop your views in the comments segment below! Bigg Boss season 12 was a huge hit, quite like all of its previous seasons. Though Dipika Kakar (of Colors TV's Sasural Simar Ka) won the reality show, the fourth runners-up, Karanvir Bohra was amongst the most talked about celebs this time. He has been criticised for being diplomatic and the 'mahaan' contestant