Ranveer Singh opened up and talked about sexism that his wife, Deepika Padukone faces on a daily basis. Read on to find out!

Bollywood actor, Ranveer Singh had married his longtime crush, Deepika Padukone, on November 14, 2018, making us believe that dreams do come true. Apart from making it big in the industry with his versatile performances in the movies, Padmaavat, Goliyon Ki Rasleela: Ramleela, 83, he has also won hearts with his incredible sense of fashion. Though many people troll his fashion sense and call him ‘feminine’, Ranveer never pays any heed to the haters.

The actor is currently basking success for his recently released film, Jayeshbhai Jordaar. And now, the actor opened up about the sexism that his doting wife, Deepika Padukone faces on a daily basis. He also listed out the qualities that he does not like in Deepika Padukone.

Recommended Read: Amitabh Bachchan On Trollers Age-Shamming Him: 'I Pray To God Nobody Insults You When You Grow Old' 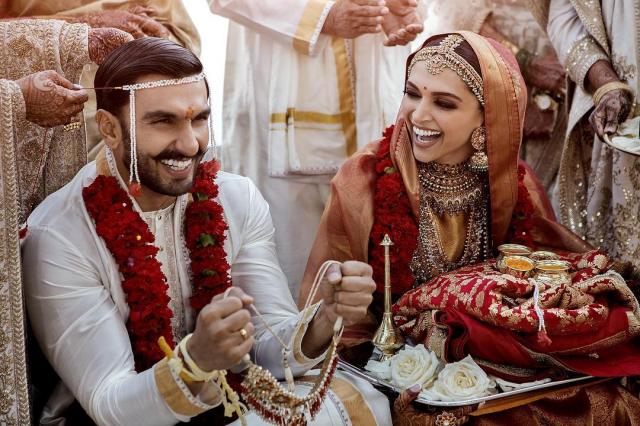 In a recent interview with Bollywood Bubble, the host recalled that in a previous interview with the media portal, Deepika had listed a few qualities that she did not like about her husband, Ranveer, which included poor time management and worst sleeping habits. Talking about the same, Ranveer was asked to point out some of Deepika’s flaws as a person. To which, the actor gave a sweet response which is too cute to handle. He said:

“Honestly, I can't think of anything about her that I can frankly criticise; touchwood is as perfect as she seems. She is, you know, perfect in almost every way; sure, she has her flaws as a person. Everybody is flawed, but she's suitable for the most part, and really, the complaining is hers to do. The changes that are to be made are mine to make uh yes, I do have poor sleeping habits, and my time management isn't the best, but I am making conscious efforts to improve on both counts."

In the same interview, the doting hubby was asked about his thoughts on Deepika facing sexism on a daily basis despite being one of the leading actresses in the industry. He said that social media plays a huge role in today's generation, and people cannot get away easily with anything. He recalled the famous #MeeToo movement and mentioned:

“We know that this is prevalent in society. But one needs to look at the upside, which is the fact that things are changing. You know how you have a situation in society where you have something like social media and stuff you can't get away with anything you know, and people will call you out, and it's a really good thing like I would say when was it 2017 if I'm not mistaken like the ‘me too’ movement was how was made possible through social media you know people connecting with each other sharing stories making public instances in where they've been wrong, so I think things are looking up you know we've come a long way as a society.”

Also Read: Bengali Television Actress, Pallabi Dey Was Found Dead In Her Flat At The Age Of 21 Earlier in a conversation with Pinkvilla, Ranveer Singh had shared that he has been surrounded by inspiring, strong and loving women since his childhood and throughout his life. From his dearest mommy, Anju Bhavnani, and his loving sister, Ritika Bhavnani, to his darling wifey, Deepika Padukone, the ladies of his life have been his loudest cheerleader. He also said that through his upcoming movie, Jayeshbhai Jordaar, he has tried to show gratitude to them. Expressing his love and respect, Ranveer had stated:

"Whatever I am today, I am because of the women in my life, I have been surrounded with very strong feminine forces and energies right from my childhood and throughout my life. I wouldn’t call them my support system; they are literally the centre of my universe."

For the uninitiated, in 2022, Deepika and Ranveer completed ten years of their togetherness, including their marital years.

Next Read: Ranveer Singh Reveals What He Calls His Wife, Deepika Padukone In Gujarati And It Is Hilarious