Until now, we all had proofs of how deeply Radhika Merchant is loved by the Ambanis. With this article, you will see how much the Merchants' too, love her 'beau', Anant Ambani. The Ambanis- we don’t need any adjectives to explain them for the very surname in itself is becoming an adjective! We had already read and known about how the terms ‘extravaganza’, ‘luxury’ and ‘Ambanis’ are almost synonymous to one another. However, it was only during the Ambani weddings that we got to know about this family of ‘Richie Rich’, up close and front. While star-studded pre-wedding, wedding and receptions going on for days definitely caught our fancy, but admit it or not, most of our eyes were on the ‘oh-so-gorgeous’, Radhika Merchant and her active participation as an ‘already’ Ambani! (Do Read: KL Rahul Breaks His Silence Over Dating Rumours With Alia Bhatt's BFF Akansha Ranjan)

Yes, you read that just right! If pictures and reports are to be believed, Radhika Merchant and Anant Ambani are dating. Be it any Ambani function or professional meets, Radhika is always seen at the forefront of every Ambani activity. In the similar lines, on August 12, 2019, the 42nd Annual General Meeting of Reliance Industries was held and the entire Ambani clan, consisting of the eldest Ambani, Kokilaben Ambani, Mukesh Ambani, Nita Ambani, Akash Ambani and Shloka Mehta, Anant Ambani and Radhika Merchant and Isha Ambani Piramal were present. We also caught another glimpse of some major jethani and ‘probable’ soon-to-be devrani, Shloka and Radhika bonding. Take a look at the same below:

This totally suggests how deeply Radhika Merchant is loved by the Ambanis’. Well, if you thought that this is a one-sided affair, you are totally wrong for Radhika’s beau, Anant is also equally adored by the Merchants! Why do we say so? We have a proof! A picture posted by one of Radhika’s fan pages had the beauty pose with her family, comprising of her younger sister, Anjali Merchant and her boyfriend, Anant Ambani. Radhika, as usual, looked pretty in an orange lehenga. Doesn’t the image speak volumes of ‘family love’? 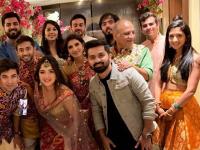 It was then that a single gesture of Nita Ambani had proved us all that she is the most amazing to-be mom-in-law (ready already) ever! At the airport, Nita was seen holding the hand of her youngest son, Anant’s muse, Radhika Merchant. The ‘probable’ sasu-maa and bahu jodi seemed to share a superb camaraderie as Nita’s extremely sweet gesture by putting Radhika in front of the limelight, rather than herself coming into it, had made us all blurt out a big loud ‘awww’! (Must Read: Ekta Kaul Keeps Her First Teej For Hubby, Sumeet Vyas, He Couldn't Stop Gushing Over His Lovely Wife)

A few unseen pictures of the rumoured soon-to-be choti bahu of the Ambanis, Radhika Merchant had emerged a while back, wherein she had looked ethereal in every single picture! Close-ups of Radhika in an all-decked-up avatar and her burning the dance floor at Akash Ambani and Shloka Mehta’s reception are something which gives us a clear picture as to who was the showstopper at the #AkuStoleTheShlo wedding! Here, checkout a few mesmerising pictures of Radhika Merchant: 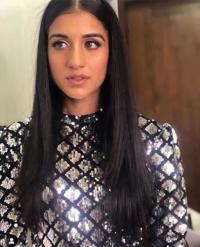 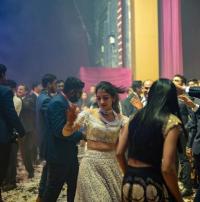 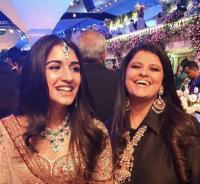 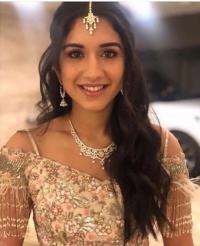 It was only a while back, when we had shared with you one of the highlights of the Ambani wedding. Newly-weds, Shloka Mehta and Akash Ambani had their fair amount of fun with the youngster lot post their star-studded wedding reception on March 11, 2019. And so, a one-of-a-kind video had emerged, wherein, Akash and Shloka seal their wedding with an ‘oh-so-romantic’ liplock as their friends cheered for them in the background. Post sharing their lovely moment, Akash and Shloka went on to cheer for chote bhai, Anant Ambani and Radhika Merchant to follow suit, which the latter desperately refused! Checkout a video of the same here:

Last year, a few lovey-dovey pictures of Anant Ambani and Radhika Merchant had gone viral on social media and in no time, rumours were afloat that the duo had gotten engaged. However, a Reliance spokesperson had refuted all such engagement rumours and had shared with the Business Today, “Anant Ambani is not engaged yet.” This is totally at par as Nita Ambani herself had spoken about and the freedom given to their children to choose their life partners in an interview. This is what she had shared, “Mukesh and I as parents have given our children the freedom to choose their life partners. When my son decides to get married, to whoever it is, we are going to welcome him and wish him all the happiness in the world.” (Also Read: Shahid Kapoor In 'Kabir Singh' Mode For Dinner Date With Mira Rajput Kapoor Who Arrived Separately)