KL Rahul has been away from controversies post his Koffee With Karan stint. However, the cricketer’s personal life has been the talk of the town. 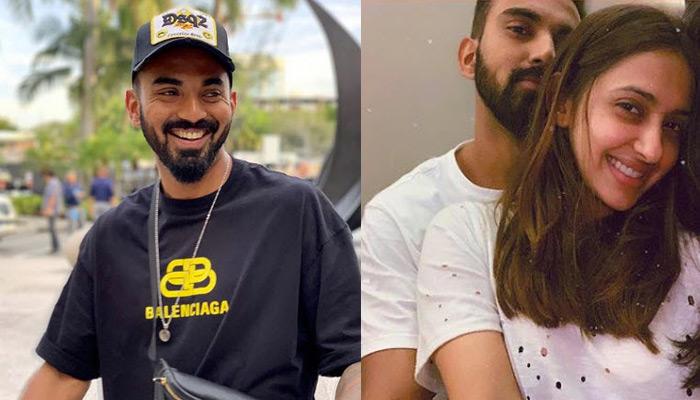 Love is in the air, or so it seems. Bollywood and cricket have always been close. A number of Bollywood stars are happily married to cricketers. Virat and Anushka, Yuvraj Singh and Hazel Keech, Harbhajan Singh and Geeta Basra are just a few examples. KL Rahul is one of the most eligible bachelors of the Indian cricket team. However, the cricketer is controversies' favorite child it seems. KL Rahul and Hardik Pandya have been in the controversies following their sexist and racists comments on a popular TV show, Koffee With Karan.

The last season of the popular TV show was aired on January 6, 2019. In the show, Hardik Pandya and KL Rahul talked about their relationships, crushes, favourite movies, actors and actresses. While Rahul kept a good head on his shoulders and chose his words very carefully while replying to Karan Johar's questions throughout the show, it was Hardik Pandya who had boasted about hooking up with multiple women and even spoke about how open he is with his parents. (Suggested Read: Tere Sheher Mein's Hiba Nawab Clarifies Her Relationship Status With Qubool Hai's Rohan Gandotra)

The love affair between the worlds of Bollywood and Cricket goes back a long way. From Mansoor Ali Khan Pataudi, Virat Kohli to Yuvraj Singh, innumerable cricketers have been bowled over by Bollywood beauties, and it looks like KL Rahul is the latest to join the bandwagon. His name has been linked up with Bollywood actresses over the past year and one amongst them is Alia Bhatt’s BFF Akansha Ranjan Kapoor. There were media reports that Akansha was set to travel to England and Wales during the 2019 World Cup to cheer Team India and her boyfriend. While that didn’t happen, she had kept a tab on Rahul’s performance and interestingly, had posted the cricketer’s picture on her Instagram story as well. (Recommended Read: Shahid Kapoor In 'Kabir Singh' Mode For Dinner Date With Mira Rajput Kapoor Who Arrived Separately) 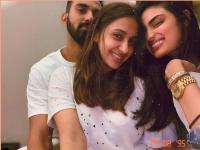 Several reports over the past few months have been suggesting that the Indian cricketer is in a relationship with a starlet. Amidst these reports, the cricketer addressed his relationship status in an interview with the Bombay Times and said that he had no idea about the reports being written about his relationship. The cricketer said, “Oh, all these things have been written about? I don’t really read the papers, so I don’t know what has been written about me. I have learnt to keep my personal life personal and not make it a thing to talk about. I am committed to cricket right now." He commented on his relationship status and said, "I don’t really know. When I figure that out, I will give you a call and tell you."

If the latest reports are to be believed, Akansha has been spending a lot of her time with the cricketer and they have been spotted together on various occasions, from dinner dates, movies to house parties. Recently, when he was in Mumbai, the duo was praying together at the Mount Mary Church. 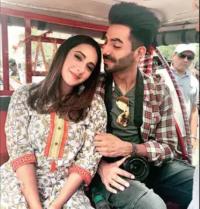 25-year-old, Akansha is a popular Instagram user with 330K followers. She had recently made her debut in the industry when she was featured in Ankit Tiwari’s music video Tere Do Naina opposite Aparshakti Khurana (Ayushmann Khurana’s brother). Akansha recently introduced Rahul to the Gully Boy star Alia Bhatt and her beau Ranbir Kapoor. Alia’s bestie, Akansha, has been one of the active users of social media platforms. Akansha also posted several pictures with her bestie at vacations and parties. (Must Read: Katrina Kaif, Boney Kapoor Sizzle As They Attend Raakhee Punjabi's Son's Grey-Themed Reception)

Alia was the first to know that Akansha had gone head-over-heels for Rahul. The couple had earlier met at Alia’s house for dinner and drinks. As per the reports by SpotboyE, Rahul and Akansha’s relationship is going along smoothly and it is to be seen whether the couple can survive the test of time.

Love is in the air. What do you guys think?