If reports are to be believed, the new 'IT' couple of B-town is none other than 'Veere Ki Wedding' co-stars, Pulkit Samrat and Kriti Kharbanda. Their chemistry has become the talk of the town. 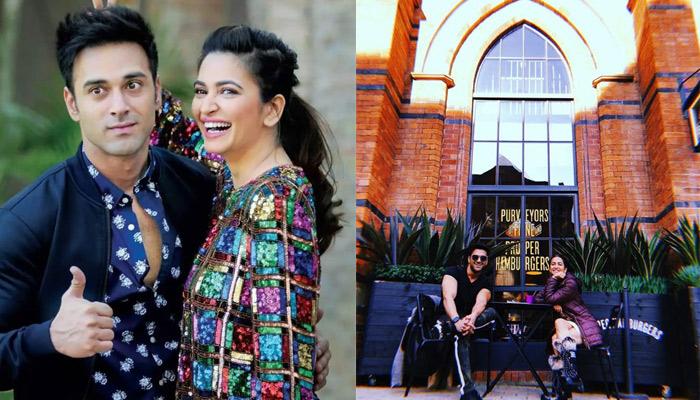 Fukrey star, Pulkit Samrat’s personal life has always been in the headlines for his linkup rumours. Pulkit had made his debut on the big screen with the movie, Fukrey in 2013 and was considered as the next chocolate boy of Bollywood. But, more than his professional life, which has its own share of ups and downs, it is his personal life in which his fans are interested. After his rumoured relationship with Yami Gautam, Pulkit is now speculated to be dating his Pagalpanti co-star, Kriti Kharbanda.

Pulkit and Kriti had first met on the sets of the movie, Veere Ki Wedding and they became friends during the shoot of the movie. Soon after their movie, the rumours of them dating started to fill the gossip columns. The duo was recently shooting for their upcoming movie, Pagalpanti along with John Abraham, Ileana D’cruz, Urvashi Rautela, Anil Kapoor and Arshad Warsi. Kriti and Pulkit were first spotted together on a casual outing at actor, Varun Sharma’s birthday bash. (Recommended Read: Dipika Kakkar Ibrahim Spent A Day Well With Her Hubby Shoaib Ibrahim, Amid Hectic Shooting Schedule) 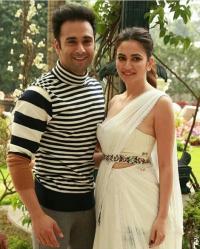 If rumours are to be believed, Pulkit and Kriti have been dating for over 6 months now and are head-over-heels in love with each other. Though the couple has not made anything official as of now, it is their inevitable chemistry which sparked the rumours. They don’t leave a chance to spend some quality time together. And if we believe the rumours, Kriti had earlier surprised Pulkit on his birthday by visiting him in Chennai, where the latter was shooting. 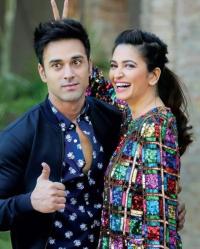 Recently, a source close to Pulkit and Kriti has informed Mumbai Mirror that the duo grew closer during the shooting of the movie, Pagalpanti in the UK early this year. The source was quoted as saying, “Kriti and Pulkit would hang out a lot together during the 58-day schedule of the film in London. They live in the same residential complex. She was charmed by his small but thoughtful gestures."

Pulkit Samrat and Kriti Kharbanda are taking care of each other and never leave a chance to pamper one another. The source has also revealed that Pulkit has now become a fan of South Indian food as Kriti too is a fan of South Indian delicacies. Apparently, she often sends homemade dishes for Pulkit on the sets. On the other hand, Pulkit also leaves no stone unturned to pamper his rumoured ladylove, Kriti. The source also revealed that Pulkit makes sure that he sends chocolates or flowers to Kriti’s makeup room before she turns up for the shoot. Isn’t that adorable? (Suggested Read: Sanaya Irani Turns A Year Older, Husband, Mohit Sehgal Shares A Cute Birthday Wish For Her)

The source told the Mumbai Mirror, “They have been offered some more projects together too and are presently shooting for a song for Pagalpanti in Mumbai. Whenever they are shooting together, Pulkit always makes sure to send chocolates or flowers over to Kriti’s makeup room before she has turned up at work.” According to an entertainment portal, Kriti Kharbanda had shifted to the same building, where Pulkit Samrat stays. Kriti, who was first residing in Tarapore Towers, had shifted to Goregaon in the same building where Pulkit resides. Pulkit lives on the 17th floor, and now Kriti is on the 9th floor.

Pulkit was earlier married to Salman Khan’s Rakhi sister, Shweta Rohira. As per Shweta, the reason behind their bitter breakup was his closeness with his co-star, Yami Gautam. Shweta even went ahead and had called Yami a ‘home-breaker’. In a throwback interview with SpotboyE, Shweta had revealed, “I was living in an illusion. I trusted Pulkit. The film industry is a very small world. I get to know things about him even if I don't want to. Yami was the smoke that led to whatever happened between Pulkit and me. She is a home-breaker. Pulkit has always led a dual life for some reason. He did not declare me as his wife for the longest time, and now he is saying that he is not dating Yami. It's time he becomes transparent. All said and done, my marriage with Pulkit was a mistake and I have learnt the lesson the hard way.” 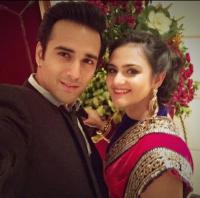 After Pulkit’s divorce with Shweta, he was allegedly dating his Sanam Re co-star, Yami Gautam. But their alleged relationship didn’t last long and the two soon unfollowed each other on social media. After linkup rumours with his co-stars, Yami and Kriti, Pulkit had talked about the same in an interview with DNA. He had revealed, “Yami ke saath, Kriti ke saath... I don’t pay too much heed to these kinds of articles. They are part and parcel of the business. My affair is with one person — Varun Sharma. Nobody is writing about it — I’ve done two films with him! My focus is only on work. I would rather be written about for that.” (Must Read: Katrina Kaif Reacts On Rumours Of Her And Ranbir Kapoor Shooting Separately For The Latest Ad)

What do you guys have to say about the new 'IT' couple of B-town? Keep us posted. 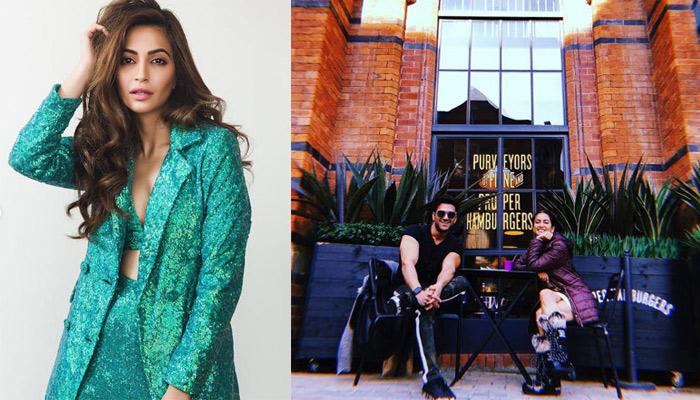 Love is a special feeling and makes you want to do everything special for your partner. The unexplainable bond that you share with your love, the precious moments spent with them, memories that you create, everything becomes special and dear to your heart. Falling in love and finding your perfect match