Even a mild television bluff would tell you that the most memorable telly land wedding happened a couple of days ago. Yes, we are talking about former Bigg Boss contestants Prince Narula and Yuvika Chaudhary who became each other’s forever on October 12, 2018. A wedding is the most emotional moment in any person’s life and only they know what they feel during the auspicious moments like taking the saat pheras, the groom tying mangalsutra around bride’s neck and putting sindoor on her forehead. (Also Read: This Video From Prince Narula And Yuvika Chaudhary's Wedding Will Remind You Of Virat And Anushka)

Naturally, with such an overflow of emotions, hearts brim with happiness and eyes get teary with peals of bliss. And you can only imagine, when it’s a love marriage, the moment for which both the boy and girl have waited for years arrives, then there is no reason on earth which could reduce the sheer joy and happiness. Something similar happened at Prince Narula and Yuvika Chaudhary’s wedding when they were on-stage or at the mandap. As shared by their official wedding photographers, Epic Stories, Prince and Yuvika were seen smiling and talking to each other throughout their wedding functions not just because they were happy, but also because of a bet! Yes, a bet! Prince and Yuvika had a bet that they wouldn’t cry till the end. Epic Stories shared the following picture from their phere, and revealed the bet through this caption, “SECRET IS OUT! What’s the story behind both of them looking at each other and smiling? We heard prince speaking to Yuvika on the phone about how they’re gonna react to phere and Vidai. They had a bet they won’t cry until the end. So every time they looked at each other, they shared a little conversation with eyes. Or maybe it was just a disguise trying to control the tears. Well played @princenarula @yuvikachaudhary”. 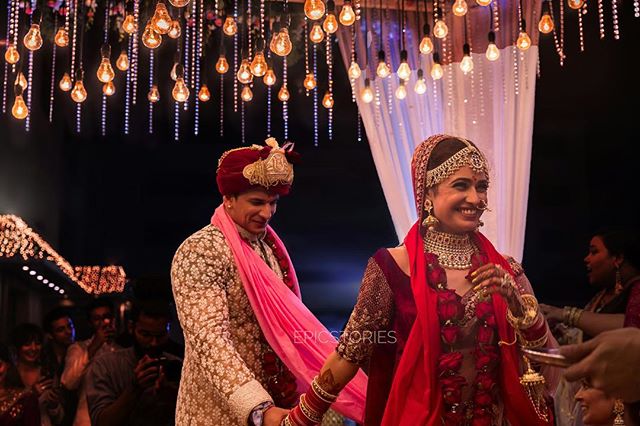 Wow! This is what happens in a love marriage. Bets and funs are planned beforehand, and a wedding which would anyway have been fun, becomes extraordinary for the groom and bride. Epic Stories have been regularly posting pictures and videos from Prince and Yuvika’s wedding.  (You May Like: Priyank Sharma Bumped Into Ex Divya Agarwal Who Arrived At Prince-Yuvika's Sangeet With Varun Sood) 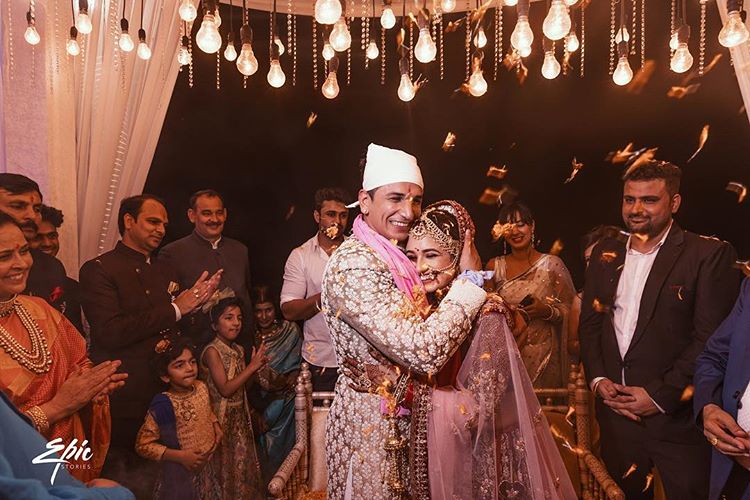 In fact, before Privika’s wedding, the official photographers, in yet another post, had shared a beautiful caption which could be read as, “We hope you look back after many years and say with a smile “hey, we’re still the same. @princenarula & @yuvikachaudhary are getting married today. We’re as excited as last two days. But it’s different this time. Today we’ll be witnessing a emotional wave with our lenses right from the evening fun till midnight’s emotional hugs. We’ll try our best to put stories before anyone does”. 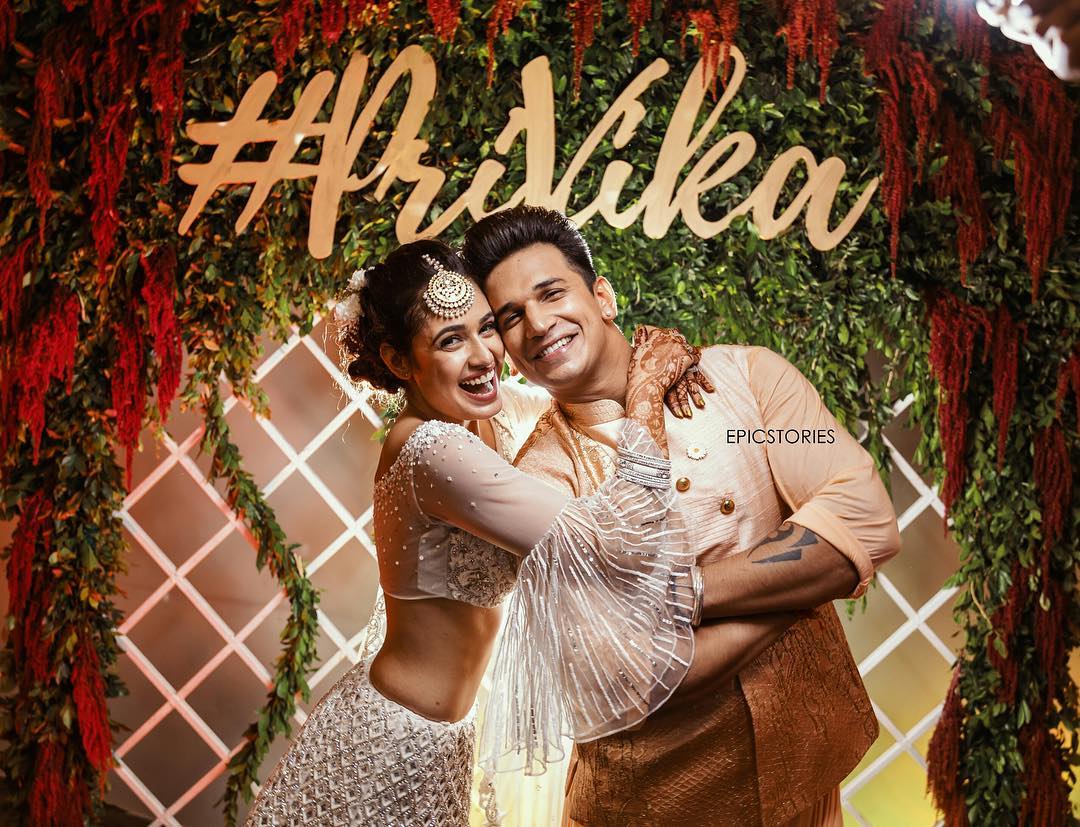 Coming back to Prince and Yuvika, about their bet planned before the wedding, it reminds us of Yuvika’s statement to a media house wherein she had talked about pre-wedding jitters. She was quoted as saying, “Yes, of course, I have jitters, and this is a different stage of my life. When the marriage date comes close, you have jitters and excitement both. It's a different life altogether. The beauty of our culture is that a girl has to leave her home. I have been living with my family so yes it's a big change for me”. (Don't Miss: Vikas Bahl's Ex-Wife Lashes Out At Kangana Ranaut For Misusing #Metoo Rage, She Gives An Epic Reply)

Well, may Prince and Yuvika remain eternally blissful. Now, we can’t wait to catch the first glimpse of their honeymoon pictures.