They met in 2015 inside the Bigg Boss 9 house, and today they are husband and wife to each other. Who would have thought that lovebirds on a reality show, would one day, end up being life partners? Yes, we are talking about Prince Narula and Yuvika Chaudhary who got married on October 12, 2018, at the famous Sun n Sand hotel in Juhu, Mumbai. (Also Read: Prince Narula And Yuvika Chaudhary Controlled Their Tears During Wedding Because Of This Bet)

In a star-studded night where who’s who of telly land and tinsel town graced the occasion, Prince and Yuvika became each other’s forever. Some of the well-known names included Rannvijay Singha, Karan Kundra, Shibani Dandekar, Suniel Shetty, Priyank Sharma, Vikas Gupta, and many others. All this while, you might have been glued to the social media for pics and videos of the wedding, and today, we have brought to you some unseen pictures and video from Prince Narula and Yuvika Chaudhary’s wedding. The first lot of such moments have been shared by the wedding photographer, Deepika Deep Clicks. Take a look: 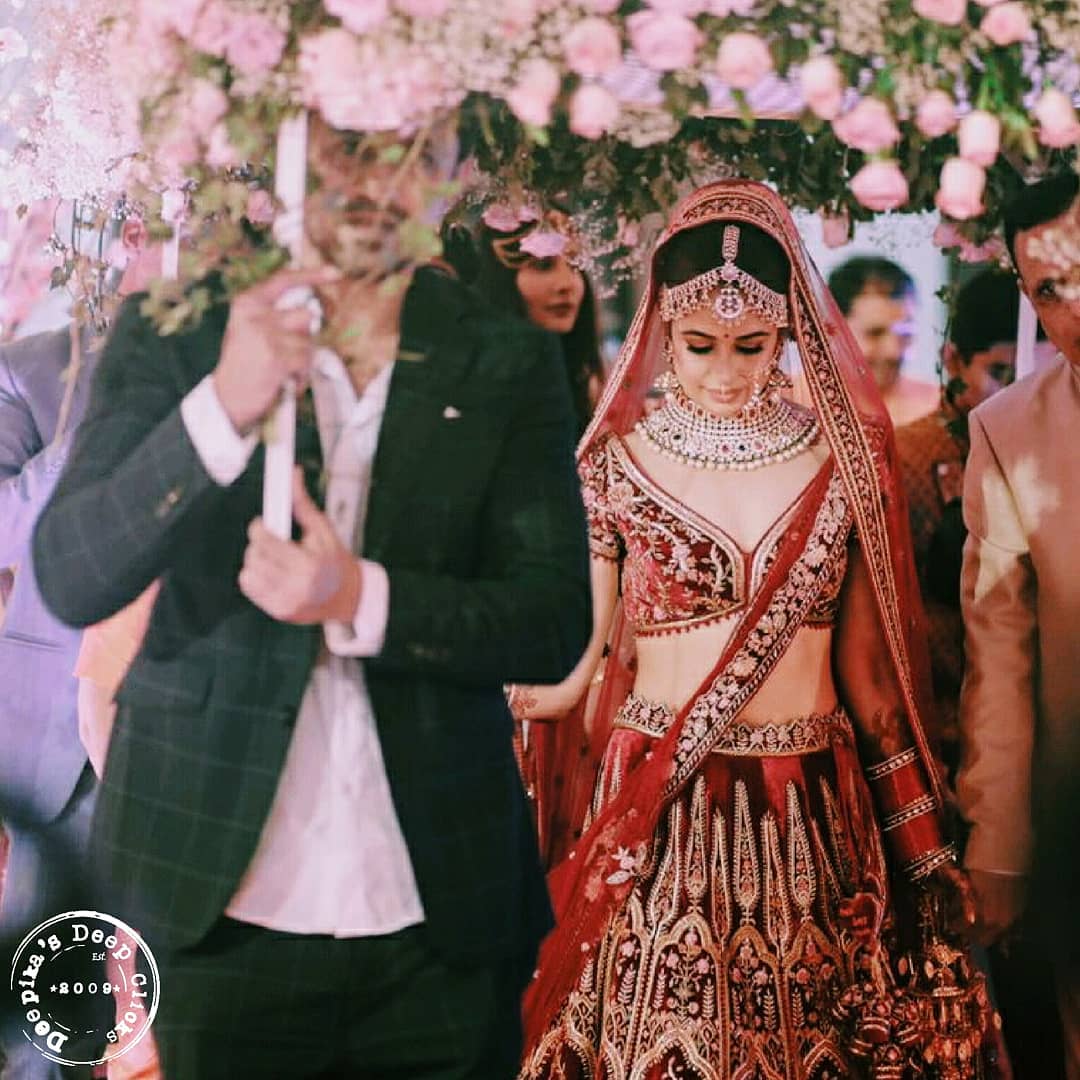 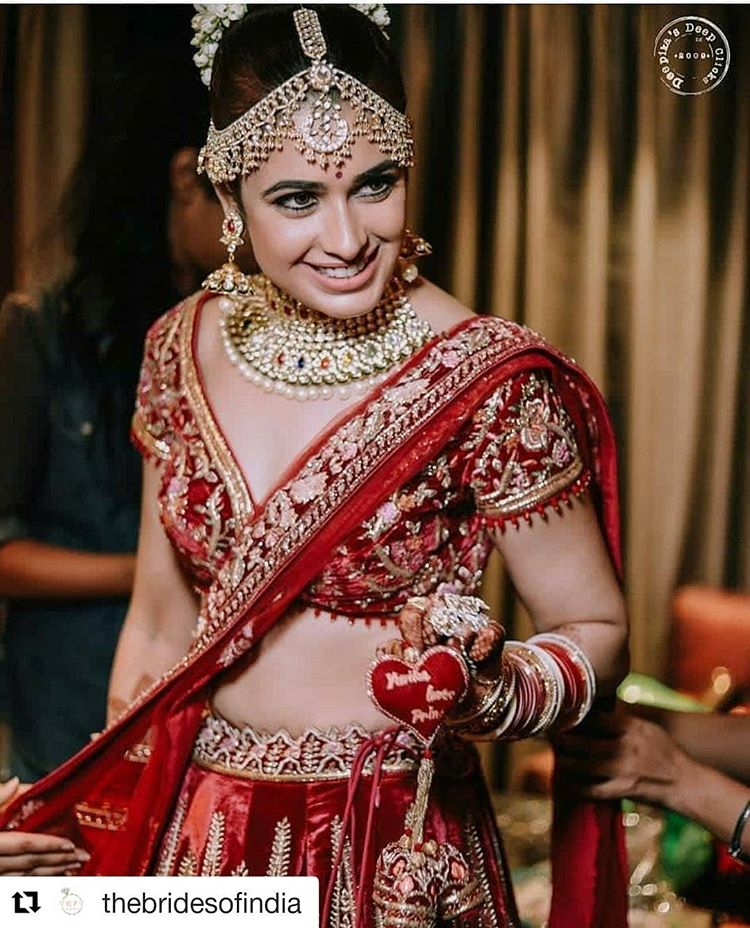 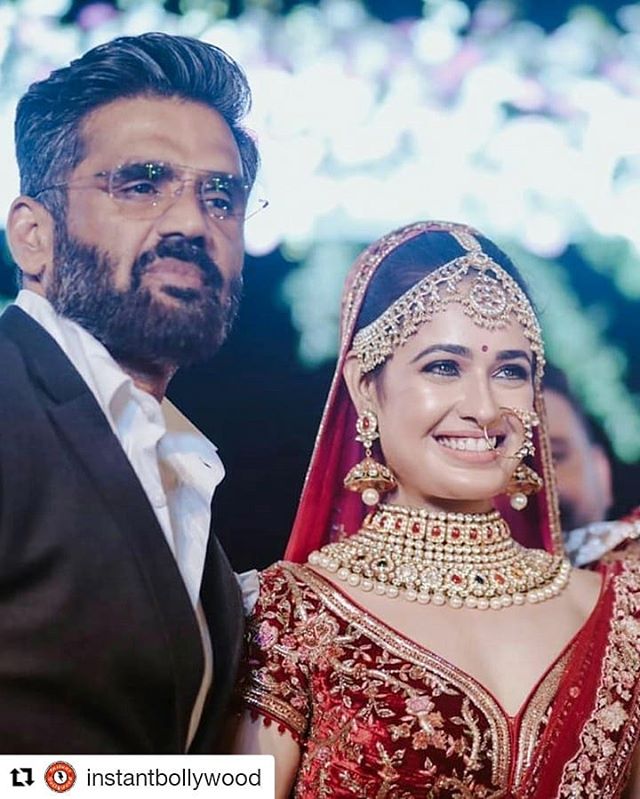 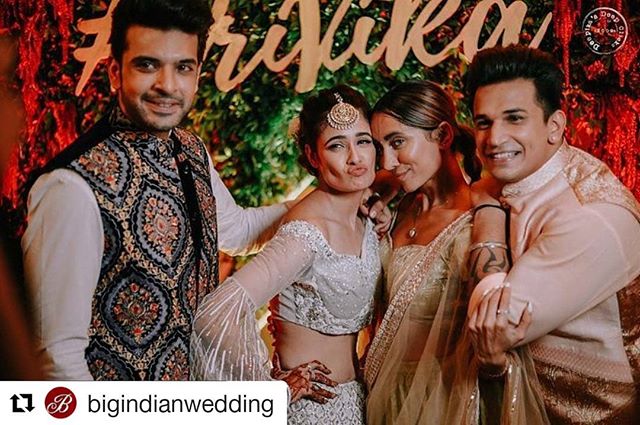 Now, we have another lot, the one shared by Prince and Yuvika’s official wedding photographer, Epic Stories. The latest among the pictures is the gorgeous bride, Yuvika Chaudhary’s pic in which she is looking stunning in her wedding lehenga. The photographer beautifully captioned the pic as, “How can we miss to post the bridal portrait! It's been 24 hours since we last posted. There is so much to share with you guys, we are literally confused about what to share and what not. When you have @yuvikachaudhary as your bride it's unfair to post just one, we ourselves are busy gushing over a lot of amazing ones. Stay Tuned. A lot more to take the internet by storm”. Take a look: And then the following video, which was captioned as, “This little film will speak itself @princenarula weds @yuvikachaudhary #privika #privikakishaadi”: 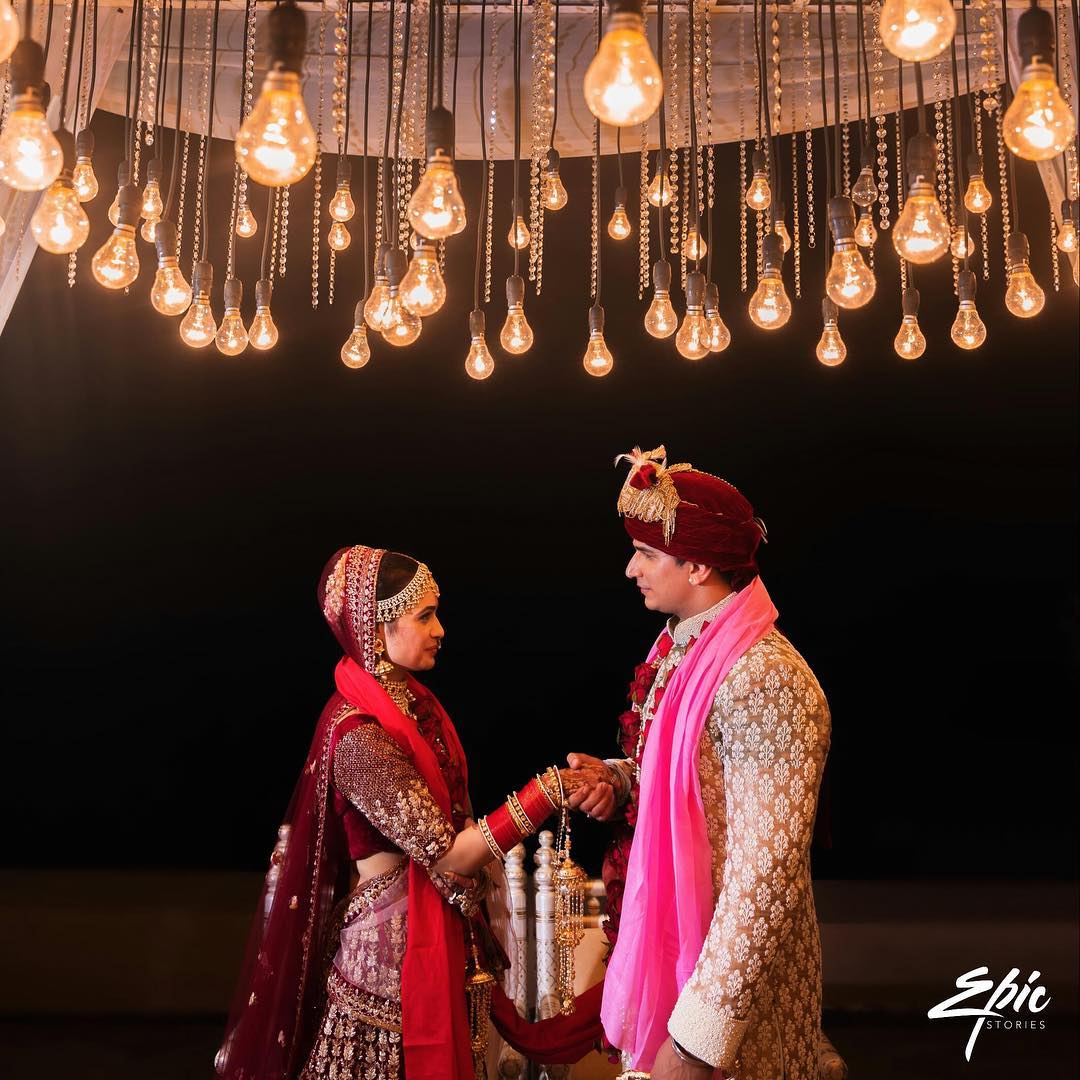 The most interesting of all is the following capture and do not forget to read the caption entirely which goes, “SECRET IS OUT! What’s the story behind both of them looking at each other and smiling? We heard prince speaking to Yuvika on the phone about how they’re gonna react to phere and Vidai. They had a bet they won’t cry until the end. So every time they looked at each other, they shared a little conversation with eyes. Or maybe it was just a disguise trying to control the tears. Well played @princenarula @yuvikachaudhary”. (You May Like: TV Couple Neel Motwani And Vindhya Tiwari Are Getting Married Soon, Details Inside) 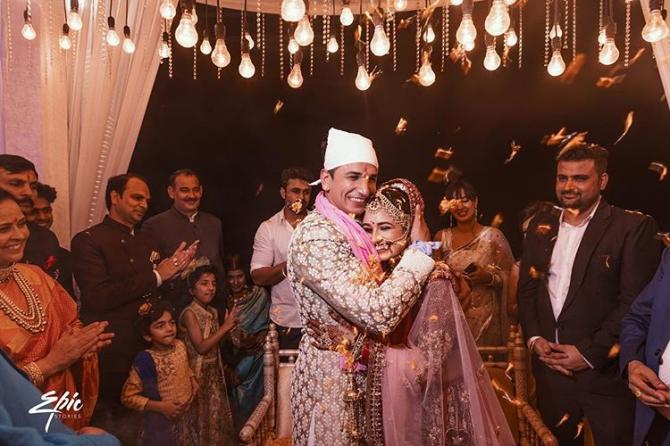 And another one, where the bride is all set to embrace her new life, and beautifully worded as, “Here is @PrinceNarula welcoming @YuvikaChaudhary into the Punjabi life. Because there ain't no life like Punjabi life!” So, these were the unseen pictures and video from Prince Narula and Yuvika Chaudhary’s wedding. Earlier, talking to a media portal, Yuvika had shared how she felt nervous and was going through the pre-wedding jitters. She was quoted as saying, “Yes, of course, I have jitters, and this is a different stage of my life. When the marriage date comes close, you have jitters and excitement both. It's a different life altogether. The beauty of our culture is that a girl has to leave her home. I have been living with my family so yes it's a big change for me”. (Suggested Read: Brent Goble Talks About His Love Story With Aashka Goradia, His Parents Had Asked Him To Be Cautious)

Readers, how did you like the unseen pictures and video from Prince Narula and Yuvika Chaudhary’s wedding? Do let us know in the comments section below.