It is every girl’s wish to get married to the ’man of her dreams’. A man who can fight for her, protect her, stand up for her when the world is against her, look at her like she’s the most beautiful girl in this world, kiss her forehead every now and then, and make her feel like a princess. Phew! Looks like a lot of demands, right? But for two people in love, the aforementioned criteria will not be a task at all! (Also Read: Vikas Bahl's Ex-Wife Lashes Out At Kangana Ranaut For Misusing #Metoo Rage, She Gives An Epic Reply)

Giving the world some serious relationship goals, Prince Narula and Yuvika Chaudhary’s love story stands by every point, mentioned in the previous paragraph. Privika (as their fans fondly call them), became each other’s forever on October 12, 2018, in a star-studded wedding. Who’s who of the telly world and Bollywood, attended the couple’s wedding. Looking at their wedding pictures, there are no two ways about the fact that both looked like a pair made in heaven! 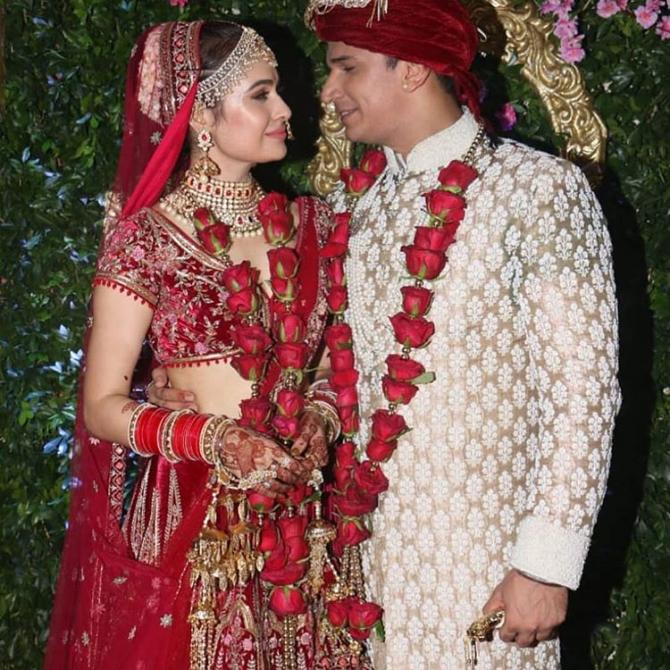 While fans are the most excited to see their favourite celebrity couple in their wedding avatar, it is the post-wedding look, rituals and activities that one really looks forward to. And Prince surely knows how to win the heart of his fans! In his Instagram stories, the newbie dulha took to Instagram and posted a few stories of Yuvika in her post-wedding attire, playing fun games with the family! Yes, adorned in a lemon-yellow, green and golden-coloured churidar, Yuvika looked heavenly. Don’t forget to notice her neatly tied bun with white roses. Check out the pictures and videos: 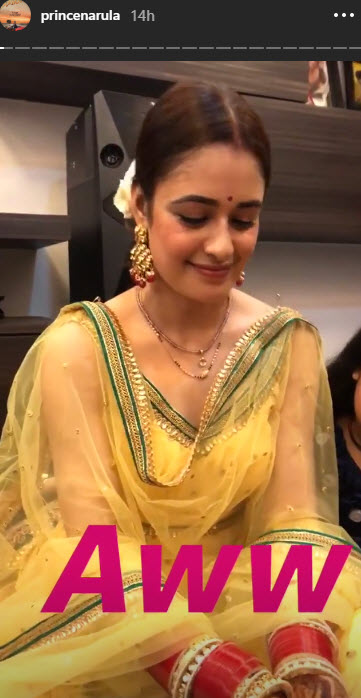 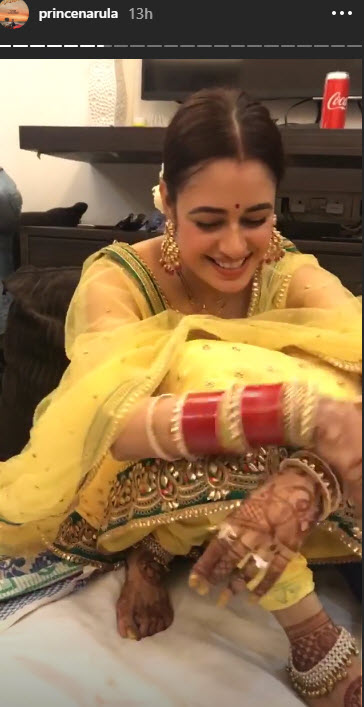 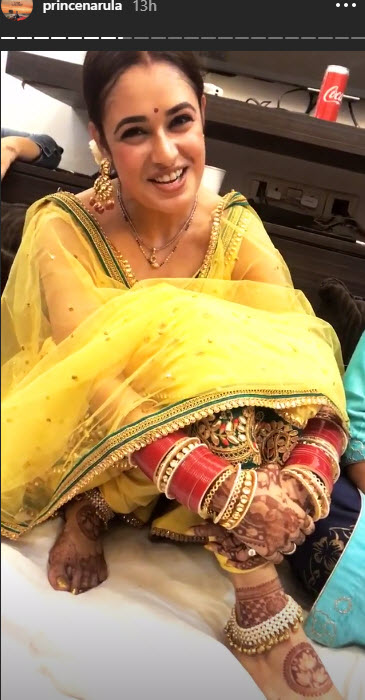 Shortly after the wedding, the couple’s cupid, Vikas Gupta took to Instagram and posted a heartfelt video of Prince and Yuvika’s cake cutting ceremony, which they sealed with a cute kiss on the lips. Sharing the video, Vikas captioned it as, “And it is official Mr & Mrs Narula. Congratulations. May this love makes you both stronger with each passing day #FirstKiss as #husbandandwife #privika #stayblessed P.S., there are benefits of being the last guest. You get to witness the love and understand what a groom and bride feel when they finally get married and all the guests go away and they advise you to get hitched.” Here’s the video: 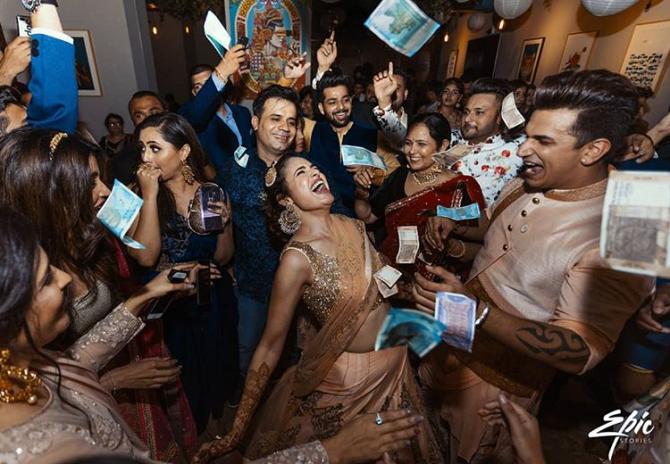 When Prince and Yuvika made their relationship official, this is what the Badho Bahu star had shared with Times Now, “I had done few reality shows before I met Yuvika and have heard people say that couples on reality shows do not work. But if your love is true then your relationship will work and you can spend the rest of your life with her." He further added, "Like I did. I told myself that whatever I do, I am not going to leave her." 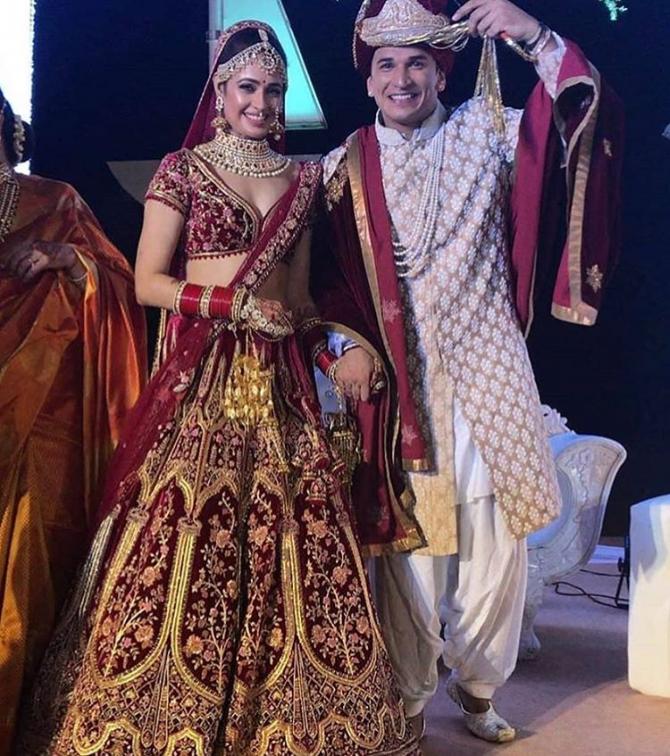 Yuvika too, spoke her heart out about the same and stated, “First of all, when we came out of the house, we were friends. And in the house, Prince had some hope but when I didn't respond, he thought that I have some issues with him and I will never say yes. He was sure from day one and I, like any other girl, was taking time. I was never in that frame of mind - the first date and then I will see. I was scared that whether I should take a step ahead or not. It was his love and faith that changed me. I am a very practical person, he is someone who thinks from his heart - whatever he says he does that.” And he exactly the same! (You May Like: Prince And Yuvika Met Due To This Famous Person, But He Was The Last Guest To Attend Their Wedding)

Prince and Yuvika, tones of happiness and love to you for embarking a whole new chapter in life!