Celeb marriages are always exciting and we can never keep calm from the day they announce their D-dates to the auspicious moment when they tie the nuptial knot. And one such celeb couple, Prince Yuvika Narula and Yuvika Chaudhary will soon become husband and wife to each other. Yes, their fans know that on October 12, 2018, they will tie the nuptial knot at the famous Sun n Sand hotel in Juhu, Mumbai.  (Also Read: Yuvika Chaudhary And Prince Narula Wedding: A Famous Designer Will Design Her Bridal Lehenga)

And, with less than 10 days left for their marriage, we bring to you Prince Narula and Yuvika Chaudhary’s pre-wedding shoot pictures. Prince shared the following pictures and captioned these as, "With life @yuvikachaudhary thanku @epicstories.in for this amazing clicks @anchaviyo thanku Ye jagha bht beautiful hai". Take a look:

Prince Narula Talks About His Wedding With Yuvika Chaudhary, Dismisses Break Up Rumours Yuvika also took to her Instagram handle and shared the following pic from the pre-wedding shoot. Clad in a white dress, she looked like a princess: 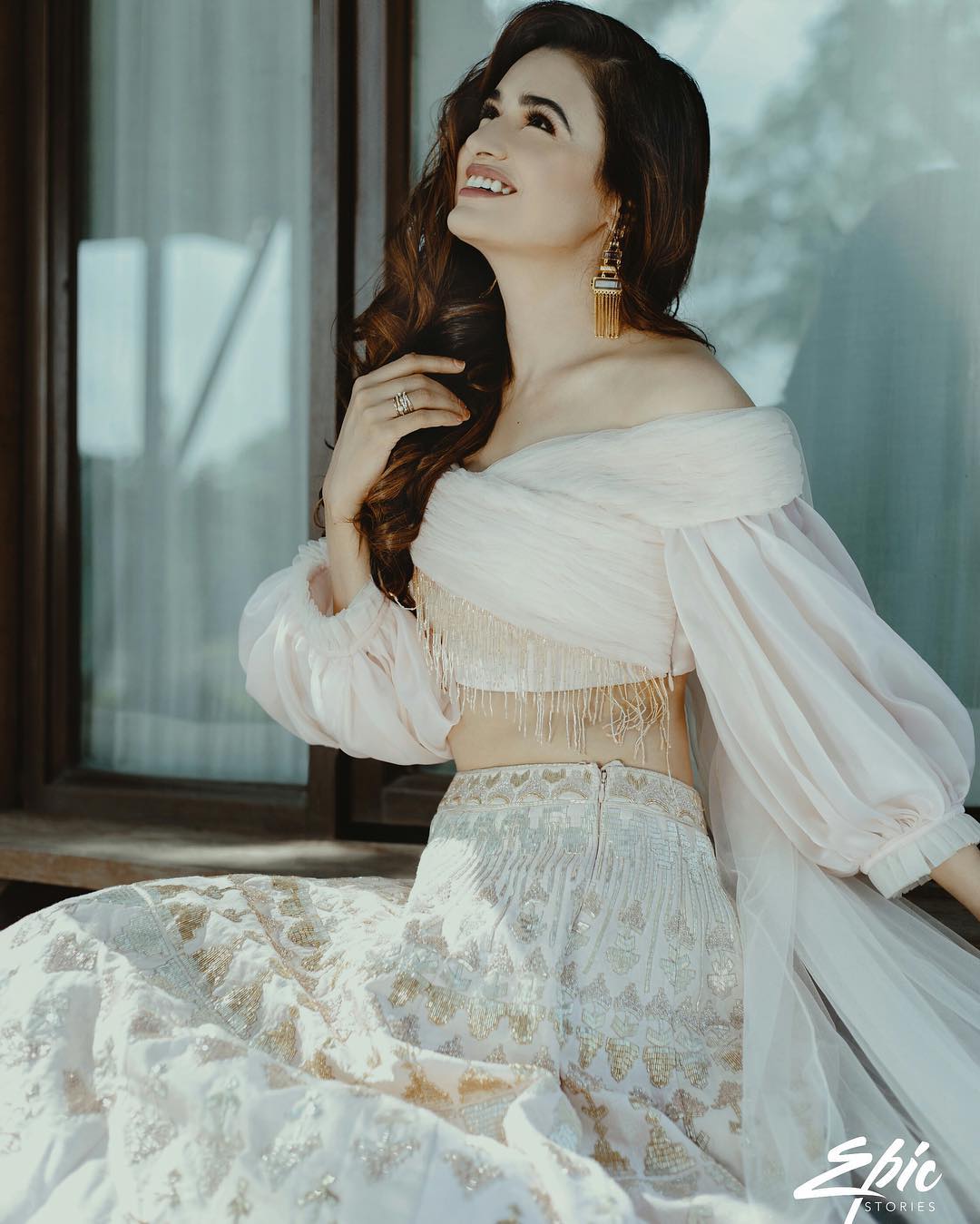 In another pic, shared by WeddingSutra, Prince and Yuvika are looking like prince and princess. Check it out: 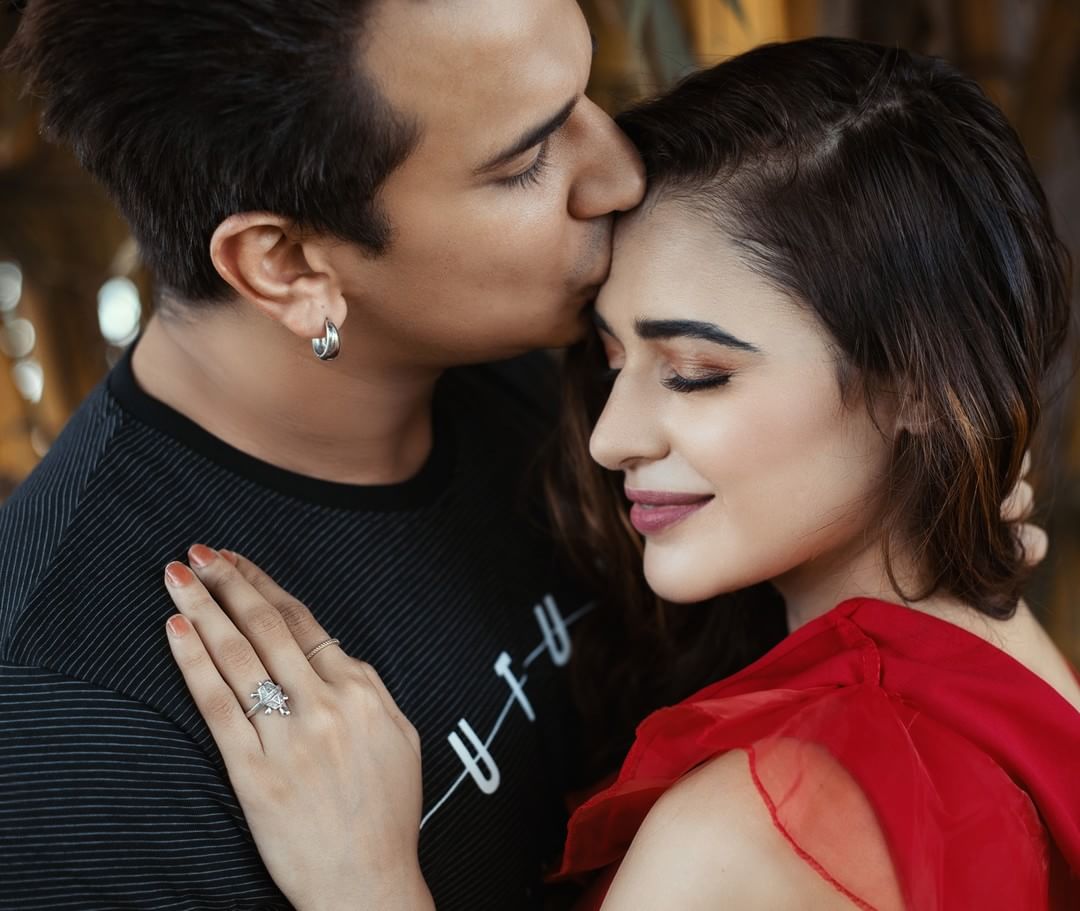 Recently, we also exclusively brought to you the story of their wedding card. Designed by Alokik Exclusive, the wedding card has the perfect portmanteau name for the couple, which is- Privika. Full of colours, ranging from blue to golden, it’s unique in every way. 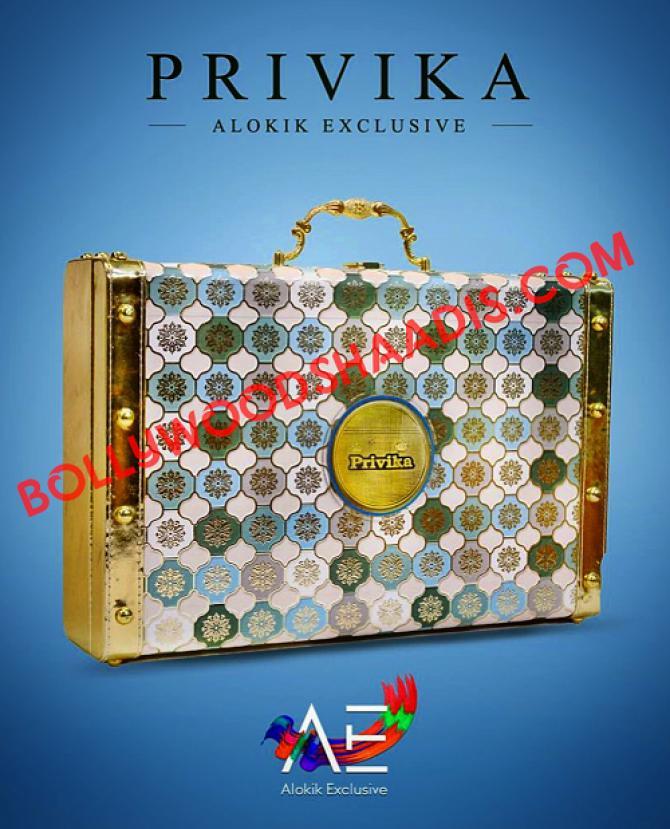 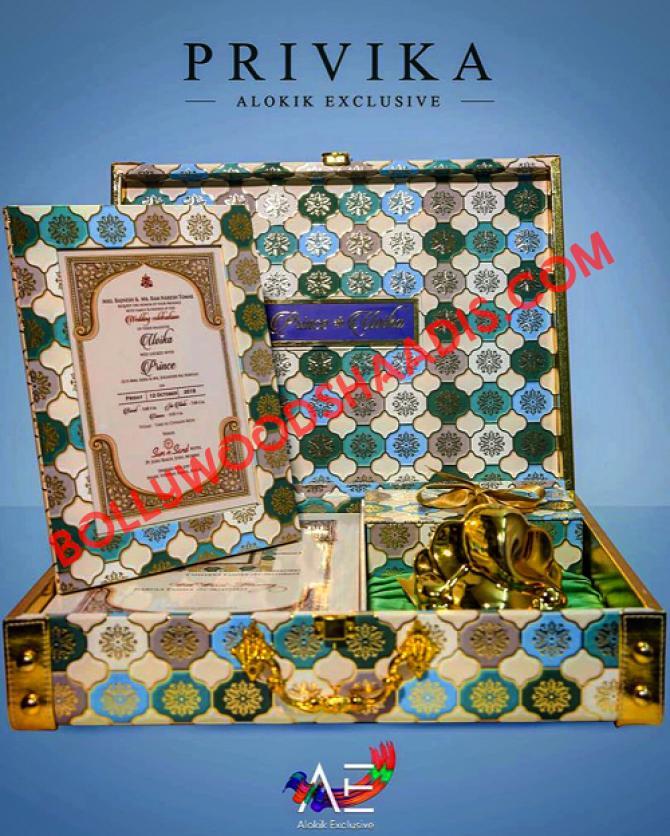 On September 23, 2018, Prince and Yuvika went down to the famous Andheri pandal where the Ganesh Chaturthi celebrations were going on, to present their wedding invitation card to Lord Ganesha as per the Hindu ritual.

Earlier, Yuvika had confirmed her wedding with Prince by saying to a media house, “I am getting married this year that everyone knows and well, yes the preparations are on. There are a few options of the date and I will tell you as soon as it's confirmed. I would love to announce it”. In a recent interview with The Times of India, Yuvika had opened up about their love story and was quoted as saying, “We were strangers inside the Bigg Boss house. While Prince developed a strong liking for me in the beginning of our stay, I wanted to take some time. We fell in love much after the show ended. I even told him inside the house that if he is trying to be pally with me for the ratings, I am the wrong girl”. (You May Like: Abhinav Kohli Gave Birthday Surprise To Shweta Tiwari, But According To Palak, She Wasn't Impressed) 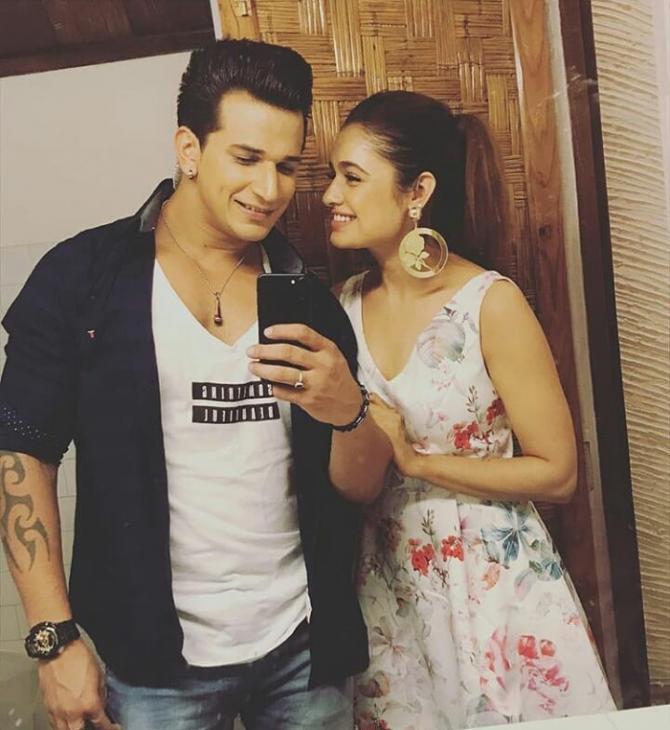 She further added, “However, his feelings were genuine. He would often tell me that I should talk more, as he feared that I wouldn’t last for long on the show (laughs!). We are one of those few jodis whose love blossomed on the reality show. In fact, I was all set to fly off to New York for a course and changed my plans just a day prior to entering the house. Also, I had been declining their offer almost every season. I was taken by surprise when his mother came to my family with his rishta when he was still inside the house. So, in a way, Prince and I were destined to be together. I tell him jokingly that he came to Mumbai for me”. 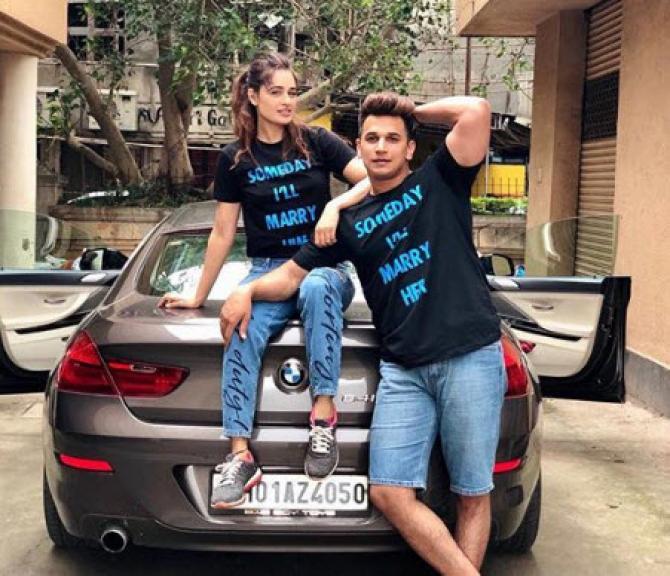 In another interview, when Yuvika was asked if she is having pre-wedding jitters, she had replied, “Yes, of course, I have jitters, and this is a different stage of my life. When the marriage date comes close, you have jitters and excitement both. It's a different life altogether. The beauty of our culture is that a girl has to leave her home. I have been living with my family so yes it's a big change for me”.’ She further continued, “When I am roaming around with Prince, I have to come back home as there are certain rules and I really love that. I know I am getting married soon and, in this time, you get more close to your family. The feeling of getting married is beautiful but you do have jitters”. (Suggested Read: 'Baaghi 2' Co-Stars Tiger Shroff And Girlfriend Disha Patani Break All Ties, Reason Revealed Inside)

Guys, we can’t keep calm until October 12, 2018, right? How did you like Prince Narula and Yuvika Chaudhary’s pre-wedding shoot pictures? Let us know in the comments section below. 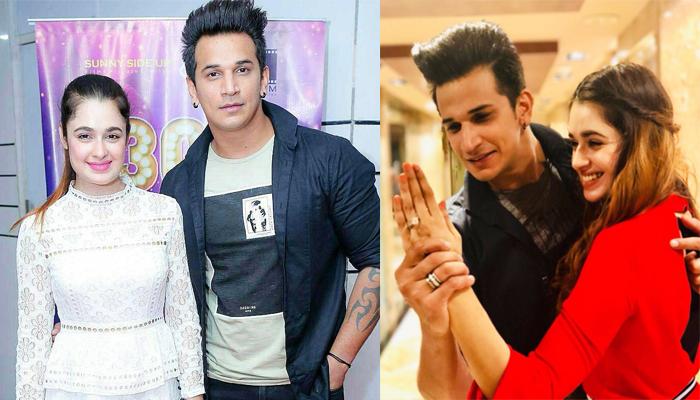 Tinsel town’s most awaited wedding of 2018 is barely a week away now. Yes, we are talking about Prince Narula and Yuvika Chaudhary who are all set to get married on October 12, 2018, at the famous Sun n Sand hotel in Juhu, Mumbai. After their wedding invitation card and

Prince Narula Talks About His Wedding With Yuvika Chaudhary, Dismisses Break Up Rumours