Television's cuties and everyone's favourite, Bigg Boss couple, Prince Narula and Yuvika Chuahdary walked down the aisle on October 12, 2018. Their wedding kick-started on October 10, 2018, with havan, mehendi and engagement ceremonies. With millions of fan following, Prince and Yuvika's wedding was a superhit event so much so thst it trended on social media like crazy. And now, today on October 21, 2018, Prince and Yuvika are enjoying their edding reception at The Grandeur Lawn And Banquets, Zirakpur, Chandigarh. (You May Also Like: Before Getting Engaged, Prince Narula And Yuvika Chaudhary Had A Terrible Fight)

Before jumping onto their wedding reception looks, let us  share with you how the loveirds made their relationship official. Announcing their union, Yuvika and Prince shared lovely picture wherein they could be seen flauntng their rings. Yuvika captioned the snap as, “Can’t believe this just happened love u beba #forlife thank u for asking me .. for holding my hand.. for believing in us.. for being my partner for forever n beyond.... cheers to US.... to new beginnings.. n to a lifetime of love n memories..Forever yours.. always.” On the other hand, Prince wrote, “me that u said yes to me n u r my mine forever nw lovers for life #engaged and yes one one thing mehndi laga k rakhna doli saja k rakhna lene tujhe a gori aye ga Tera prince.” 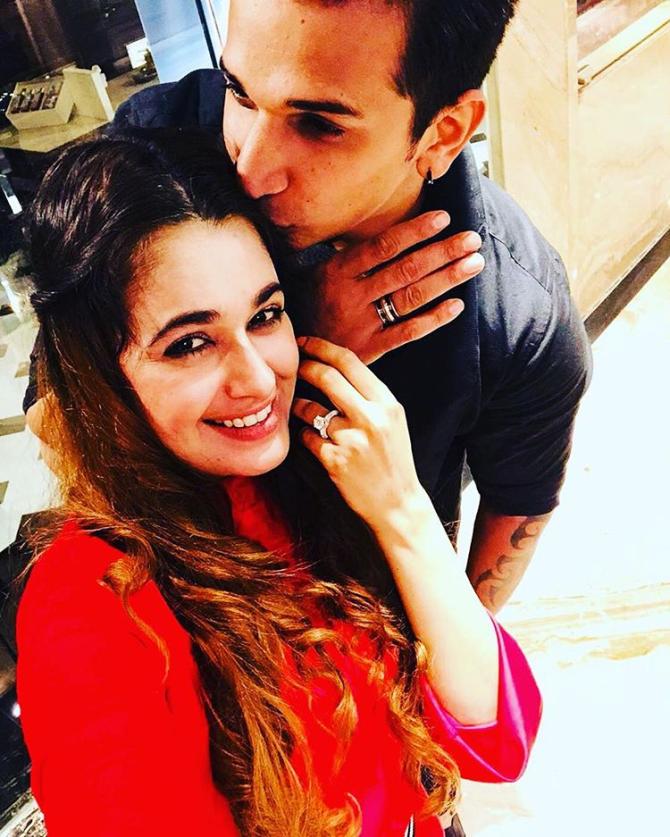 Coming  to their reception looks, Privika (as Prince  and Yuvika's wedding hashtag says) nailed it yet again!While the newbie bride is looking etheral in a grey-coloured off-shoulder gown, which she has teamed up with diamond jewellery and her locks neatly tied up in a bun adorned by hair accessory. On the other hand, Prince is complementing his love perfectly in his navy blue outfit. Here's their first look: 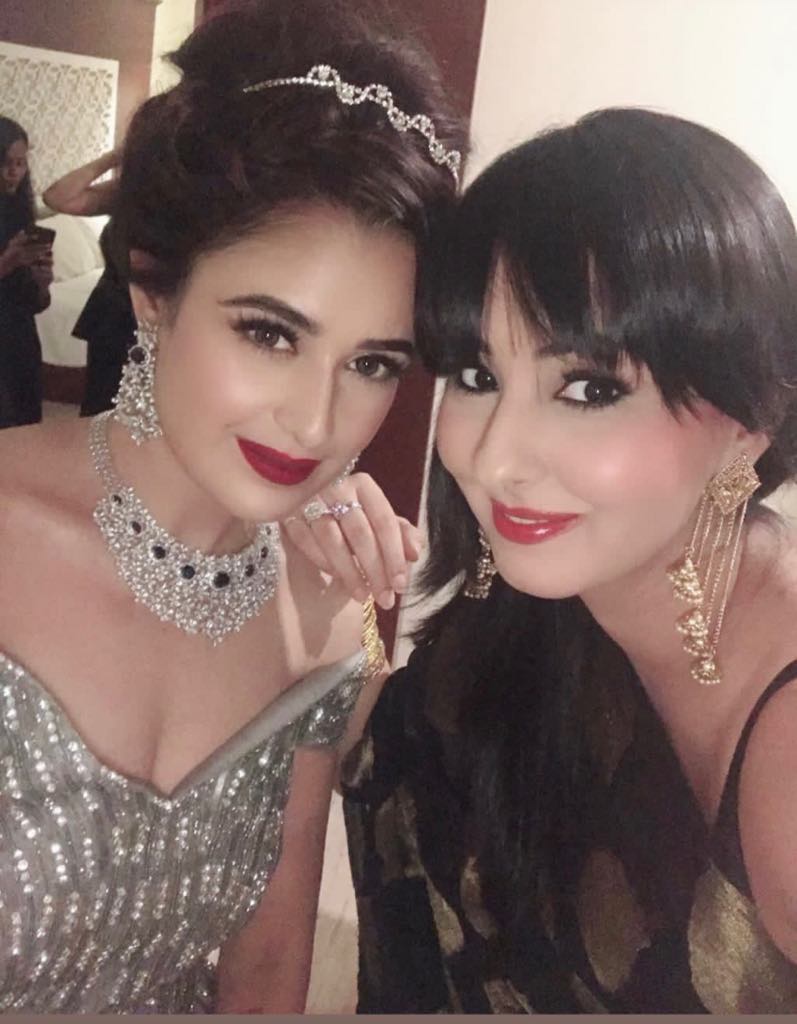 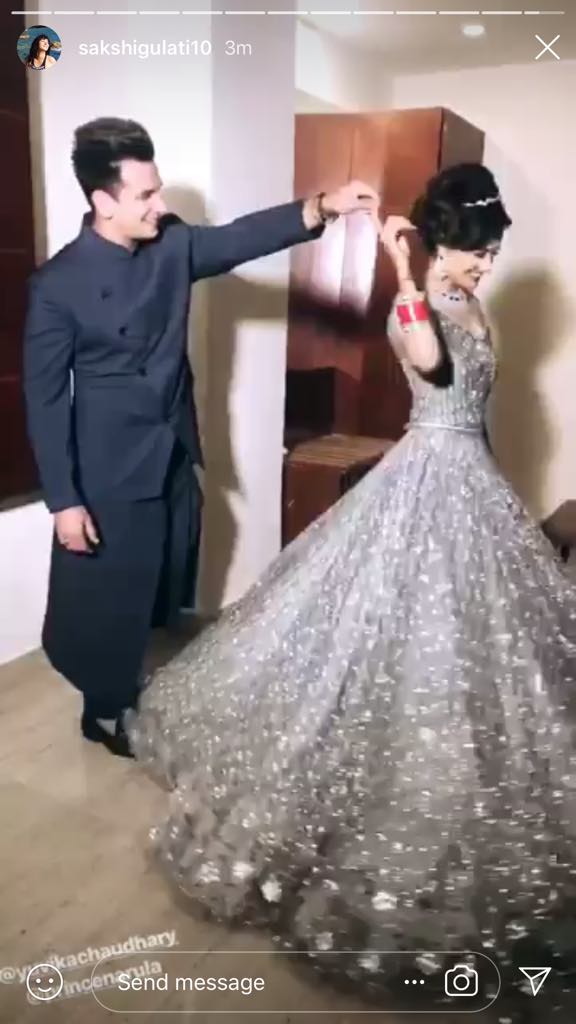 For the ones who don't know, Prince and Yuvika faught like crazy before the former proposed the latter. Yuvika herself shared this with Bollywoodlife and was quoted as saying,  “we were fighting like mad until yesterday. I had no clue he was secretly planning to propose to me because he was behaving so weird in the past few days. He was arguing on silly things, initiating random fights. So I was like okay then I don’t see a future with you, I think we are not meant to be together. But despite saying this, Prince refused to calm down. Instead, he too seconded my thoughts and was like Ya I think our relationship is going nowhere…we should end it. I was shocked to see this side of Prince. I even told him you have changed, you are not the same Prince I have known all these years.” (Also Check: Prince And Yuvika Met Due To This Famous Person, But He Was The Last Guest To Attend Their Wedding) 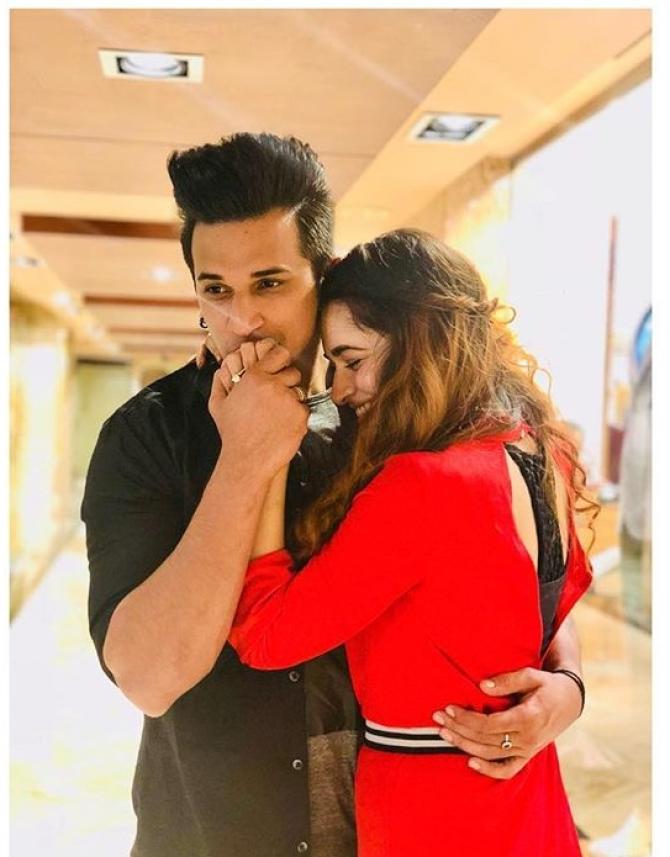 Yuvika further added, “I spoke to my mom and told her that listen, I don’t think Prince is the right guy for me but strangely even she didn’t side me and only had good things to say about Prince. She was like, “Isse Accha Ladka Nahi Milega”. That’s when I got more irritated because here this guy is agreeing to call it quits and there my mom cannot stop praising him. It was only after Prince proposed to me in front of both our parents at Taj(Mumbai) last night is when I realised that okay, he has involved everyone to make this proposal the most memorable one for me.” (Also Read: This Video From Prince Narula And Yuvika Chaudhary's Wedding Will Remind You Of Virat And Anushka) 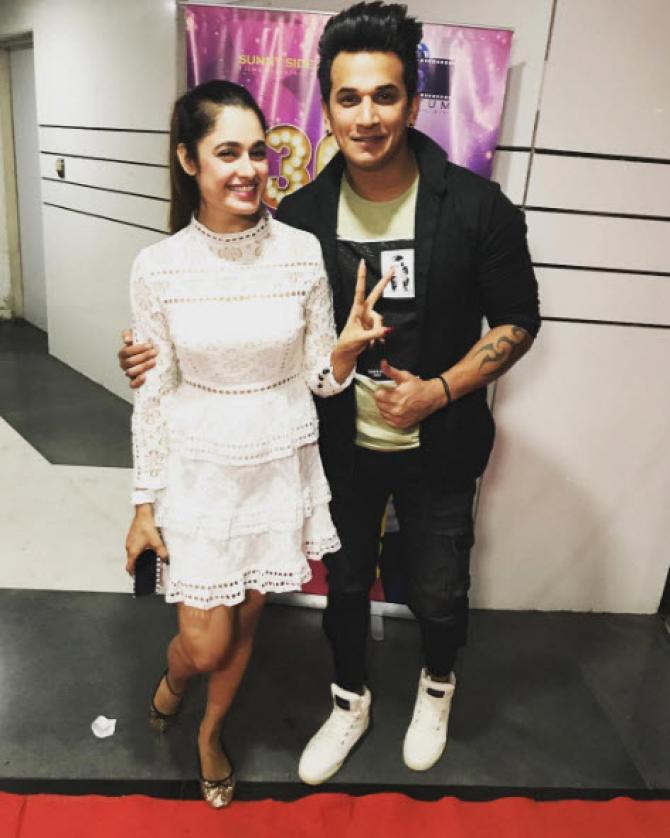 Addig further, she shared, “For a second, I was speechless when I saw Prince with a ring in his hand. I didn’t know how to react because my frame of mind was not right. But the moment I looked into Prince’s eyes, I had to melt down. He is a sweetheart and full filmy. I think the fact we both are so filmy keeps us together. I love him and I just pray that he stays like this forever.”

Congratulations once again Yuvika and Prince. May you two be blessed with a lifetime of  togetherness!